In late 2018, Mixmag reported that Enfield Council were planning to renovate the Meridian Water area, with aims to “transform it into a 24-hour nightlife destination.” The conversion of the complex's four warehouses, the largest of which could hold 7,500 people, was an ambitious and groundbreaking project.

Further revelations that Field Day would be heading there for a dance music-heavy offering felt like a further indication of the soaring demand from punters to come in their thousands to watch DJ sets. The "day party" had taken hold, the lines blurred between festival and club, a shift that had come as both a blessing and a curse to the wider scene.

Read this next: Goodbye Sweetheart: Inside the emotional last dance at The Cause

Regardless of its implications, it was an exciting time for clubbing in London. Tottenham's newly bustling scene as a result of the opening of the Ashley Road complex, namely The Cause and Grow, meant that there were even more possibilities for larger parties traditionally limited to high street venues or the warehouses of Hackney Wick. Printworks had just finished its first season, FOLD was about to open its doors for the first time just down the road. It wasn't exactly an easy time to open a club in the city - but there were shining lights of optimism to be found in these newly established spaces.

So it's with a heavy heart, just three years later, we approach The Drumsheds for its last ever show. 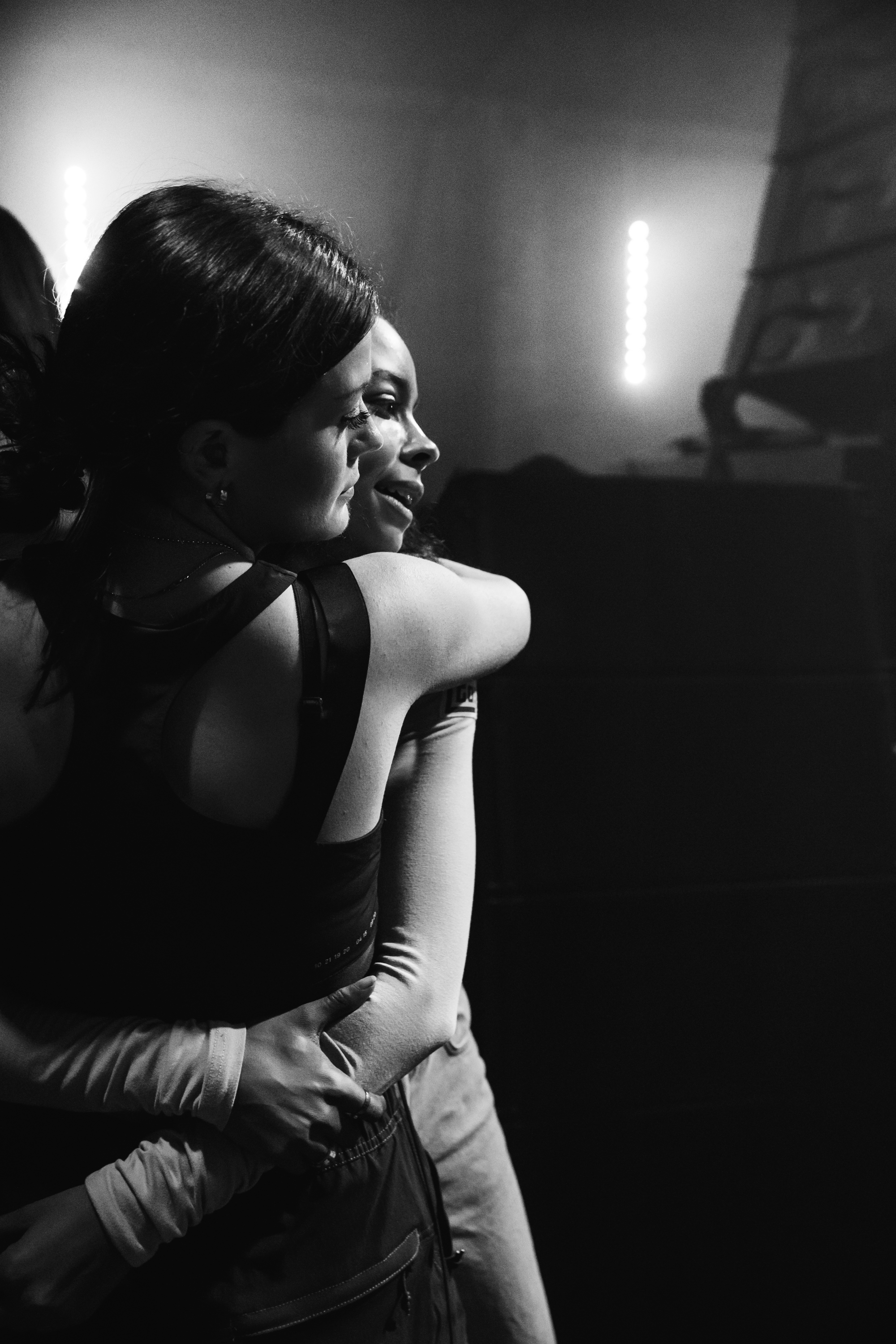 The closure of the site came as a shock to the music world just three weeks ago, when an announcement from The Hydra confirmed that its rescheduled NOT TO BE show on January 29 would be the final ever at Meridian Water. It's a last-minute ticket — but that hasn't stopped crowds in their thousands from rocking up to the Drumsheds on this crisp, bright January afternoon. The masses are decked out in their summer festival season-best, eagerly flowing into the venue, many of which have had their tickets since the originally slated show in December.

The line-up has changed slightly from the initial roster, with slated sets such as Joy Orbison b2b Mount Kimbie, OK Williams b2b Fauzia and Powder b2b Hashman Deejay unable to go ahead. However, there's little complaint from the masses about new bookings Ben UFO, TSHA, EFFY and Gabrielle Kwarteng.

Along with Moodymann b2b Carl Craig, Four Tet b2b Floating Points, Jon Hopkins, Danilo Plessow b2b Jennifer Cardini, Jon Talabot b2b Violet and many more, the day is building up to be a cracking send off for the warehouse venue. A welcome relief for Londoners tentatively returning to nightlife following cancellations due to the Omicron variant over Christmas and New Year.

“So many events were getting cancelled because of COVID rates, and I even got COVID myself and had to isolate for 10 days,” one attendee explains to me. “But I’ve been so excited for this for such a long time, and I mean come on Ben UFO b2b Joy Orbison and Floating Points b2b Four Tet, who wouldn’t want to see that?”

Though among the happy faces, groups huddled together bursting in anticipation of what is to come - there's still a mood of sadness. Sadness from already established fans of the Drumsheds who are sad to see it go - and sadness that comes from a deeper unsettling mood surrounding the future of London's nightlife: "So crazy this is the last party," a group of girls can be overheard muttering at the bar in Unit 9. "First The Cause and now this, will there even be any clubs open in 12 months?" 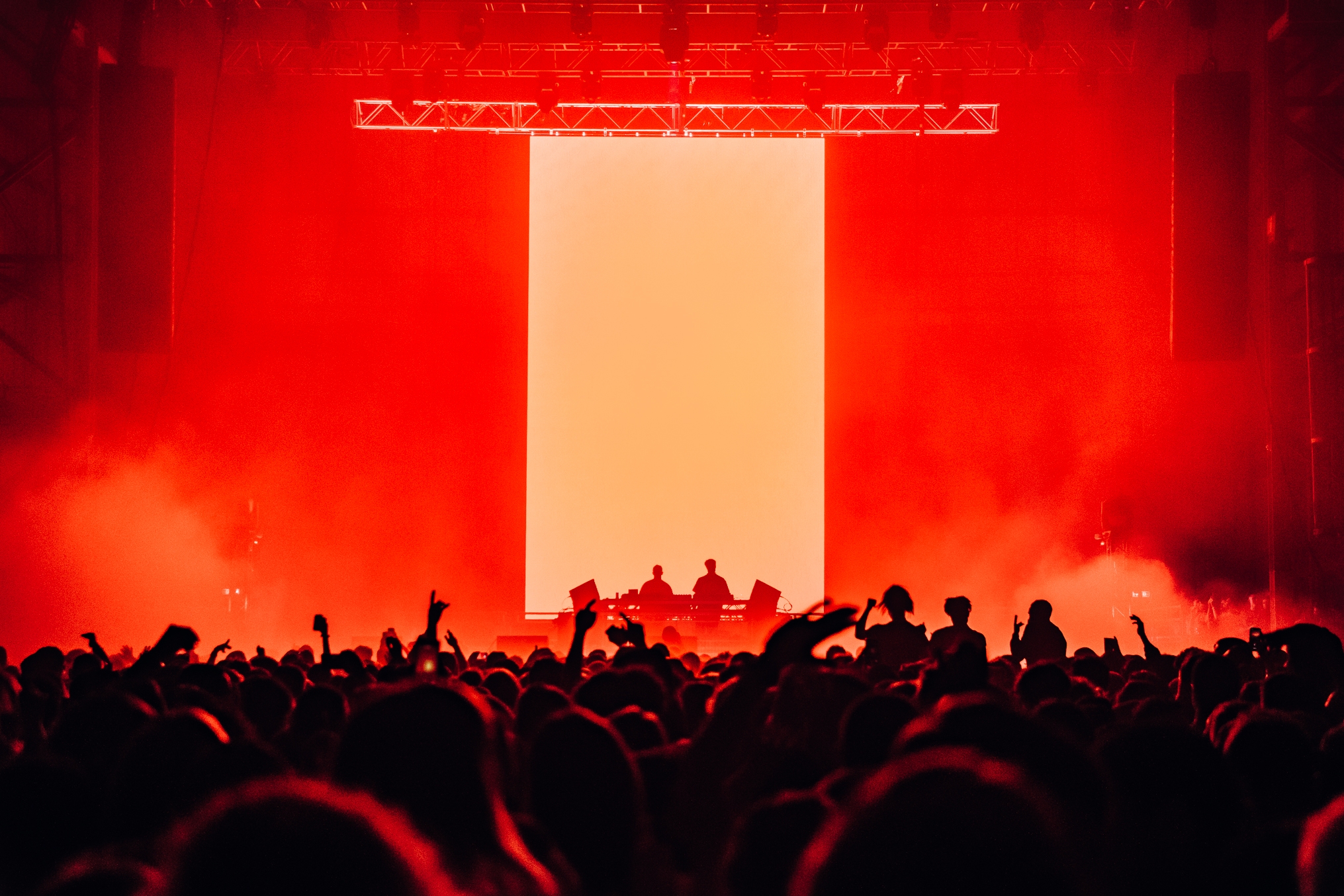 For much of the crowd, this is their first-ever time at the Drumsheds. A concept that should seem unusual, except the venue has hosted just a handful of shows following its opening in summer 2019 before the pandemic closed the majority of venues. Enticed by the line-up, many people tell us that they booked their ticket due to the “unmissable” combinations of DJs who were going b2b.

The show really doesn't disappoint with so many stellar acts all in the same place, it was bound to get people moving and lose themselves within the music. TSHA and EFFY set the bar high with their feel-good groovy house-heavy set, the pair are clearly enjoying themselves as they dance the day away to bangers such as ‘Smack My Bitch Up’ by The Prodigy, The Chemical Brothers' ‘Hey Boy, Hey Girl’ and Floorplan’s ‘Never Grow Old’.

Read this next: How to B2B: Six DJs share wisdom on the art of sharing decks

"Unit 9 is one of the best rooms I've played," EFFY tells us later. "The energy in the room was electric. [I'm] very sad the Drumsheds is shutting down. It's been such an hour to be part of the last event. I've had the best time ever." 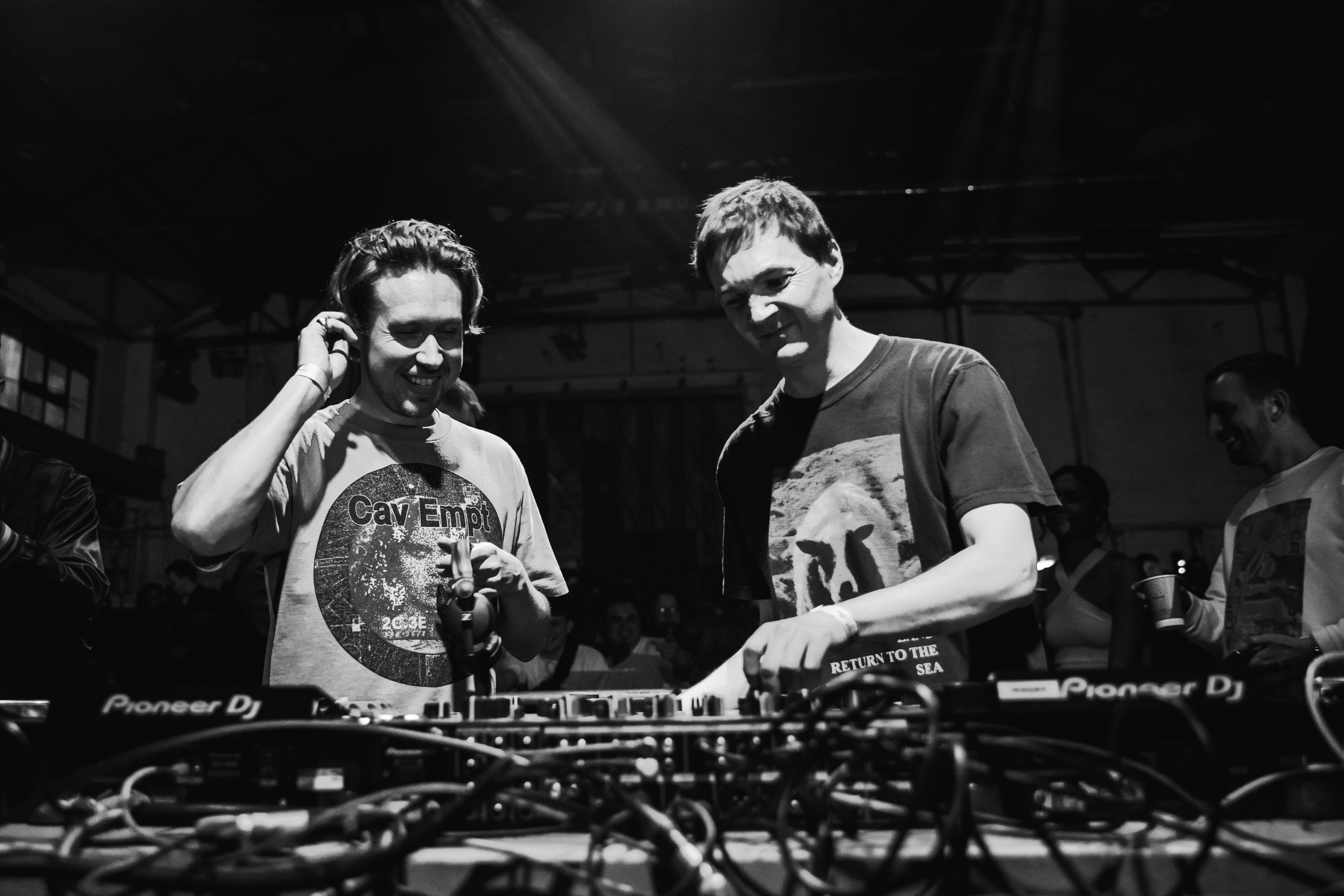 Upon making your way into Unit 9 for Ben UFO and Joy O's set, you’re met with a large sea of people all facing the DJ booth to witness the two in action - the room is full of good energy, chatting and playing some naughty tech house cuts. The pair seamlessly transition through a variety of genres, from techno to jungle, to breaks - but the biggest reaction comes from the certified sound of the summer 2021 - Overmono’s ‘So U Kno’.

Floating Points b2b Four Tet match the emotionally heavy atmosphere of the day. As one of the closing sets, it serves as a goodbye to the venue. The pair play a club-friendly offering with some remixes, including a seductive rework of 'Is There Someone Else' from The Weeknd’s new album. The dancefloor is filled with an abundance of swaying bodies, many of which are embracing and taking in the moment. The clear consensus is despite this being the first time for a lot of people, many have grown attached to the venue over the short course of a day and were are feeling disheartened that there won’t be a “next time” for them. 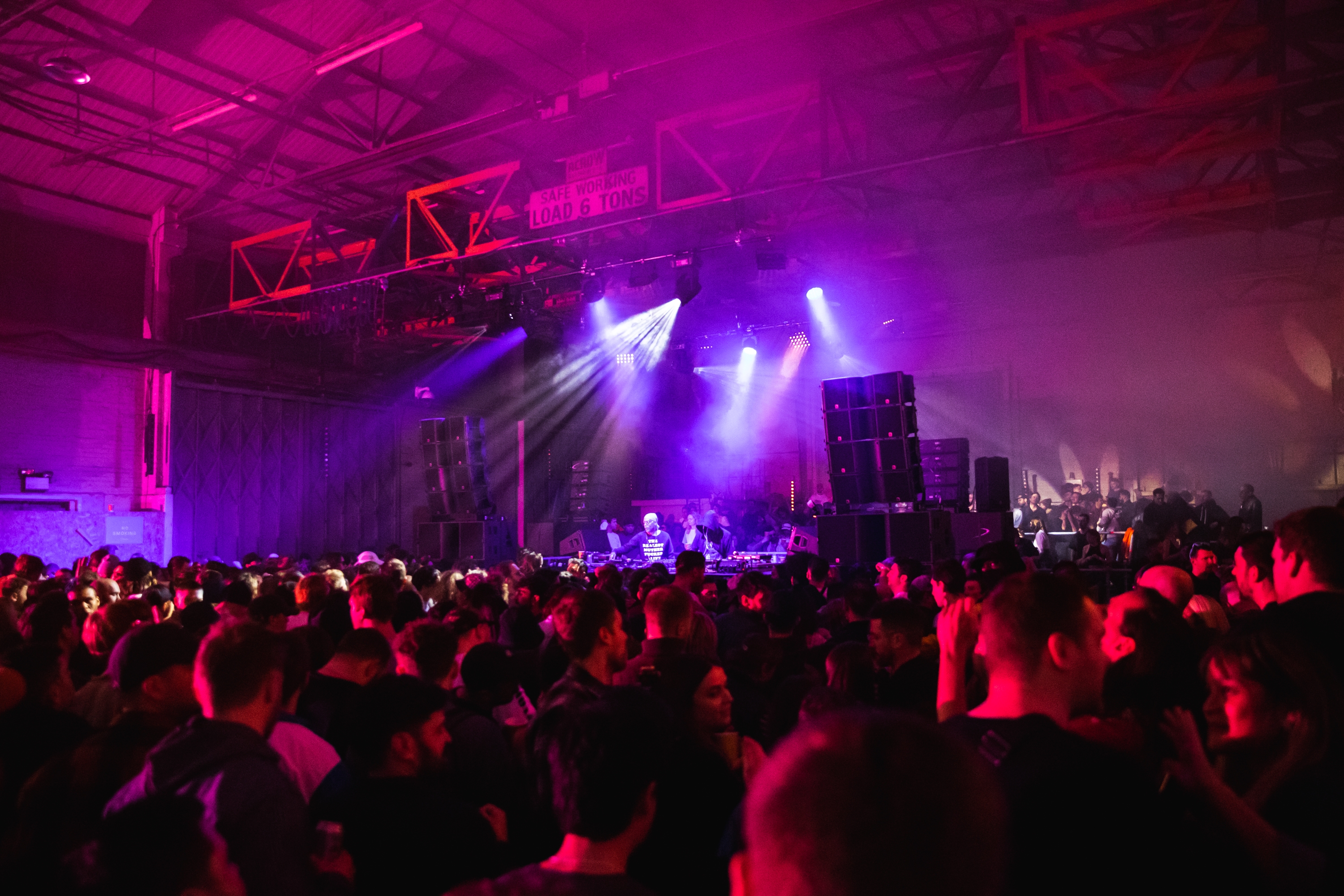 Detroit's finest Carl Craig and Moodymann send shockwaves through Unit 9 during their closing set, with succulent drops of ‘I Can’t Kick This Feeling When It Hits’ and Tom Trago's 'Use Me Again' with nary a clear eye in the house as Moody sets off a gritty remix of The Beatles' 'Come Together'. As one of the last songs to ever be played in this mammoth room, it's clear people want to soak up every morsel of energy.

Read this next: More than a quarter of UK clubs have permanently closed since 2015

“No, I’ve never been to Drumsheds before, but this environment is something I could not miss. Plus I just love house music and wanted to experience it in a setting like this one,” one old-skool raver tells us, with a fulfilled look. “I’m a huge fan of both TSHA and EFFY, and obviously am a massive fan of Moodymann and Carl Craig. These b2b bills were unmissable. I hope we can experience something like this in London again” 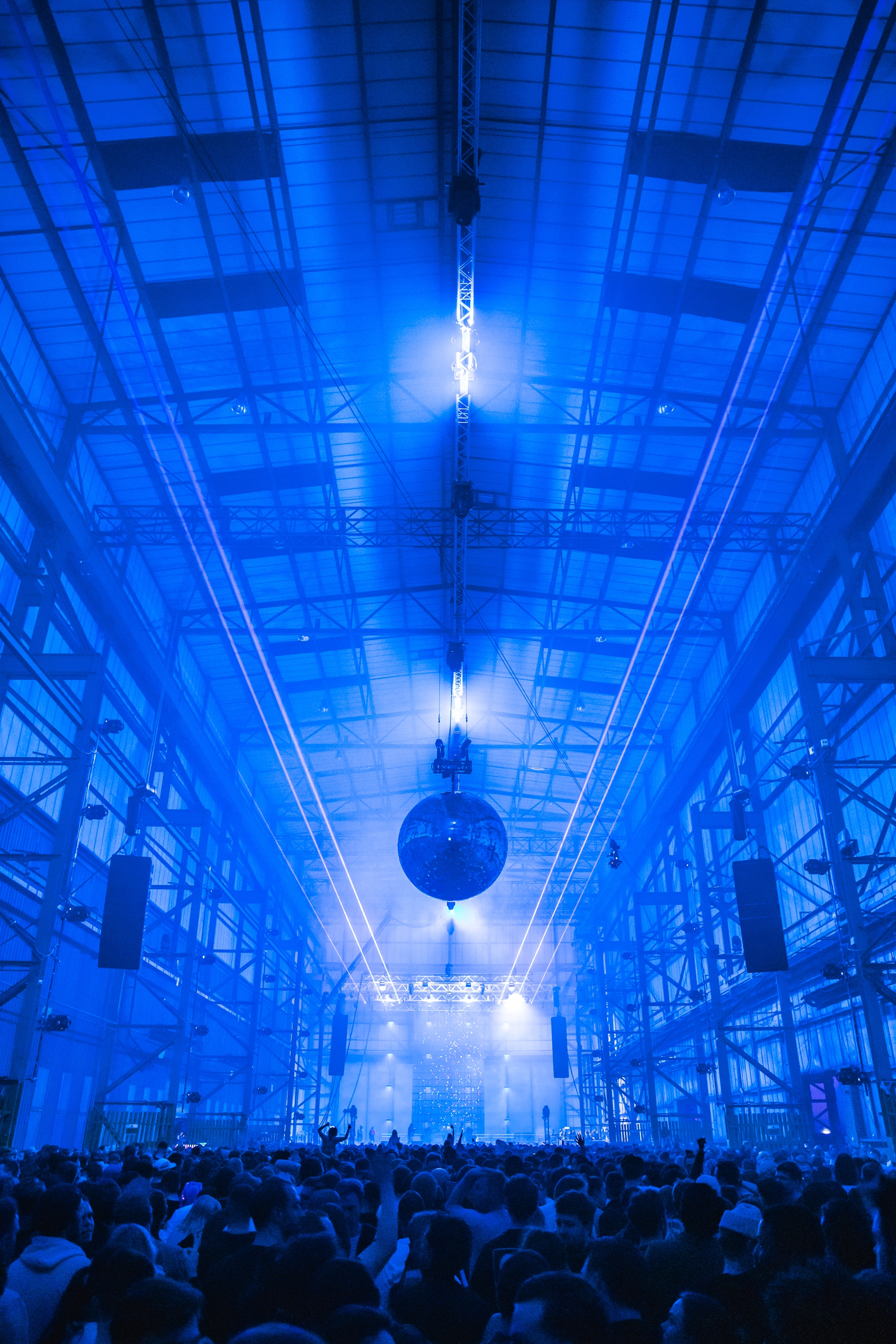 In 2018, former Mixmag Digital Editor Funster wrote: "Seven Sisters and Tottenham Hale have become as ripe as you like for new venues, scenes and artists. People are travelling to 'destination venues' more than tried-and-tested walk-up spots and that in itself is exciting for London’s nightlife."

So in 2022 - alongside the closure of Ashley Road venue The Cause in early January - the loss of the Drumsheds is a depressing sign of the times, a harbinger for an alarming trend of club closures not just in North London, but across the city. While nightlife is always subject to ebbs-and-flows, the Drumsheds relatively short tenure of just 15 shows feels overwhelmingly discouraging. The huge warehouse venue was an ambitious project, launched in a time when there was a real sense of optimism for clubbing - the repurposing of an awe-inspiring industrial space was a move to be heralded, and its a real shame that the gamble doesn't appear to have paid off. But there's consolation in the fact it got a proper rowdy send-off.