Tottenham's new clubs and venues could be the best in the city.

Anyone who’s lived in London for an extended period of time, knows that the city experience's regular cultural and geographical shifts with regards to nightlife and certain area’s popularity. Years ago, Shoreditch was once was the hottest spot and the ‘trendy’ place to be seen, it had the coolest parties and Brick Lane was a bustling hub of energy. Fast forward about five years and everything shifted towards Dalston, with Kingsland Road acting as a brightly-lit strip full of bars, clubs and late night haunts.

Dalston, and indeed the Hackney area has always been an attractive choice of party destination north of the river but over the last 18 months, we’ve seen yet another geographical move, this time even further north. Clubs up and down Kingsland Road, due to strict licensing laws and less foot-flow than ever before, are shutting up shop at an alarming rate. Dance Tunnel was of course the first to go but now spots like The Alibi, UNDR (formerly known as The Nest) and Birthday’s have all closed their doors, leaving only Dalston Superstore and the newly opened EartH to hold the fort.

While times in Dalston may be tricky, it’s further up Kingsland Road in North London, towards Tottenham, that the fun is really taking place. Seven Sisters and Tottenham Hale have become as ripe as you like for new venues, scenes and artists. People are travelling to 'destination venues' more than tried-and-tested walk-up spots and that in itself is exciting for London’s nightlife.

Here are some of the best places to go if you fancy some naughty North London action. 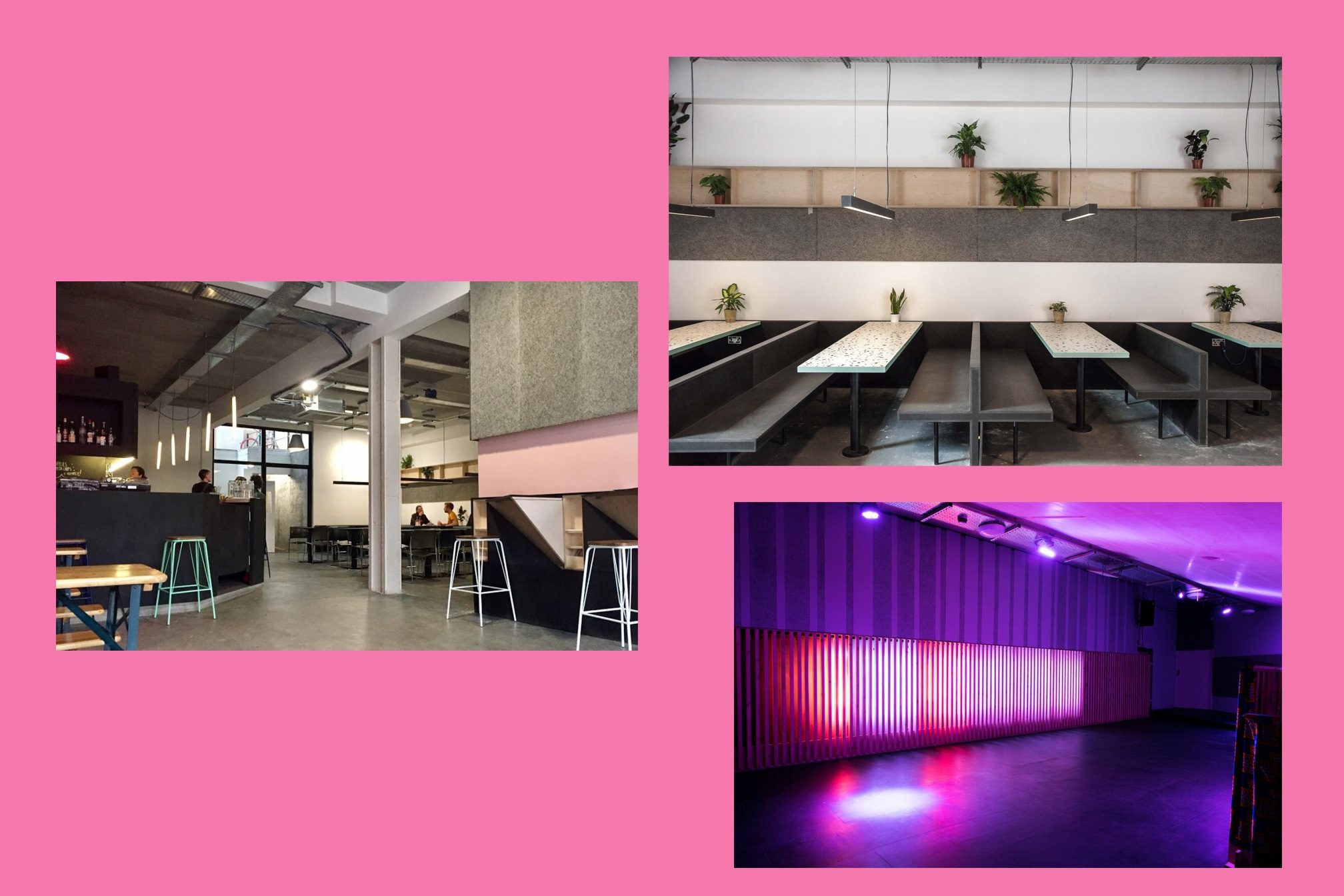 Run by the Real Gold crew, the team behind the beloved, dearly departed Alibi in Dalston, Five Miles has become the pillar of the Tottenham revolution. Situated directly between Tottenham Hale station and Seven Sisters, the venue is a bar, club and brewery and it’s been delivering the goods on all three fronts since May 2017. The wide selection of craft beer is a plus for lager lovers and the license runs until 4am. In the short space of time it’s been open, the 300-capacity club has established itself with both off-kilter and higher level bookings. This year’s Dance For Refuge night with Peach, Eclair Fifi and Lone was a particular highlight and they’ve also welcomed artists like DJ Fett Burger, Ben Sims, Powder, Rrose and Binh. Arguably, Five Miles’ success has paved the wave for other venues in the area and with bookings like that, it’s the jewel in Tottenham’s crown. 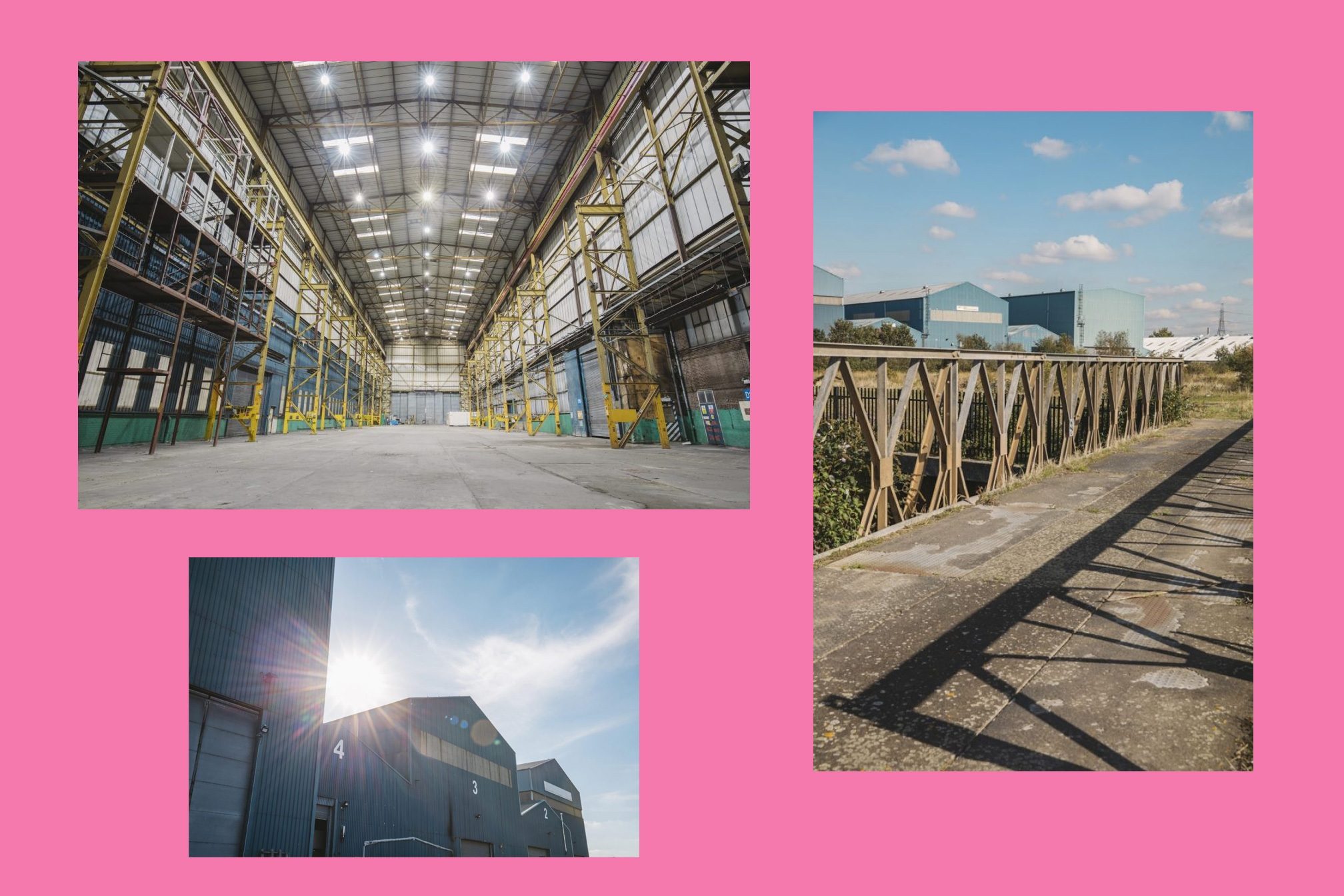 As one of London’s longest standing day festivals, Field Day has had its fair share of world renowned bookings. 2017 was perhaps its defining year as the event showcased an Aphex Twin headline set that dazzled both onlookers inside the giant metal structure and viewers at home via a live stream. Victoria Park was its home for several years until this year it moved south to Brockwell Park but 2019 will usher in a new era for the festival as it moves further north than ever before. Promising a ‘game changing’ new 10-acre site at a former gas works in Meridian Water, Enfield. Field Day’s director Luke Huxman says “This new site will allow us to break down the restrictions that London festivals are normally faced with and deliver an unrivalled experience.” It’s an extremely exciting move and with later runtimes and four warehouse structures announced, the largest of which holds 7,500 people, it’s yet another reason North London is thriving at the moment. 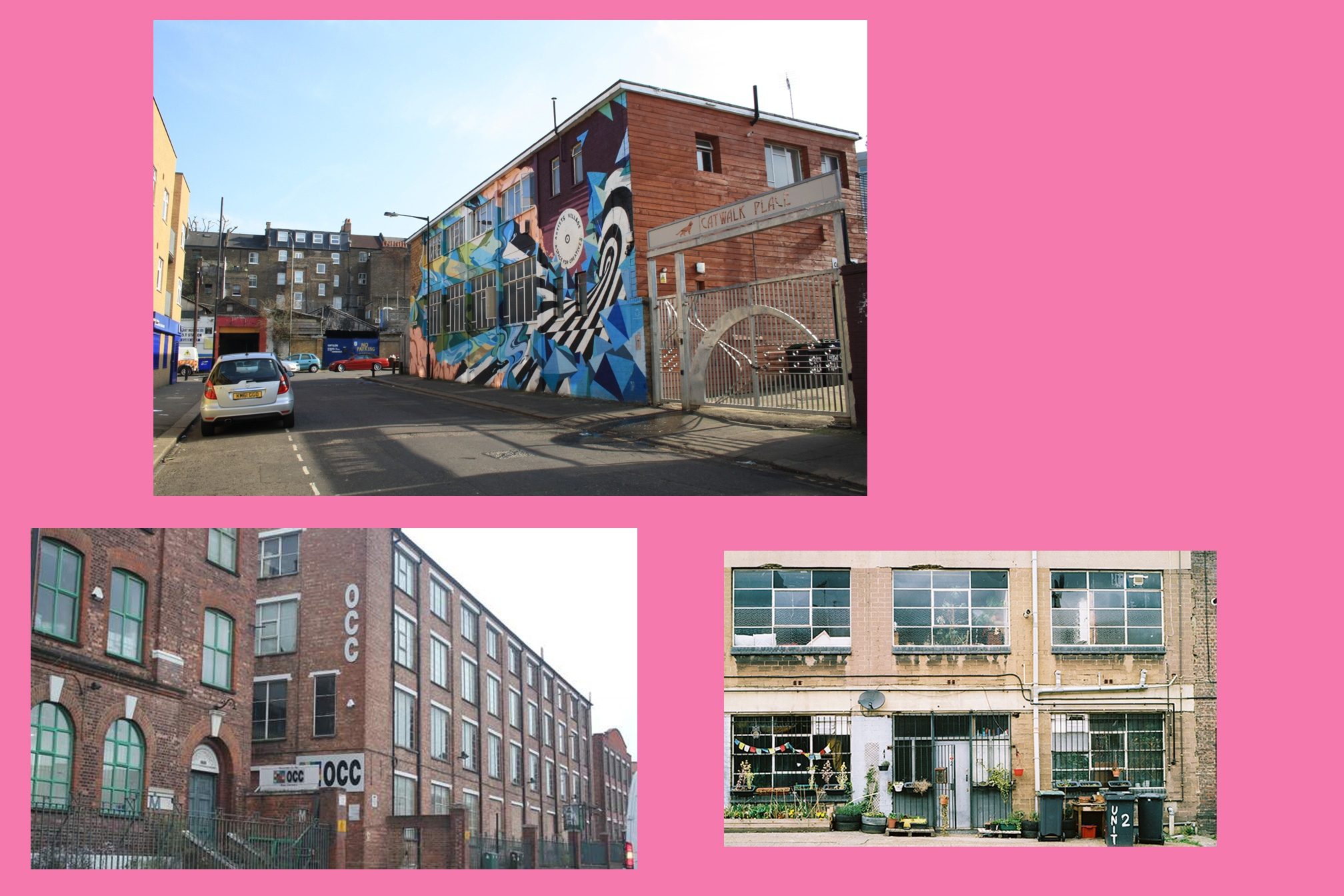 Anyone already familiar with North London and beyond can vouch for the fact that the best parties and shindigs often happen outside of the clubs. We’re not talking in fields or in cute little bars for this, we’re talking about the warehouse districts located all over Manor House, Seven Sisters and Haringey Green Lanes. The vast majority of these areas hold big communal warehouses where creatives to reside. There is incredible graffiti around every corner, bustling communities with young professionals involved with music, art and theatre and of course, there are some rowdy parties. Some of the best parties we’ve been to take place in an eight-man warehouse located in Manor House and the beauty of it? They’re pretty much off-grid. They’re not really advertised, whether you’re supposed to know about them is a different thing but if do find one or hear about it on the grapevine, go forth and explore. They’re really fucking good raves. 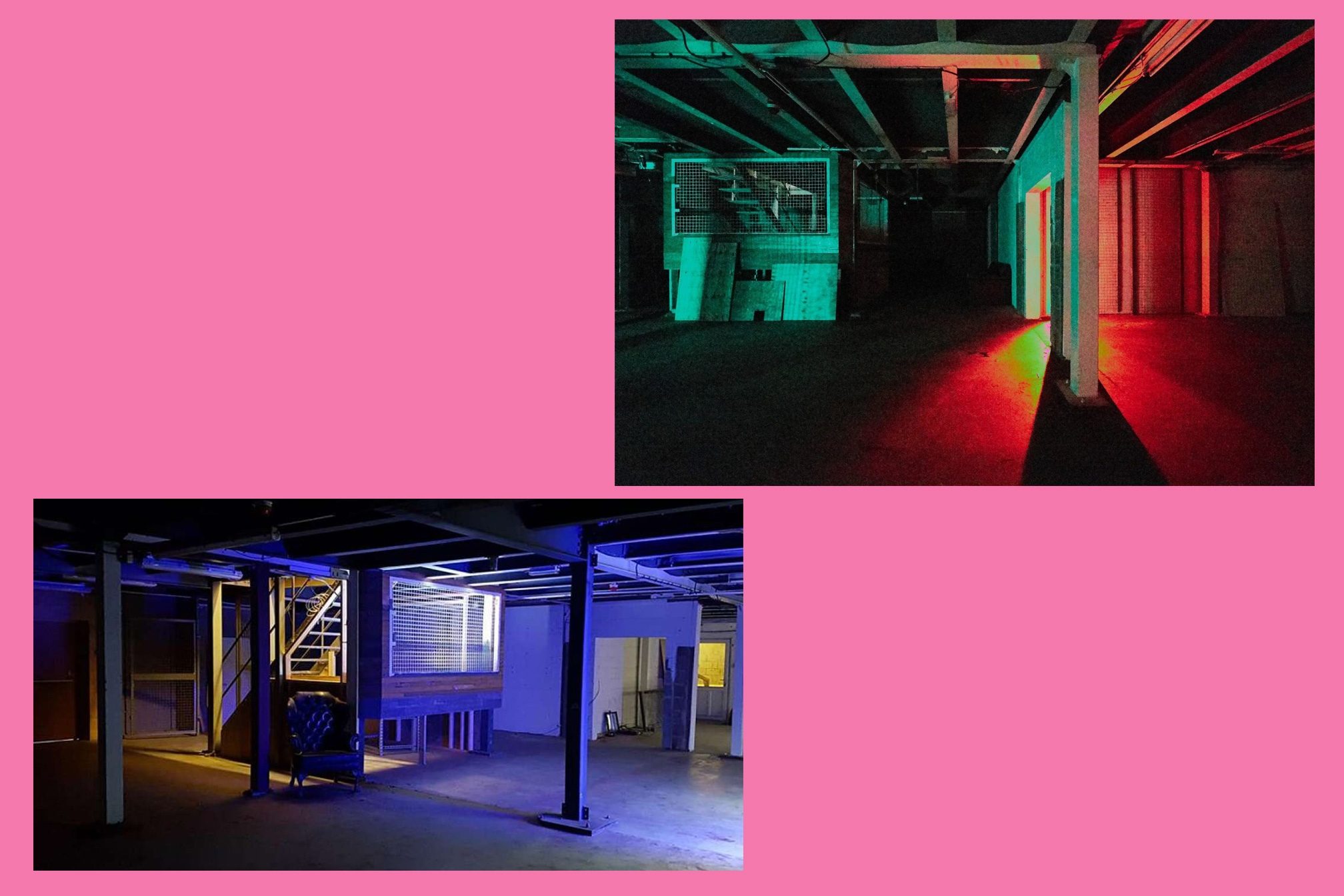 We love unique clubbing experiences. The best venues aren’t just clubs, they’re sensory overloads that keep you guessing what’s around every corner. Sure, the usual factors have to be present for a night to be good, but going to a venue that surprises, shocks and keeps you on your toes, that’s special. We’d file De School in that bracket, we’d almost certainly put Berghain in there, and over the next few years, Londoner’s will be calling The Cause their go-to spot. Located in a dark and steely former mechanic depot, the 400-capacity space features numerous dark and twisting rooms, a Core soundsystem and a DJ booth that’s actually a steel cage in the middle of the dancefloor. It’s dark, a bit weird and everything you’d want in a basement. The bookings recently have been top notch too with the likes of Apollonia, Skee Mask, Actress, Paranoid London, Prosumer and Fumiya Tanaka all set to appear before the end of the year. What’s most exciting is (as the name suggests) The Cause aims to give back to charities like Mind In Haringey, C.A.L.M and Help Musicians UK with money made from the events. All in all, a very good egg. 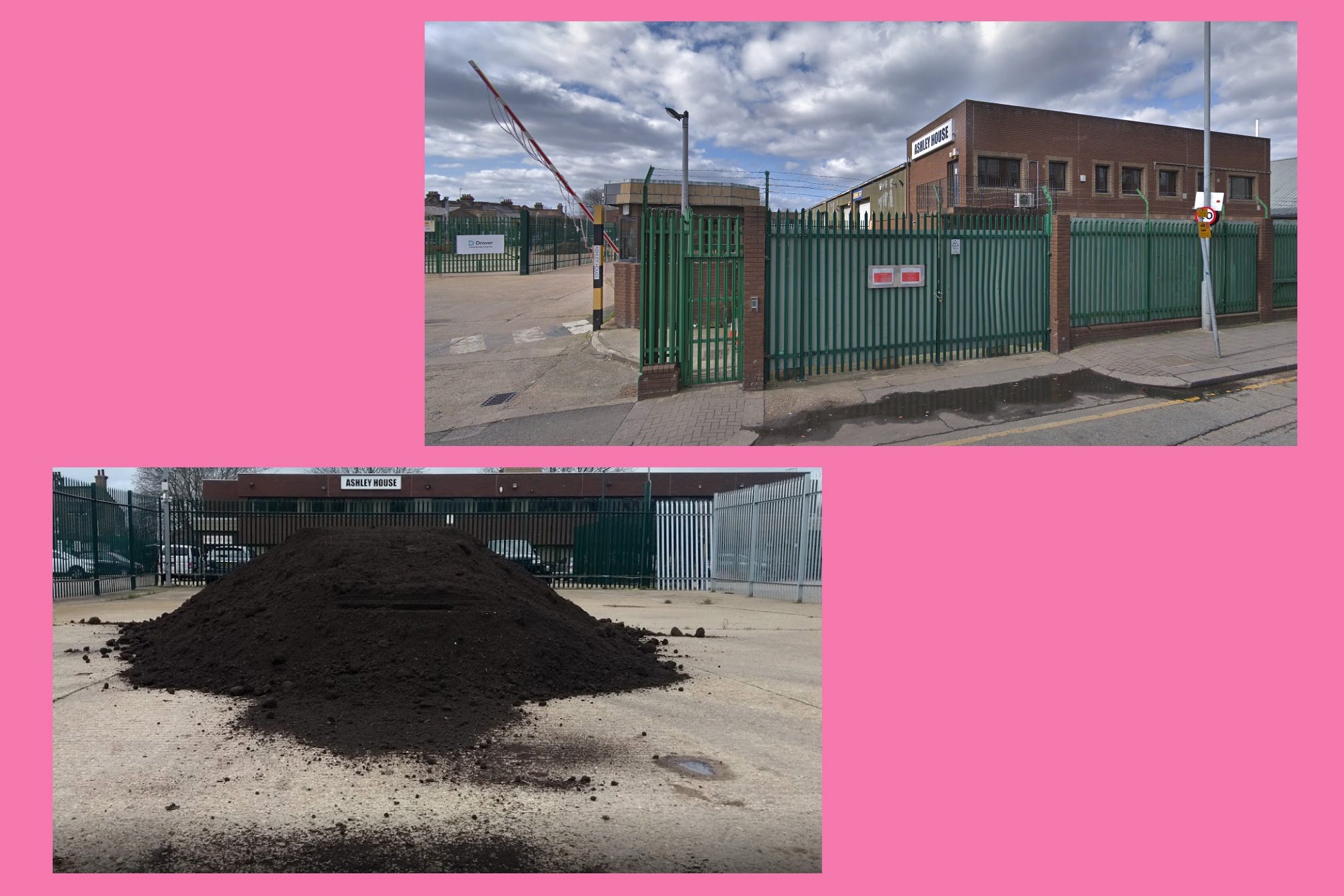 Situated directly next door to The Cause, Grow Tottenham is 10,000sq ft community garden that plays host to events, volunteering sessions, workshops and provides a space where local schools can teach children how to grow their own food. As far as giving something back to the area goes, Grow is going above and beyond the call of duty to offer really progressive services to the local community. When it comes the the parties, the talent that's played at the club is as diverse and the venue's operating policies. Francesco Del Garda, Low Shea, Andy Blake and Valentino Mora have all graced the decks and for the bigger events, Grow teams up with The Cause to put on bigger scale raves with Derrick May even coming up to the North London hideaway. Another truly great reason to choose Tottenham as your destination right now.

Funster is Mixmag's Digital Editor and his favourite place in Tottenham is Perfect Fried Chicken in Seven Sisters, best wings in town, follow him on Twitter