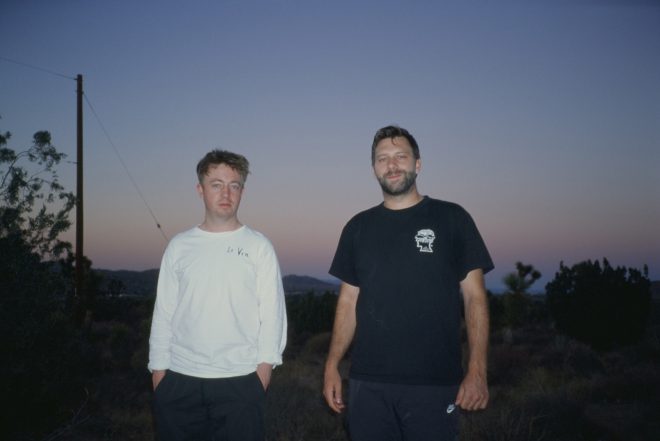 Mount Kimbie are back with two new tracks.

Titled ‘Black Stone’ and ‘Blue Liquid’ are hitherto unheard offshoots from the ‘Love What Survives’ sessions.

Read this next: In Session: Mount Kimbie

With dissonant guitars against woozy, chugging sonics, the influence of the 2017 release is clear.

The duo has shared the tracks to mark the 4th anniversary of the critically acclaimed album.

Read this next: Warp 30: "Every time there's an anniversary, we subvert the idea of patting ourselves on the back

Eason says the video is “about waiting, moving and stopping. Collective moments of solitude experienced between one place and another.”

In the last year, Mount Kimbie have produced and featured on tracks for Slowthai’s No.1 album 'Tyron'. The pair have also designed and created music for Undercurrent - an immersive installation addressing the climate crisis through new interactive multimedia installations.

Fans can download 'Black Stone' and 'Blue Liquid for free on Mount Kimbie’s website until August 1, or pre-order the white label 12” now.

Check out the 'Black Stone' music video below.