Kickers Presents is a platform that spotlights up-and-coming young creatives, supporting them on their career journey and offering insight and advice into a multitude of creative careers. This article is published in partnership with Kickers Presents to showcase the work of Bailey Slater, a freelance journalist currently being spotlighted on the platform.

As the endless flow of human traffic makes its way through the depths of Green Park Station, there are two distinct, yet disparate groups making their way to very different destinations. One group are clutching bouquets of flowers and Paddington Bear toys and brandishing sad stares with eyes firmly set on a 24-hour wait in The Queue. The others, the ones pulling tinned cocktails from Arc'teryx cross-bodies and arguing about set splits on ClashFinder, are en route to North Acton for the last big blowout of the Summer. Which group are about to see history in the making? Only time will tell.

Many a nervous ticketholder had been waiting through the week for confirmation Waterworks would be indeed going ahead, a doomed prospect it seemed following the cancellation of Boiler Room festival by Southwark Council earlier in the week as a mark of respect following the death of Britain’s longest reigning monarch. Odd really, we're sure Queen wouldn't have wanted to keep her two-stepping subjects from enjoying a blistering mix of bassline warpers and gun finger-blasting techno under the breezy September sun. Hounslow Council on the other hand, not so much. So it's with intense relief as we rock up to Gunnersbury Park and hear the distant bass thundering through the bushes. 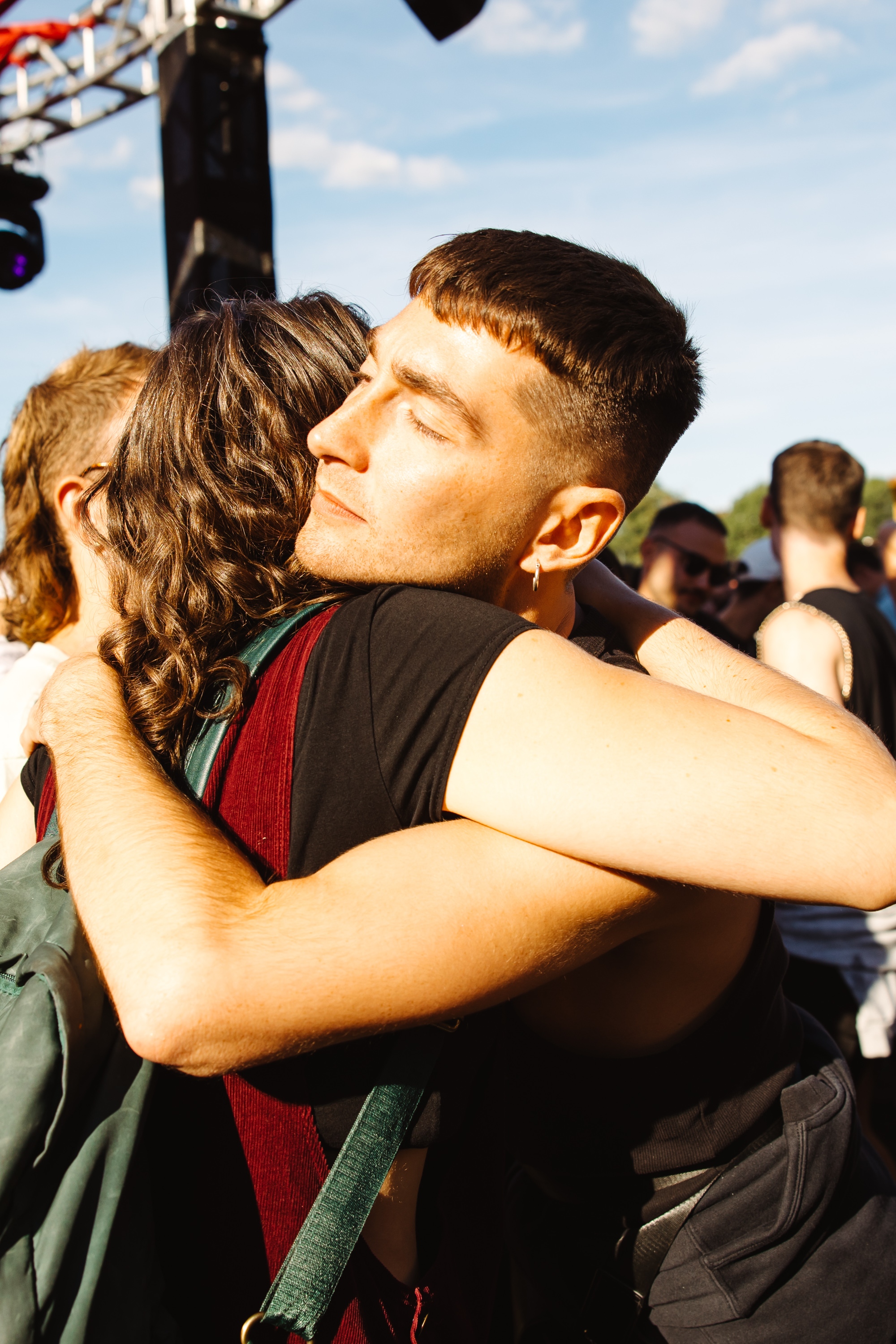 The brainchild of the creative teams behind Percolate and Love International, Waterworks acts as a swan song for a truly frenzied festival season — a celebration of electronic in all its wild and wonderful machinations. Now in its second edition, its role as the newest kid on the block has by no means been to its detriment. Commendations of last year’s gathering spread far and wide, and, coupled with a monster line-up that includes the likes of DJ Storm, Toshiki Ohta, Peach, BIG DYKE ENERGY, Bradley Zero, Digital Mystikz, Moxie and Midland, provided a vast and varying mix for the perfect sophomore festival.

Read this next: 15 photos of Waterworks flawless debut festival in London

By the neighbouring portaloos, Acton residents proudly confess their ignorance of the upcoming party. They’re just here for some piano house and a sing-song, they admit, but still walk around with a dazed grin plastered across their cheeks once a big beat incenses the crowd peering towards the main gate. 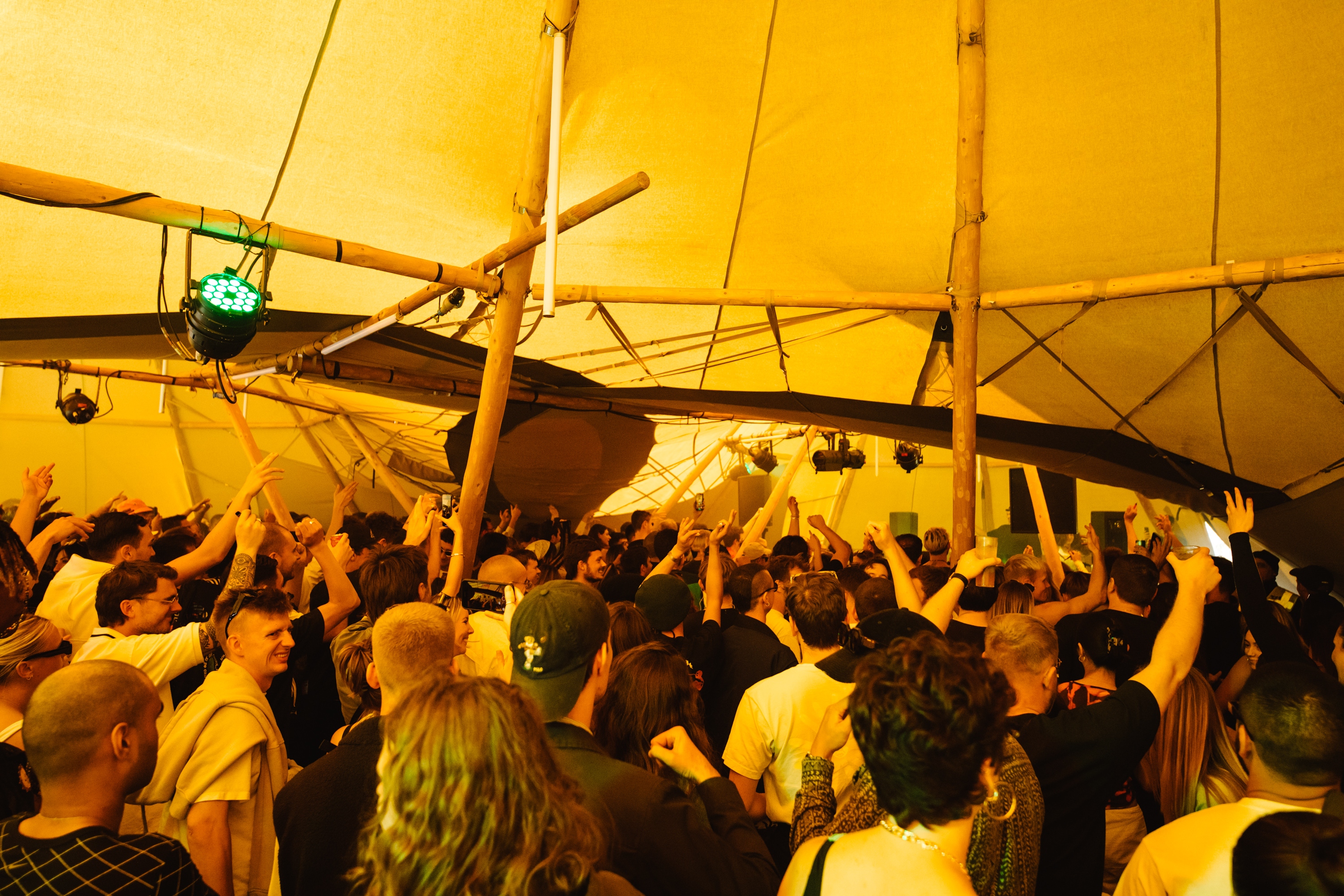 The crowd at the bar are a mixture of slogan tee wearers brandishing witty quips like “I <3 Ham Barms”, the traditional “Jesus Loves UK Garage” and Carhartt graphic punters, as well as enough bejewelled Ed Hardy hats that lost property, are going to have a serious Y2K Depop boutique on their hands come doors close. Marching toward the Cedar is an army of frumpy knitted frog hats, ready to stomp through the gravel to the speedy rhythms of 'City Lights' by Terry Lee Brown Junior, the first of many tech-classics that attract swarms to Club Fitness. Some stay for The Ghost, while others drift away to the festival's central Water Tower, which, for what it lacks in general sound-carrying, makes up for in concept and the magnetic pull of Dr Banana b2b Evan Baggs, Palms Trax and Shy One. 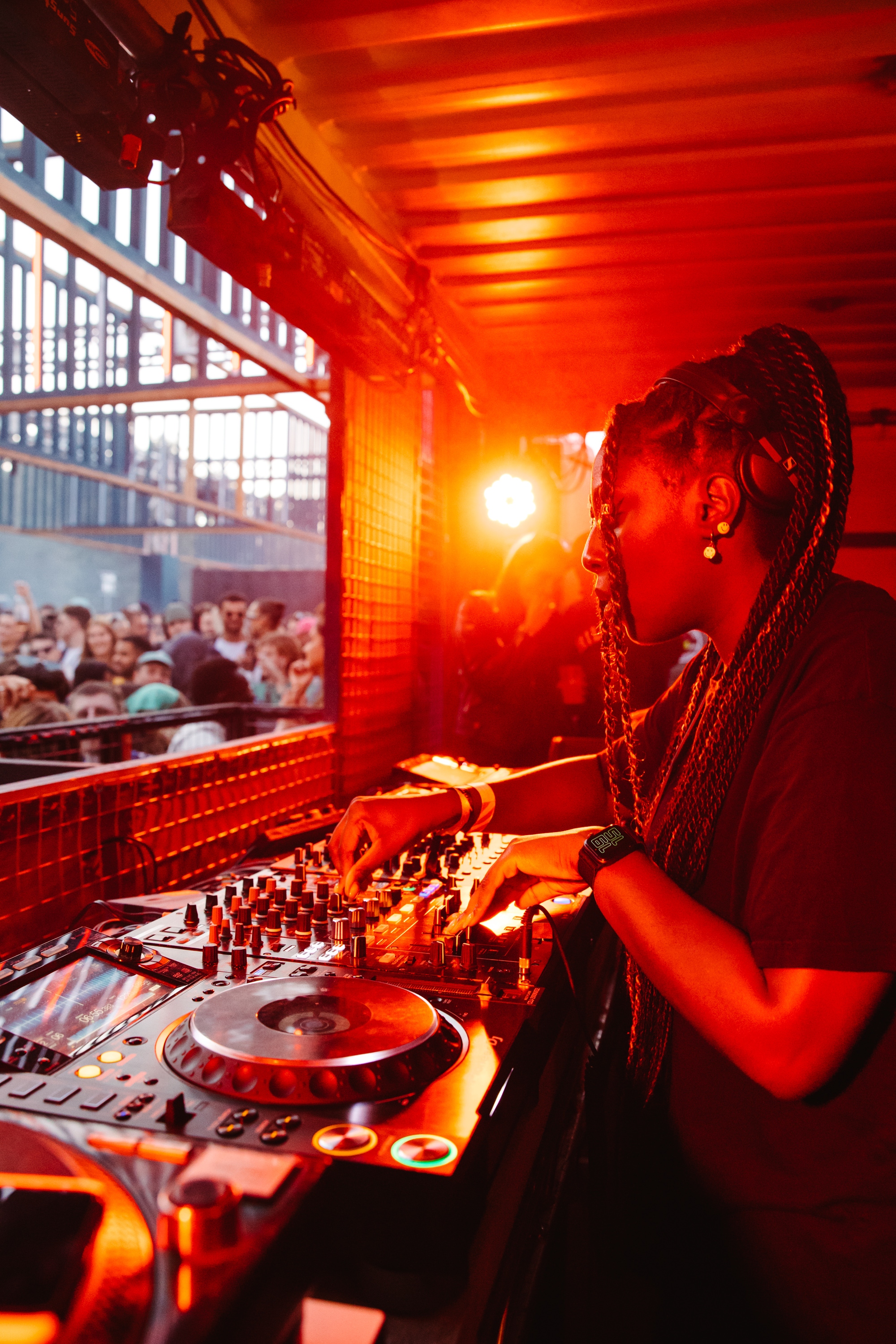 For those averse to large and lairy crowds, Keep Hush’s Hi-Hat tent provides the perfect respite by way of an intimate radioactive lair where headliners Skee Mask and Batu are set to lure in a scant amount of tired, sweat-resistant ravers towards the night's end. Yazzus and LCY go toe-to-toe with the frenetic clamour of two unabashed speed demons in one of the day’s most invigorating performances. We’re talking thunderous Sugababes dubstep edits courtesy of Hadouken!, a crowd-pleasing, unreleased, nearly-nightcore edit of Bodyrox’s 'Yeah Yeah' concocted by Yazzus herself, and some drum 'n' bass cuts so filthy they might as well have been the backdoors of a tradesman's van that read “clean me”.

Read this next: The 10 ways festivals are tackling social and environmental issues

Out promoting new EP Tresor, the former echoes an affinity for the eclectic mix of genres catered for across all the Waterworks stages, one that allows indulgence in the kind of UKF compilation rips that “only Londoners would get”. “It wasn’t just one or two genres,” she tells me after the show. “I felt like every stage had loads of different music. I think that was my whole thing with Waterworks and why I was really excited to play. It's been a long time since [LCY and I] went b2b, and I feel like both of us have really grown in terms of our artistry, so it was really nice to come back and have fun with it.” 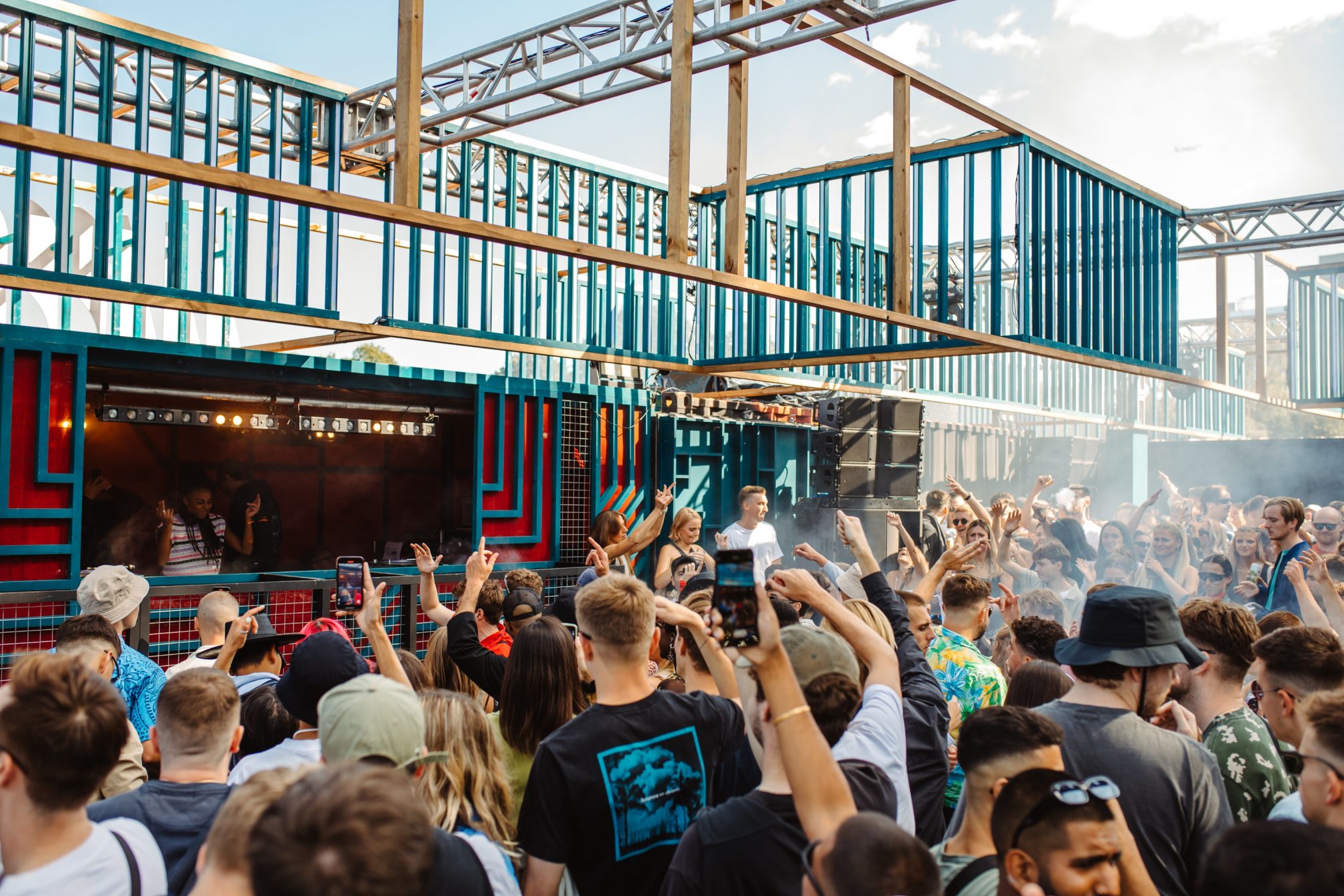 A slight setlist mix-up eventually led the high-energy cohort to Yung Singh, who was in the midst of his own detour through the bouncy annals of clubland. So popular was this set that not even a b-line down the right-of-stage railings got revellers within earshot of the soundsystem (believe us, we tried). Still, many stuck around to bask in the glory of bouncy garage and bhangra beats that ricocheted from the wooded enclave of Resident Advisor’s Siren stage. Anz, Manchester’s maven of feel-good spinning, is herself tuned into a similar frequency as she cracks her knuckles behind the booth at Pressure, ready to deliver an hour of magical, high-octane blends that’ll entice us all into a state of transcendent ecstasy. She surges into Phasmid’s punchy 160BPM pop-grime rework of seminal Wiley tune ‘Rolex’, approval for which is given by flailing arms and collective “oiiiii’s”. ‘Last Before Lights’, a breakout track from Anz’s 2021 EP All Hours, evokes a similarly overwhelming response with its distant vocal calls and alert Italo pianos. The crowd goes wild. People cry – and skank. Enlightenment is found. Probably.

Then night falls, and people like Instagram user @w4hammer begin to philosophise the night by saying: “When the only mild complaint is too many set clashes, you know you’re doing something right.” He’s right of course, which made the prospect of performing blindfolded open heart surgery after five pints of Helles seem far easier than deciding how to bring the proceedings to a close. After weighing up the options, and circling the multi-level apparatus of Pressure as Ben UFO and Call Super launched into a stellar unreleased remix of Kelis’ ‘Milkshake’, it was Job Jobse and his army of bewitching Eurodance classics that ultimately proved too enticing to resist. 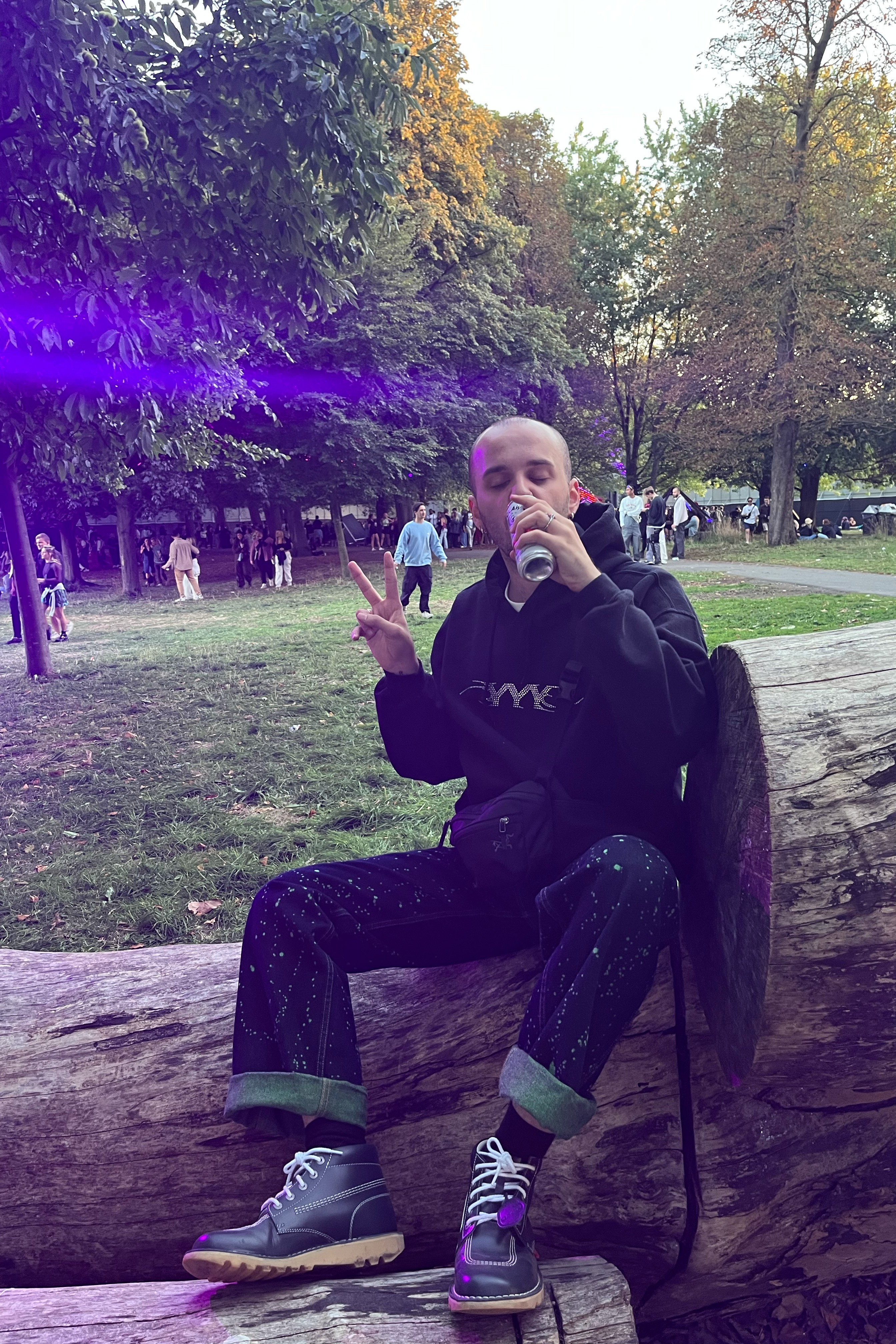 Unfurling layers of trance and UKG melted through the soundsystem of Orbit’s nest as revellers battled their way into the wood-encased pit to share in the merriment. The dancers who couldn’t muscle in simply climbed the benches surrounding the stage to get a last, strobed snapshot of the summer’s end. To no one’s surprise, the Dutch super-DJ brought with him a boatload of euphoric old skool rave specials, bounding between Overdubz’s heavy-hitting ‘I Want Bass’, a hearty ‘B.O.T.A. (Baddest Of Them All)’ sing-song, and a bloodcurdling blend of Double 99’s ‘Ripgroove’ with Daniel Bedingfield’s “Gotta Get Thru This”. Is the FOMO hitting you yet? It should be.

Read this next: Lifting the curse: Houghton festival is finally back and better than ever

That not even the council's marked dissaproval could stop London from coming together to bask in the powerful and restorative feeling dance music brings in times of woe, is pretty spectacular. We needed this. Though the 12-month wait for the festival’s third instalment might write us off completely in the interim, the wait, at least this time, is undoubtedly worth it.