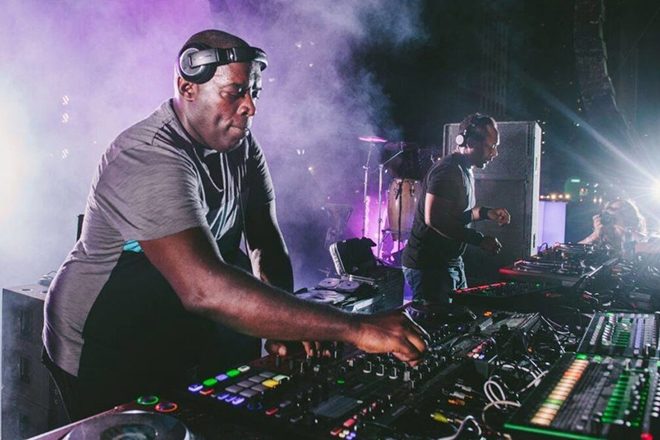 Now only weeks away, Movement Detroit has revealed the set times for the festival's 2019 edition - taking place between May 25 - 27 at Hart Plaza.

The world-famous Motor City event returns with its familiar five stage setup to support the wide-variety of house and techno acts performing at the festival, named as the Movement, Stargate, Underground, Red Bull Presents, and the Pyramid stage.

Movement's Sunday programming boasts a techno-heavy line-up with a choice selection of beloved house artists. On the techno front, artists such as Richie Hawtin, Charlotte de Witte, Volvox, Chris Liebing, Heiko Laux and ANNA will be taking the stage while Patrick Topping, Fisher and Kevin Saunderson playing b2b with The Saunderson Brothers will offer up some less menacing dancefloor grooves. Also, both Danny Brown and Gucci Mane will be serving up a significant dose of hip hop.

Check out the set times below and start planning your Movement Detroit agenda now.

Weekend and single day tickets are available for purchase here. 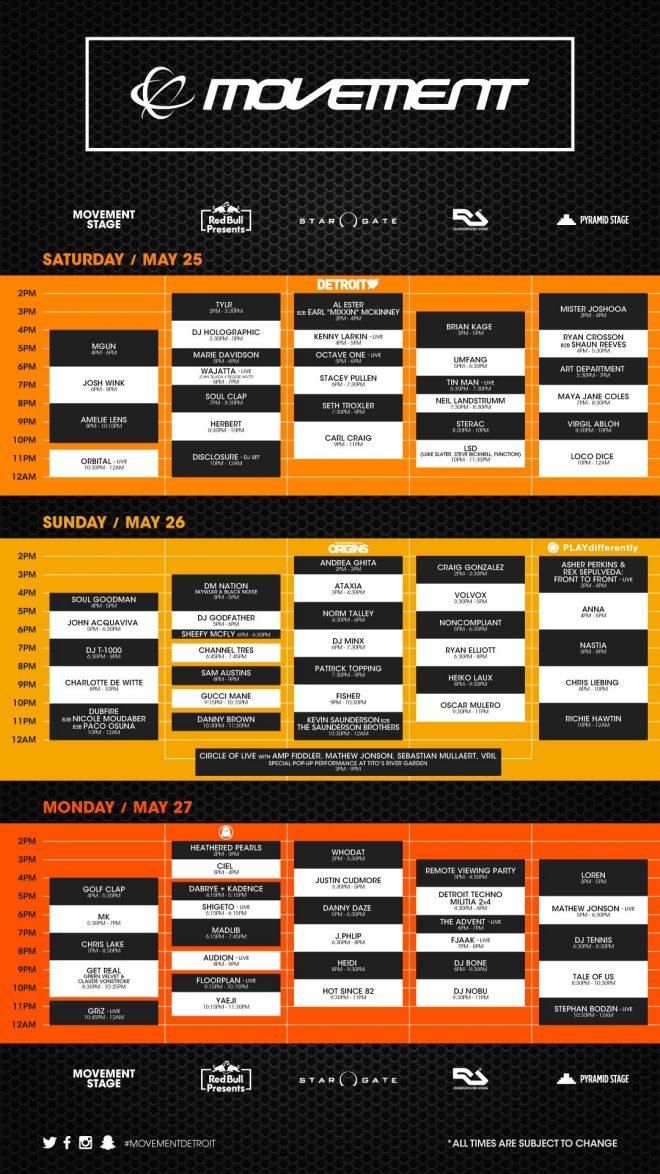