She may have been ‘born to be a DJ’, but sheer hard work and dedication are what’s brought ANNA success

In São Paulo, the traffic jams can stretch over a hundred miles on a bad day. Trapped under scorching sun or torrential rain, the air chewy and warm regardless, cars trudge along its roads and raised highways. Trees and shrubbery bring colour to the worn-out streets, sand-coloured and mirrored tower blocks looming large over the city. Beneath a concrete underpass in the north of the city, ANNA, aka DJ Ana Miranda, is making an emphatic return to the city that shaped her.

Dressed in all black with big boots to match, right now she’s ferociously terraforming a landscape of techno and tech-house to a frenzied crowd. Graffiti is scrawled over the underpass’s supporting beams, and a disused car and some trains lie in the background. A mix of family, friends and fans welcome back their compatriot, who lives in Barcelona these days. Ten years ago, she was here to see Chris Liebing play a 10-hour set; now she’s playing the same stage to 1,000 people. Ana’s set rolls from the smooth bounce of The Cyclist’s ‘Pressing Matters’ (Robag’s Pinvoldex Sull NB) to a hard-hitting edit of ‘Fire’ by Alloy Mental with immaculate timing. From just a few select records she can tell a wildly rich but perfectly managed story. She’s a natural behind the decks: you would almost think she was raised there. And you wouldn’t be far off.

Ana Miranda was raised 75 miles north of here in the town of Amparo. It’s a quaint place where very little changes; the streets are cobbled and buildings cosy with terracotta tiles on rooftops, a million miles away from the techno scenes before us in São Paulo. But in the centre of Amparo, a few feet from the local church, is Six, the club belonging to her father, Ubirajara Miranda, where Ana’s love for DJing began. “I was complaining that the resident DJ was playing the same music, in the same order, every weekend. He was lazy!”, she says. “The DJ got fired – and I took his place.”

Every weekend, from 12 ’til seven, Ana was locked in the booth at the club, along with her best friend who did the lighting and kept her company. At the time she was 14 and playing the local Brazilian music, but she quickly became enticed by the sound from upstairs. While Brazilian music ruled the bottom of the multi-floor club and live acts were up on top, it was the underground dance playing on the floor between them that was Ana’s father’s real focus. The walls were all painted black and the DJs locked in cages – and though Ana was banned from entering she couldn’t be kept away from the techno, house and d’n’b that came rumbling out of there. “I used to ask to go to the bathroom, someone would take my place, and I would sneak upstairs,” she says. 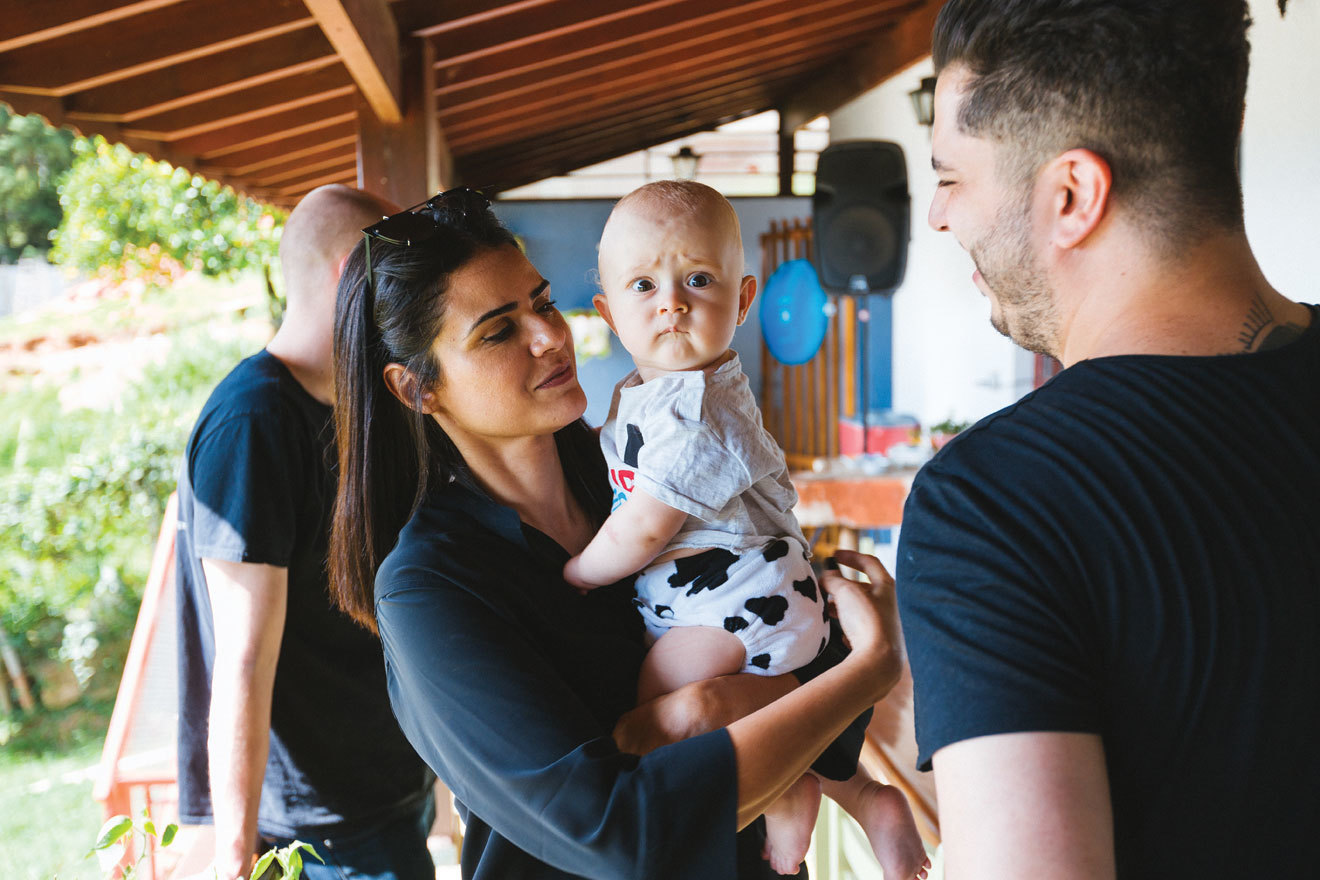 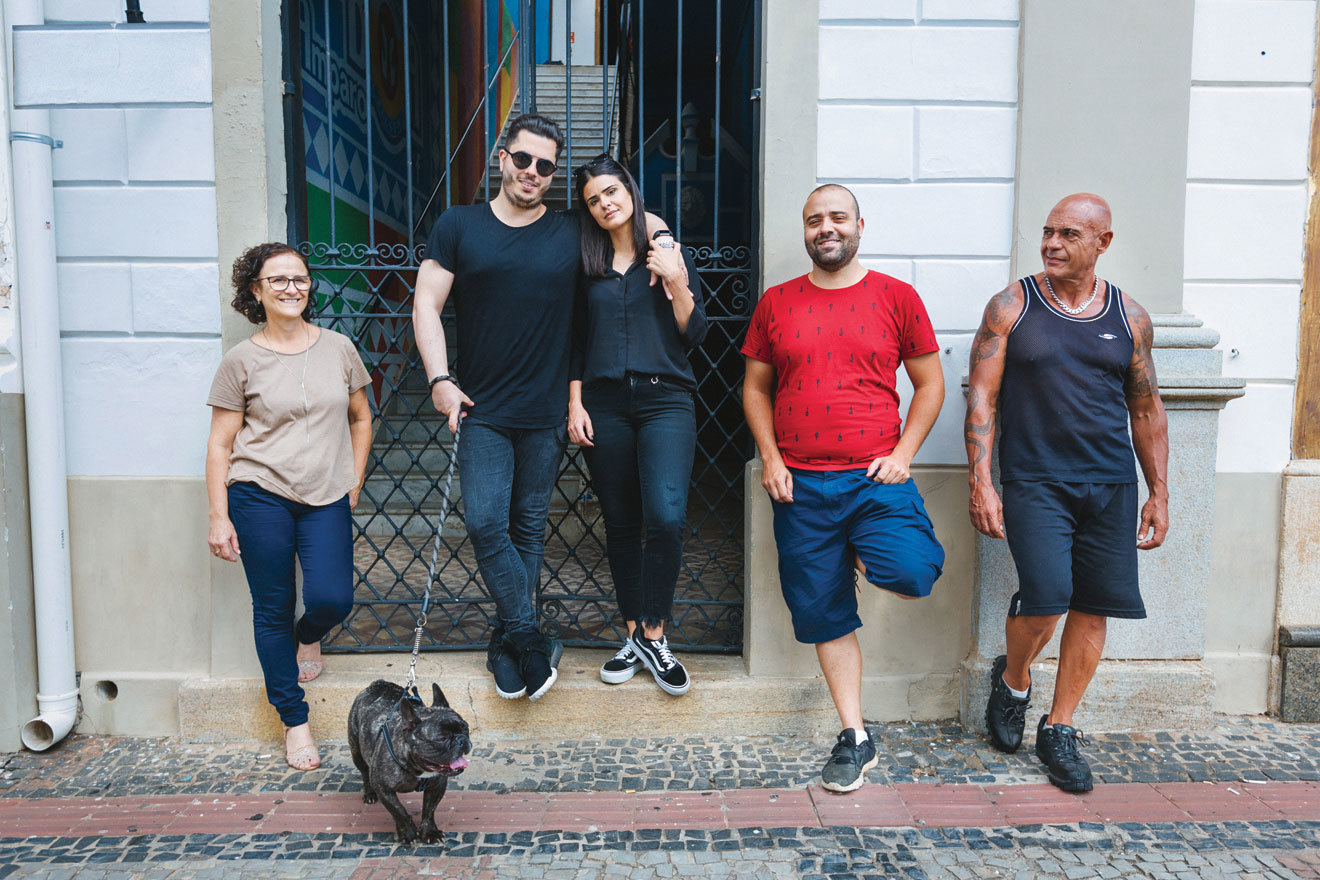 DJs from São Paulo would regularly make the trip to this tiny town, including a pre-fame DJ Marky, whose technical skill became an early influence on
Ana. Learning what she could from every DJ who passed through, she also delved deep into her father’s ever-expanding record collection which featured records from the likes of Josh Wink, New Order and Todd Terry (not that he knew much about them, admits Ana).

With the little money she earned from the club, she would also head into the city with the exact amount needed to purchase her own records, five at a time. Continuing to play Brazilian music in the club (though she couldn’t help dropping the odd techno track into the mix), with her free time she would practice up to 10 hours per day in her brother’s studio with electronic music – at first with drum ’n’ bass, then progressive house, eventually landing on her technicoloured
tech-house and techno sound.

The day after her gig in São Paulo ANNA is bringing this sound to the masses again, this time swapping the dark and raw scenes of the underpass for an autumn sunset. It’s Warung Day Festival, deep in a quarry on the outskirts of the city of Curitiba. The surrounding wall of rock, many metres high, is overgrown with trees and ivy. As ANNA begins to play the sun is kissing the treetops, but as the light gives way to darkness her vibey beats morph ever deeper, darker and heavier as the bass rattles the rafters of this makeshift stage. And her own productions are raising the biggest reactions from the crowd.

After a handful of releases on Christian Smith’s Tronic, and a few other labels, Ana’s first big breakthrough landed on Diynamic in 2016, the eerily restrained ‘Odd Concept’ with its throat-throbbing bass, driving drums and head-spinning, room-panning melody. The track picked up nods from label boss Solomun, Carl Cox and Joseph Capriati, and caught the attention of audiences and DJs worldwide. Her releases since have only built on her success. ANNA might believe her early productions to be “super horrible”, but they showcase her dedication to improvement. Just as she would spend hours practising on turntables as a teenager, her relentless days in the studio have clearly paid off. 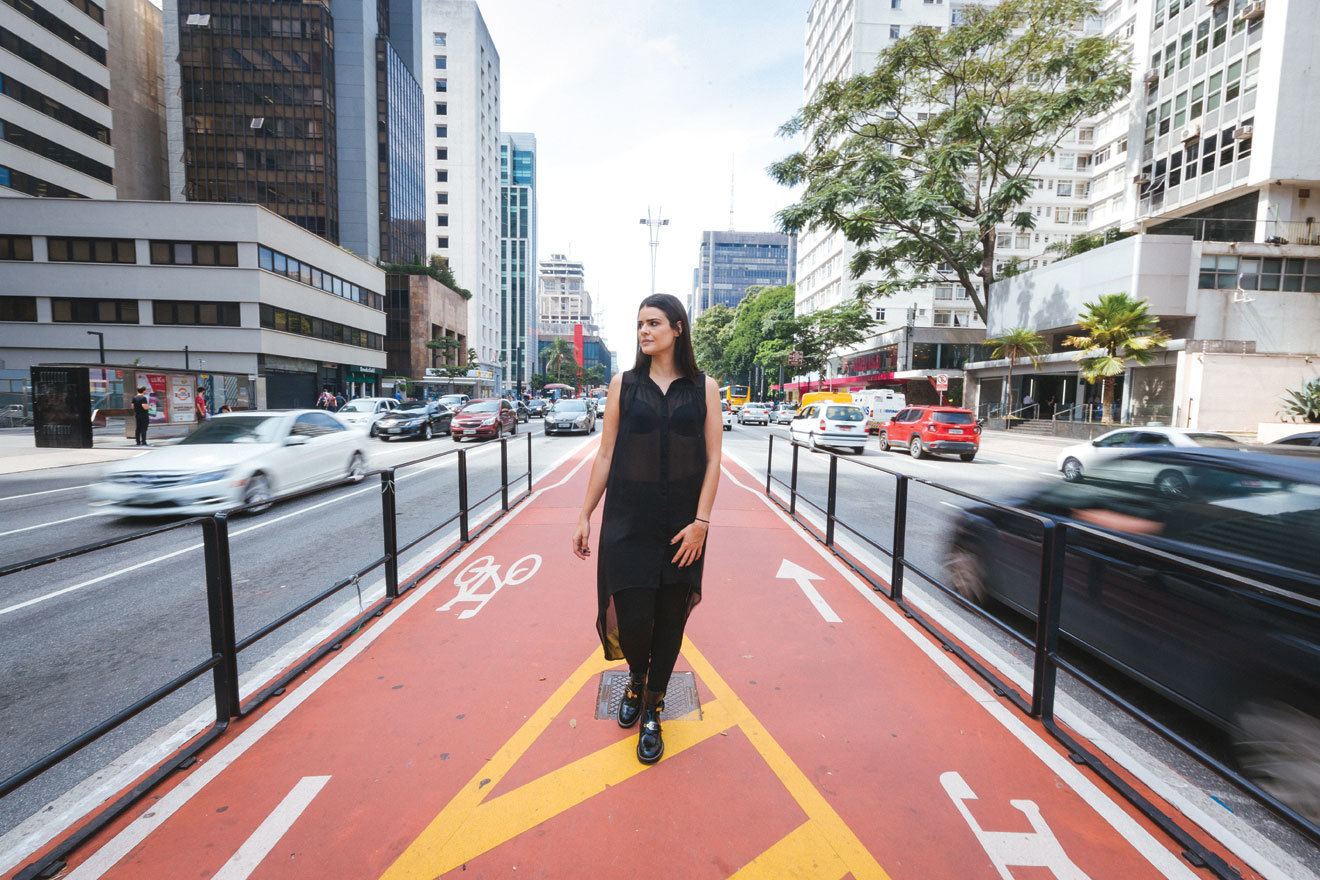 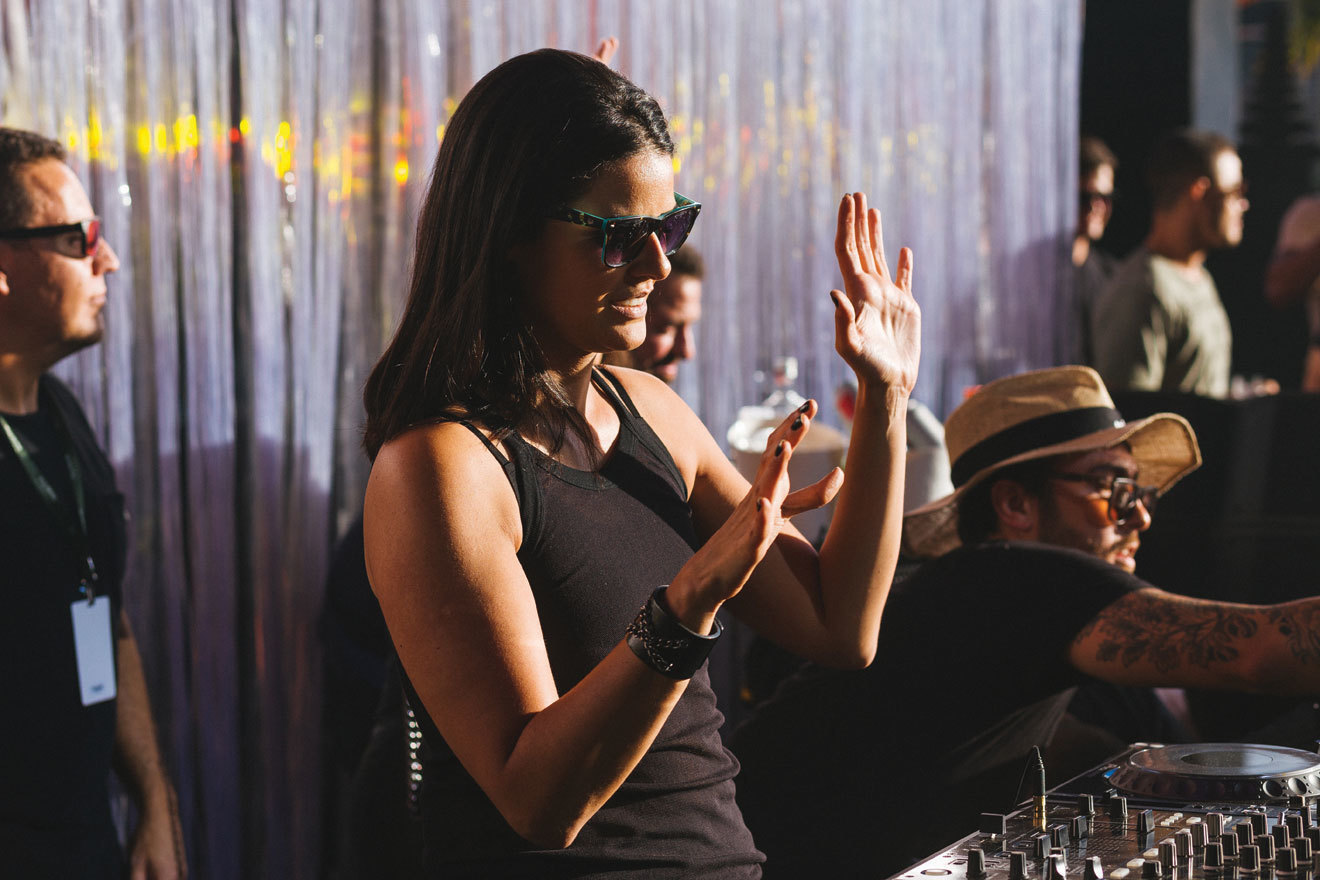 “I used to stay in the studio all day, practising, discovering, researching. And when Wehbba [Ana’s partner and fellow DJ] came back from work he would teach me a little bit more,” she says, explaining how she spent her days during a year-long stint living in the Czech Republic, between leaving Brazil and moving to Barcelona. “I didn’t stop. If we had some money to spend then we put it in the studio.”

Whether it’s the winding melodic ramblings of ‘Artha’ or the epic chug of ‘Far Beyond’, she proves her tracks can stand beside, if not exceed, any tune in her arsenal. And the Brazilian crowd here at Warung Day Festival erupt with fervour at each one. In fact, throughout the two-hour set, they never stop beaming up at ANNA and thrusting heart signs into the air. “The Brazilians are so proud,” she later explains. “I get so many messages saying they’re happy that I’m representing Brazil. Sometimes when you’re growing you get jealousy from people, but everyone is just happy for me.” This is just as evident from after the show, when people reach out to talk and take pictures as she walks around. But things weren’t always so easy in her homeland.

Between 2000 and 2005, techno thrived in São Paolo and across the rest of the country. The likes of Dubfire and Richie Hawtin were regulars in town, but there were very few female DJs on the circuit. As a woman, Ana faced a difficulty in finding gigs even after her father went round the clubs convincing them to let her play. Eventually she landed her first gigs in the city, such as at Suzi In Transe where “the wiring was exposed and really underground, but it was the best vibe.” 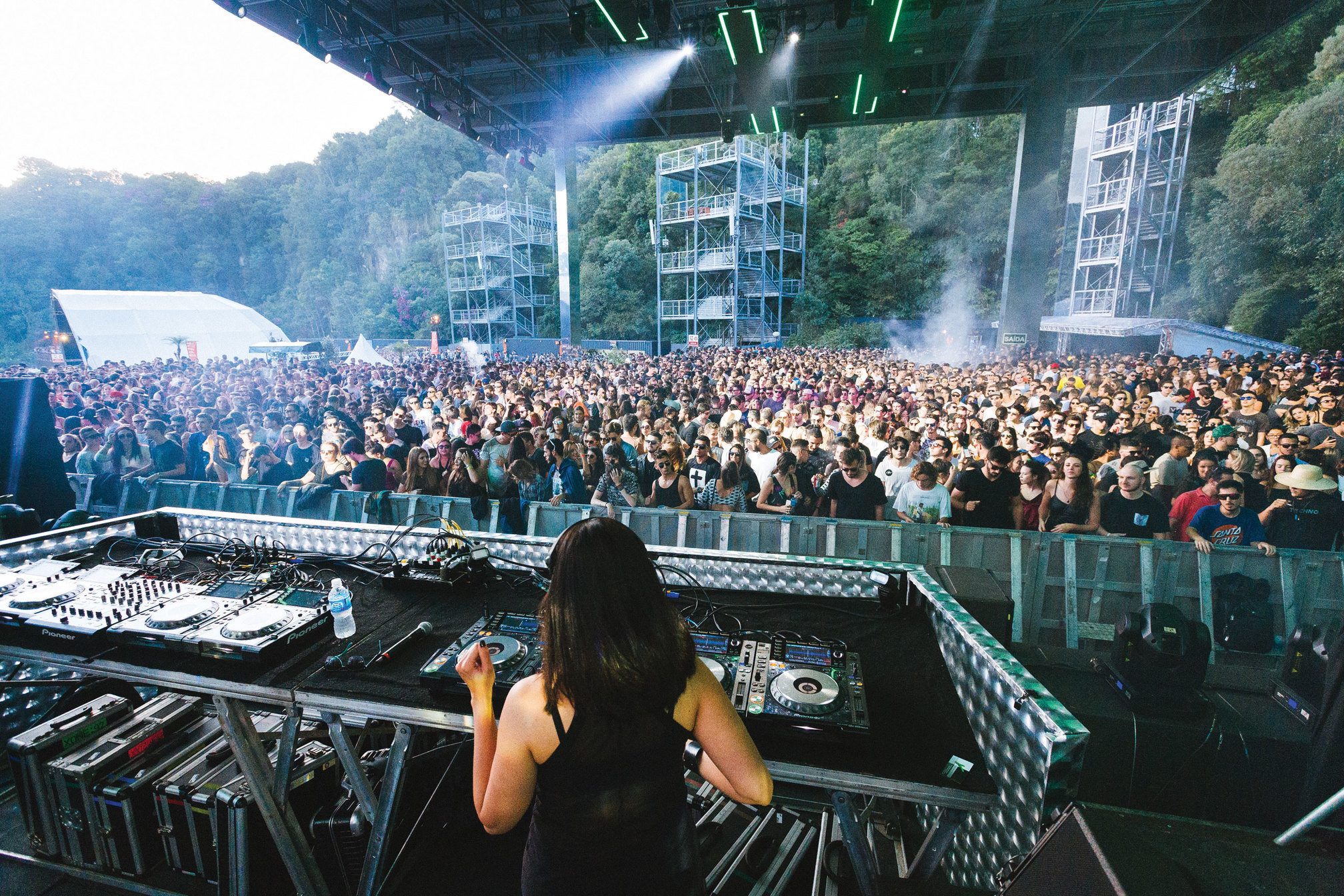 At that time, just 17, her mother would have to drive her. Later, she would take the three-hour bus to São Paolo instead, sometimes enlisting the help of her brother to carry her heavy records, before heading back after only a two-hour set. But by the time Ana moved here from the countryside, aged 20, the scene was already on its knees.

“They just wanted to listen to the same stuff. They were not open to listening to anything new,” she explains. Her European-influenced style was of little interest to Brazilian audiences which had become obsessed with more commercial music, and largely unresponsive to her tireless work ethic. Ana still managed to hold down a few residencies during this time, at underground clubs like Manga Rosa, A Lôca and Lov.e, but it wasn’t easy. “People were almost aggressive towards us playing something that wasn’t the norm,” says Wehbba. “They looked at you like they were threatening you. They would cross their arms and stay like that in front of the stage.”

Two days after Warung Day Festival, Ana takes Mixmag out from São Paolo to visit her father’s club in Amparo; the journey is as long and arduous as she describes, and the town, she says, has barely changed. The club too, apart from now the walls are painted blue on the inside and the DJ booth cages gone. “There were a lot of amazing times between these walls, but it was always a struggle, because people [around here] are set in their mind about the music they want to listen to,” Ana explains. When asked about his unwavering insistence on hosting underground music in the area, her father – a well-built, tanned, tattooed man with a shaved head and an open smile that quickly dispels any sense of intimidation, replies instantly: “It is my passion. It’s always been in my blood.” Even when the locals would plead with him to play something easier, he would refuse.

“I believed in what I loved. I didn’t believe in getting gigs to get money. I feel happy that I’ve made it with what I love,”

This perseverance defines Ana as well. “I believed in what I loved. I didn’t believe in getting gigs to get money. I feel happy that I’ve made it with what I love,” she says, sweeping back her hair frequently, as she does throughout her stage performance. “If you have something you believe in you have to believe in it no matter what anyone says. Keep going with your stuff. You’ll have some hard times, but if you believe you have to do this.”

Along the way, some well-meaning agents even attempted to change her sound, but Ana held strong. Eventually, after picking up a few gigs in Europe, the pull of the continent grew too great and left for Barcelona. While opportunity abroad was not certain, there was little sense in staying. “When I moved to Europe I had some gigs, I was working, but I wasn’t sure what was going to happen. It’s not like I had 10 gigs per month, there was such uncertainty. But I had to go; I had to be in Europe.” Luckily, since then, her career has rocketed.

After cementing herself with releases on Diynamic, Terminal M, Turbo and more, ANNA has played in Ibiza at both Pacha with Solomun and at Carl Cox’s Space closing party, and last year won the Best Breakthrough Artist at the Ibiza DJ Awards. She’s also played Ultra in Miami, Uberhaus in Lebanon, and huge festivals around the world. Back in her home country she’s also finally getting the recognition she deserves, evident from her recent performances at the Warung festival, but will still find the time to play her brother’s local party in a barn. At 32, Ana has been DJing a long time. Whether she’s playing for 100 people or 100,000, she’s happy. “I’ve been doing this 17 years and I’ve only been getting recognition for two. If I only had a little bit of money to pay the rent I would still be doing this.”

Amparo is an odd, humble place to have birthed a techno superstar. “Where I came from, nobody knew anything about underground music,” she says. “I didn’t know anything, but we made it to Europe. We made it to Awakenings. It’s so crazy!”

It’s been a long, slow trudge through the traffic for ANNA. There were times she felt like packing it all in, turning around and heading home, but she never did. Now the road is open, and ANNA is only picking up speed.