Making the techno pilgrimage to Detroit's Movement festival every year since 2005, Patricia Lay-Dorsey, known endearingly by most as Grandma Techno, is the event's most famous patron. Raving and meandering throughout the festival in her electric scooter, the radiant 76-year-old award-winning photographer is a Movement staple and adored by all who are lucky enough to meet her.

Ahead of the 2019 edition of the Motor City festival, The Detroit Techno Foundation, 1xRUN and Paxahau - the producers of Movement Electronic Music Festival - have teamed up with Patricia Lay-Dorsey to publish a commemorative book showcasing Grandma Techno’s photos captured at Movement Detroit 2007-2018.

Titled They Call Me Grandma Techno, this 144-page hardcover book lets people see the story of the festival through Grandma Techno's kind and adventurous eyes.

Speaking about her new book, Patricia Lay-Dorsey had this touching message to share:

"They call me Grandma Techno and take thousands of selfies of us together. They give me hugs, kisses and kandi, the beaded bracelets they make themselves. They clear a path so my mobility scooter and I can get up to the front of jam-packed stages, parting the crowds like the Red Sea. They help lift me out of my seat so I can stand to dance - while holding tight to my scooter handle or the barricade - and boogie down beside me, grinning from ear-to-ear."

"But I am more than Grandma Techno: I am a passionate photographer who loves nothing better than taking photos from inside the action. What you will see in this book is a selection of photos I have taken every Memorial Day weekend from 2007-2018 at our annual Movement Detroit electronic music festival on Hart Plaza in downtown Detroit. If you already love electronic music, I hope you hear the 'thump thump' of the beat and feel the high energy of the scene as you turn these pages. If you are new to this music or have even been turned off by it in the past, I hope you catch a taste of the love and bliss that permeate this world and make us feel we are one."

Some of the incentives for donating include "I love grandma techno" hats, stickers, tote bags and signed copies of the book.

Donate to the Kickstarter for They Call Me Grandma Techno here.

Grandma Techno and 1xRUN have handed Mixmag 12 exclusive photos from the book which can be viewed below. 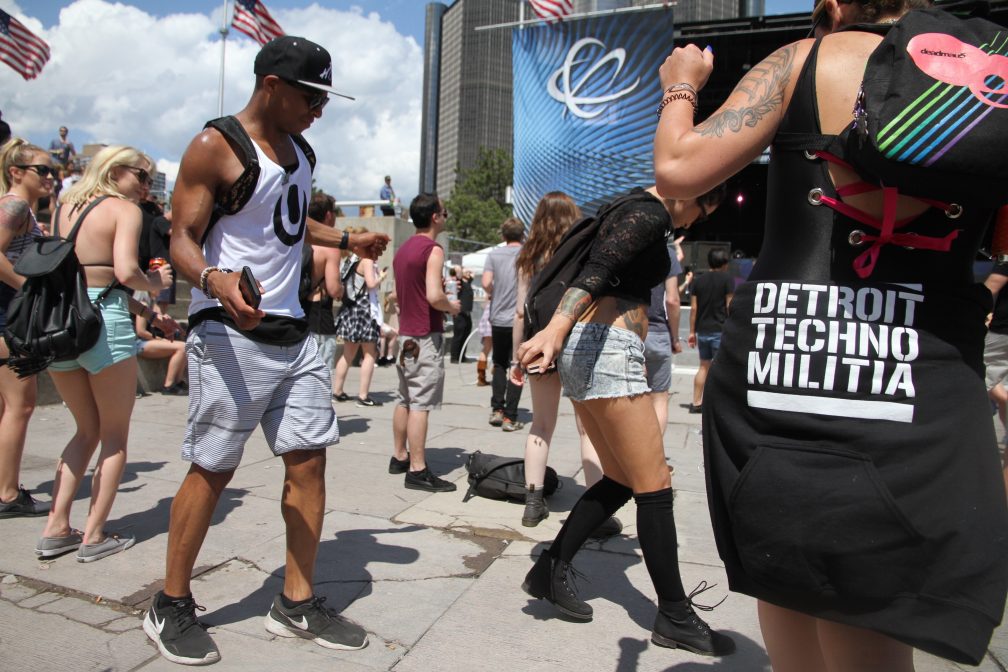 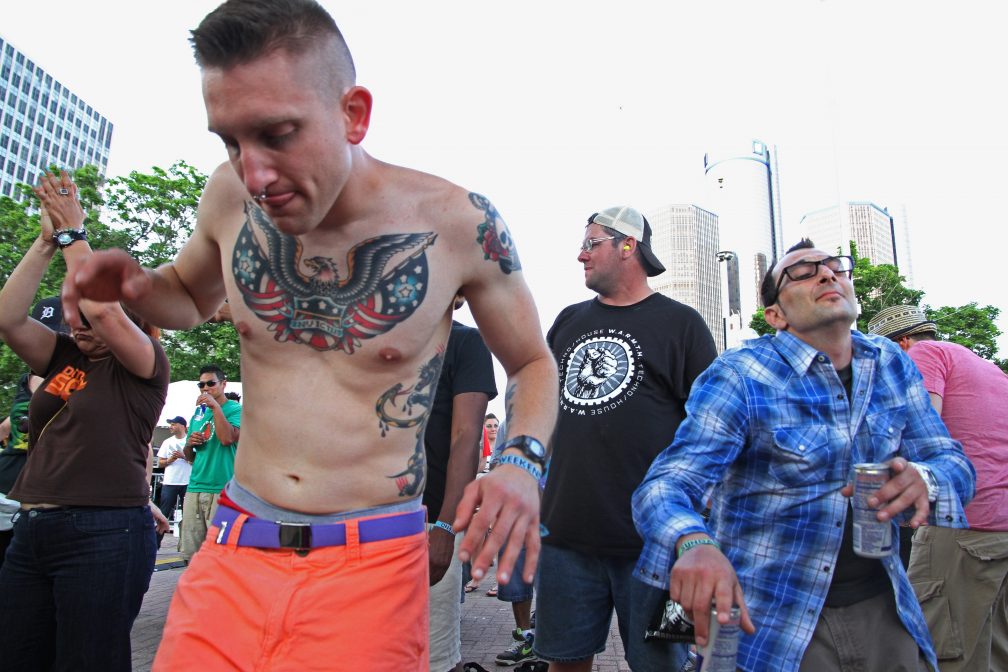 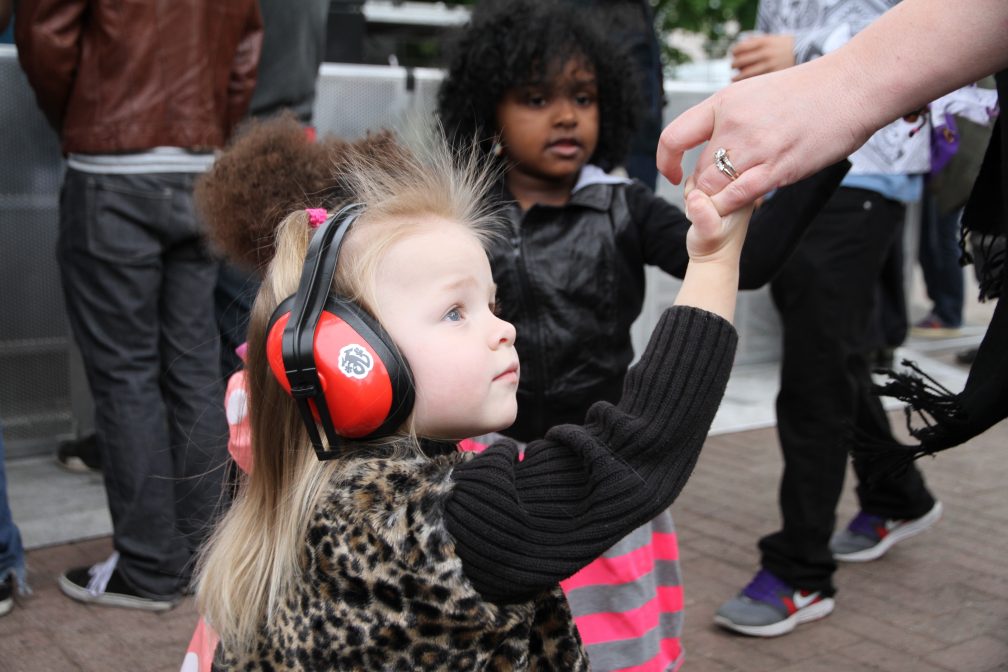 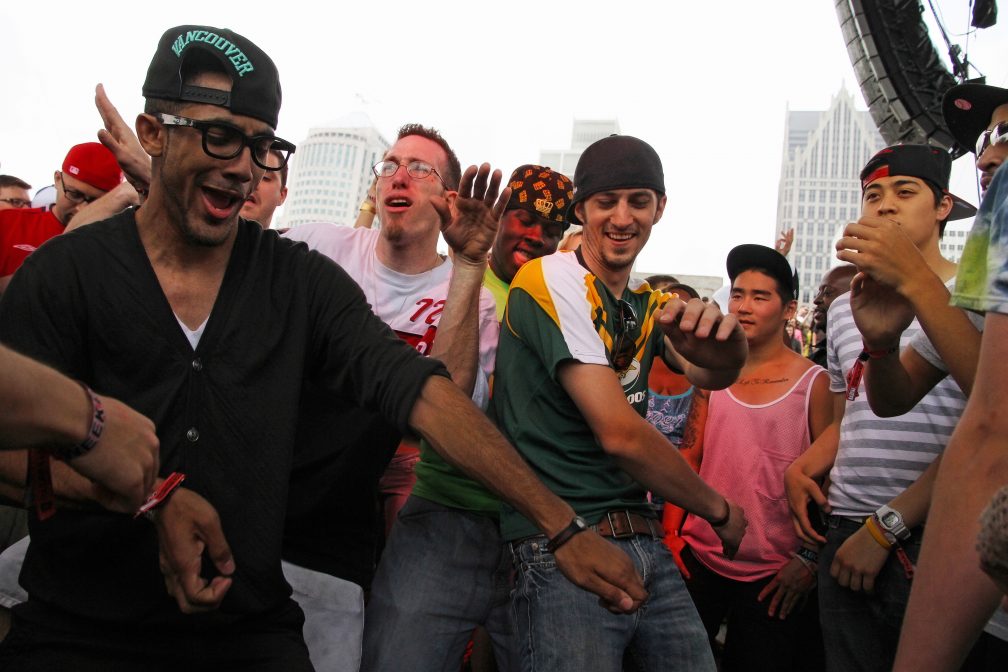 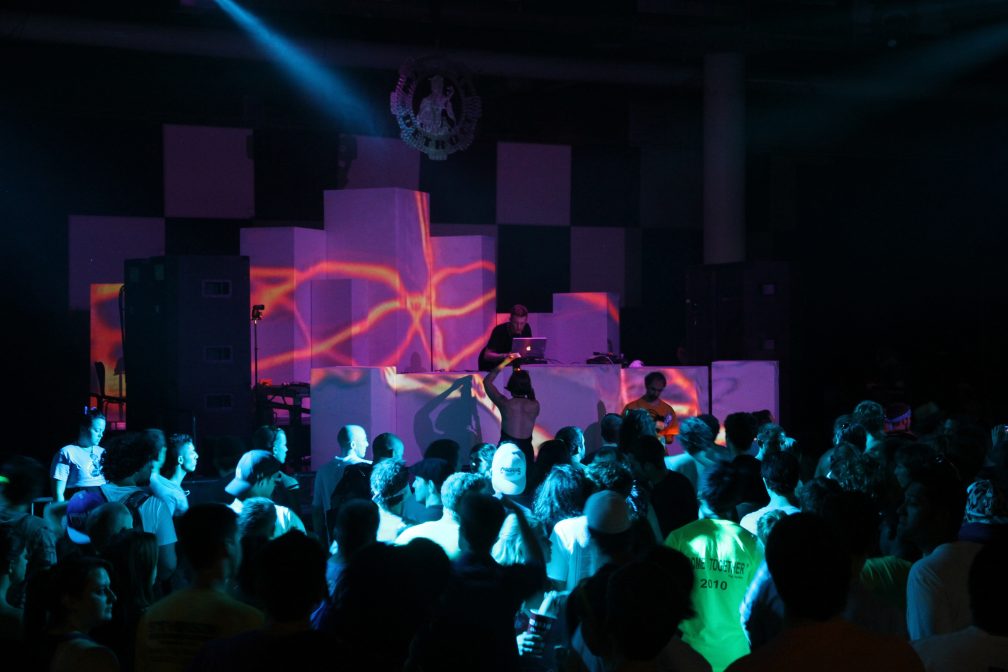 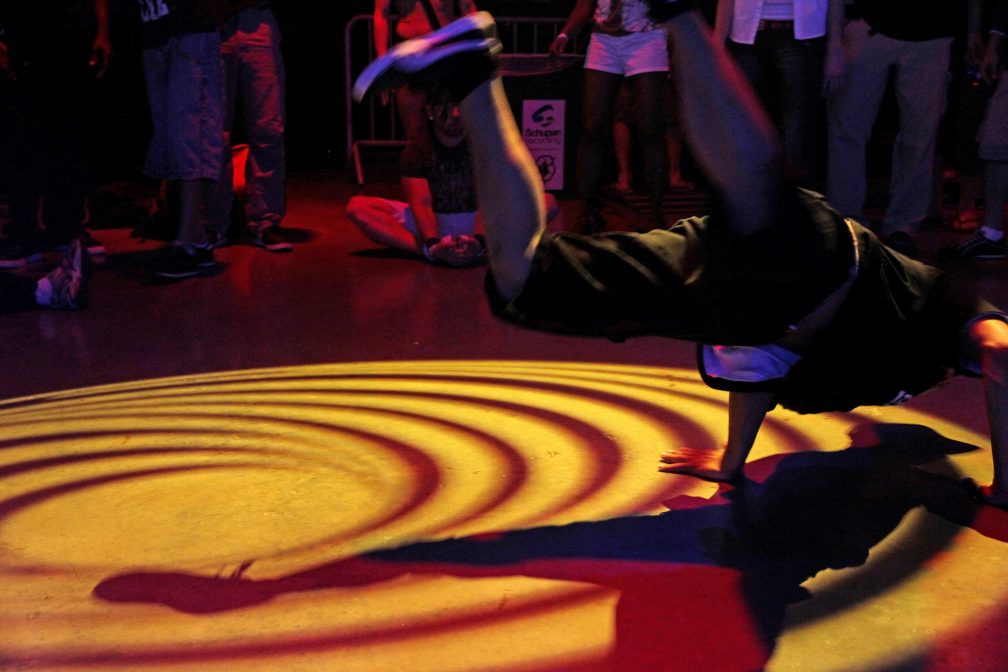 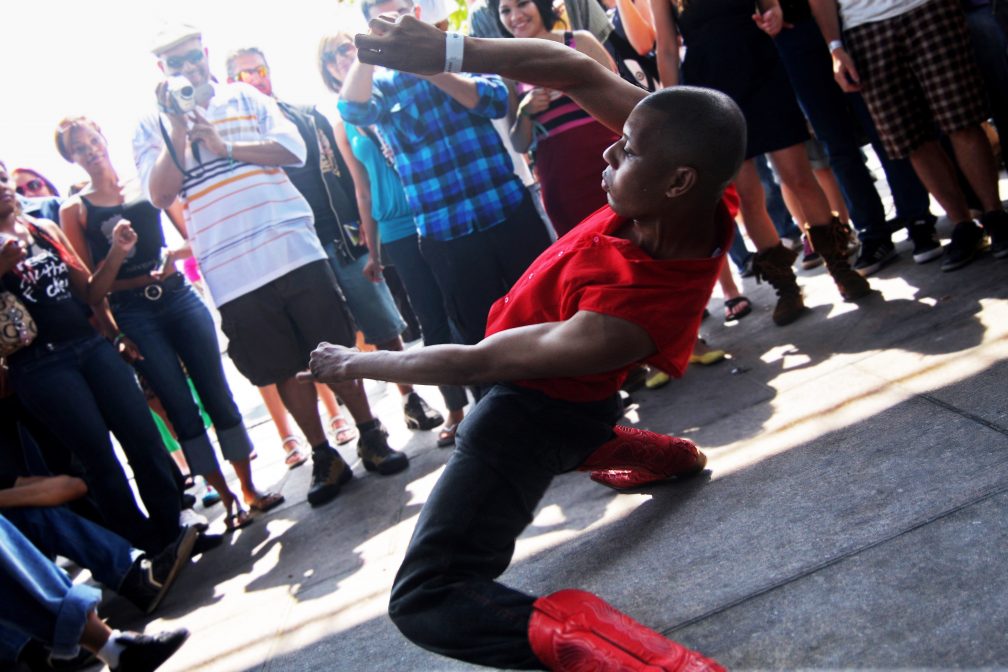 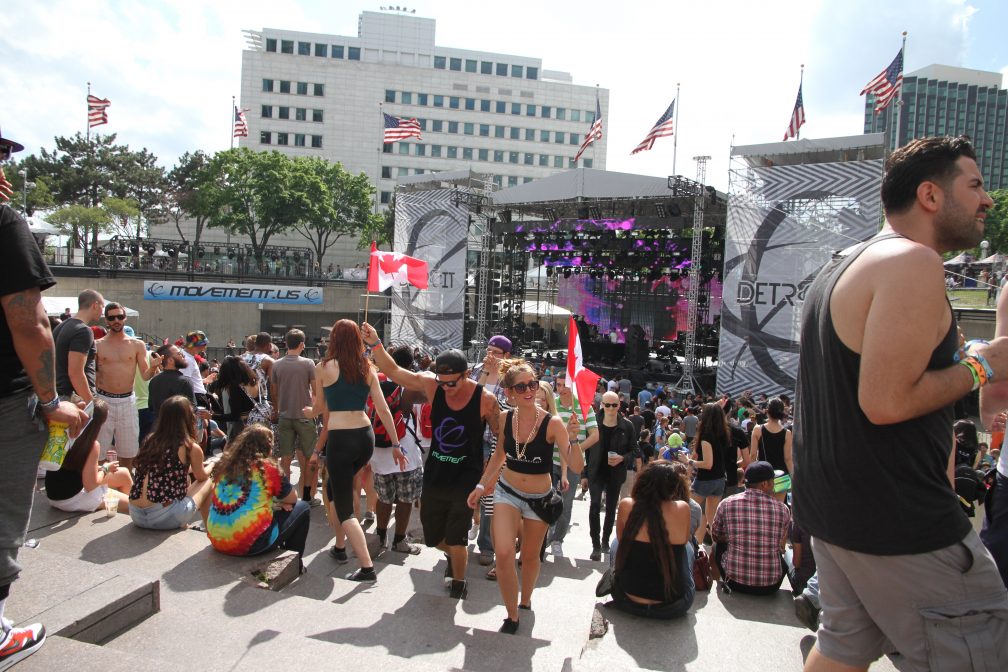 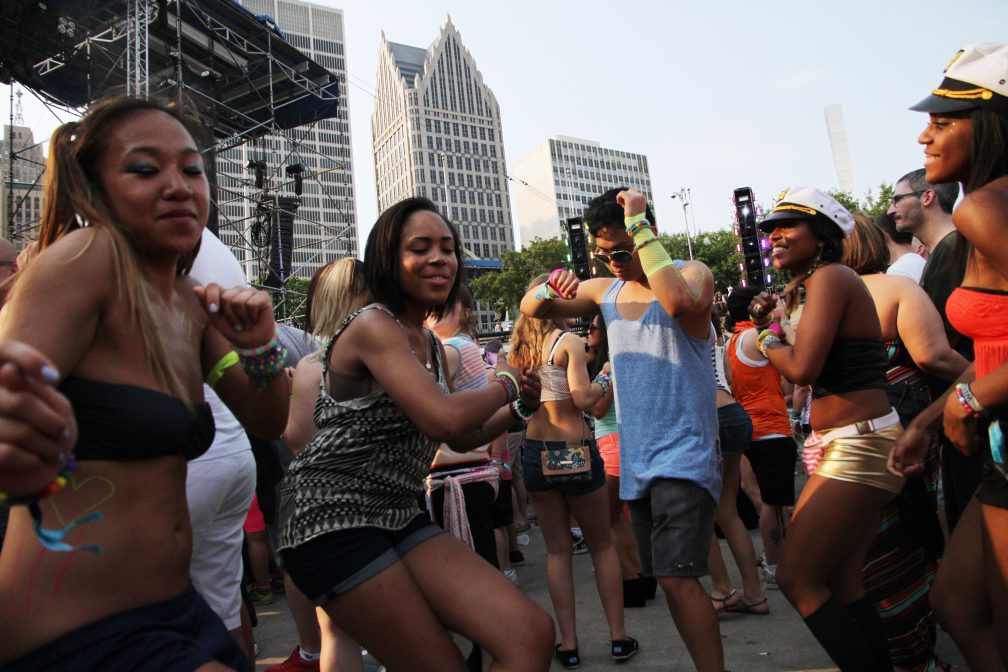 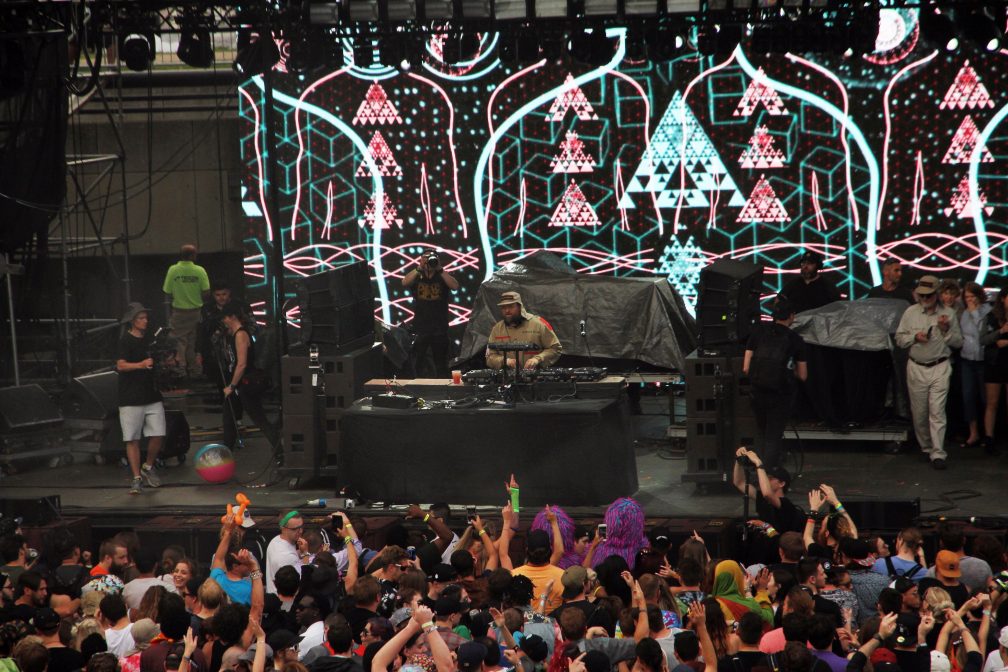 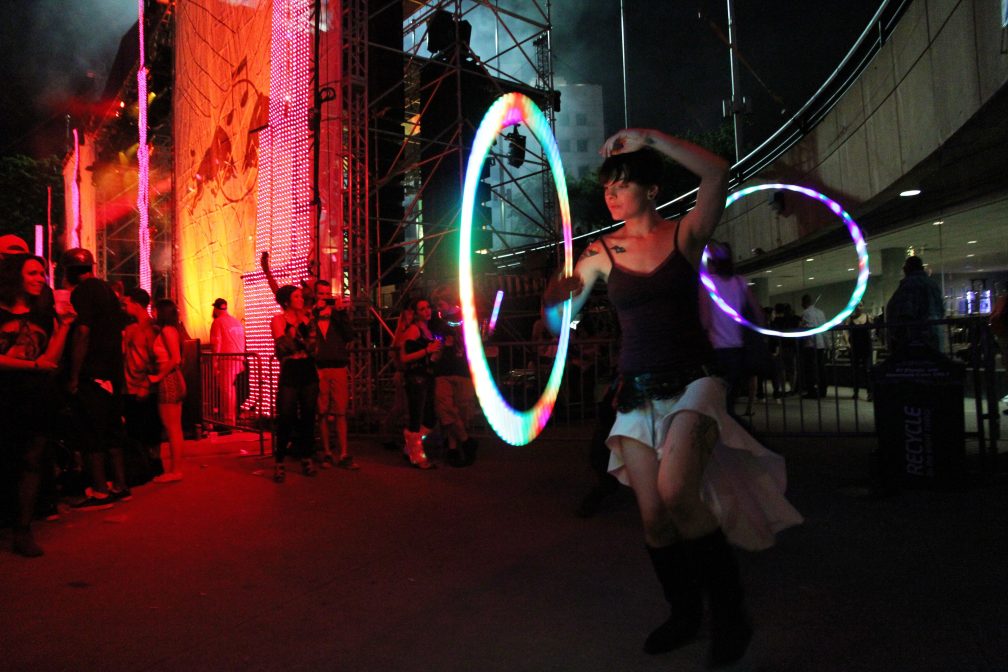 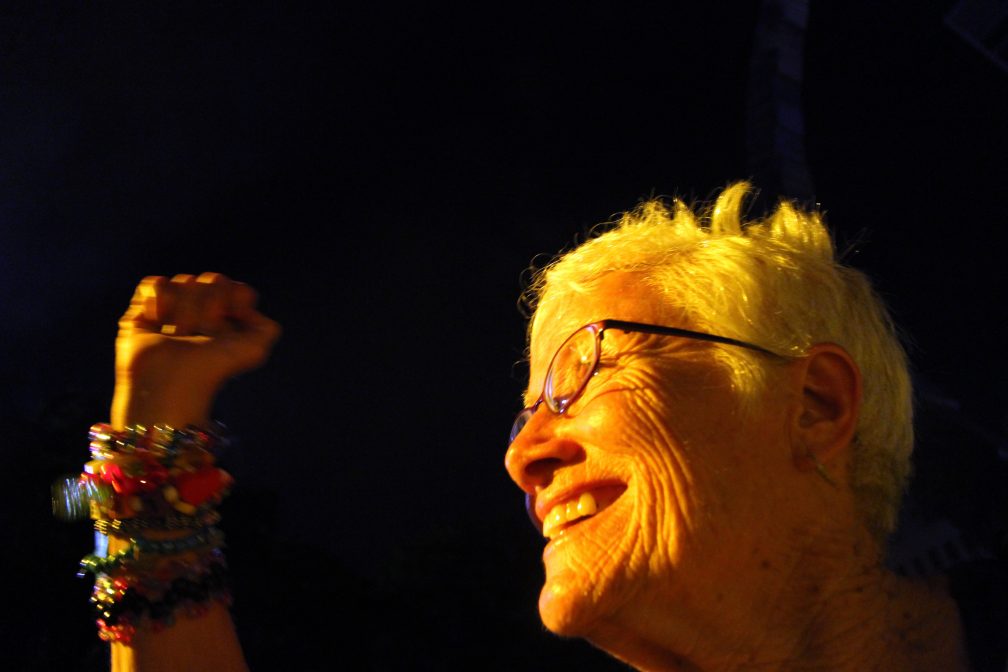