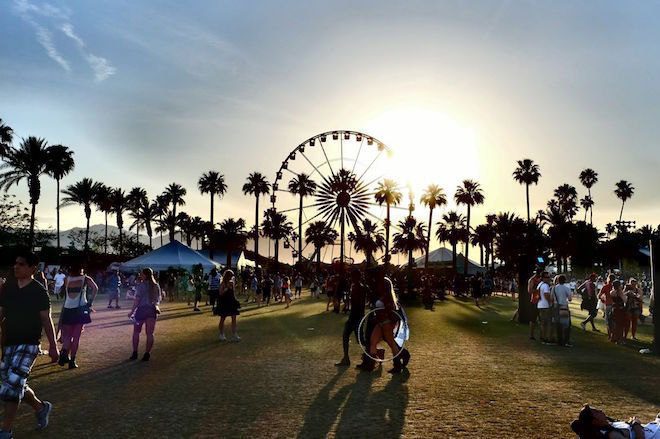 Coachella Valley Music and Arts Festival has shared its headliners for the 2022 and 2023 events.

The last edition of the annual California event took place in 2019, with the COVID-19 outbreak disrupting the organisers’ plans for 2020.

Initially, the festival, which usually takes place across two weekends in April, was pushed back to October of the same year. However, organisers postponed once more due to ongoing concerns around the pandemic.

Frank Ocean, Travis Scott and the reunited Rage Against the Machine were billed to headline in 2020, and have recently been confirmed to return to Coachella. Yet, the acts will not be performing on the same lineup.

Read this next: Only 21% of all artists at this year's biggest UK festivals are female

Rage Against the Machine and Travis Scott, for example, are set to play at next year’s event, whilst Frank Ocean will return in 2023.

Frank Ocean is allegedly not available for the 2022 dates.

Artists such as Mega Thee Stallion and Doja Cat, who featured on the 2020 bill, are also scheduled to return in 2022, according to Paul Tollett, the festival’s co-founder.

Read this next: 15 photos from Exit Festival's turbulent 20th anniversary

"Right now, it’s the Wild West," Tollett said. "I’m just trying to be as fair as I can to artists and to the fans to make sure that eventually they get to see everyone that we talked about."

Tickets for the 2022 festival sold out within hours, despite no further line-up details.