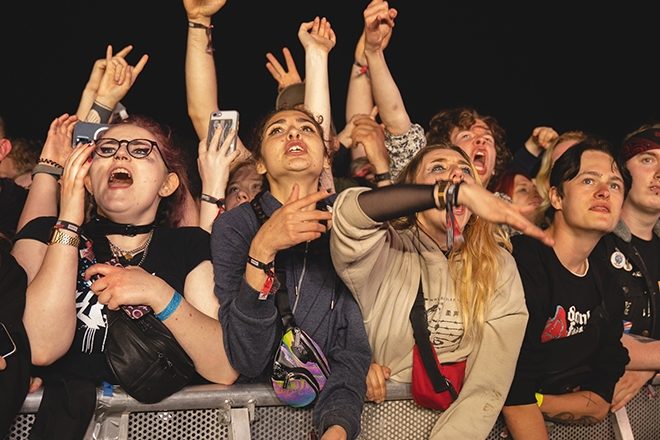 Live Nation has denied putting a COVID-19 gagging order in place after being accused of preventing public announcements from musicians who have contracted the virus.

The clause supposedly stops artists who work with the UK-based entertainment company from letting people know publicly that they have been infected but allows them to tell people privately.

An anonymous source gave some details about the alleged gagging order, later posted by American singer Courtney Jaye on Twitter. Publishing the text messages she'd received from a "friend and fellow artist," Jaye claims she posted out of concern “for all musicians and crew members on the road right now”.

“As per the contract signed with Live Nation, we’re not allowed to make any public statements but I can tell people I know privately,” reads one of the texts. “I want to let you know that 8 out of 11 people on my tour tested positive for COVID.”

receiving messages like this from friends makes me incredibly concerned for all musicians and crew members on the road right now. please stay safe everyone. also - wtf @LiveNation? pic.twitter.com/fHLPTnNJm3

The unnamed artist continued, “Can you let everyone know what’s going on here? This gag order issued by Live Nation is going to get a lot of people sick. Or worse.”

The tweet drew in a lot of attention and was responded to by Live Nation almost 24 hours later. Denying the claims, they stated:

“There is absolutely no COVID gag order in our contracts. We care about our employees, crew, fans & artists and will continue to meet requirements of local health officials as we put on events.”

Live Nation promised a confident reopening of live shows and concerts by summer 2021 at the end of last year, encouraging testing and vaccinations to do so.

After the lockdown began to ease in May, the entertainment company announced that they had booked twice as many shows for 2022 than it had for 2019.

“Around the world, people are showing the need to get out and socialise once again which reinforces our expectation that a return to concerts will be the logical progression as vaccines are readily available to everyone who wants to get one,” said Live Nation CEO Michael Rapino.