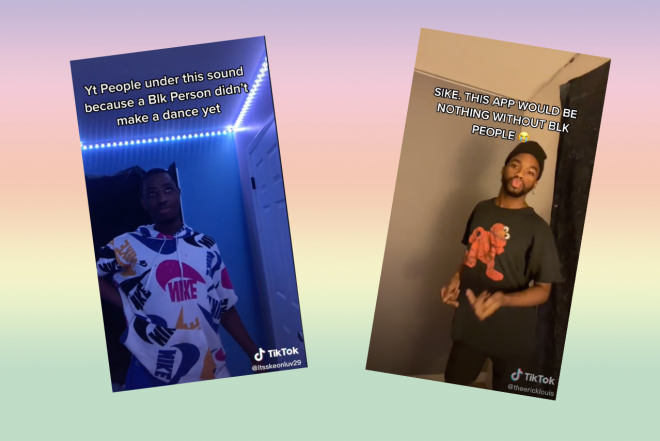 Megan Thee Stallion is ordinarily a mainstay in the TikTok soundtrack - summer 2020 smash ‘WAP’ has featured in 4 million videos, ‘Body’ in 1.5 million and ‘savage’ an eye-watering 22 million.

But for her latest single 'Thot Shit'? While garnering 13 million streams on Spotify since mid-June - it’s been featured in a comparatively meagre 165,000 TikTok’s.

Read this next: Bass heavy track tops the TikTok chart with a surprising message and hashtag

Many internet users are pinning this on a boycott from Black creators on the platform, who - sick of a lack of any real recognition - are refusing to create dances for the new track.

The ‘strike’ is in order to highlight the manner in which TikTok relies on its Black creators to manufacture and create trends.

The way nobody knows what to do…. because we won’t make dances LMFOAJFKFOFKFJFOFK

Complex and intricate choreography is regularly imitated by white users without credit, preventing many black creators from reaching the same audience.

Creators realised the potential for a dance to Stallion’s new song and saw an opportunity to make a stand.

User Eriklouis’s video has been viewed more than 500,000 times, allowing the first few bars of the track to play before the words: “SIKE, THIS APP WOULD BE NOTHING WITHOUT BLK PEOPLE.”

While another creator itsskeonluv29 posted a video imitating a poor effort at a dance with the caption "Yt people under this sound because a Blk person didn't make a dance yet."

The strike is not the first time the disparity in monetisation and virality for Black creators has been called out.

During last summer’s BLM protests TikTok was forced to apologise to users following a glitch that had “blocked” the #BlackLivesMatter tag, leaving many users angry at the app’s capability to facilitate dialogue.

Despite TikTok’s promises to diversify and attempt to tackle the viewership disparity between Black and white creators, many on the platform alleged little has changed.

Read this next: How dance music has failed Black artists

In a report by NBC, Users said their content “whether it be dance videos or videos addressing racism or racial injustice - is sometimes removed without explanation.”

ErikLouis told NBC News “we’re not saying not to use our content. We’re saying give credit where credit is due.”