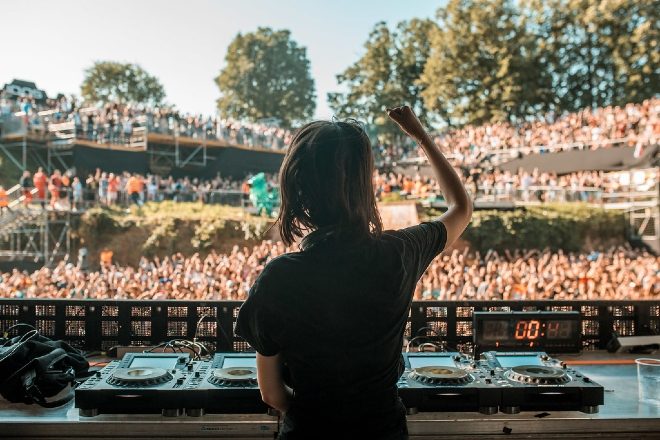 Research has found that a disappointing total of 21% of all artists performing at major UK festivals in 2021 are female or female-identifying.

Insurance specialist company Protectivity conducted the study, where they found the lowest percentage of women performing at a festival was just 10% at London’s 49,000 capacity Wireless.

Crunching the numbers, Protectivity also concluded that despite festivals not going ahead in 2020, the percentage of female artists due to play the postponed events was higher than this year by 1%.

The disappointing numbers at Wireless Festival were closely followed by a mere 12% at TRNSMT, and a shocking 14% at both Reading & Leeds and Isle Of Wight Festival.

Protectivity’s marketing manager Sean Walsh stated, “it’s important for the gender gap to be closed in all settings, whether that be at festivals or the workplace.

“It’s great to see that some of these festivals are striving towards having a 50/50 split and working towards an even playing field for all.”

In 2020, some festival organisers in the UK made a conscious effort to bridge the gap, and create more inclusive line-ups. These included Bestival and Parklife, two festivals now working toward a 50/50 split.

This year, Parklife was able to achieve a 44% female and female-identifying ratio, despite their 2020 line-up firming a solid 50/50 split. Glastonbury also dropped their percentage from 50% last year to 38% for their virtual event.

Keychange is an organisation pushing for equality within the music industry, asking festivals to aim for a 50/50 split by 2022. This year, Strawberries & Cream became the first festival to sign a pledge with non-profit organisation Girls I Rate (GIR) to make this happen.