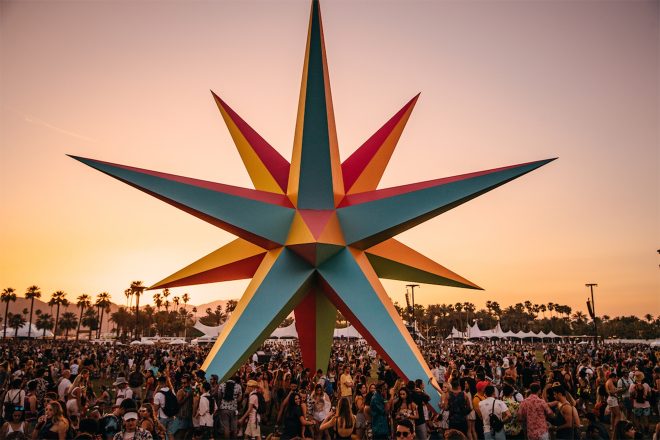 Coachella has announced its line-up for 2019 with some massive headliners and a heavy showing of electronic talents.

At the top of the billing are the festival's three main headliners, starting with Childish Gambino on Friday, Tame Impala on Saturday and Ariana Grande to finish things out on Sunday. Though Kanye West was originally rumored to be a headliner, he reportedly bowed out due to disagreements over stage production, however his Kids See Ghosts partner Kid Cudi will perform.

This year's Coachella leans heavily into electronic talents, most notably leading with a rare appearance from Aphex Twin followed by another handful of coveted billings for Bassnectar, the elusive Gesaffelstein and the recently reunited Deep Dish (Dubfire and Sharam). The line-up ranges across the board of subgenres with a strong showing of techno and house talents like Eric Prydz as Cirez D, Four Tet, Hot Since 82, Tale Of Us, Stephan Bodzin and celebrity stars Idris Elba and Virgil Abloh to more pop leaning names like DJ Snake, Diplo, Dillon Francis, Fisher and Zedd. On the crossover end, Australian trio Rüfüs Du Sol and Bob Moses will both make an appearance.

As usual, the festival is a varied bag of genres, ranging from R&B stars Solange and Janelle Monáe, throwback favorite Weezer, and songbird Billie Eilish as well as pop newcomer Khalid.

Find the full line-up below and purchase tickets on Friday at 11AM PST. 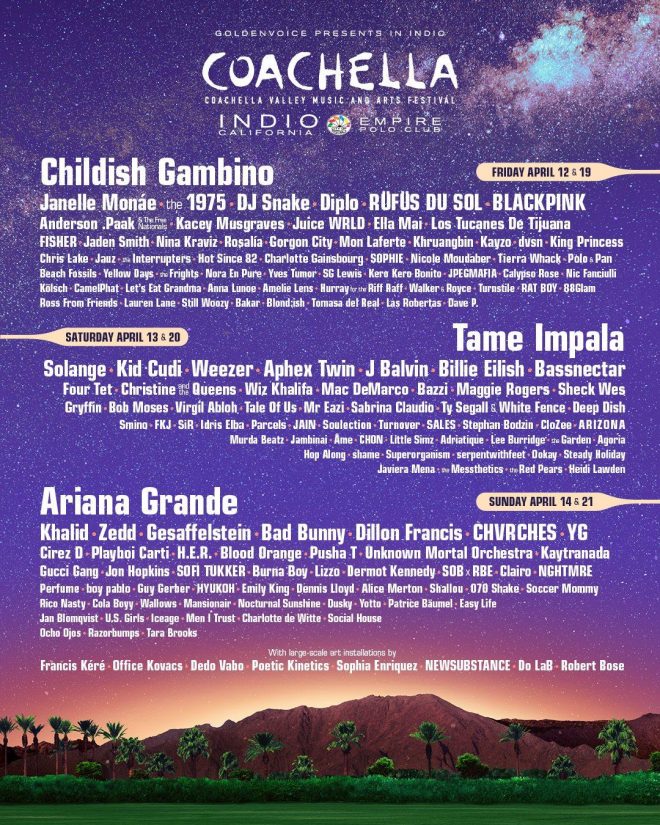