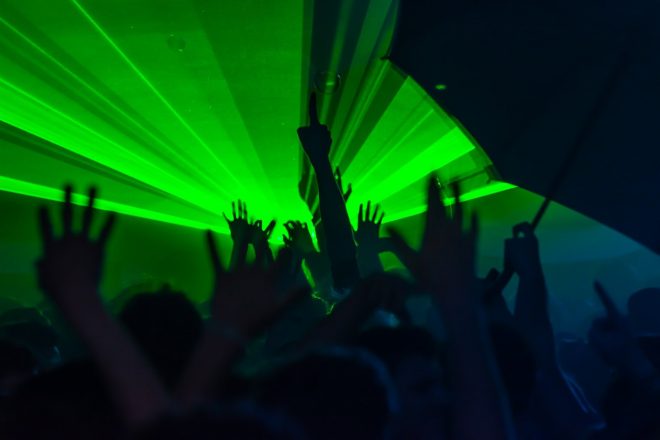 Eager crowds all over the country headed to nightclubs at the stroke of midnight last night as all remaining COVID restrictions in England were lifted.

This is the first time nightclubs have been allowed to open since March 2020.

Crowds in London had a huge selection of venues to head to with fabric, The Cause, Egg, Heaven and Orange Yard all hosting "Freedom Day" parties.

Clubbers outside Egg counted down from 10 to midnight and cheered as doors were finally, legally allowed to open into the venue.

Read this next: 10 DJs share their opening track for the return of clubbing

“For me, this is a New Year’s-type event and something we’re going to remember for a long, long time and we might not get the opportunity for a while” an attendee told PA.

While outside Heaven in Charing Cross an hour-long queue had formed 13 minutes before the club officially opened.

People are queuing down the road to get into this nightclub as soon as it’s legally allowed to open at midnight, when England’s covid restrictions are lifted. More on ⁦@BBCBreakfast⁩ later pic.twitter.com/UcVLVSVsK2

In Liverpool, crowds patiently waited outside 24 Kitchen Street for its Return To Rave 0 party - with the venue opening at a cheeky 11:59PM.

Committed ravers in Manchester headed to Hidden for the first half of its two-part reopening party taking place over last night and this evening - with a day party in their Cheetham Hill courtyard.

While on Princess street people began queuing "in the afternoon" to get into FACT21.

Bristol's Lakota re-opened at 00:01AM to a sold-out crowd with Bristol Live reporting "Some attendees confessed how weird it felt to once again be crammed into the queue for a nightclub; for others, it was their first-ever night out."

Micheal Kill from the Night Time Industries Association (NTIA) said: “It was extremely emotional to see clubs and venues reopen, with people dancing and listening to music into the early hours of this morning and sharing their passion for these experiences across social media, particularly how much they have missed them.”

Read this next: The music industry reacts to clubs reopening: "Don't lose sight of the fact cases are still going up"

“The last 17 months have been very tough, many businesses have been lost, and the ones who have survived are now overburdened with debt and desperate to be able to remain open, but have many years of building back financial stability ahead.”

“In many respects relief has come from the end to uncertainty, but it’s hard to shake the nagging concern over a winter surge resulting in further restrictions being brought in from October, and nightclubs being the scapegoat.”

This week will see "Freedom Day events" all over the country, with many venues officially launching on July 23.