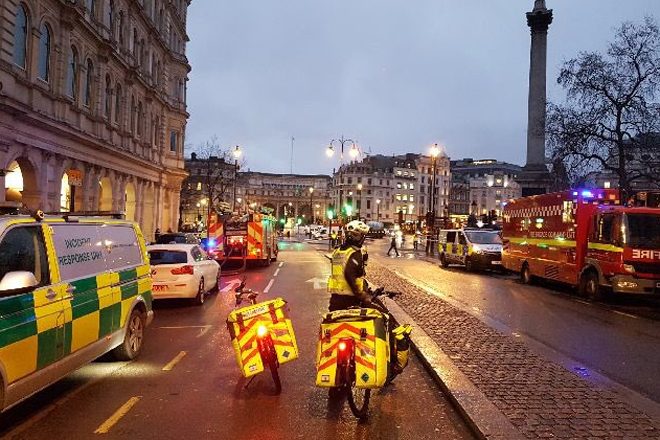 A gas leak caused London nightclub Heaven to be evacuated in the early hours of this morning (January 23).

City of Westminster Police tweeted that businesses and hotels in the Strand, an area of London's West End, were being evacuated as a "precaution". It's been reported a total of 1,500 had to vacate the area, with 1,000 of them said to be removed from Heaven.

London Fire Brigade later stated that "high levels of natural gas" had been detected because of a ruptured gas main in Craven Street.

Twitter user @cutiepidalecki posted: "We were just in Heaven and the whole club got evacuated. WTF is happening?"

Despite reports that the evacuation caused "chaos", DJ Adam Turner, who was playing at the venue, praised the club's security for the way it was handled.

"Yes we were evacuated just after 3am, but there was no panic, no “security being knocked aside”. In fact the calmest situation ever. Congrats Heaven security. Also thanks @LondonFire for letting me finish my set before evacuating too."

Charing Cross and Waterloo East stations are closed until further notice, while there are road closures in place in the surrounding area.

Heaven is a long-running gay nightclub, which hosts parties on Mondays, Thursdays, Fridays and Saturdays.