From Daft Punk and Stardust, to Bob Sinclar and Fred Falke — Ibiza and French funk have long been dancefloor friends. It could be that the Balearic shores have an affinity for warm house grooves and sweet Gallic vocals, or it could be that some of these records just sound better in the salty open air. It’s no coincidence that the Space terrace is where so many of these house classics were were hatched over the past two decades. But after that first wave from Motorbass, Cassius and the expanded Ed Banger crew, fellow label signing Myd is now bringing a touch of much-needed sunshine to the Balearics, transporting listeners from the South of France to a place where strong coffee, bright pastel colours and the promise of an early morning tennis match are guaranteed to start your day right.

Take one look at the photos shot exclusively for Mixmag at Pikes and you’ll fully understand why Myd, AKA Quentin Lepoutre, is so taken with this fun-and-sunshine disco haven. There really is no place like it on the White Isle. “Sometimes you play a club and before you go everyone tells you its story, especially with a place like Pikes — all the old memories! But sometimes the vibe just isn't there any more. But the people here are so nice, there are so many stories and objects around to remind you and it still has the magic. You hear the sound and see the people dancing and it’s the best vibe to make people dance. But when you play on a sound system made by a DJ as good as DJ Harvey, it shows. It was beyond even my expectations because it was so easy to enter the vibe.”

Read this next: Can Ibiza survive by building a sustainable future?

In 2022, Pikes in Ibiza confirmed its status (once again) as the coolest place to hang out on the island. If the corporate feel of clubs like Ushuaïa and Hï aren’t to your taste, or you don't fancy shelling out €80 for entry — then Pikes is the smarter, smaller, stylish club option, guaranteed to provide rich colour and poolside Balearic memories by the bucket-load. The list of people who have played there before September speaks for itself: Róisín Murphy, Cici, Ida Engberg and of course, Harvey, have all played at Freddie’s — with Jaguar also exploring the disco mood via her own curated Utopia parties this season. So see you back next summer, peut-etre? “I hope so! That’s also what’s so inspiring. Not only me making music, it’s also what do I get back from those sets and the hardest thing for an artist is to stay excited and inspired and I discovered way more than I expected. It was the perfect mix. Even hungover you go on the beach, eat nice food and meet open-minded people.” 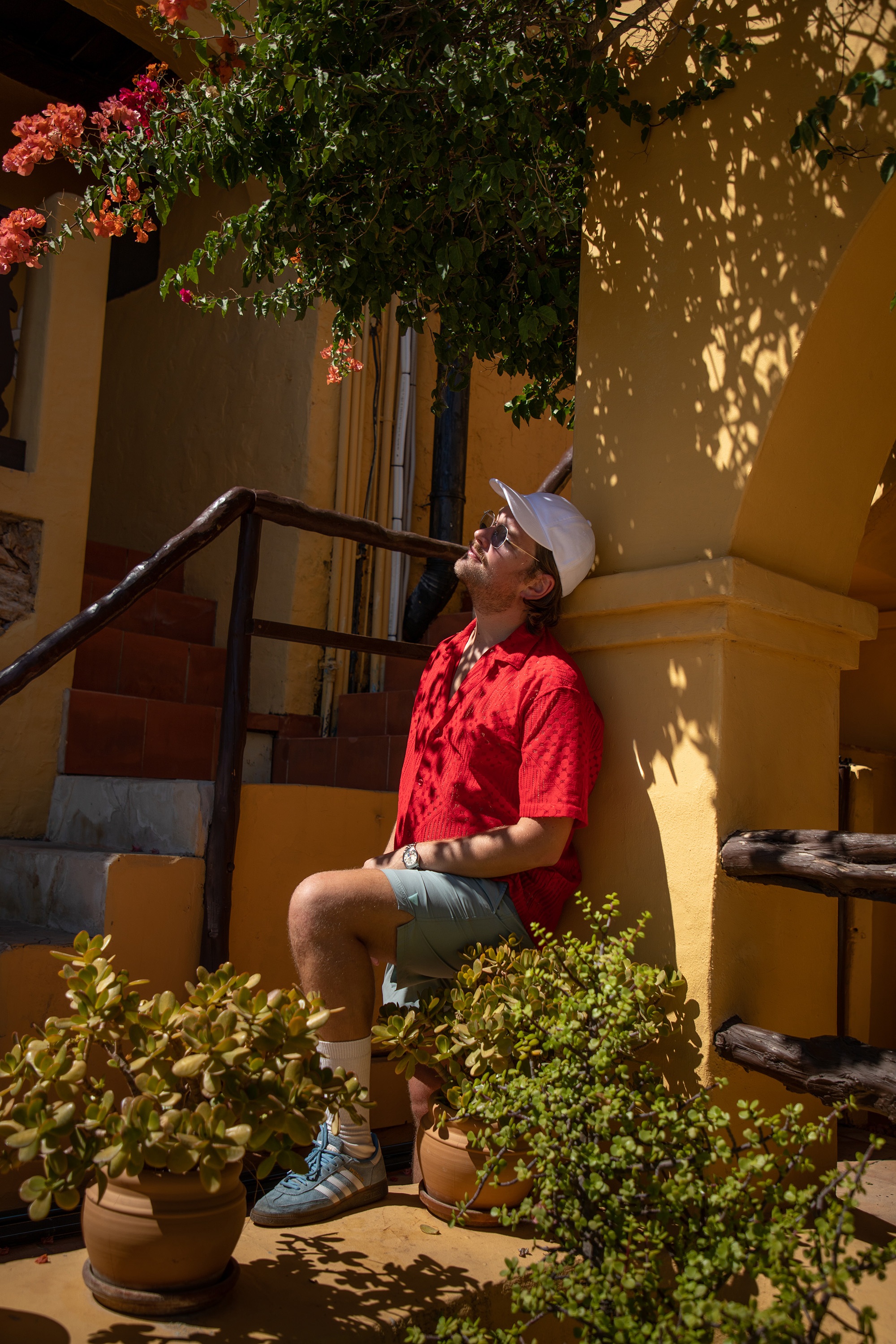 “As an artist, the hardest thing is to find your place. As a teenager, you want to find your place in the world and you have to try out many things," he says later. "I am 35 now and I’m still finding out little by little what I want to say artistically! But it’s so emotional. Pikes fits my vibe and I was quite emotional about that. I could have lived there twenty years ago! I feel like I am in my place.” The night Myd plays at Pikes oddly is the name night news of Queen Elizabeth II's death hits the Ibiza shores, we both - spookily- find out the news while dancing in late Queen frontman Freddie Mercury's former hotel suite. It's the subject on everyone's lips, so I ask Myd what these "two Queens" mean to him.

“I am a '90s kid so of course, the Queen is something: she was an icon and represented the UK all of my life. I was born with the Queen and emotionally, I am always a sponge but I had no idea it was so big for UK people! I know the Queen is beyond politics but it was special to see it. It’s kind of a new chapter for the UK and I am definitely touched by that. I was thinking during my set, should I make it more chilled now? Do I need to say anything? Even I think about that and I'm not from the UK, you can feel the vibe in the club."

And Freddie? “Growing up, I was listening mostly to electronic music but Freddie is also an icon. In a way, it’s an extravagant way [to be as an artist] but he’s the kind of artist that shows you can be extravagant and funny but your music has to be pretty serious and you have to present something really smart to compensate. This club, was his suite: they made the club in Freddie’s room! So having a party in Freddie’s room is a part of it!”

After a buoyant drop of Kylie Minogue's 'Can't Get You Out Of My Head', we're off to Manchester for Repurcussions at The Warehouse Project — where, despite an early doors set time, Myd quickly amasses a crowd in the palm of his hand. Manchester is just as majestic. Over 18 hours, this incredible line-up, which featured Little Simz, David Rodigan, Jamie XX and Fred again.., Carista and Jeff Mills saw Myd in his absolute DJ element — with Paul Johnson’s ‘Get Get Down’ providing the early evening house peak. He never stops smiling. You see, Myd isn’t afraid of pop music and he isn’t afraid of creating moments. In terms of influences, he cites Fatboy Slim for his ability to make pop songs out of samples, acclaimed indie songwriter Elliott Smith for the emotion he puts in a few chords and director Michael Haneke for the art of hiding humour anywhere. 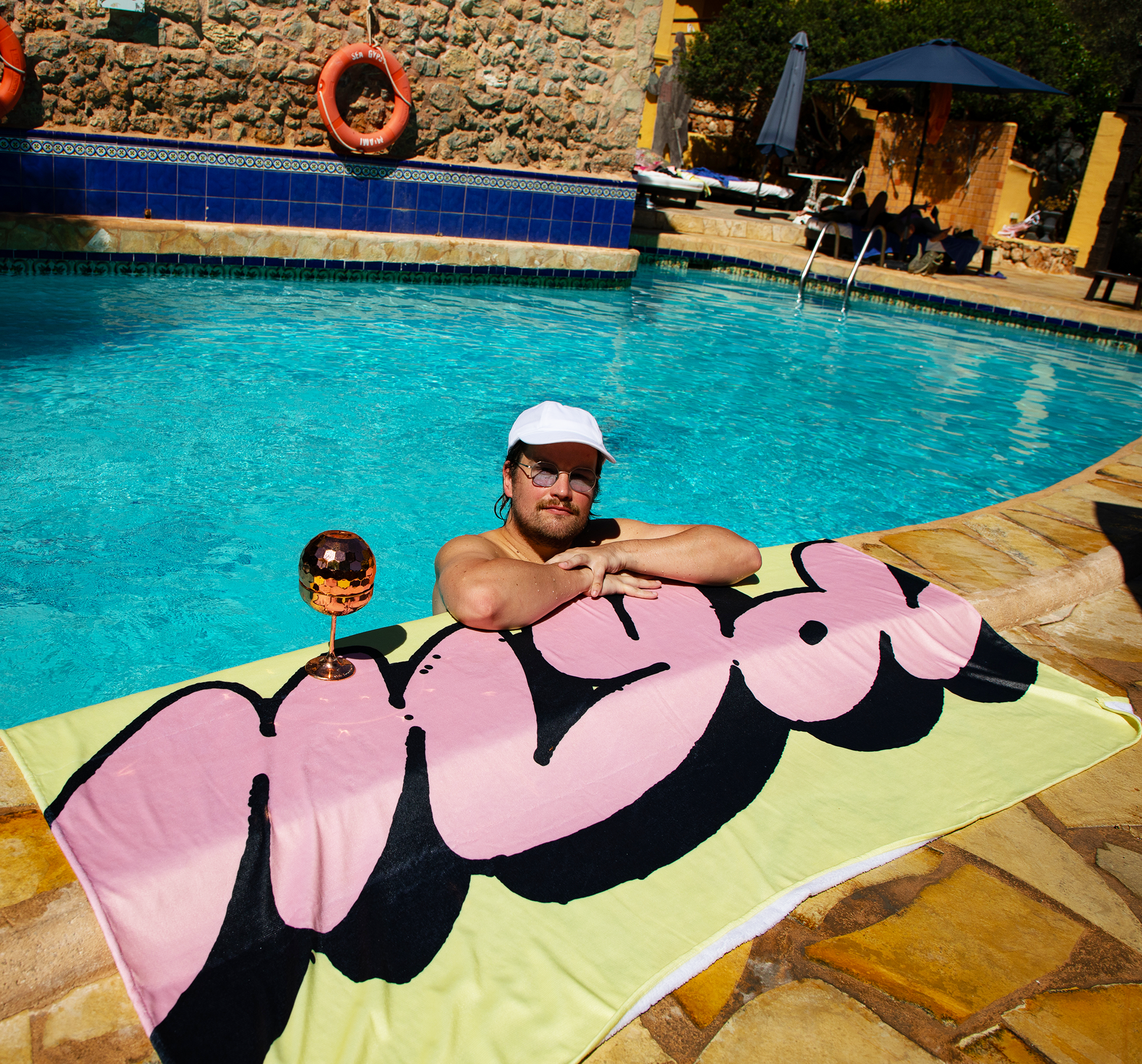 In late November, he’ll be supporting Norman Cook at All Back To Minehead, an example of something he calls “closing the loop".“I bought my first turntables after watching Brighton Beach,Big Beach Boutique! When you are a kid, you are a sponge and you want to be the same. You are five years old and watching a fire and you want to be a firefighter! I was 14 years old and I wanted to be a DJ. I was listening to The Prodigy, The Chemical Brothers and Carl Cox, which was a bit less charismatic in a way. I watched this guy and this show, with no mike and communicating with the audience [by] only writing the messages on a vinyl cover and I was like ‘WOW! That’s what I want to be’. It’s natural for him to be like that.” Now, you’re supporting him. Shall we close out with the loop? “I don’t want to think like that or I will be too stressed out. It’s already weird when you say ‘that’s the end of the loop’. Loops are stressful for me even though French touch is all about the loop! But it’s a milestone. When I told my Dad, he said ‘the loop is done!’ because he bought me my first turntables for Christmas. It’s stressful to end the loop, because where do you go after?”

“I am really, really good. It’s the end of summer and it’s ending with the best stuff — discovering Ibiza and now Manchester, its kind of a reward to play there. After that, I am preparing for two shows in Paris at the end of the month. I am focused and excited. The whole summer was amazing!”

You can catch Myd as part of the All Back To Minehead event at Butlins, Minehead from November 18th onwards. He will also release the deluxe edition of his Ed Banger album ‘Born a Loser’ this year.