It's something to do with the fact that Smith has an obsessive's range of musical knowledge, no doubt. His parents were big soul fans, in particular of Stax Records. He was drawn to trip-hop such as RJD2's 2002 album 'Deadringer' because of the way it sampled old soul tracks. He discovered electronica, such as 'Eyen' by Plaid, through skateboarding videos.

Jamie had to be talked into joining The xx, mainly because he was reluctant to go on stage. These days, while not exactly a showman, he's learned to enjoy the thrill of performing to, say, 50,000 people at Coachella. But he says there's no way he could be frontman. He needs a barrier, whether it's his xx bandmates or a DJ booth. Don't expect a Jamie xx live show any time soon.

Smith's first solo outing was in 2009, a trip-hop-influenced remix of 'Pull My Heart Away' by his XL label-mate Jack Peñate. He went on to remix 'You've Got The Love' by Florence And The Machine, ditching Florence's distinctive power singing in favour of breathy vocals from his xx bandmates and a restrained, skippety sub-UK funky beat, a theme he returned to on his rework of 'Rolling In The Deep' by Adele.

“The tracks on the album are things I never imagined for the xx."

It was when he was asked to co-produce Gil Scott Heron's 'We're New Here' that Smith really came into his own, though. He carried it off like it was the easiest thing in the world, turning a whole new generation on to the 70s jazz poet responsible for 'The Revolution Will Not Be Televised'. He modestly puts it down to the fact he was already a fan, thanks to his parent's record collection.

"I never actually worked with him in the studio," he explains. "It was all done remotely, but we talked a lot. I didn't think about the fact he's such a legendary figure at the time. If I did it now I'd really struggle, because I'd be thinking about it too much."

Is that something you do a lot think about things too much? "In the end I do, but not at the beginning. Starting a track is the most exciting thing about making music. I don't really think about it at all. The thinking too much starts afterwards."

And outside of music? "Everyone thinks about things too much, don't they?"

Do you think your music is very British? "Definitely. I love all the Chicago and Detroit stuff. I like a lot of stuff on Dance Mania, but the British stuff is what I relate to. For example, the remix of 'Rolling In The Deep' came about because I was really into UK funky at the time. I did a set at Notting Hill Arts Club where I was playing UK funky records at 33 instead of 45bpm, kind of in a chopped 'n' screwed way. People were coming up to the booth and going, 'What are you doing? It's the wrong speed!' Everyone left, and they ended up shutting the club early. I wasn't happy about it, but it did inspire me to do the Adele remix, which is basically slowed-down UK garage record." 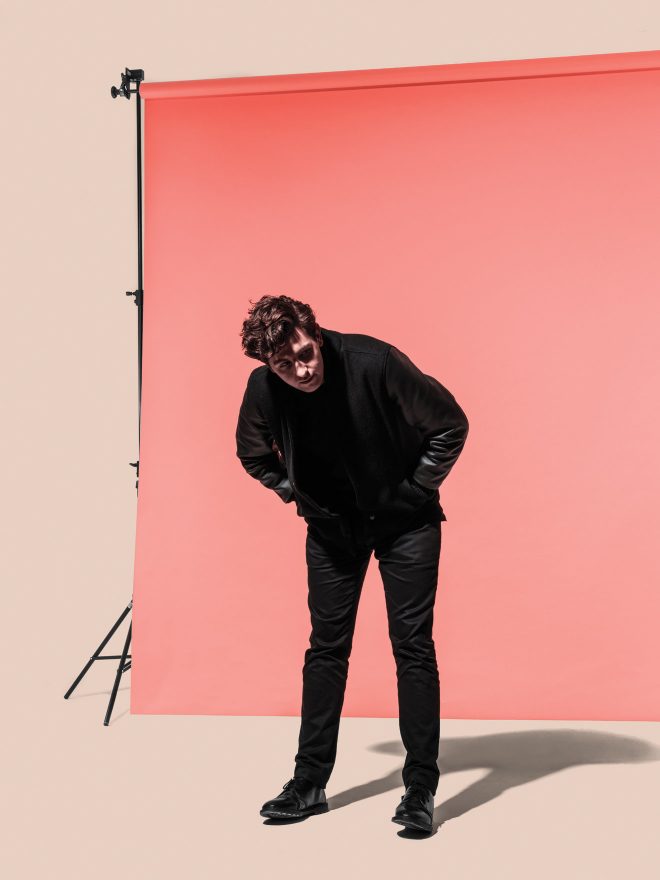 Dance music often doesn't have any lyrics, or the lyrics are throwaway, whereas The xx are known for theirs…

"I'm not really a lyrics person. I like the abstraction of electronic music. It's more about the melody. I can't recite a whole xx song. I don't think the other members will be offended by that. They know me well enough."

When you DJ, you only play vinyl and USBs. Why?

"I started out playing vinyl. I just like it. I like having it with me. At my gigs there are a lot of people who come that don't normally go to clubs. They are more used to seeing a band play live. Playing records is more of a spectacle; not so much when I'm playing in a proper club, but when I'm playing America. It's almost like being at a gig. Playing vinyl helps with that, especially when you have people gawking at you instead of dancing. There's more theatre to it."

How does being in a band influence the kind of dance music you make?

"I just come at it from a different perspective. People from a rock or pop background make a different kind of dance music, something that's more based on song structures. I can't make those five-minute tracks where nothing happens, like a loop from Detroit. I can't do that. I've tried, just to see if I can do it. I really love music like that, but it's just not me."