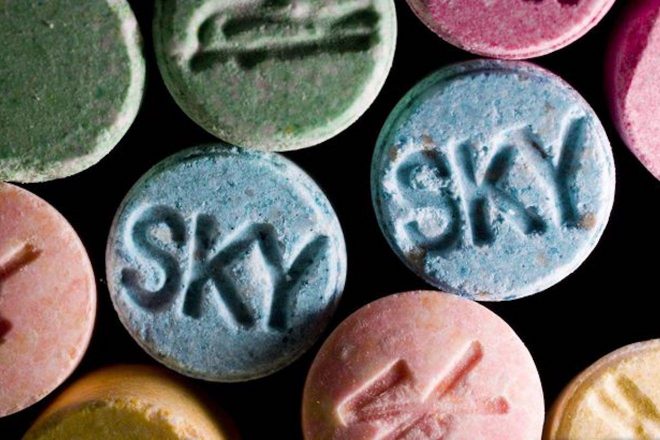 A dangerous MDMA spin-off, N-Ethylnorpentylone, has apparently been flowing from China into the pockets of unsuspecting party-goers.

Between 2016 and 2018, the drug has been linked to at least 125 deaths according to World Health Organization (WHO), in a report seen by Mixmag. The majority of these deaths occurred in Britain, with other incidents being reported in New Zealand, Australia, and the United States.

WHO has identified a “dramatic” increase in seizures of the drug since 2016. In response, the United Nations has issued a worldwide ban on N-Ethylnorpentylone.

The Loop, a non profit that offers drug safety testing and harm reduction information, has found the harmful substance in 1-out-of-20 tested samples of pressed pills or MDMA. They found these results while providing free drug-testing services at music festivals across the UK.

This month the conversation around N-Ethylnorpentylone increased once again. Fiona Measham, founder of The Loop, recently spoke to The Telegraph about the dangers of this new substance. “The real problem is that the effects are not that dissimilar at the start to what a user might expect from MDMA but it takes longer. What people might think is that they have a weak sample of MDMA so they take more and inadvertently re-dose or overdose.”

While it resembles the moon-rock party favor, with similar effects for the first two hours after ingestion, N-Ethylnorpentylone then takes a turn toward the dastardly. The drug is reportedly three-times stronger than MDMA, causing psychosis and paranoia in users who are then kept awake for upwards of four days after ingestion.

Not only does N-Ethylnorpentylone look like MDMA in powder or rock form, it also smells and tastes like MDMA - making reagent tests the only reliable way to identify the drug.

Measham, a criminology professor at Durham University and former drug advisor to the UK. government, went on to say, “It can keep [users] awake for two to four days. They become increasingly stressed and anxious. The concern is that young people don’t realise it’s the drugs and think it could be them or think they are losing a grip of their faculties. We have seen people who have full blown psychotic episodes.”

The U.K. Home Office has now approved The Loop to establish testing centers, where individuals can test their illegal substances without being prosecuted. With roughly 500 volunteers, many of which are health professionals, The Loop aims to have four monthly testing clinics up and running within the coming months.

We went undercover in a chinese MDMA factory
Ecstacy Island: This is the story of how MDMA reached the U.K. in 1988
Dutch police have created a MDMA-scented perfume