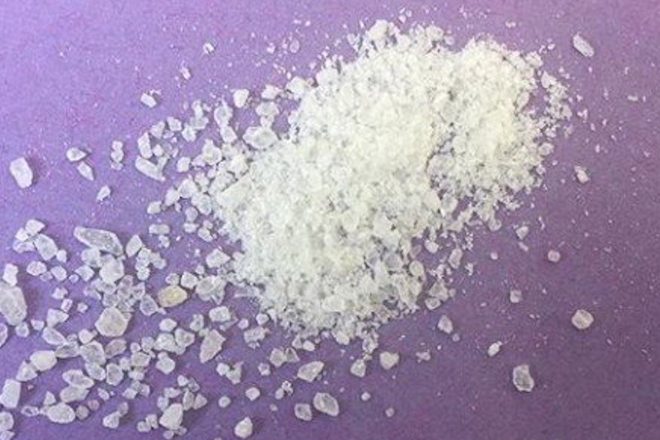 Narcotics experts have issued a new warning for an "MDMA-like" substance that is being sold as MDMA and can cause psychosis and keep users awake for up to three days.

According to The Telegraph, the drug that is apparently three-times as strong as MDMA is called N-Ethyl-Pentylone and was recently found at the Manchester festival Parklife. That's where the non-profit Community Interest Company called The Loop was stationed to help create awareness for harmful substances being sold.

The Loop tweeted out the warning after discovering the harmful substance: "We tested a gram of N-Ethyl-Pentylone at Parklife yesterday - looks and smells same as MDMA crystal. Relieved this user didn’t take it. Take care and seek medical attention if unwell. "

According to the experts, N-Ethyl-Pentylone is so dangerous because it can easily be mistaken for MDMA. Even though it is three times as strong as MDMA, it doesn't provide the same high, which can provoke users to use more and overdose. It also is reported to lead into three days of sleepless nights, paranoia and psychosis.

First detected in the US in 2016, later in Australia in 2017 and now most recently in Europe, the drug has also been linked to deaths and mass casualties at music festivals around the world.

Back in 2017 Dr David Caldicott, an expert in emergency medicine, told The New Daily about the seriousness N-Ethyl-Pentylone: "It has been clearly responsible for the deaths of people overseas, and a rather unfortunate phenomenon known as ‘mass casualty overdoses’, where 10-20 people drop simultaneously. So, it’s of great concern to the music festival environment."

This past weekend Parklife and The Loop were vigilant in providing warning when possible, including when the "Blue Punisher" pills where seen in the confiscation box. View their tweets below.

Artist Chemical X has donated an art piece made out of 4000 ecstasy pills to drug safety organisation The Loop, which can be yours. Find out more here