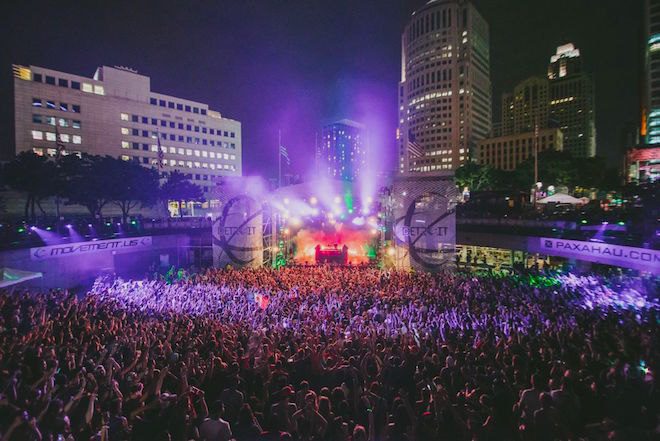 Movement Detroit will be making a comeback in 2022 after two years of postponement due to the pandemic.

Movement, which is one of the highest regarded and longest-running electronic music festivals in the world, will return to its traditional Memorial Day weekend slot May 28-30 at the Hart Plaza, Detroit.

Read this next: The rave spirit of Detroit is what makes Movement festival truly shine

On Instagram, organisers wrote: "We finally reunite after a long-awaited return to Hart Plaza"

The last festival took place in 2019 and the headliners were Disclosure, Orbital and Griz.

Read this next: The greatest things about Movement Detroit

In 2020 Four Tet, Ben UFO, Avalon Emerson and Carl Craig were amongst the names announced before the festival's postponement

In 2021, the festival announced a much smaller event, that also went on to be postponed.

According to Detroit Free Press, acts and artists for this year have not been announced yet, however, Paxahau - one of Movement's promoters - said that would be announced soon.

Read this next: How to survive Movement Detroit, according to the DJs

Fans of the festival are excited by the news, with one commenting on Instagram: "Let’s go! :) been too long since we played in hart plaza!!!"

Others on Twitter have echoed this. One person said "Omg I'm gunna cry".