For the past three nights, Village Underground has been transformed into a twinkling, glistening paradise, soundtracked by ambient, pulsating electronica and you've got Four Tet to thank for that.

With Hebden stood upon a platform in the middle of the room, lights hanging from the ceiling form a huge square, covering the venue from head-to-toe. You weren't watching a light show, you were in the light show. The team responsible for the lighting is Squidsoup, a UK-based, international collective of artists who create unique, dynamic installations around the world.

As Four Tet's serene tracks power their way through Village Underground's exemplary soundsystem, the lights bounce, flip and transcend before your very eyes in a multitude of colours. To put it in very simple terms, it was nothing short of beautiful.

Tracks like 'Planet' and 'Two Thousand and Seventeen' shot around the room alongside the flickering lights, immersing you in every build, drop and crescendo.

The final night takes place tonight and is sold out. To all those attending, you're in for a treat, for those not lucky enough to grab a ticket, feast your eyes on some of the best shots from the evening below.

Four Tet, you are a genius. 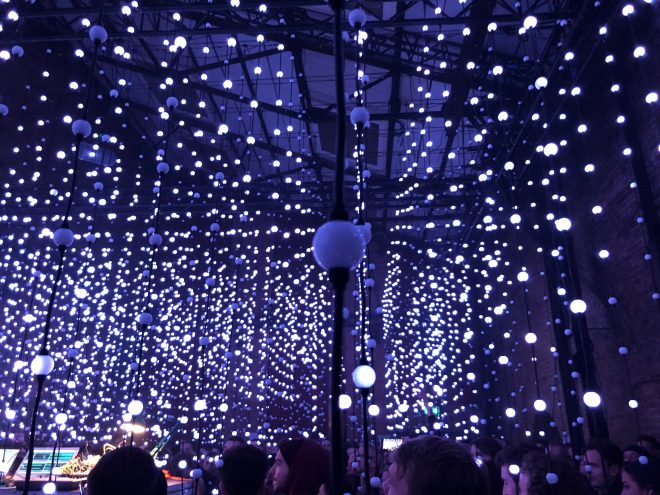 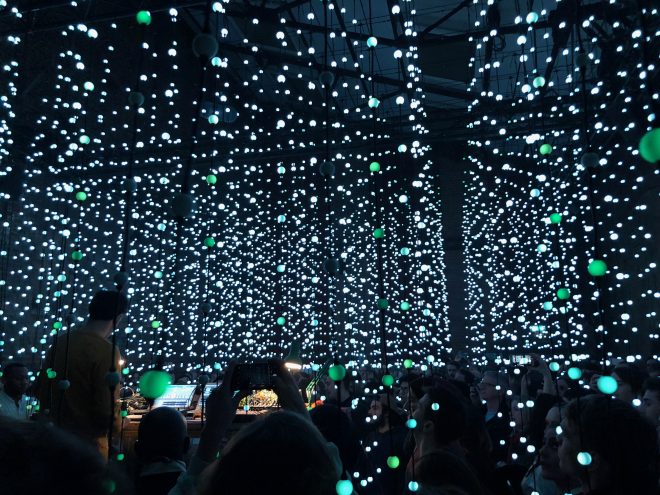 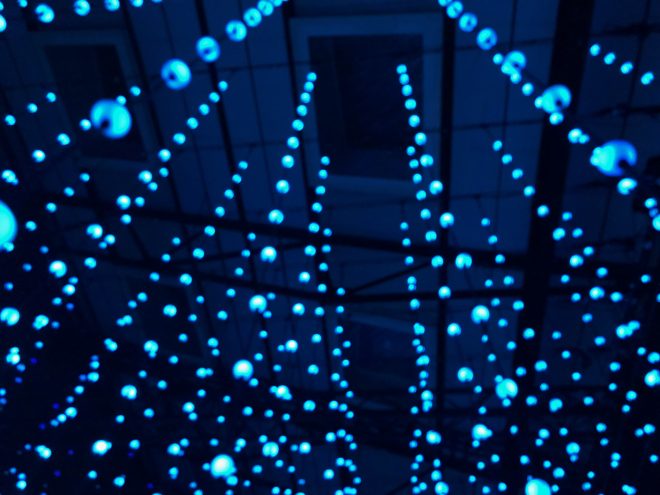 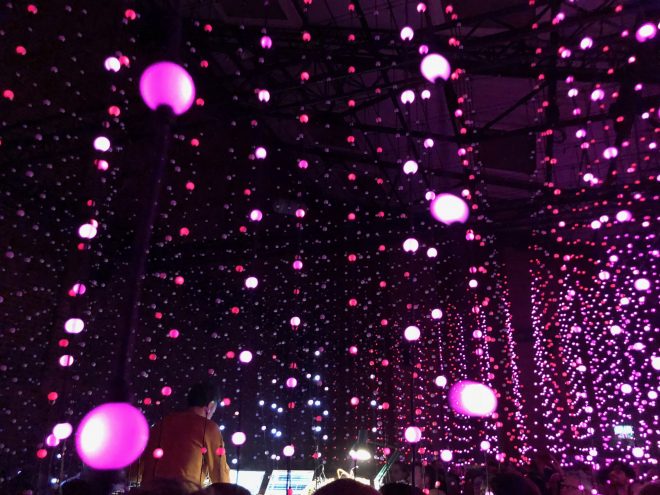 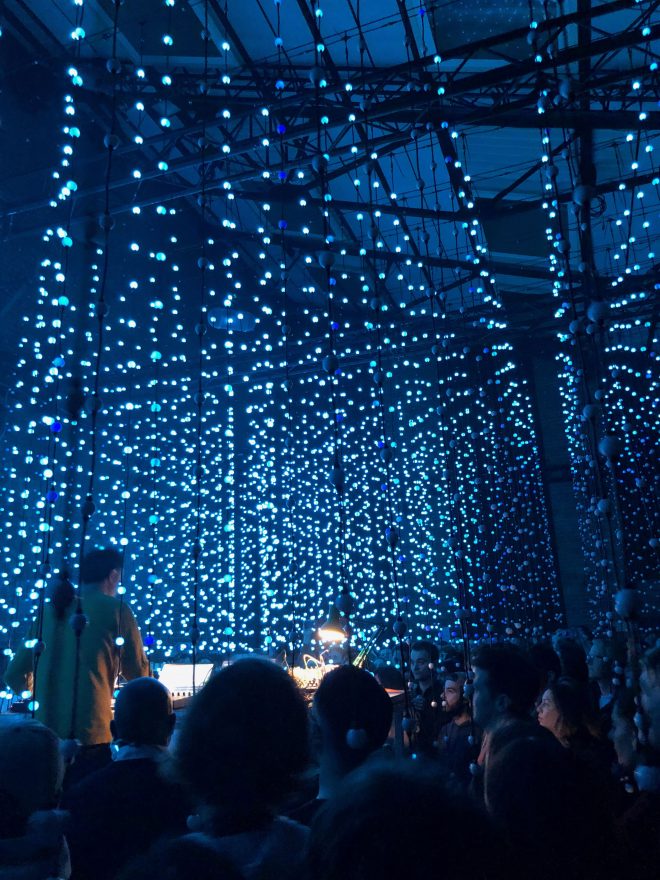