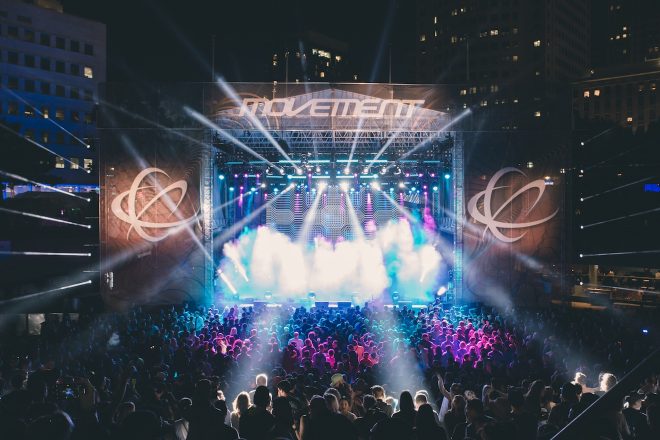 This Memorial Day Weekend, Detroit's Movement Festival will return to Hart Plaza's riverfront destination with performances from 95 artists including a debut show by the legendary duo, Underworld.

Underworld founding members Rick Smith and Karl Hyde explained their appreciation for the festival stating, “Detroit’s importance in the evolution and history of electronic music is unquestionable, and has been hugely influential to us."

Read this next: The greatest things about Movement Detroit

The line-up showcases popular acts such as Carl Craig, Adam Beyer, Four Tet, Ellen Allien, ANNA and Seth Troxler as well as more underground talent including Avalon Emerson, DJ Stingray, Ben UFO, Special Request and many more. Festival goers will also have the chance to experience the Phil Moffa and Seth Troxler collaboration, Lost Souls of Saturn along with a performance from deadmau5's techno alias, Testpilot.

A$AP Ferg from New York's A$AP Mob collective and the genre-bending TOKiMONSTA will bring in a bit of extra flavor to Detroit's techno paradise.

In terms of b2b sets, there's a lot to get excited about with Goldie playing alongside LTJ Bukem, Chicago heroes Derrick Carter and DJ Sneak going toe-to-toe and fan favourites Octo Octa and Eris Drew bringing their T4T LUV NRG set to the Detroit masses. That's not even to mention the formidable pairing of Joy O and Ben UFO or Kevin Saunderson and his son Danitez.

Read this next: How well do you know the history of Movement Detroit?

Starting in the 1990s, Paxahau has been organizing underground parties leading up to the highly successful Movement Festival which is now one of the longest running dance music festivals in the world.

With a line-up like no other, it's not one to miss.

3-Day and 1-Day passes are now available for both GA and VIP here. 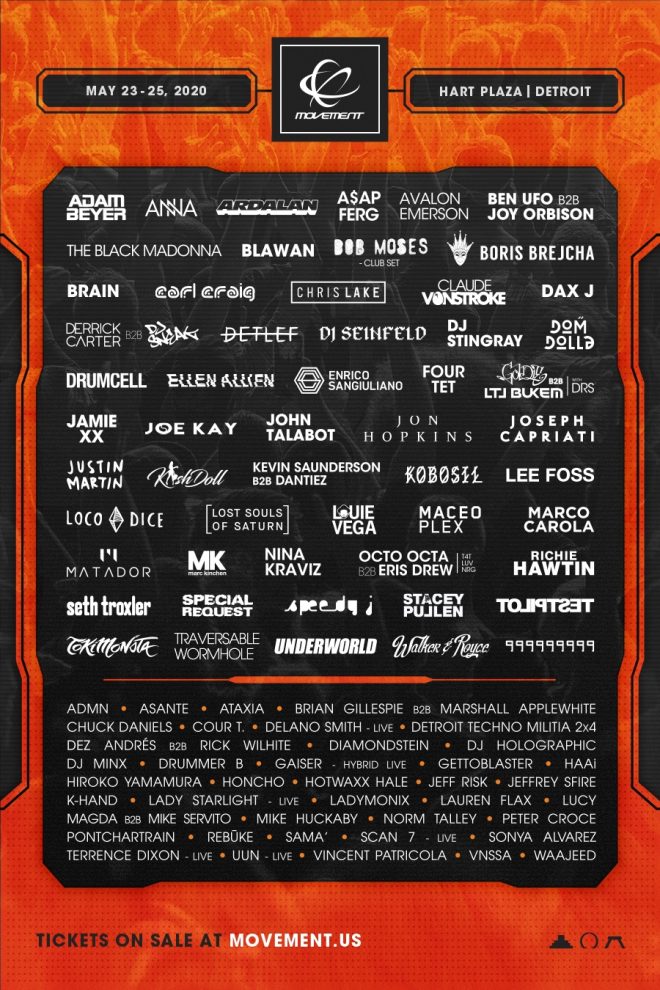