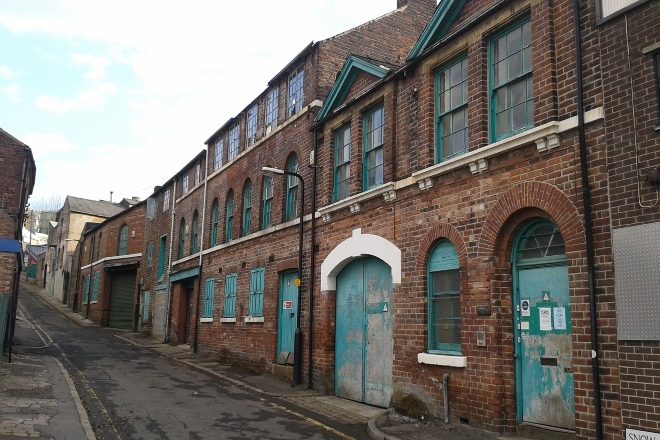 The building currently being used by Gut Level to host parties is set to turn into a block of luxury flats.

Last week, the Sheffield-based queer party and community announced that it was having to close the Snow Lane space in which it currently operates because of property developers.

On Instagram, the party wrote: “For many people involved in DIY & grassroots spaces, this story will be familiar.

"Insecure tenancies, accelerated gentrification and the appearance of luxury accommodation on every street corner has made it virtually impossible for small independent spaces to exist long term in central locations.”

Read this next: "In-your-face party"- Why Adonis is doing the queer underground proud

They confirmed that they are hoping to have the venue for another three months before it gets redeveloped into apartments in early October. The Sheffield promotors are hoping to have parties throughout July and August and for collectives to take over the Snow Lane space while they have it.

However, the closure of the Snow Lane space does not signify the end of the party, as organisers are keen to find a permanent, autonomous space that they can use long-term.

The closure of the current venue came as a “shock” to co-founder Katie Matthews - who formed the party alongside Hannah Beres, Adam Benson and Frazer Scott in 2019.

Speaking to Mixmag, Benson of Gut Level said “We were given notice just a couple of weeks ago that we had to be out of our space by the end of September.

“This news came from our landlord (who for context leases the building from the property owner, and also owns a club within the same building) with the message that there would be no room for negotiation.

“Upon hearing this we contacted the developer directly, to see if we could negotiate on personal terms to extend the current tenancy past the proposed end of September exit date. Sadly this was to no avail as we were informed development is planned to commence in October.”

This news also comes as the Sheffield queer party is in the process of creating their second room, dubbed the “pipes room”.

“It was disheartening to receive the news in the middle of some exciting development to the space, but we still intend to open the Pipes Room for the remaining string of events until closure.

The Snow Lane building that Gut Level takes place in is a former cutlery factory called Kutrite Works. It is a Grade II listed building.

“It’s worth noting that the building Gut Level currently occupies sits within a wider complex of art/music studios as well as another night club and a local radio station, meaning we are not the only ones impacted by this eviction. The building has been occupied like this on a meanwhile use basis for over a decade and has somewhat of a cult status in the city.”

The queer party relocated to the site in 2020 after the pandemic forced its former Attercliffe Arches venue to close down.

Read this next: "A vortex of freedom": HOROVOD festival is merging queer euphoria and Slavic tradition

According to planning permission documents, the site of Kutrite Works, Snow Lane is being turned into 20 apartments. Originally proposed in 2012, the latest correspondence available online about the building sites dates back to 2020.

The crew say that this redevelopment of their space echoes the pattern of closure of nightlife which is being experienced all around the city. They said: “The local area has been under rapid development for the past few years, meaning residential property is quickly populating what was once a sparse, ex-industrial area of the city (which has a history of under the radar events in several different legendary spots).

“Because of this we knew eventually it would be increasingly difficult for us to obtain late night licensing in the future, meaning our ability to party here would soon be suppressed. Sadly this is a notion that’s been echoed around the city (and probably the rest of the uk) for some time.

“It’s good that Sheffield is expanding as a city, but cultural organisations like ourselves are the ones who are muscled out of prime spots and left displaced.”

Since the announcement about Gut Level’s venue closure, attendees and members of the queer community who used the space gave their tributes to the beloved Snow Lane venue.

Others have also been showing their support to the Gut Level crew - DJ I.JORDAN wrote in an Instagram comment; "So fucking shit. Sending love."

The team at Gut Level said that they are ”dealing with this positively.”

“The impact of this has been pretty heavy for us, but as previously mentioned, we knew the time in this building was always limited and now we can look towards a more permanent space. The response from the community has been super touching, and it’s been really warming to see what our space means to the people. We’re happy to be leaving the space on a high - with a community of members who love and support Gut Level, this energy will be injected into whatever comes next for us!

Read this next: Unorthodox Event is leading the first queer movement in drum 'n' bass

The party is starting a fundraising campaign and is selling T-shirts to raise money for the queer party and the community that it supports. For more information about the fundraising initiative, check out Gut Level’s Instagram post below.

Read this next: A plaque commemorating queer night trade is being put up in Islington