A low red light picks out clubbers grooving to DJ Undisclosed on Peckham Audio’s subterranean dancefloor, hyped up onstage by bearded drag queen Ash Kenazi and Ayebaitari, who’s just finished her opening set. The drum ‘n’ bass crowd’s usual jeans and t-shirts uniform has been swapped out for fishnet one pieces and suspenders, while Ash’s brother Nathan X - otherwise known as Toby Nathan, founder, DJ and mother hen at Unorthodox Event - moves through the dancers in a gold fringed bikini top and black lipstick. The aesthetic screams cyberpunk, but with a campy queer edge.

This is the result of a year-and-a-half’s hard graft by Nathan, who’s spent the pandemic building drum ‘n’ bass’ first queer community. In the absence of nightclubs and physical LGBTQ+ spaces, the bulk of his work has happened online, uniting the scene’s disparate queer members in the Unorthodox Event Facebook group.

Unorthodox managed to squeeze in one socially distanced night in the lull between lockdowns last September, but tonight will be their first proper post-lockdown outing. Together with parties like Ayebaitari’s Queer Rave (which had its first event with Nia Archives and Greentea Peng only a few weeks ago) and the Drag n Bass parties in Leeds, a queer movement within d’n’b is well and truly bubbling. 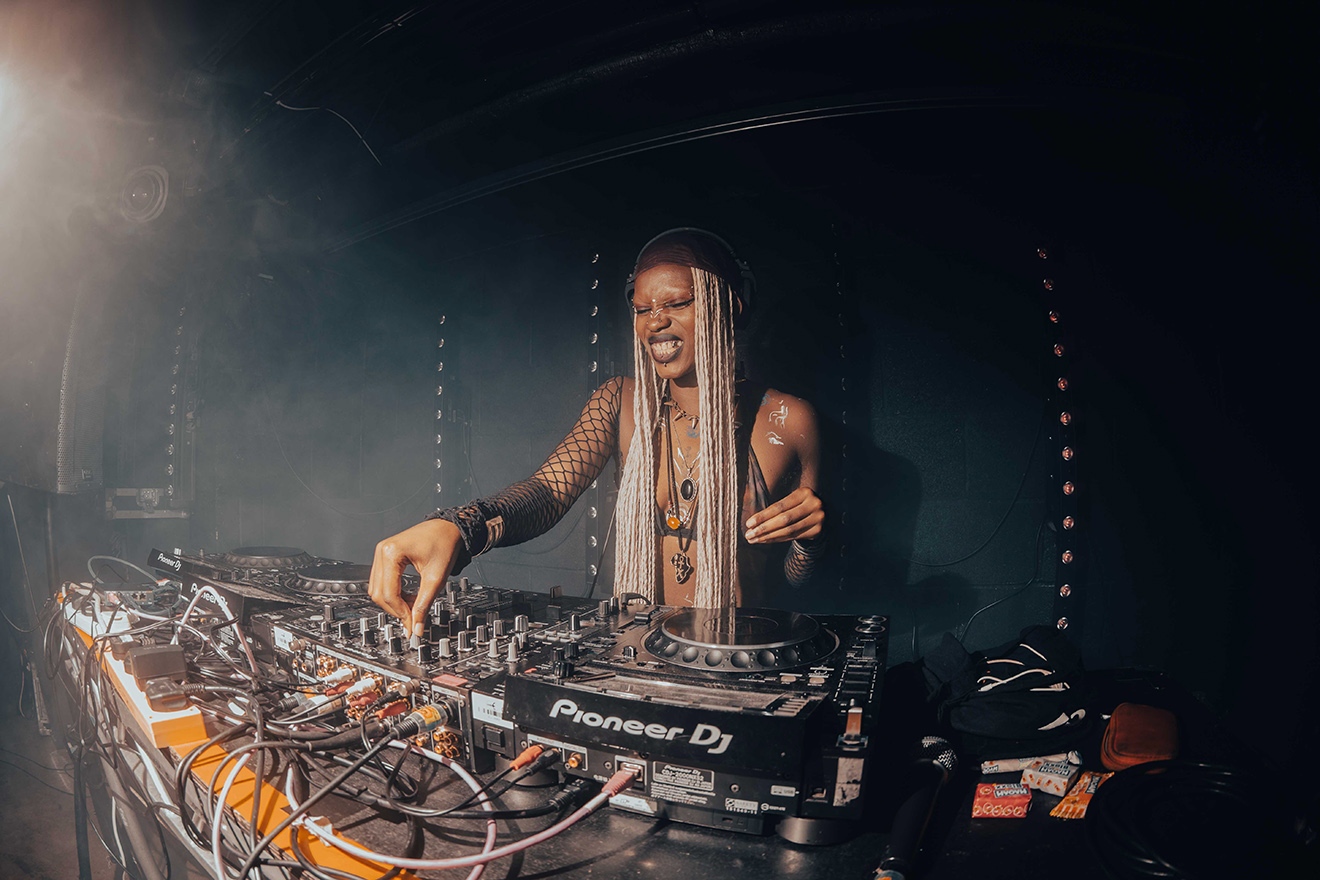 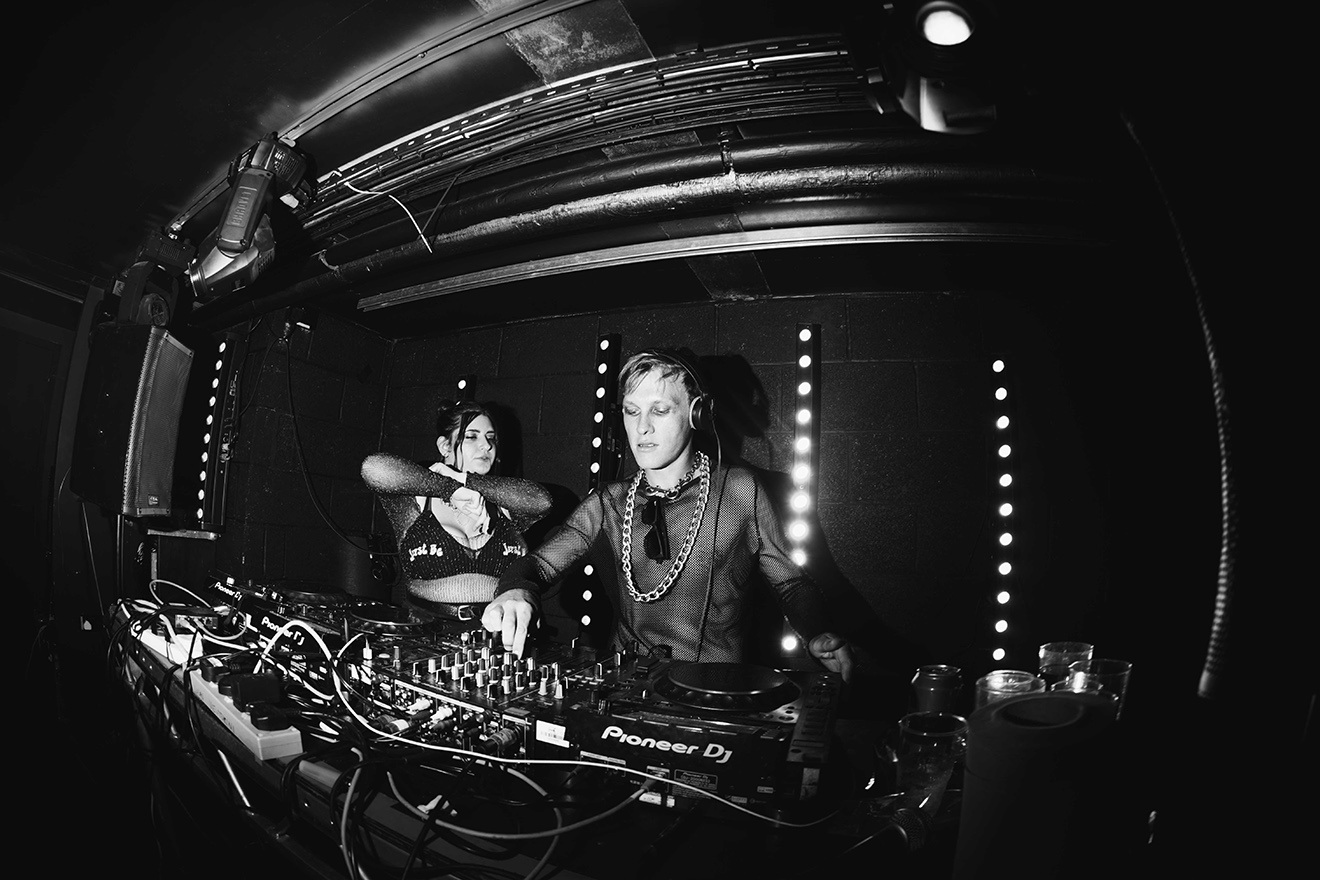 The idea for Unorthodox came to Nathan at the start of last year when, following a hiatus from the scene, he was considering how to return to DJing in a way that would accommodate his queer identity. “When I was involved in drum ‘n' bass before I didn't really express myself how I do now,” he says. “I knew I was gay, but I never felt the need to go gay clubbing or have loads of gay mates or wear makeup. I think that's just because of how the scene was, and me being a young 18-year-old who's just discovered drum ‘n’ bass, I was very much trying to be part of that scene and fit in.”

Nathan wrote a post in the DnB Talk Facebook group asking for people’s thoughts on a new LGBTQ+ d’n’b night. The poll grew to be one of the most commented on posts in the group’s history, with over 800 replies and 1,070 votes.


While a majority of 783 votes supported the idea, a sizeable minority took the view that a queer night would unnecessarily divide the scene. Some replied with openly hostile homophobic comments. The worst culprits were banned from the group and Nathan - who had never considered himself politicised before - threw himself into carving out a space for queer drum ‘n’ bass fans.

“When I did that first post, although there was a lot of homophobia, it was also the point at which a lot of people felt they could open up,” says Nathan. “There are messages like, ‘I went to an Andy C concert, wore a bit of eyeliner and I got loads of abuse hurled at me’. I realised it wasn't just me. There were a lot of people who felt like in that scene they couldn't express themselves.” 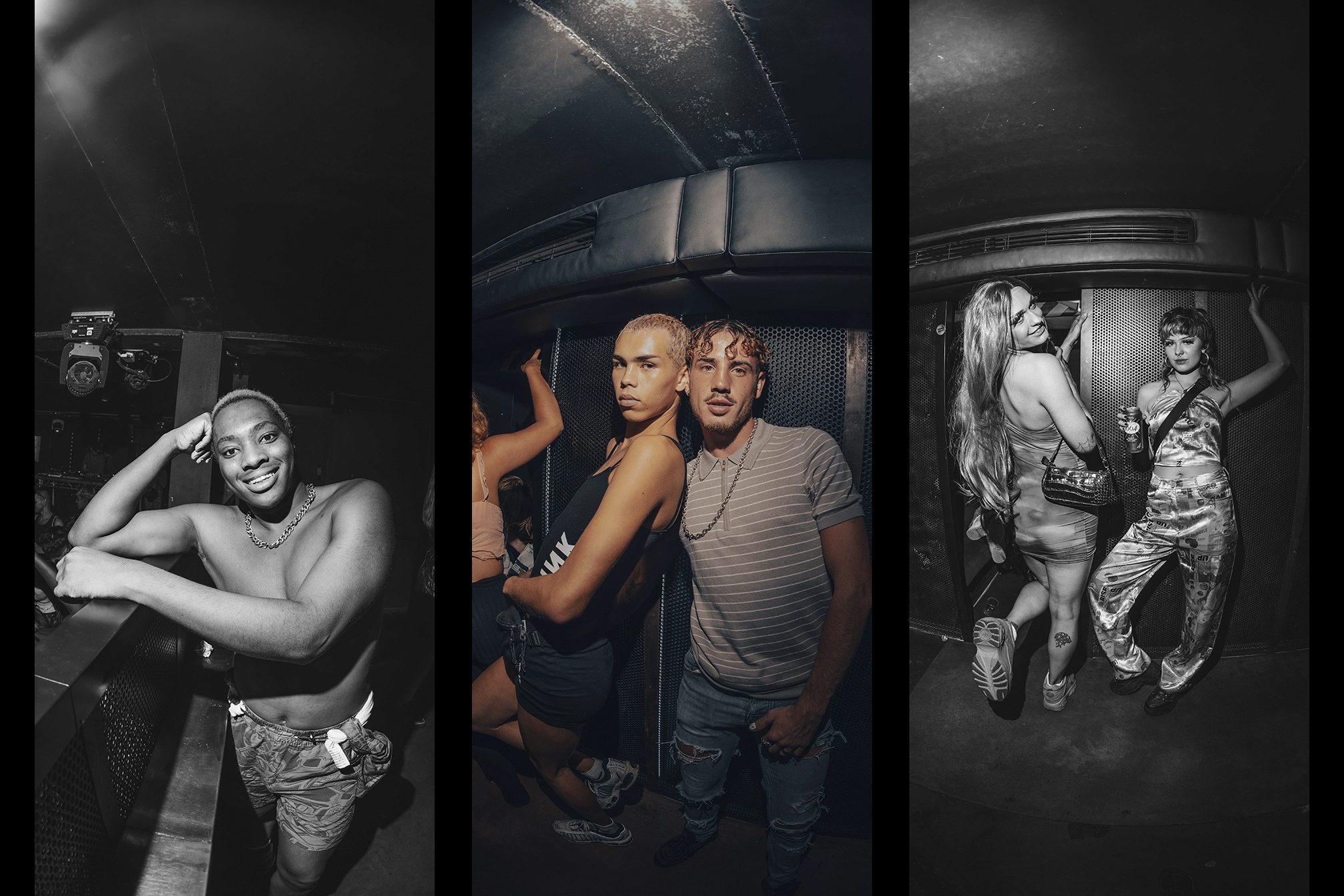 It’s been like this a long time according to MC Chickaboo, who holds the accolade for first woman jungle MC and has been openly queer since the beginning — no easy feat in the '90s, when the Section 28 law still prohibited the so-called “promotion” of homosexuality in the UK. “I have never experienced anything like what's about to happen with Unorthodox, and also Queer Rave,” she says. “Hopefully it's going to bring my two separate lifestyles together for the very first time in my life, because I'm queer, but I'm also a junglist raver. Those two things have never been married together in the same environment before. It's really exciting for me after 30 years to not have to compartmentalise myself.”

Read this next: Fabio & Grooverider's Rage night was the fiery crucible where jungle and drum 'n' bass were formed


Fabio & Grooverider’s jungle pantheon Rage may have been founded in Heaven, one of London’s most famous gay clubs, but that didn’t necessarily equate to lots of queer clubbers inside, Chickaboo says. She remembers a time when she would be asked if she, by identifying as gay, actually wanted to be a boy, or men keeping their girlfriends away from her in case she seduced them. Yet she still feels that her encounters as a queer woman were relatively benign. “They looked at me as a bredrin kind of, their little tomboy sister,” she says. “I'm not sure that a feminine presenting man would get away with that experience like I did.” 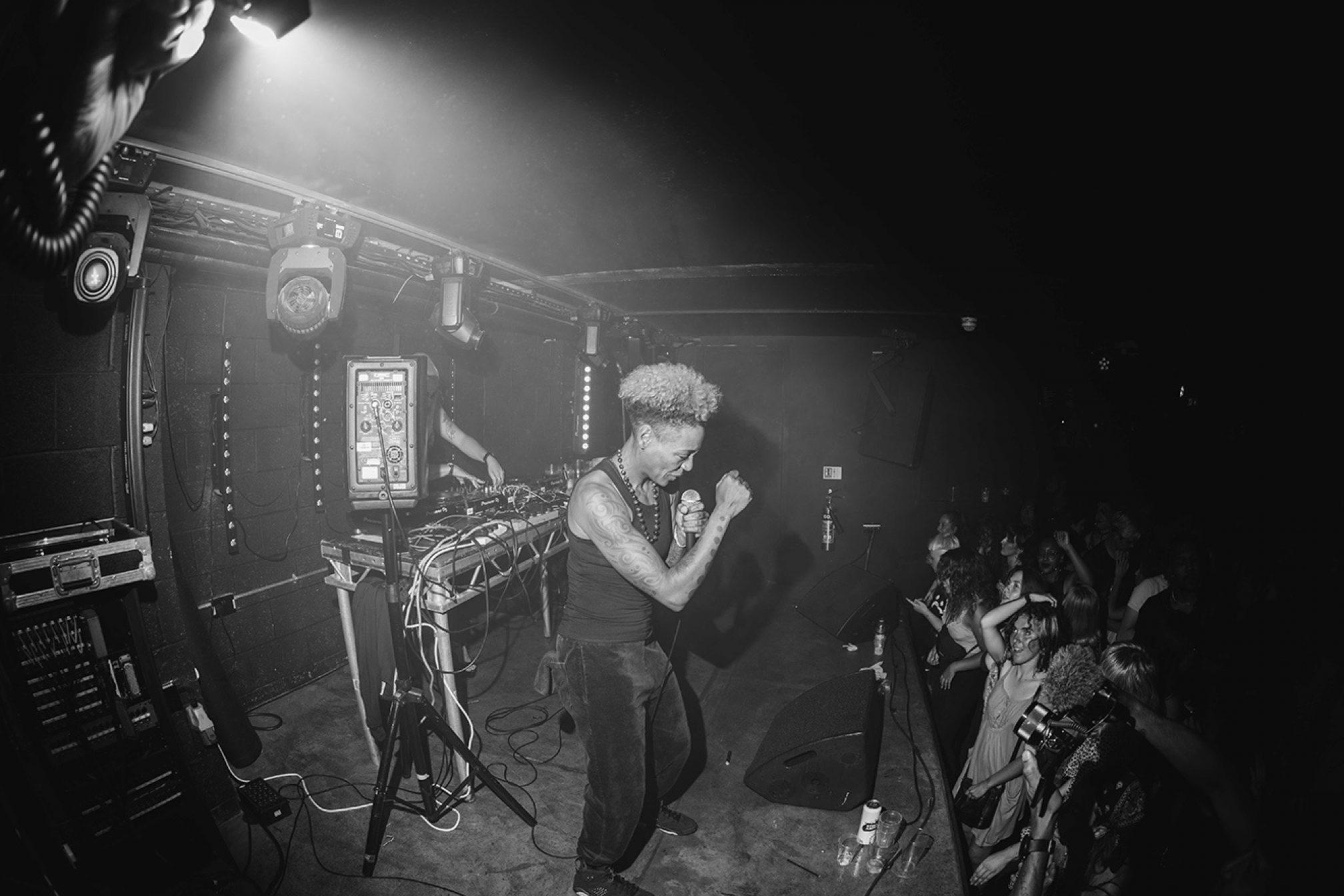 “I've had people grab my necklace and go, ‘Why are you wearing that?’” says Nathan, who was initially hesitant to DJ in drag after previous confrontational experiences as a d’n’b clubber. Not all raves are like that, he says, but enough that many of the gay, non-binary and trans DJs he’s met through Unorthodox have struggled to feel like they fit into the scene. The antidote, he reckons, is a d’n’b night that is vocally welcoming to both LBGTQ+ and straight clubbers. “I don't want it to become its own subculture. It needs to be very much integrated into what is drum ‘n’ bass,” he says.

When Nathan X and Chickaboo take the stage together, everything from the sound to the optics show a clear statement of intent. With blonde wigged hair swinging, Nathan X starts the set off slow with the 16 Bit dubstep remix of Britney Spears’ ‘Toxic’. “Are you ready for mama?” Chickaboo hollers. “Mama is gonna feed us. I personally want to thank them for taking a big risk.”

Then the bass drops with an almighty rumble and Ash Kenazi, in a burst of drag comedy, graciously hands out paper towels to sweaty ravers before improvising a ribbon dance with the unravelled roll. “This is what we needed all along,” Chickaboo riffs over the mic. “We understand community in here. We understand each other in here. We are together.”


Read this next: Drum 'n' bass has a gender problem. Who's going to fix it?


“It’s been affirming to be back in a space like this, particularly with drum ‘n’ bass,” says clubber Kelly, who we bump into later in the smoking area. “It’s a safe space, which you never experience with this kind of music. It’s kind of sick to experience that here.”

The point of Unorthodox, according to Nathan, is not only to create that safe space for queer people within drum ‘n’ bass, but to prove that there can also be a place for drum ‘n’ bass in the wider queer culture. During his brief departure from the scene Nathan immersed himself in queer clubbing, encountering house, techno, and eventually drag, but never d’n’b. When he quizzes his friends on whether they would go to a d’n’b night they decline, saying that the genre is perceived more as a “straight thing”. But Nathan believes that their minds could be changed with the right environment. “Because who doesn't like drum ‘n’ bass? That's what I want to know,” he quips. 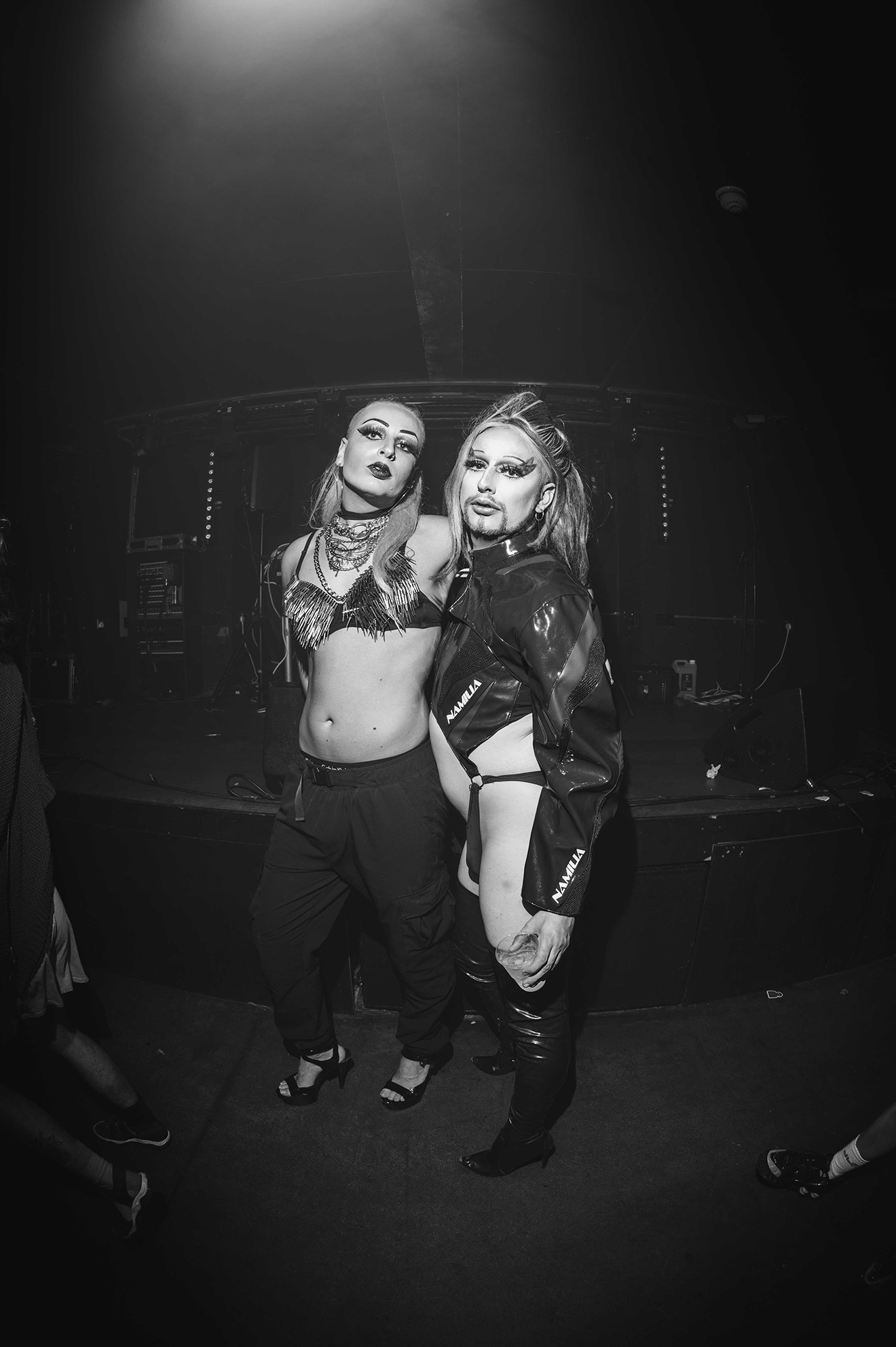 The music tonight is relentless, veering from the tunnelling whine on Bungle’s ‘Cocooned’ to Dimension’s hammering ‘Whip Slap’. Clarkus and Pinks - two DJs who met Nathan through Unorthodox and now help manage the community - slay with a back-to-back set that draws the crowd further still into the gnarly depths of drum ‘n’ bass. When Pinks plays Operate’s ‘LSD’, the whole room descends into a cacophony of shrieks and whistles.


Read this next: How young artists are transforming drum 'n' bass

“Based on some of the music that’s happened tonight, I think I might be a convert,” says clubber Cameron, a self-proclaimed “disco pop tart” who’s come out to sample Unorthodox. Cameron tells us he would usually forgo the d’n’b room at other raves, having been put off by its hyper-masculine reputation “as somebody who is a bit more, at least in their presentation, soft, more feminine.” He continues: “But in this space I’ve felt like it’s been very open. We’ve had two major drag queens in the scene leading the event so it’s high femme, if you will, as the spearhead of this drum ‘n’ bass night.” 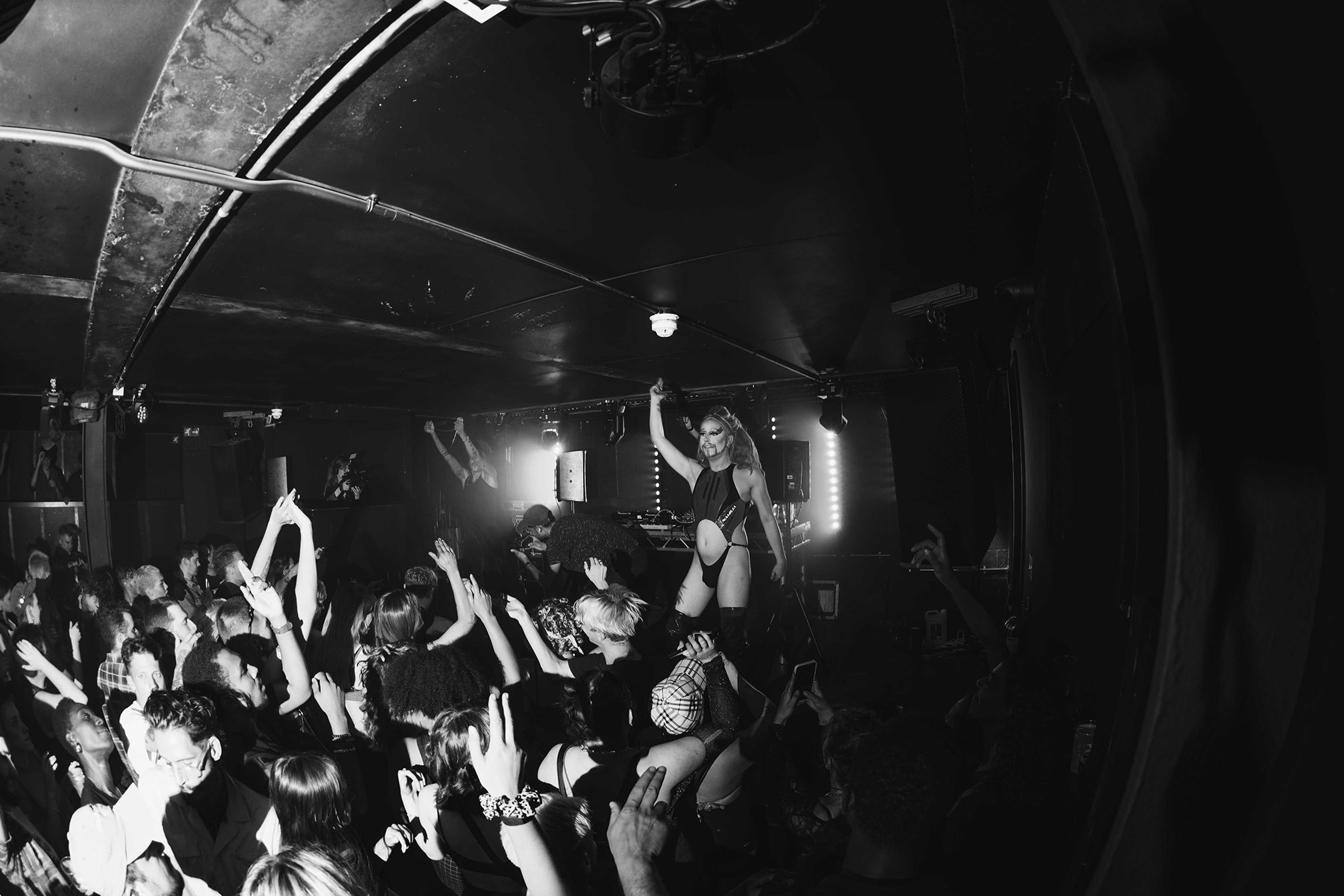 What shines through most in the room is a potent cocktail of queer joy and bass-induced euphoria. Ash Kenazi clambers on top of the speakers and sits swinging her thigh-high PVC boots over the rampaging dancers. Nathan X steps out from behind the decks and, as the bass drops on a dubplate mix of Rihanna’s ‘Pon de Replay’, lets off two sparklers and drops to the ground, much to the delight of the whooping crowd and the jubilant Chickaboo.

This is history-making, Unorthodox’s organisers insist, and now, unshackled by lockdown, grassroots leaders like Nathan X and Ayebaitari will continue to bring the dancers out and embed queerness within drum ‘n’ bass. It’s a vital contribution to conversations already being had about women, non-binary people and people of colour, led by campaigns like EQ50 and Black Junglist Alliance, to restore a once vibrant and diverse scene.