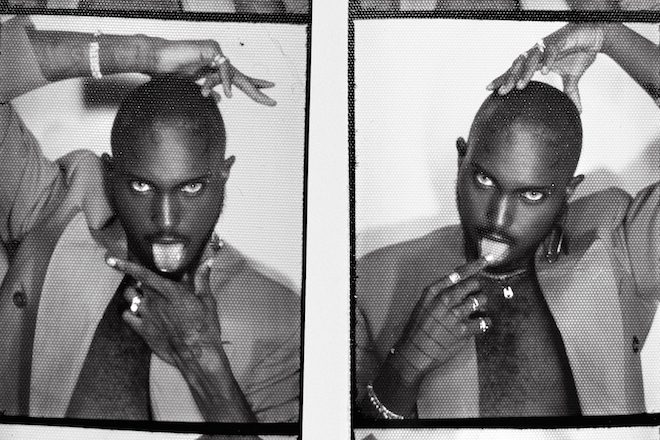 The UK's first LGBTQ+ electronic music and camping festival, Flesh, have announced the line-up for its 2022 debut.

The LGBTQ+ electronic music and camping event will feature a majority of female, trans, non-binary, and queer performers, as well as a diverse line-up.

Read this next: Body Movements festival was a landmark occasion for queer self-expression

Three stages will include headlining DJs such as Ellen Allien, VTSS, LSDXOXO (pictured), Rebekah, Chippy Nonstop, Jaguar, Syreeta, Hyperaktivist, and Juliana Huxtable during the course of the two-day festival.

Underrepresented acts will make up the entirety of the line-up; women, trans+, and non-binary artists from a variety of ethnic backgrounds, as well as other underrepresented groups such as LGBTQ and working-class artists, make up the great bulk of the array of performers.

Read this next: "A vortex of freedom": HOROVOD festival is merging queer euphoria and Slavic tradition

In a press statement, the festival says: "The festival addresses long-term issues in festival programming, which is dominated by cis-male straight artists, breaking the cycle and allowing emerging and underrepresented talent to break through on a worldwide platform. Being featured on a major festival line up will create visibility and generate bookings for the artists involved and set an example for other promoters to follow.

"Many people talk about equality in electronic music but Flesh is taking real-life action to make it happen."

Riposte London will also be hosting a sober tent; this will be a relaxed environment where individuals may socialise, participate in seminars and panels, share their experiences, and unwind.

Read this next: Always energetic: Why Saoirse is this summer's essential festival DJ

London Sound Academy will give two scholarships and continuous coaching to future QITPOC musicians to help develop a new support network. The scholarship programme will kick off with a talent search and conclude with live performances during the festival.

Speaking on the scholarships, the festival has said: "We don’t believe in tokenism but we believe in giving equal platforms to everyone and for our audience to feel represented when they come to our events.

"What this means is that we dig deeper, we invest more time in researching and putting together our line-ups. Where there is a gap in representation, we aim to fill it with education and support for new artists."

The LSA scholarship talent search will ask applicants to submit a cover letter, DJ mix or playlist- full instructions can be found in this Google Form. The deadline for entrants will be February 3 2022.

Tickets to the festival can be found here.

Read this next: Unorthodox Event is leading the first queer movement in drum 'n' bass