Stingray disagrees: “For me, it's as if there is a crowd, because of this location, its the same kind of pressure as if it was packed.”

For sure this is no ordinary livestream. Up until now, there's only been a select group of people who have been able to watch an artist play within Berghain's notoriously exclusive walls.

For its 16th birthday, Ostgut Ton collaborated with ARTE to invite the world inside the Kreuzberg institution for an 18-hour stream across three days, which saw a series of one-off, hour-long b2b’s from some of the label's most beloved artists.

Though, is it the venue that makes Berghain? or the artists? the crowd? 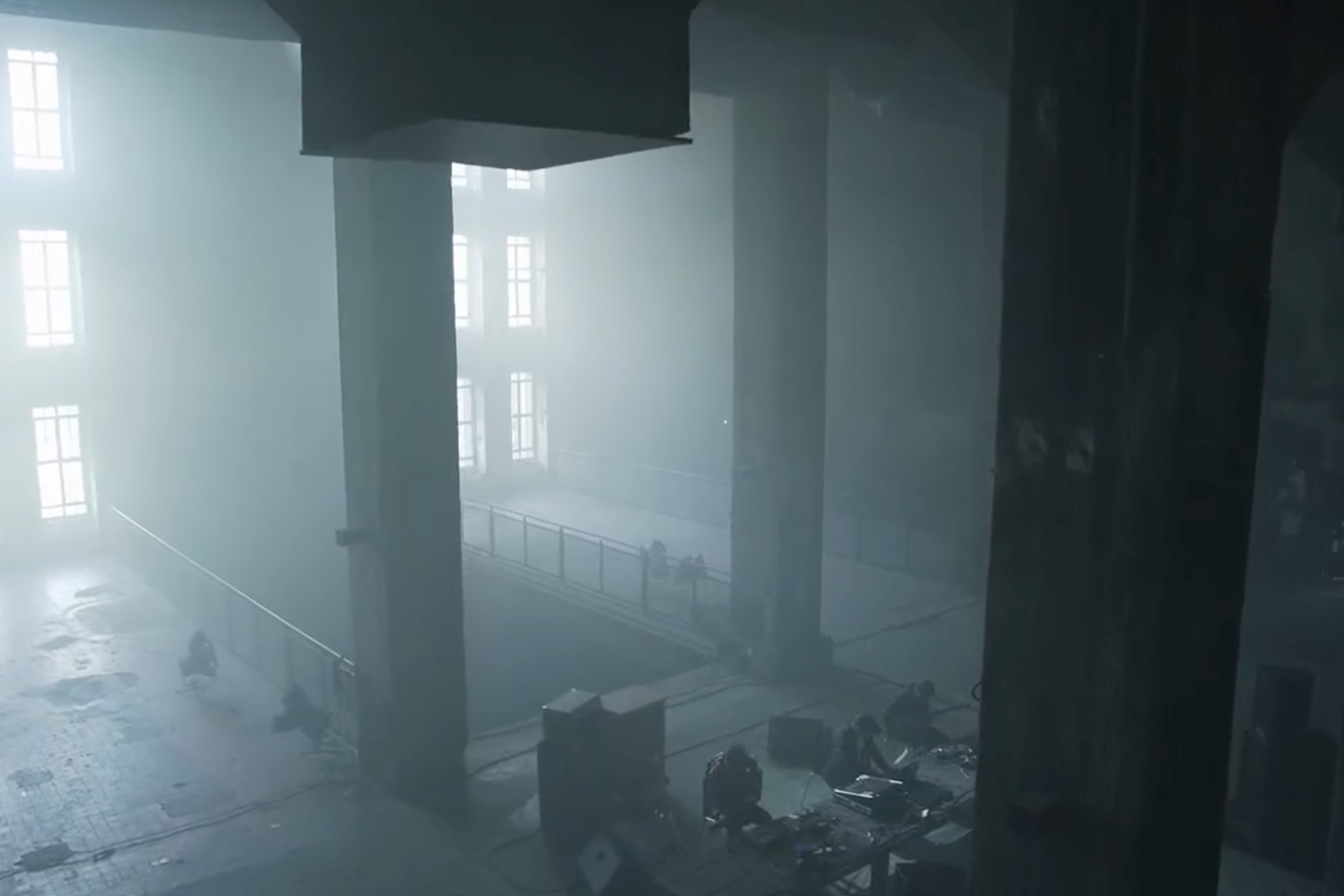 Many of the sets are broadcast from the cavernous Halle, which starts off bathed in daylight from floor-to-ceiling windows. The Halle remains the place for scaled back, low-key ambient for most of the first days streaming - with only a meagre ramp-up of tempo as it begins to turn dark outdoors.

"It's sort of a big reverberant kind of cathedral," Barker tells us ahead of the stream, "normally its only ambient music or theatre or more kind of experimental things happening in there so it's not like a party room at all it never has been."


KRMU and Speedy J follow suit, with a delicate soundtrack that fills the empty industrial space - playing alongside Luke Slater who joins from London.

Read this next: Berghain garden will reopen this weekend

Barker and Baumecker (or Barker and nd_Baumecker as they are known outside of their new collaborative project) commanded attention with synth-heavy, complex but inviting melodies. It's Barker on a keyboard synth and nd_Baumecker on a modular, with the two ordinarily high-tempo producers starting out slow and deliberate but pushing into faster, spellbinding chimes as the set progressed.

"It ended up being not so ambient" Barker laughs after the set has finished, "It's ambient enough," replies Baumecker.


An experimental set from French artists Jessica Ekomane and Zoë Mc Pherson followed by a fully improvised offering from Tobias. and Max Loderbauer push things into the dark eerie expanse of the empty Halle before we're treated to some classic, hard techno courtesy of Terence Fixmer and Phase Fatale. 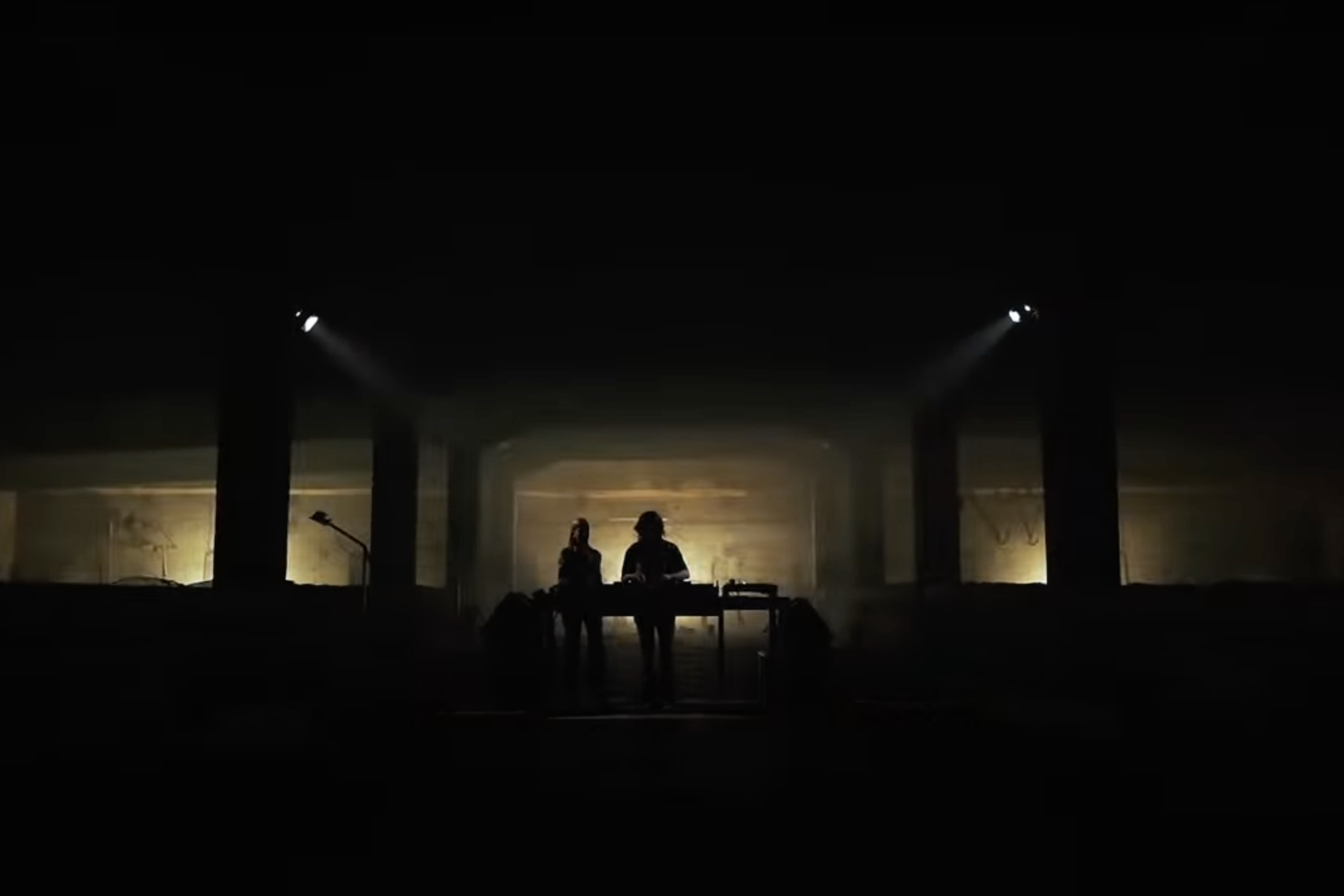 Day 2 kicks off with JASSS and Hyperaktivist, the back windows of the Halle are already nowhere to be seen - with this high energy, punchy set ending with the two giggling behind each other from behind the decks at a cheeky drop of 'Mexican Rave' from Bryan Kearny.

The turntables had been moved to the middle of the corridor, the live sets are gone and it's a clear indication from the getgo that now, it's party time. Uber-powerful lighting pulses from behind the artists, leaving them silhouetted to the cameras and the rest of the room that's suddenly difficult to get a vantage of.

Beautiful? sure. An absolute vibe? of course. Am I able to see anything of the venue? nope.

Though this isn't necessarily a bad thing, the true way to experience a club like Berghain is misty-eyed and incomprehensive - peering into the smoky abyss to try and make sense of what you're looking at.

Residents Ben Klock and Etapp Kyle are up next - admitting beforehand their styles might "clash" due to Kyle's affinity for breaks and electro and Klock's love of stripped-down, tension heavy techno. The two meld well together, however, producing a set full of melody and rhythm that's back-dropped beautifully by eerie blue lighting. Ben Klock blends 'Fuzzy Frog' from Throb casting a sideways smile to Kyle as he mixes it out to the tune of Thomas Krome's 'Dandu Groove' remix.

Fiedel and rRoxymore play their first-ever b2b sharing their love of "UK-based" music (as Fiedel calls it), with a set full of acid breaks, 90s bassline drum 'n' bass - even a seeping in of footwork and hardcore. It's a real pinch-me moment to watch as rRoxymore shuffles her feet to 'Kkububun 2' from XL.IKS.

Marcel Dettman and DJ Stingray 313 had previously played together at London's Printworks - but the two look visibly nervous before they begin their livestream set in the Halle. "We've actually only done a light, one-hour rehearsal," says Stingray, "but we have a natural chemistry you know - he knows what I'm doing and I know what he's doing, no need for spreadsheets or anything."

Their set is exactly what you were hoping for when you saw the words "Berghain livestream". It's fast, it's otherworldly, it's hard - there's no space for your brain to anticipate where they will be taking the mix next because it's trying to keep up with exactly where you're supposed to be right now.

The lights all go down during a sped-up 'Escape The System' from Dax J - and just for a second you're peering back at yourself into your own screen against otherworldly synths and slamming bassline until the whole floor lights up and the room is completely illuminated with a deathly white glow.

And sure, this isn't the main room - but god, at that moment do you miss being in Berghain. And for those watching at home who've never been inside, this set is it. 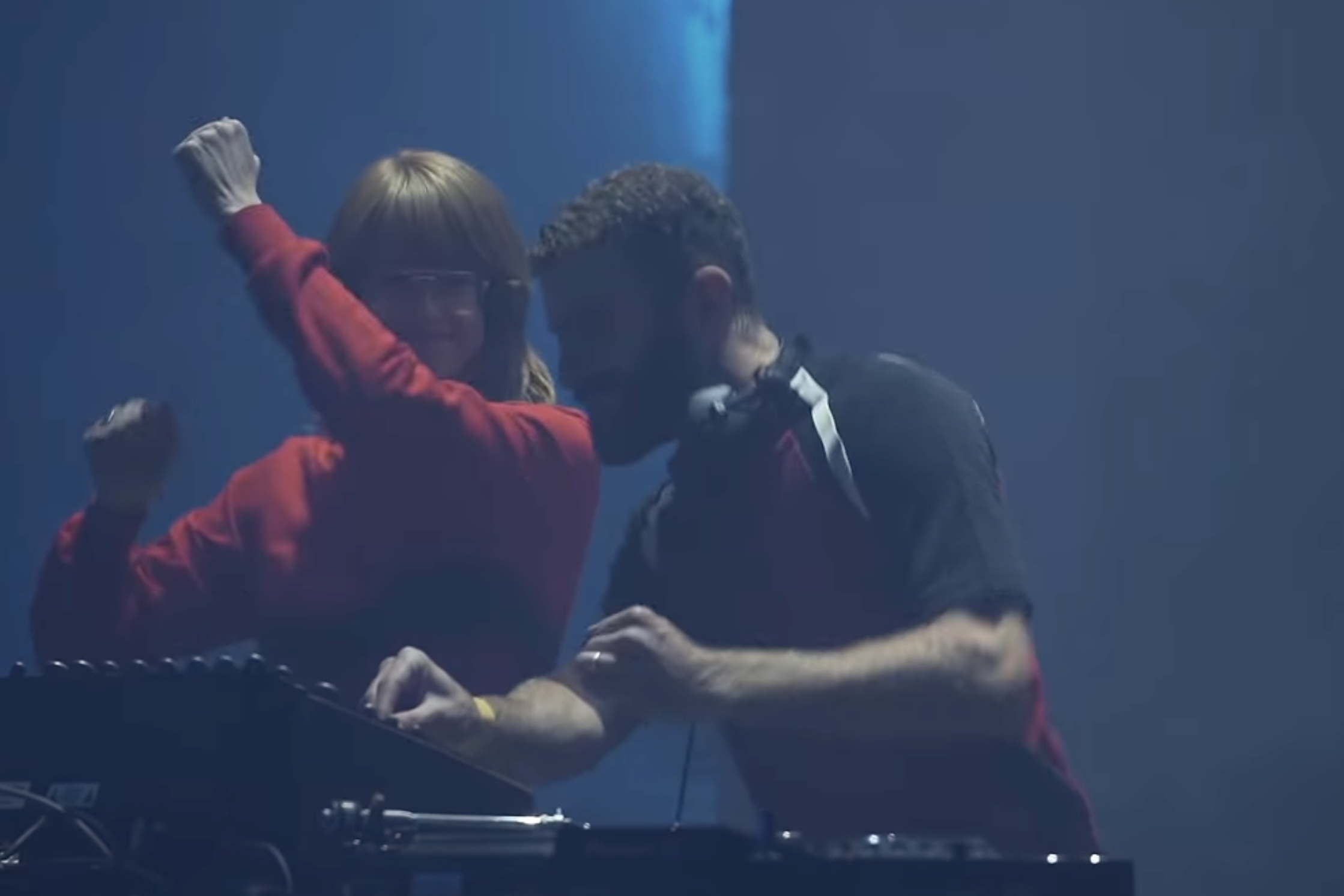 For the third night, it's a hand over to Panorama Bar residents such as Paramida, Steffi, Roi Perez, Virginia and Ryan Elliot with guests such as Avalon Emerson and Gerd Janson.

Instead of presenting the Halle as cavernous, this time they install LED lighting against its windows and lazers beneath its platforms for plenty of room to spot exactly where you'd be throwing your hands in the air to pop-synths, acid hooks and chuggy disco.

Read this next: How the fall of the Berlin wall forged an anarchic techno scene

Wrapped up, the whole thing is a spectacular example of how you can do a livestream right - the bells and whistles are there, sure - but the space is designed for acoustics. The sound of reverberation from the Halle's walls gives you back that tiny slice of the action that you miss when listening to a mix, or a livestream from a non-acoustic space.

The acknowledgement of the Ostgut Ton faithful, but introducing b2b's that both highlight existing artistic partnerships and also push those involved into demonstrating new, interesting selections - create sets that will be remembered even when we're allowed back in our favourite nightspots.

Read this next: Berlin police called to '200 person rave' that was just a Facebook stream

Is it a scratch on the real Berghain experience? of course not. It's crying out for some dancers, for some chatter in the corridors - there's a wave of sadness when you recognise the empty stairways and railings that would usually be populated by Berghain regulars.

But all-in-all? the stream is a fantastic peek into the space that will leave you hungry for the real thing.