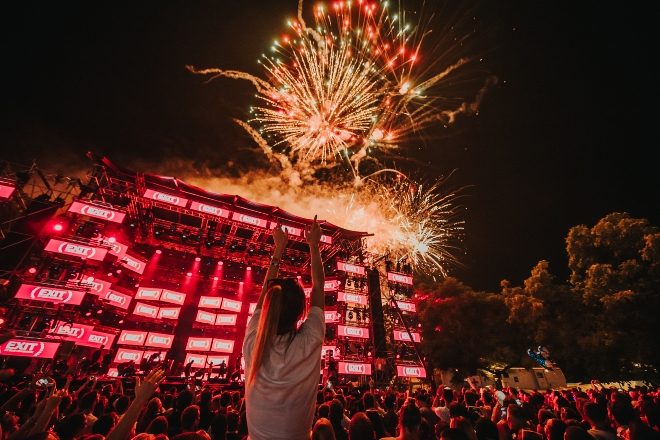 EXIT Festival in Serbia went ahead this weekend completely unrestricted, ushering in around 180,000 people over the course of four days.

Marking the first major event to go ahead since the pandemic began last March, EXIT celebrated its 20th anniversary this year with a line-up boasting some of the biggest names in electronic music.

In the Novi Sad region of Serbia, just down the road from the capital, the festival went ahead behind the ruins of the Petrovaradin Fortress.

Read this next: EXIT Festival celebrates 20 years of all-encompassing line-ups

Festival organisers expected a turnout of around 40,000 people per day with guests coming in from 70 countries prior to the four-day event, which began on July 8 and ended on July 11.

Dusan Kovacevic, EXIT’s founder said: "I knew this year’s event was more than just a festival, it was a movement of people, ready to do whatever it takes to keep human connections at the forefront of our existence.”

Read this next: Serbia's techno revolution evolves with EXIT Festival

“The ones that didn’t mind coming despite all uncertainties, cancellations and travel, PCR tests and other obstacles. They felt the same superstrong need we had all this time – a need for us to be together no matter what, united as one by the power of music and life.”

EXIT was able to go ahead at such capacity following a rapid increase in vaccines across the country, now accounting for almost 40% of the country fully vaccinated. To enter the festival, attendees had to provide proof of vaccination, antibodies test, or a negative PCR test before entering.

Read this next: Serbia's EXIT is more than just a festival, it's a social and cultural movement

Despite hosting heights of over 200,000 people in previous years, the uncapped event was still able to bring in an enormous crowd for its 2021 edition. In 2020, EXIT was cancelled and later went ahead virtually.

On Friday, DJ Snake tweeted: “Legendary Night !! Thank You Serbia”, alongside some pictures of him playing the festival’s main stage, The Dance Arena.