Solomun is a force of nature. With a flick of his hips, the raise of an arm and a chugging 122bpm bassline, he can have any party eating out of the palm of his hand.

It all seems to come so naturally to the Bosnia and Herzegovinia-born, Hamburg-bred DJ. He can do rugged, he can do glitzy, he can make you feel at home in a dark basement but can also give a party in the shadows of super yachts an underground credibility.

Even his rise as one of dance music’s most recognised names seems to have come about in his typical nonchalant manner. Of course, what has really propelled him to the top is his tireless and consistent output of production, DJ sets and his label Diynamic.

In celebration of his all-encompassing endeavors, we’ve compiled 10 of Solomun’s most iconic moments. Enjoy. 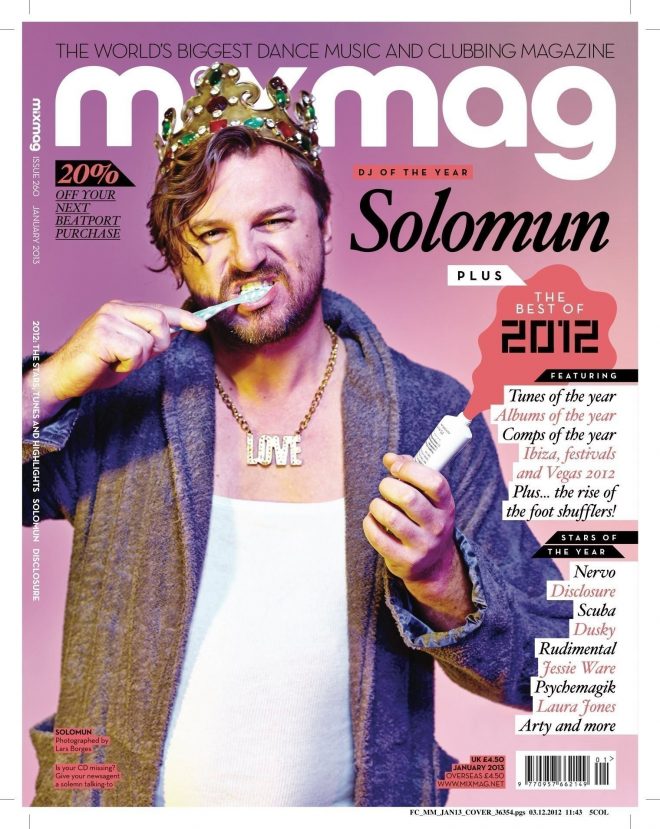 OK, this might be a bit of a humble brag but when Wikipedia says your award took Solomun’s popularity to new levels, it must be true, right?! Of course, he was already well on his way to superstardom when we caught up with him at the tail end of 2012. The previous year he had released the incendiary remix of Noir & Haze’s ‘Around’ (more on that later), put together the video for ‘Kackvogel’ (more on that also), was throwing some killer Diynamic parties and had sparked a bidding war for his services on the White Isle. How could we not honour him with our most prestigious award? We got a kick-ass Mixmag Live out of it as well.