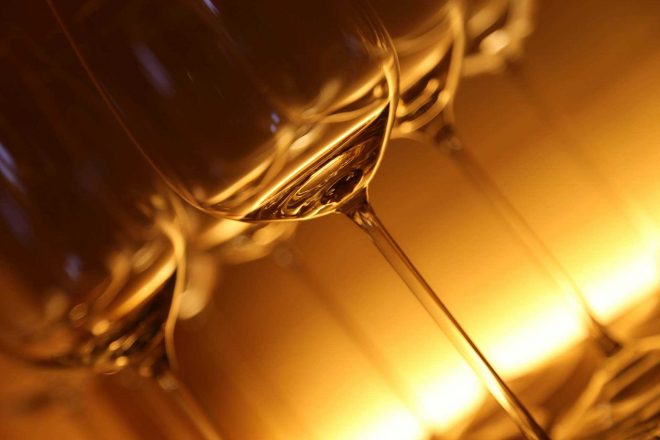 A health official has stated that A&E departments do not generally test patients who believe their drink has been spiked- according to an exclusive report by The Independent.

Adrian Boyle, Vice President of the Royal College of Emergency Medicine, told The Independent that the NHS does not screen for drink spiking "fairly uniformly," adding that "there is no hard policy on this."

He said: “We would only do diagnostic tests where it was going to change the way we would manage patients in terms of physical health.

“The vast majority of people we see who think they have had their drink spiked have simply drunk too much. We think drink spiking is overstated. Much more of a problem is people getting too drunk.”

Boyle, who made the remarks before the recent reports in increases in drink spiking, said that studies have previously shown that when patients feel they've been spiked, no drugs are detected in their system.

“We are much more concerned about people making themselves vulnerable by just drinking too much,” he said. “The volume does not seem like a large group of people to us. Undoubtedly there will be some people who get their drinks spiked.”

Read this next: Reports of 'needle spiking' across the UK spark concern among club goers

The emergency medicine expert who heads the Professional Association of Emergency Doctors said that they don't collect drug test samples for the authorities on a routine basis and that in most cases, forensic medical professionals are in charge.

“Most police forces have a contract with a private company,” he said. “If they were interested in prosecuting a crime, they do their own forensic work.”

He claims that the toxicology testing they employ to test individuals for drugs is "pretty crude" and misses many of the newer substances used to spike drinks.

Within 12 to 72 hours, tests to determine if a person has drugs in their system must be performed.

Boyle's views were slammed by Helena Conibear, chief executive of the Alcohol Education Trust, who said that drink spiking is "vastly understated."

“This echoes what we are finding from those brave enough to report spiking,” she said. “It is often not taken seriously and dismissed by police and health professionals. If someone has come into A&E, often very traumatised, sometimes having seizures, it is not enough to presume they haven’t been spiked. It should be the other way.”

People who have had their drink spiked often worry that their experiences and trauma will be questioned since their memory has been dubbed "hazy."

She highlighted that there is a wider societal problem surrounding spiking, one that often shifts much of the blame onto the victims.

Conibear, on the other hand, asked those who believe their drink has been tampered with to come forward, saying that she has heard experiences ranging from "falling over and losing a front tooth" to "being sick for two or three days."

“Drink spiking doesn’t just happen at bars, clubs and festivals and is often within a slightly wider friendship circle,” she said. “Everyone thinks it is girls whose drinks are spiked – it’s also young men.”

Cherry Rothwell, a broadcast journalist, told The Independent she was spiked during freshers’ week in her second year at the University of East Anglia in Norwich.

“Me and my friend went to a warehouse event rave quite far out in the countryside, 30 or 40 minutes from the city centre,” she recalled. “I know I wasn’t that drunk as I don’t like going to unfamiliar venues.”

Her recollection of the night "went blank" after that, she added, and the next thing she remembers is being outside the venue, seated on a step "leaned forward."

“I could not move any part of my body, and I couldn’t speak. It was a totally alien feeling – totally different to being paralytic drunk. My friend was next to me throwing up all down herself. She had also been spiked. I know exactly how it feels to get blackout drunk. This was totally different.”

When clubs reopened following the lockdown, Rothwell, who had avoided going out for a few months after the incident, revealed how she began investigating into drink spiking.

She added: “I saw loads of people saying ‘watch out don’t go to this place, it is dangerous’ on social media. From research I’ve done, it seems everyone passes the blame to someone else with drink spiking.”

“When you talk to bar staff, they say it is the responsibility of security. But I don’t think security necessarily even think about this.

Read this next: The UK's taxi shortage is forcing women to change their nightlife habits

The Association of Independent Festivals' chief executive, Paul Reed, said he couldn't comment on the amount of alcohol spiking at festivals due to a lack of research on the subject.

Reed said: “Drink spiking is inherently connected to the issue of sexual assault and harassment. We haven’t done anything on drink spiking. If we are being truthful, support from those who have had their drinks spiked is an area which needs some work.”

Boycotts of nightclubs and nightlife have been taking place nationwide, petitions and infographics have also been shared around on social media to raise awareness toward the ongoing incidents of alleged spiking.

Manchester's Warehouse Project is currently offering on-site urine tests to clubbers if they believe that they have been spiked.