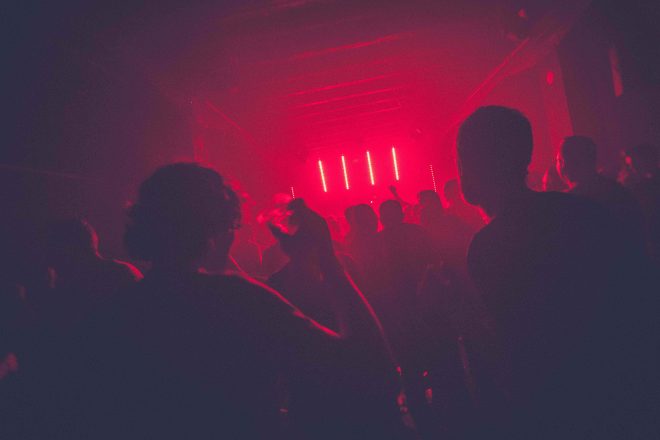 Club goers across the UK are becoming increasingly concerned by reports of "injection spiking" in nightclubs and other venues.

Stories and police reports of spiking by a needle have been recorded in Edinburgh, Dundee, Stirling, Glasgow and Nottingham.

The first accounts arose in Scotland at the beginning of October, with reports of a woman being spiked at Edinburgh's Liquid Room on October 9 and another woman allegedly injected in the same manner at Tingle Bar in Sterling on the same weekend.

Scottish police have now confirmed that they are investigating reports of a woman being allegedly spiked by injection at Captain’s Cabin in Dundee, the Daily Record reports.

Speaking to Mixmag, a spokesperson for Police Scotland said: “Officers in Dundee are investigating a post on social media about a female being spiked by injection at a premises on Ward Road. Enquiries are at an early stage and ongoing."

“Officers have not yet been able to identify the person who made the original post and are appealing for anyone with any information to contact 101 quoting incident 2033 of 17 October, 2021.”

A spokesperson for Captain’s Cabin said: “We have since reported this incident to the police, and we would like to hear from the alleged victim, as we are yet to receive any official complaint regarding this matter."

“Any allegation of this nature is taken very seriously and we always work with the relevant authorities and individuals to ensure that all matters are fully investigated.”

Another spiking incident is said to have taken place at Nice N Sleazy in Glasgow, a woman reported feeling incredibly drunk and not being able to remember anything following the night at the club- she had found a mark on her back.

The social media post read: “She was acting a lot more drunk than normal and can’t really remember anything. The parts she can remember she couldn’t see anything.”

One woman from Glasgow told Mixmag how these reports are making her feel "terrified" about clubbing: "Hearing reports of girls getting injected in clubs is terrifying. We stay in groups, we never leave our drinks, we stay away from strangers and now we have to worry about this? We’ve exhausted all avenues trying to keep ourselves safe, something needs to change."

The BBC has reported that Nottinghamshire Police have received multiple reports of "people being spiked physically".

Ellie Simpson told to the BBC that her sister, who does not want to be named, also believes she was injected. Ellie said that her 19-year-old sister is still in shock and has not been out clubbing since.

The 19-year-old - who is a student from Derby - reported that she felt a pinch on her arm after she left Stealth nightclub in Nottingham.

"It's really frightening because I don't know how you're meant to prevent it. Obviously, you can put your hand over your drink but how do you stop somebody stabbing you with a needle?"

Stealth nightclub confirmed to the BBC that it had received two reports within the past two weeks from customers who thought they may have been spiked by a needle.

A spokesperson said: "Both were seen by our on-site medic, and we are currently liaising with police to aid in their investigations."

The victims of these alleged injection attacks have reported that they’ve found red marks on their bodies, most commonly on their backs or on the backs of their arms.

All victims have reported the same feelings of nausea, drowsiness and the sudden feeling of drunkenness- symptoms that are all similar to when drinks are tampered with.

Read this next: The UK's taxi shortage is forcing women to change their nightlife habits

While petitions and infographics have been shared across social media concerning the alleged spikings, groups of young women have come together to boycott nightclubs across the country for one night over the next week, including many of the cities affected.

Organised independently by students across various cities in the UK, this initiative is backed by notonmycampusuk - who express that they stand in solidarity with these women.