Content warning: This report contains themes of sexual harassment and assault that may be distressing to women and people who are vulnerable to male violence.


Tragic stories of assault, murder and stalking on the national news have left many women and people who are vulnerable to male violence, questioning their safety wherever they go. Women and those vulnerable to male violence are having to incorporate extra precautions into their nightlife routines - such as trying to stick in large groups or with a male partner, turning on their location tracker on their smartphones, taking photographs or screenshots of the number plate of the taxi they’re in, or texting a friend the entire way home.

Social media posts on the subject have gone viral, such as an Instagram post containing a screenshot of messages saying “Anyone up? All Bolts are busy. Ubers the same,” which is captioned: “Women are rightfully scared walking home alone at night. We cannot disregard the murders that have happened on London streets and we cannot ignore the increasing impossibility of booking taxis.”

The Instagram post has collected over 18,000 likes and was being shared on stories across the UK. The post was advertising a petition calling to reinstate the night tube. The petition, titled "Reinstate Night Tube for Winter 2021/2022 to improve women's safety travelling home in LDN", has now reached roughly 150,000 signatures.

At the time it was posted - there were no confirmed plans of a night tube, only hints from Sadiq Khan of a potential return of the service. As of October 14, it has now been confirmed that the night tube will be reinstated from the end of November, however, the return of the service does not stop the current predicament of the lack of taxis which leave women feeling unsafe on the streets after a night out.

Mixmag has spoken to women and members of the LGBTQ+ community from across the UK, who have said that a lack of private taxis and Ubers have left them feeling more exposed on the streets at night time, and has even made them think twice about heading on a night out.

Read this next: Undercover cops is not the answer: Nightclubs need to do more to protect women

“Obviously there have been incidents committed in [cabs]”, one woman said. “I still, sadly, have to take precautions in a taxi, such as sharing my location and jotting down the number plate. It still beats walking home for ages alone or waiting for long periods of time for buses.”

Throughout the country, there has been a visible shortage of taxis available, thought to be a result of both the ongoing petrol crisis in the UK and the fact many drivers lost a lot of business during the COVID lockdowns, with some deciding to leave the profession altogether.

London and other major UK cities have also seen a dramatic decrease in Ubers operating due to strike action earlier this week by Uber drivers and the lack of petrol. Some drivers have said that it is also the increase in demand that is leading to the shortage. 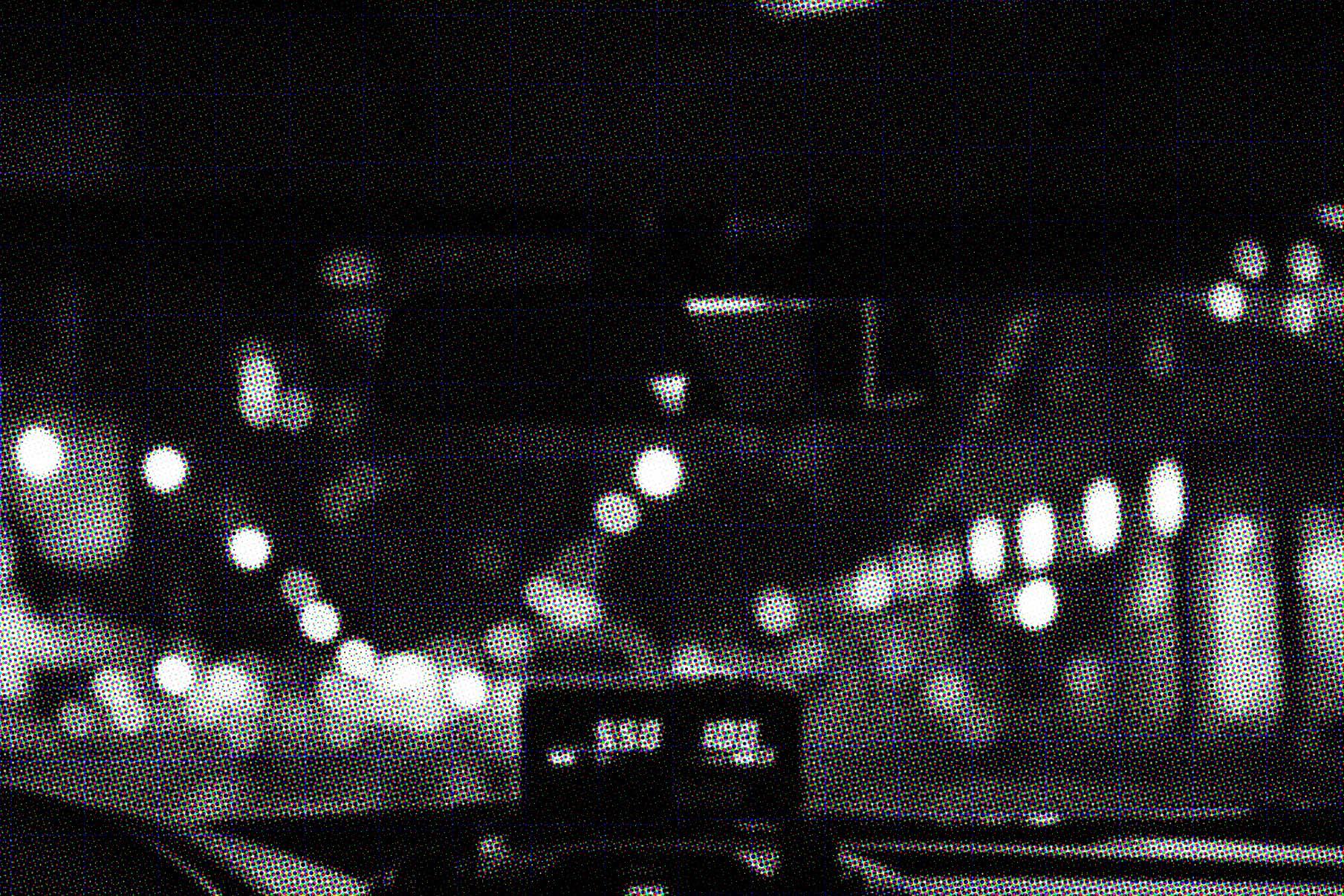 DJ AISHA has told Mixmag about the precautionary measures she has had to take in the last couple of weeks as a woman working in the nightlife and entertainment industries.


“As this is a very new situation, I’m still figuring out how to navigate a whole new way of getting home safe. The situation has made me realise I am going to have to put on my contract or any agreements with promoters that a taxi home after my gig must be ensured, as well as to never be left alone at any point after a gig.”

She said aside from work, this shortage has put a hindrance on her experience of clubbing, explaining that she and her friends have begun strategizing how they are to get home safely when planning a night out.

“On my first club night back after the pandemic, I had been sexually harassed three times inside the club and was [then] getting harassed outside it too. This wasn’t the scene I was expecting to come back to after so long.”

Speaking to Mixmag, Ellie* in London recalled being catcalled by a man in a car while she was standing on a main road trying to order an Uber last weekend. She said that she took “every precaution we are taught by the book”.

The catcalling experience startled her, and she said that it had “ruined a night entirely” that she had been excited for.

In the end, Ellie* could not get hold of an Uber and could not see many black taxis in sight. Ellie* said that due to the shortage, price surges were in place with most taxi apps and she did not have the disposable income to justify spending roughly £50-£60 on a one-way taxi. She ended up walking roughly 45 minutes back home, keeping her location shared with her partner at all times and with her keys between her fingers.

As Ellie* had a few drinks at the venue, in an intoxicated state her emotions were heightened and she felt “extremely anxious” her entire way home. She told us that the next time she knows she’ll have to make her own way home, she would only have one drink or maybe not drink at all.

Issy, who lives in London, told Mixmag that she had to take an 80-minute bus journey home from Soho to the Tooting area alone. She was willing to get a £40 Uber to avoid having to be in a situation where she was alone and on public transport late at night.

Issy tried ordering an Uber over 10 times to no avail. There were a few black cabs around, but she felt unsafe as she felt there was a lack of protection: “I feel as it’s not tracked it’s a lot less safe, especially for solo women travelling home after a night out.”

“I really wish the Night Tube was still running”, she told us.

We spoke to Issy before there was an announcement of a return of the night tube.

Issy has now also changed her nightlife routine to make sure that she doesn’t stray too far from her home in the Tooting area unless she is with someone else with whom she knows that she can go home.

Similarly, Jo from Chester said that in her area it has become “increasingly difficult to get a taxi.”

Jo is 34 and explained that the tragic news of Sarah Everard's murder has made her hypervigilant of the dangers of being a woman alone on the streets.

“I’m definitely much warier about being out late and intoxicated if I have to get back on my own now I know that I can’t get a taxi or Uber easily.

“I've got a big night out happening in late October. It'll likely be an early hours finish and I’m already starting to think about how I will get home, whereas previously I’ve just assumed I’ll be able to get an Uber on the night.”

Sophie* a student in Birmingham told Mixmag that she has been cancelling on nights out. Despite being able to potentially share taxis or stay as part of a larger group, she states that she has been feeling “too anxious” about the situation in case there was a chance she would be split apart from the group. This anxiety even led her to miss out on some freshers week events.

Sophie* had been sexually assaulted at a nightclub before the pandemic, and the anxiety and trauma that was brought upon by that experience have been heightened in the post-pandemic world, especially when there is a lack of taxis making the journey home very stressful.

“It just feels like if you can’t guarantee your safety in broad daylight, why would you risk walking about at night?”

The queer community have also reported experiencing homophobic abuse while exiting late-night venues. A recent report by VICE has shown that there has been an increase in homophobic and transphobic motivated attacks.

According to the latest data, there were 6,363 hate crimes based on sexual orientation reported in 2014-15, the year same-sex weddings became legal in the United Kingdom, compared to 19,679 in 2020-21. There were 598 complaints of transphobic hate crimes in 2014-15, and 2,588 in 2020-21. Figures such as these make it no surprise why members of the LGBTQ+ community feel scared and vulnerable while out later at night- and with a lack of taxi services for a guaranteed ride home- it causes high levels of anxiety for many in the community.

Ben* who spoke to Mixmag said that after a night out at a popular Manchester gay club, he was anxious when he could not find an Uber home. He was wearing eye makeup and bright clothes, attire that made him feel at ease with himself and his sexuality when he was in a safe space and with friends. This bubble of ease popped when he was left to wait for around 20-30 minutes for a taxi to the north Greater Manchester area.

Ben* highlighted that he didn’t go out much in his local venues in the Oldham and Failsworth area as there is “virtually no” LGBTQ+ scene or community there. During his long wait- he was getting stares from other men returning from nights out. He was hoping to get straight into the taxi and go straight home, but the anxiety caused by the wait had ruined his whole night.

Read this next: New BBC documentary investigates alleged assault and abuse of women in the music industry


The taxi shortage problem highlights a wider issue of safety at night for women, queer people, and people vulnerable to male violence. It is unfortunate that despite taxis not being completely safe either, as 2,500 reports of sexual assault, stalking and dangerous driving have been filed to one taxi app in 2018, women and LGBTQ+ people are left with even fewer options to get home safely.

There is still no sign of the taxi predicament improving soon, so while these problems remain in place- women and LGBTQ+ are unfortunately having to change their already rigorous nightlife routines and even reconsider whether the uncertainty is worth going out at all.

If you’re a woman or someone who experiences misogyny and feel unsafe walking home alone at night time, download Walksafe, an app that tells you about crime hotspots, and Red Button, an app that will notify your loved ones of your location if you feel as though you are in danger.