re:ni is unafraid to delve into the darker, mind-bending recesses of the club. A connoisseur of the leftfield and everything out-of-this-world, her daring, trippy selections have given her a reputation across Europe - both startling and tantalising crowds with her heady range of dub, techno and breakbeat.

Though it wasn’t in the depths of a smoky dancefloor where re:ni, AKA Lauren Bush, found her musical feet. Having started out singing in a girl band in primary school, Bush learned the true trials and tribulations of the festival circuit with her Dad’s percussion group Magic Drum Orchestra. She has described her parents as an early inspiration for her, with her mum’s penchant for throwing parties and her dad having both produced and been on the road as a touring DJ throughout her childhood. Though she admitted to Inverted Audio it was through the “older kids” at school that she got the bug for jungle, drum ‘n’ bass and dubstep. “Me and my best mate at school were always itching to leave our hometown of Dorchester to go to raves,” she tells Mixmag. “I remember us travelling to Bristol to see Skream, Benga and Andy C then getting the train home the next morning.”


Upon moving to London in the 2010s, Bush immersed herself in parties at Plastic People like FWD>> - even working for a time at fabric, a move which she says allowed her to “soak-up sets from [artists] like LTJ Bukem on Fridays and then, in contrast, booming techno on a Saturday.” This boiling pot of both the newfound sounds of the capital and the inherited love of dub from Bristol has dictated her output as a DJ ever since. Building up buzz with electric sets at parties like Whities, Make Me, Reef and space•lab — re:ni established herself as the go-to for a slice of downward dub, deep techno and the punchiest of punchy breakbeats.

Calling South London home, though a tour regular once again now lockdown has ended, re:ni still hosts her monthly re:lax show on NTS alongside bass-extraordinaire Laksa, as she has done since 2019, boasting an eclectic bunch of guests including Toma Kami, Zohar, AMALIAH and Beneath. After spending years presiding over prime time slots on some of the continent’s biggest dancefloors (think Dimensions, Berghain, Dekmantel and her old workplace fabric), re:ni is now exploring production - having recently released her debut EP ‘Revenge Body’ on Munich-based imprint Ilian Tape.

We caught up with re:ni to talk re:lax, getting back into the club post-lockdown and how it's important to feel a visceral connection to music. 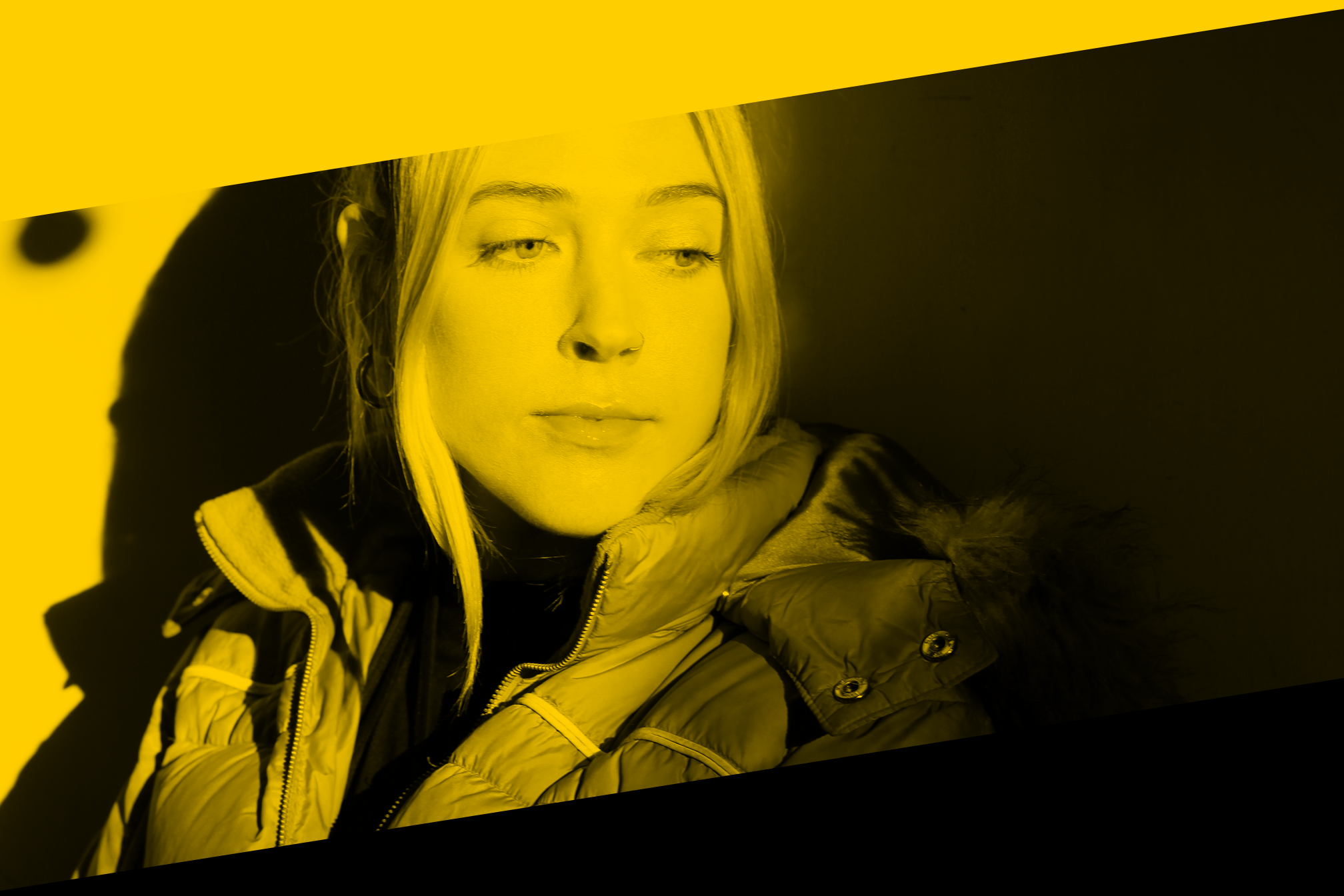 You've just released your debut EP on Ilian Tape, can you tell us a bit about the process of 'Revenge Body'? How did it all come about?

I was working on a lot of tunes during lockdown, two of which: 'Reverse Rave' and 'Revenge Body', I sent out around spring last year, just to get feedback more than anything. The Zenker Brothers got back straight away to say they wanted to sign those two and do a four-track record together. The buzz of this really helped me focus and I wrote 'Spirits' in the weeks after, which is probably my favourite track on the record. After sending a few tunes over we decided on the final tracklisting, which I think is perfect - as there's a development from spacey-dubby to darker, weirder club sounds. I wanna shout out Ploy, who allowed me to come down to his cosy little studio and helped with my mixdowns. He's really inspiring to chat to about production in general, as are the rest of the Timedance crew: Laksa, Bruce and Batu especially. Their level of attention to detail and resourcefulness with sounds has definitely had an impact on my approach. So thanks you bunch of nerds! At any level, I reckon it’s essential to have honest feedback from people who aren’t just yes-men and whose criticism will ultimately help you take a step back from your process and improve.

How does 'Revenge Body' differ from your club persona? Or are these the exact kind of tracks you're looking to play at the club?

The tunes are definitely an extension of what I typically play out. 'Don't Go Dark' is less of a club cut and more informed from all the dubby, downtempo shit I grew up around via my dad like Rhythm & Sound, Kruder & Dorfmeister etc. Though several people said they've been repping [that track] in their sets too, like Sicaria Sound and Etch. [It's about] more than DJing though, my benchmark for writing club tunes so far is informed by being on the dancefloor, like how would I feel hearing this dancing with my mates in the front corner at Ormside? How would our bodies be moving? Would it give me goosebumps? There's that interview with Shackleton where he talks about how his use of percussion stems from the drums and rhythms that he would wanna be dancing to. That's so important in my opinion. It's dance music at the end of the day! To be honest quite a lot of it can be soulless so for me, I've just gotta have that deep, visceral connection.

How does it feel to join the Ilian Tape ranks?

Pretty mad. I remember the first "it" record I bought was Andrea's 'Space Forma'. I really rate how the label's stayed relevant over the years; more recent tunes like 'BRFB' by Stenny and Skee's 'Reefer Madness' are good examples of visceral stuff I mentioned before, that really make you feel something on the dancefloor. Super grateful to the Zenker Brothers for wanting to work with me and support my music.

Can you remember some of your first rave experiences?

My rave trajectory isn't particularly novel. Pretty much straight outta the post-dubstep kid starter pack like everyone else: dubstepforum, Plastic People, hearing DMZ tunes at FWD>> for the first time, Night Slugs, Hessle Audio at fabric. I used to work at fabric so I would take in a mixture of FABRICLIVE on a Friday and then techno or Ricardo Villalobos on a Saturday — that way of mixing and hanging onto tunes for longer. I feel like my style of DJing kinda crosses between these two worlds, sometimes choppy and dynamic then sometimes blending lots of more rolling tunes for ages in-and-out.

What are some tunes that had a big effect on you when starting out?

I know I'm banging on about it but just stuff that made me feel almost overwhelmed by emotion. DJ Rashad, Urban Tribe - the way the track 'Her' fuses elements of electro and drum 'n' bass actually blew my mind when I first heard it. I remember hearing Batu talk about wanting to make dance music that would make you stop in your tracks on the dancefloor. To me this is embodied in tunes that manage to feel both strange and otherworldly as well as human and familiar, generating some kind of warmth in the listener even if the track itself might be darker — take early dubstep and drill for example. I’m a sensitive person so I suppose I’m always thinking about music through the lens of emotion, that’s probably why I’m so obsessed with it no other art form makes me feel the way music does. 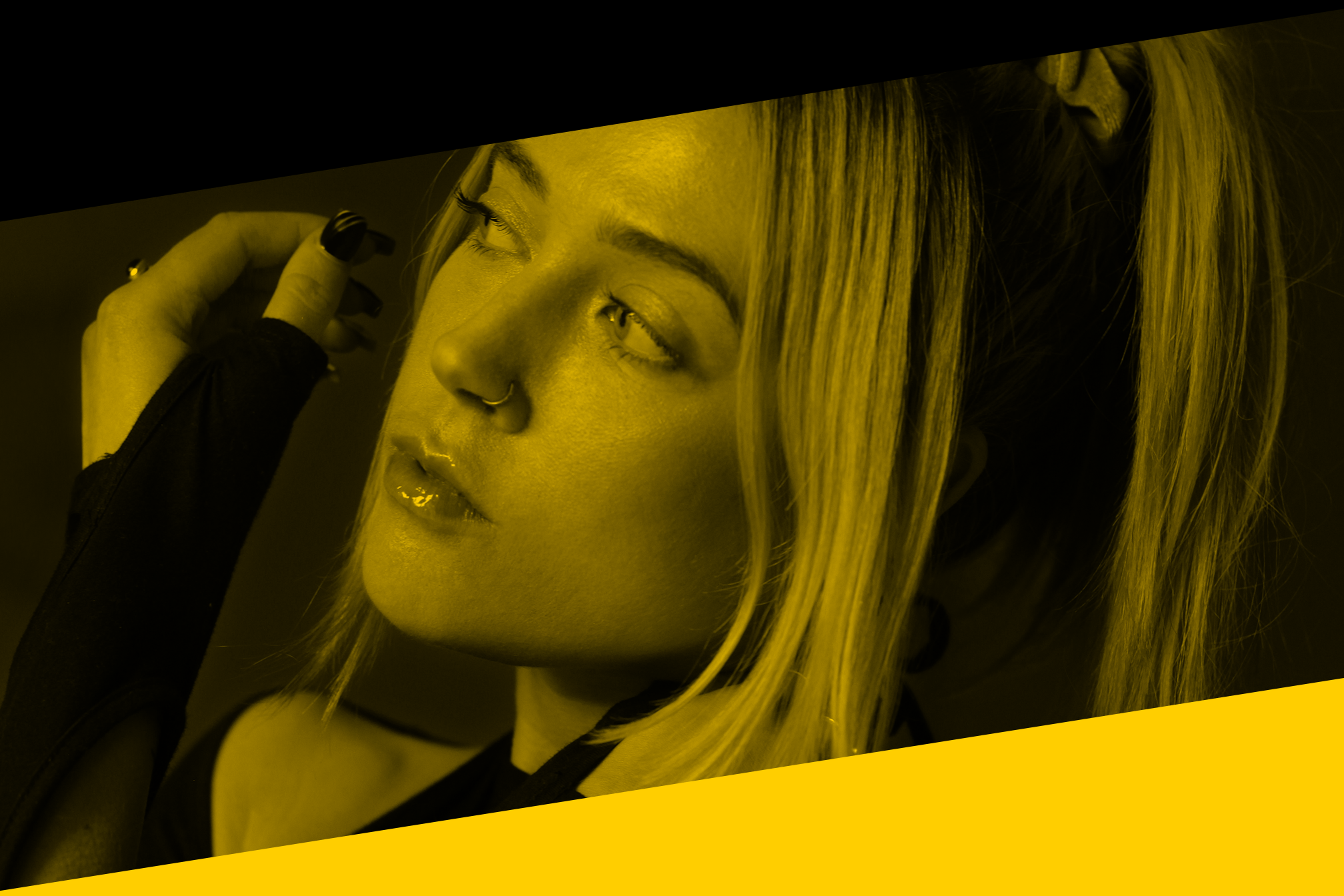 As a DJ who was landing some big slots at Tresor, De School, Dekmantel ahead of the pandemic - how has it been to get back into the swing of things last year and this year? What has been a big highlight?

You know what I honestly think my biggest highlight has just been seeing the local club community in South East London be able to get back on its feet. All of us went through so much last year. I mean, people go through difficult stuff all the time and that's why music and raving are so important as an escape, but having had the rave part taken away for so long, it felt poignant going back into it. There was one No Symbols during summer which I feel like I'm gonna remember for years to come — all my best mates around me dancing to loads of our fave tunes, I just remember being on the dancefloor thinking to myself: "Fuck I never want this night to end." Thank you Beneath and Ormside’s Mike Levitt. Local clubs are vital to the larger ecosystem so it’s great that places like Ormside and MOT have been able to stay open throughout the pandemic.

Read this next: Muzik N Vibes: Beneath keeps dance music fresh and fun on his own terms

You and Laksa have been broadcasting re:lax on NTS now since early 2019. How do guys keep it fresh with the show? and how do you think it's changed since you first started?

We’ve had some fire guests for the parties: Sicaria Sound, Jabes, Jurango and Lil C most recently. It’s exciting to be able to invite artists you rate down to play whatever they want in a dark smoky room with great sound, so big up Mike [Levitt] for enabling us to do this. We've got dubs from people like Sim, Sputnik One, Ehua - and as an extension of this we open the club nights early for producers to come through and test their tunes on a system.

With the radio show, we're focusing on new and unreleased stuff — trying to consistently rep smaller producers. Nothing is ever planned or anything because we're both way too disorganised for that, but I've been playing with Laksa for years and he's obviously an amazing DJ so it always feels effortless, and getting together to have a mix one evening a month is fun and good practice. Shouts to everyone who comes to our raves, locks into the show regularly and sends over tunes.

What is coming next for you? are you focusing on the onslaught of festival season 2022 - or are you looking to get back in the studio? or both!?

I've spent most of January hiding away working on new music, literally unless you go to the same gym as me — big up Camberwell Leisure centre — you will barely catch me outside my house in the week. It felt good to start the year on this flex but you can start to go a bit mad with it and end up not actually being that productive when you’re just sitting there with caffeine shakes staring into Ableton. So I'm excited to get out of London and play some shows in the States soon. Aside from that, more re:lax parties and some special UK shows I’m really hyped for!

Read this next: “I want it all”: VTSS' no-holds-barred approach is inspiring her artistic evolution

Can you tell us a little bit about this mix?

It’s a bit of a snapshot of a club set from me, full of some of the sounds and styles that feature on 'Revenge Body'. With the EP release, I felt like it also made sense to include a few tracks from artists who've influenced me: The Bug, Surgeon, Lurka, alongside loads of new stuff from the South London crew and those in Bristol, Manchester, South America. Plus some other stuff TBA... hope ya enjoy!

'Revenge Body' is out now via Ilian Tape, get it here