Laksa never stays locked into one style. “It's just me trying to do something different to what's out there,” he says of his inclination for experimenting with hybrid sounds. A steady stream of releases since his debut on Beneath’s Mistry imprint in 2015 have seen the producer traverse a range of tempos, rhythms and atmospheres, fusing elements of techno, dancehall, 2-step, acid, gqom, dubstep and more into mind-blowing musical mutations. He light-heartedly calls the uncategorisable sound 'UK bass bobblers'.

Born and bred in Bristol and now based in London, the influence of two cities that have revolutionised music combines through his approach. “Bristol is all about the vibey, local community feel to music. Seeing the same people at nights or DJs playing. It just set the foundation for my love of soundsystem music really and truly,” he says. “Then moving to London....It's hard to verbalise London at times but there's just this intensity to it. That translates into the clubbing and the music. Maybe I'm being a romantic but I think my music captures the different energies these cities give.”

He cites early Joker and adjacent Bristol sounds as having a big impact on developing an interest in dance music, as well as Brackles’ ‘Songs For Endless Cities: Volume 1’ mix which was “an introduction to quite a few artists and tunes which broadened my interests at the time.” Formative clubbing experiences came at Bristol’s Shit The Bed nights. “Sorry Pinch and Pev, never made it to a subloaded pals,” he quips. “I had a real healthy dose of terrible nights with too much Doctor P and Trolley Snatcha when I think about it...but good to get it out of your system ey.” Radio also broadened his tastes: the chemistry of Plastician and Nomad on Rinse FM and the dynamism of Logan Sama on Kiss FM in particular. “The fun hype hype of those grime sets are just....you can't beat that energy,” he says of the latter.

In the post-dubstep landscape, Hessle Audio’s Rinse residency became a firm favourite. That made his most recent release - the ‘Fire Kit’ EP on Hessle Audio - a special milestone. Rooted in sub-bass pressure, the influence of those established musical movements he came up through is there - but twisted into new forms, both broken and slippery, reflecting his intent to keep things moving.

Laksa now co-hosts his own radio residency re:lax on NTS, where he showcases the diversity of his tastes alongside re:ni. Outside of music, he’s a social worker, and sometimes channels experiences from that side of his life into his mixes, such as his sublime Blowing Up The Workshop instalment which incorporated recorded quotes from his Master’s research. We spoke about that and more in the interview below, check it out alongside his next-level In Session mix. 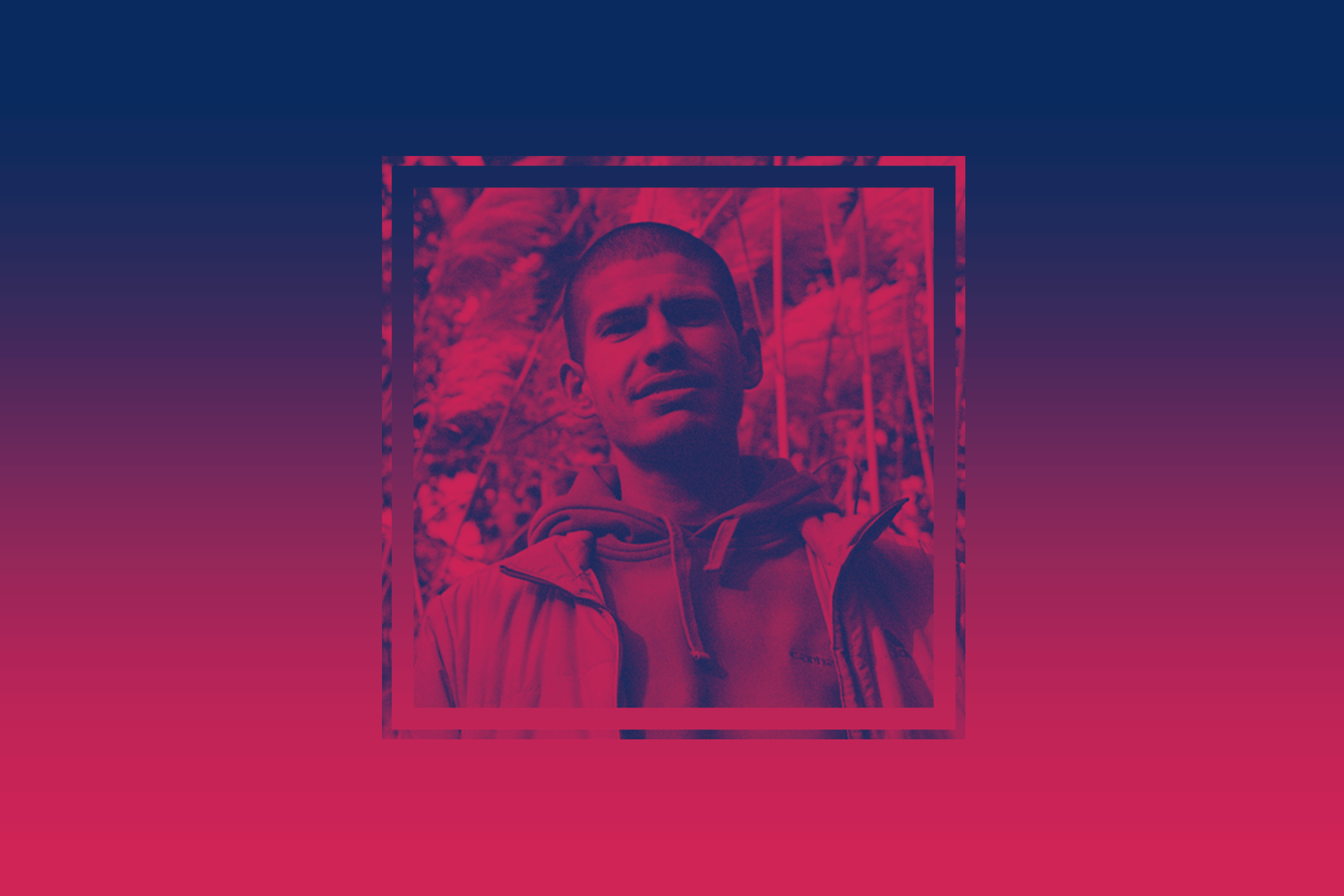 When you announced your ‘Fire Kit’ EP on Twitter you referenced the classic MC Chunky refrain that anyone who went to Hessle parties in the early-mid ‘10s will recognise. MCs have become less common at club nights in that sphere now - is that something you miss?

Oh it's completely something I miss. MCs bring a different energy to nights which the tunes alone can't replicate. For me the disappearance of MCs from this sphere (post-dubstep lineage if we're on the same page) just sums up Black and working class artists having been pushed out from these spaces and, subsequently, the music's disconnect with sound system culture. It's part of wider issues and what has caused so much anger.

I'll also add that it wouldn't feel like things are moving forward if we simply saw a return of the old set up. MCs have always tended to be male, such as Crazy D, Pokes, and Chunky. Then you've got those special pairings like Hatcha & Crazy D, DMZ & Pokes and then most recently Loefah & Chunky. Wouldn't it then be really fucking exciting if we had an iconic female pairing for these new musical movements?

There’s a loosely connected group of artists making soundsystem-inspired music associated with all the labels you’ve released on - Mistry, Timedance, Ilian Tape, Bastakiya Tapes, AD93, Hessle Audio - which has never really been (able to be) classified in the way forerunner scenes like jungle or dubstep have been. Do you think genre boundaries have become less definitive? If so, why?

Yes they've become less definitive. It's not the be all or end all but the internet has probably got a lot to do with it. The internet changed everything, it made things less localised and tribal. You don't have to live in X or Y area or be part of some scene to access or contribute to the music now. The local community element that has normally been part of the foundations for a lot of genre formations changed. It's not that localisation has been stripped away but there's potential for invasion now, whether you want it or not. Genres and scenes don't really have that space and time to grow at their own pace now because of this.

Music scenes tied to a defined genre still exist, but in the case of your music and people who would be called your peers, it feels like more of a fluid thing - with artists orbiting a kind of kaleidoscopic Venn diagram of styles. What do you think the effect of that has been on musical evolution?

It's hard to say. On one level it's led to a lot of ideas and sounds being recycled, which can be quite boring and uninspiring. Then on another level as there's no dominant template or sound, it keeps things fluid as you say. This can be quite exciting in many ways because there's constant mutations

With anything that starts to develop a template or criteria for what defines it, stagnation tends to follow at some point. Before you've got real bursts of creativity localised to specific genres, which evolves that scene and pushes things forward – what Eno terms as 'scenius'. Now that creativity and musical evolution is spread out more...it makes it harder to feel like there's an evolution because the boundaries are so blurry, but it's there. It's why I think labels are so important, as they can create some visibility and narrative for this evolution.

Read this next: "Creating and sustaining": DJ Pitch is a catalyst for the progress of experimental music

There’s often been specific music hardware or software associated with dance music genres - the 909 with house and techno, Fruity Loops with grime, etc. Do you vary how you make your music much? How do different approaches affect the sound, if at all?

Ableton and hardware has been the set up for the past 10 years. I've changed the synths around as the years have gone on to keep things fresh.

There's not really been a new technological development or way of making music since the grime/dubstep era, so I think that may have something to do with the recycling and mutation of genres rather than something new coming along. Limitations create specialisms and when you have a world of sounds and synths at your fingertips you tend to become an all rounder....good at everything but maybe at the cost of standing out or developing a style. I just think of someone like El-B, having a PC which would have had limited fire power compared to what you have today. That limitation just meant you had to really master what sounds you have. It can push your creativity in the way you're pressed to get the most out of what you have ....and boom bam...that swing and those drums. It's why I use gear to be honest as the limitations of the synths just mean you can hone in on a sound and style with greater ease.

How do you approach the re:lax residency you co-host with re:ni on NTS - what kind of sounds and are you looking to showcase there?

There's not too much thought that goes into it to be honest. The focus is mainly on playing new and unreleased music with occasional guests.

Read this next: An oral history of NTS Radio

The station recently celebrated its 10 year anniversary. What impact do you think its presence has had over the last decade? 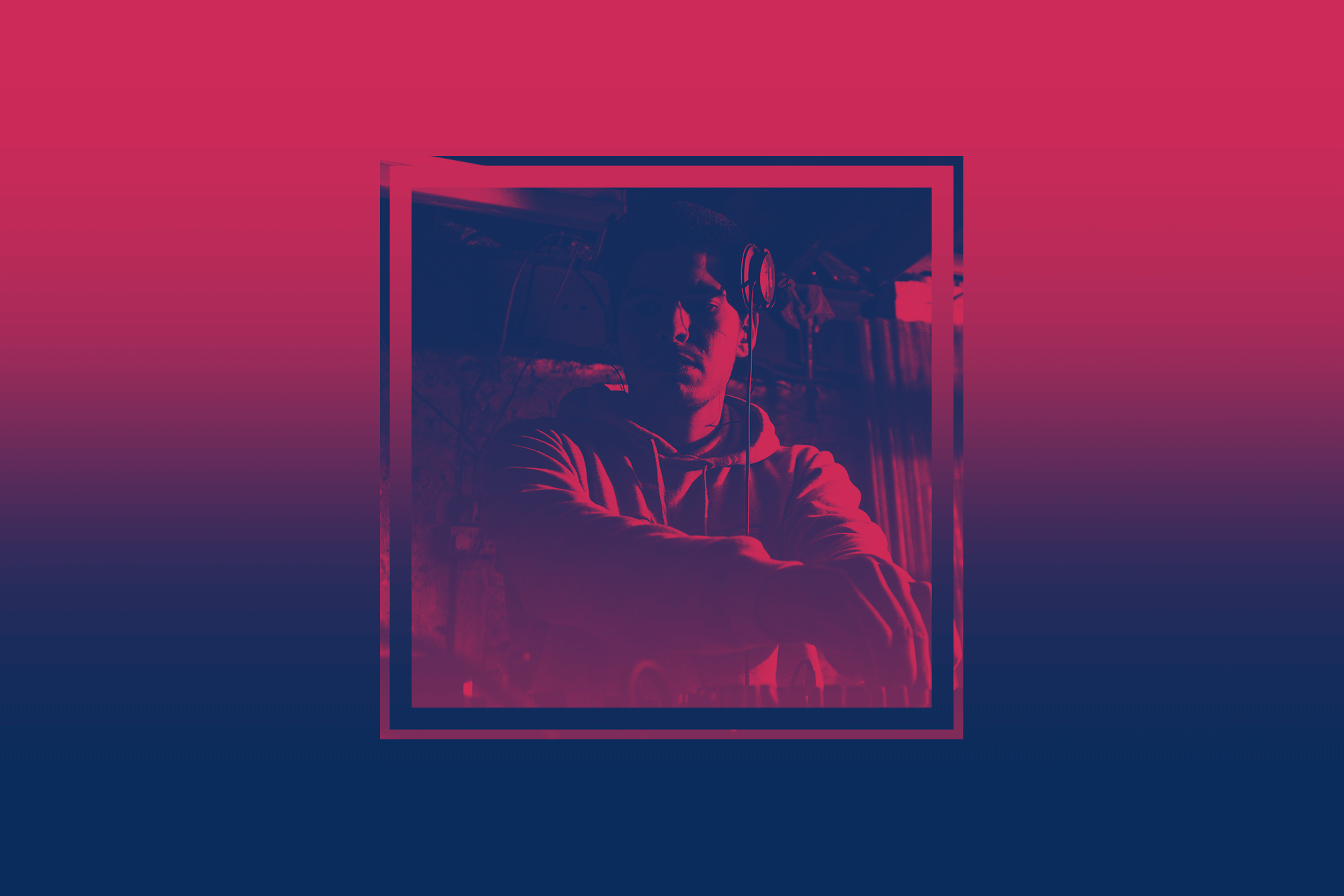 You regularly share information on Twitter relating to the damaging impact of mistreatment of people through prejudices like racism and misogyny, which has become a more prominent discussion point over the past year. What do you think needs to change in the music industry to challenge these problems? Are you hopeful for positive change being achieved?

There's many layers to it all but one thing that always comes to mind for me is imagination. If you don't see someone like you represented in the places you want to be or get to, then how can you even imagine yourself being there.

Whilst there's been a whitewashing in this post-dubstep lineage, it does feel like there's been progress made recently with female representation in the DJ world. I hope that's a springboard for more female producers too. Got to give a big shout out to EQ50 and the work they're doing in this area!

Politics is something you’ve explicitly brought into your artistry at times, such as in your Blowing Up The Workshop mix that included samples from your social work Master’s degree. Are you still involved in social work? Does this continue to influence your musical output?

Yeah funny you should ask as I actually started my first social work job in frontline mental health this year. Thought it made sense to focus on picking social work back up with all that's going on. All I can say is it's pretty intense and it's main influence on my music output atm is there is no output haha.

The quote I used for the start of that mix has gone full circle because now I'm actually the one dealing with many suicidal service users day to day....and like the guy who I spoke to I'm having to battle with very similar challenges. It's quite dark stuff and it definitely melts the mind at times but it certainly puts you out your comfort zone which is important for me.

In an Hyponik interview from 2019 you said “I’m not full-time music and to be honest I’m not sure I’d ever want to be”, whereas for most musicians, being full-time is the goal. Would music becoming ‘work’ for you reduce your enjoyment of it/the importance you take from making it?

I think the quotes I used for this [In Session] mix actually touch on your question, and how I feel about music and how I want to approach it going forward. I really enjoyed the film Soul as it explored this difficult relationship you can have with something you love doing.

Everyone has a different relationship with music and this relationship always changes, has its ups and downs. I suppose for me it's trying to do something interesting and forward thinking with the chuunneess, whilst keeping that relationship as healthy as possible....plus making sure you're enjoying what you're doing.

Read this next: Don't give up the day job?: A generation of DJs are working 9 to 5 without compromising their dreams

Have you got any forthcoming plans you can tell us about?

Me and re:ni are continuing to push re:lax and will hopefully be broadening what we do....

How did you approach making your In Session mix?

I think this mix channels the intensity and mood of where my heads right now. Big ups to the og bobblers like Lurky Lurkz, Batz and Ployster with new heads like Jurango, Azu and Josi Devil. Slapped in some quotes as well.

Laksa's 'Fire Kit' EP is out now via Hessle Audio, get it here