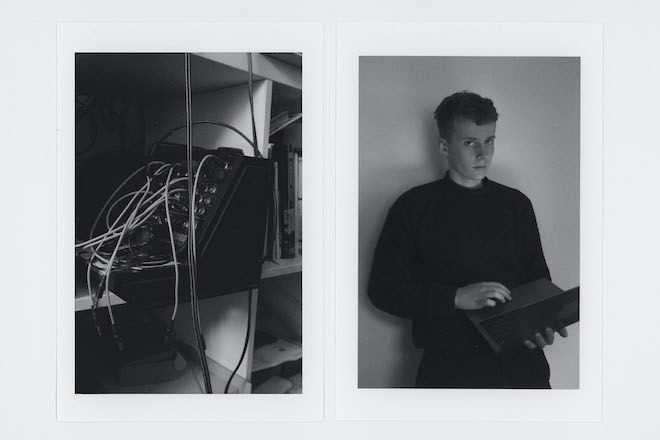 ‘klunk002’ is a dark four-track EP that whirls through the eclectic UK dance sound that Jabes put forth on his first EP, ‘klunk001’, released a year ago.

This time around, Jabes’ 80s horror soundtrack influences are laid bare: ‘Clown Tool’ is a manic, whirling circus; ‘Jest’ feels like an elaborate prank gone wrong and comedic, twisted laughs spin in and out of EP closer ‘Wilder’.

Jabes is a Londoner via Harrogate via Leeds; his debut release ‘iKEA Summers’ was released on local Leeds label Treehouse Records back in 2018. ‘klunk001’, released in October last year, was the inaugural release for the label, and any vinyl purchase included a fold-out flat-pack hat designed by Jacob Jan Wise.

Listen to snippets from ‘klunk002’ below, and order a copy of the EP here.