There’s a little-known proverb in Albania which translates to: “He who is not drunk on a Sunday, is not worth a greeting on Monday.” But no matter how much we trawled through the big book of Albanian sayings, we didn't see anything about he who drinks for seven days straight.

Featuring silver sands, toy-town cafes and a sprawling turquoise coastline that stretches all the way to the Greek isles; the charming town of Dhërmi is nestled at Albania's southernmost point. Up until 2018, it was a place only frequented by sun-starved Albanians from further inland — but since the introduction of KALA and a series of other British-built holiday-slash-festivals to the town, it's quickly become one of Europe's festival hot spots. Three years in the making, another is finally taking its place on the Vlorë County festival calendar; a new seven-dayer from London promoters LWE: ION. Taking place across an entire week in September, ION is as much an endurance test as it is a retreat for the once-durable raver. Since its inception in 2019, it's seen two postponements due to the pandemic: once in 2020, and again in 2021. Despite setbacks, the inaugural ION is finally getting its big Ionian moment. 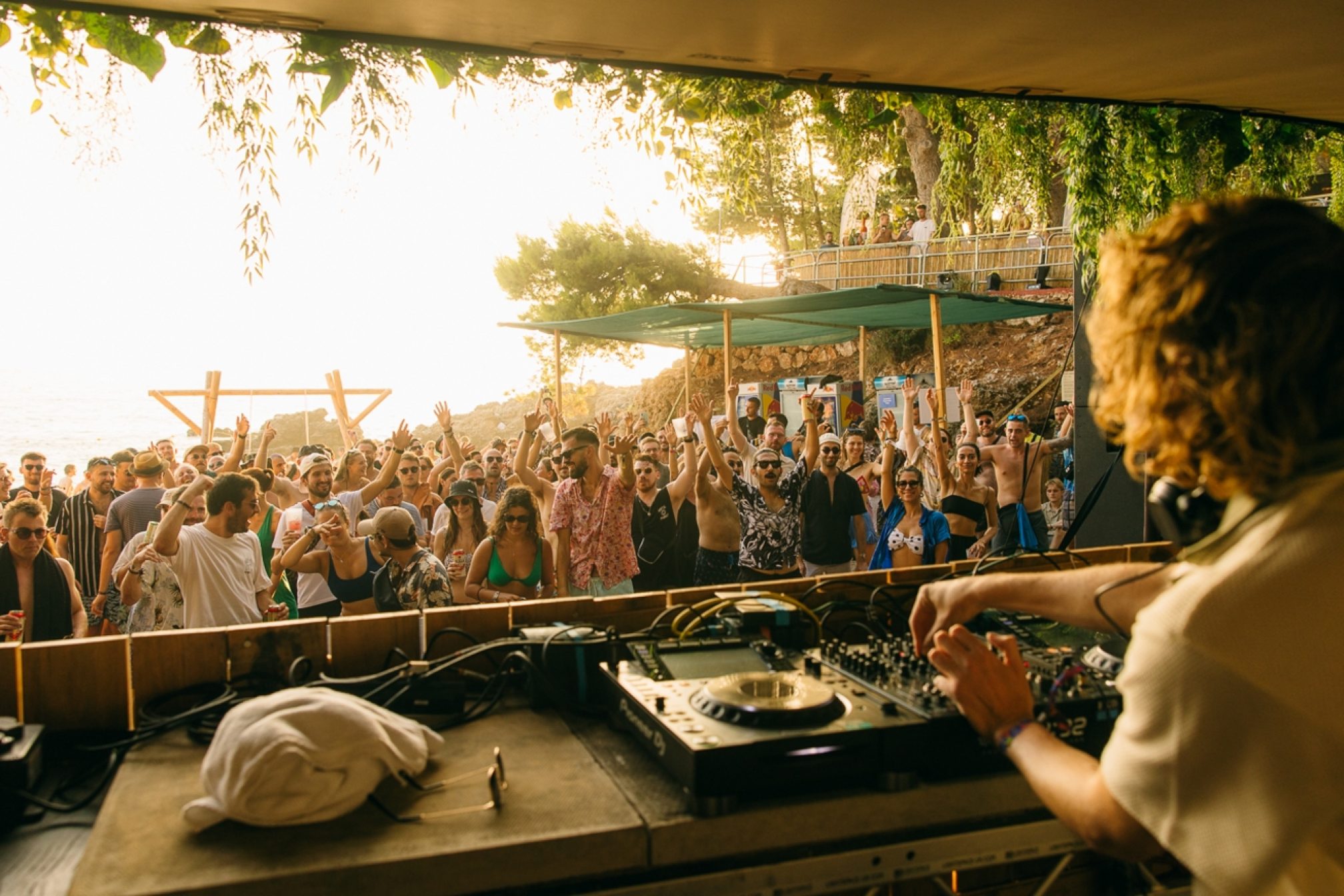 Dotted between historic islands that were once the home of Julius Caesar and his legions during his pursuit of Pompey, the festival’s seven stages — two of which are off-site — all envelop the area without ever looking obtrusive, or eating into the small fishing village upon which the festival sits. From the daytime hotspot of The Cove, where punters take the opportunity to dip into Dhërmi’s temperate waters to the underground cavern of The Bunker which opens for just one of the festival's seven nights, ION’s array of stages keeps things interesting, especially considering the length of the festival. Rumours around the festival circulate about an eighth stage in a submarine bunker along the coast — but due to escalating tensions in the nearby Baltics, it's reported to be in use housing underwater vehicles.

Read this next: Albanian DJs are working tirelessly to put Tirana on the dance music map

With nearly 100 artists including the likes of Chaos In The CBD, George FitzGerald, Helena Hauff, and the Hessle Audio crew scheduled to play across each stage — many of whom stay the length of the week-long party to perform multiple times — ION was always shaping to be a good one. Kicking off on the Wednesday, ION Soundsystem brings through a handful of best-loved selectors to warm-up The Cove stage, which by evening, turns the beach lull into a frenetic dancefloor. By Friday, the party is in full motion as most of the festival’s 3,000 attendees arrive and settle into their nearby accommodations throughout the village. Madam X takes over the late-night slot at The Yacht Club, a boat-shaped decking which hangs over the crystal shoreline, and helps tease the crowds through the door shelling out bass-heavy hitters. Shortly follows Hessle boss Pangaea, who keeps the beachside party alive into the small hours. 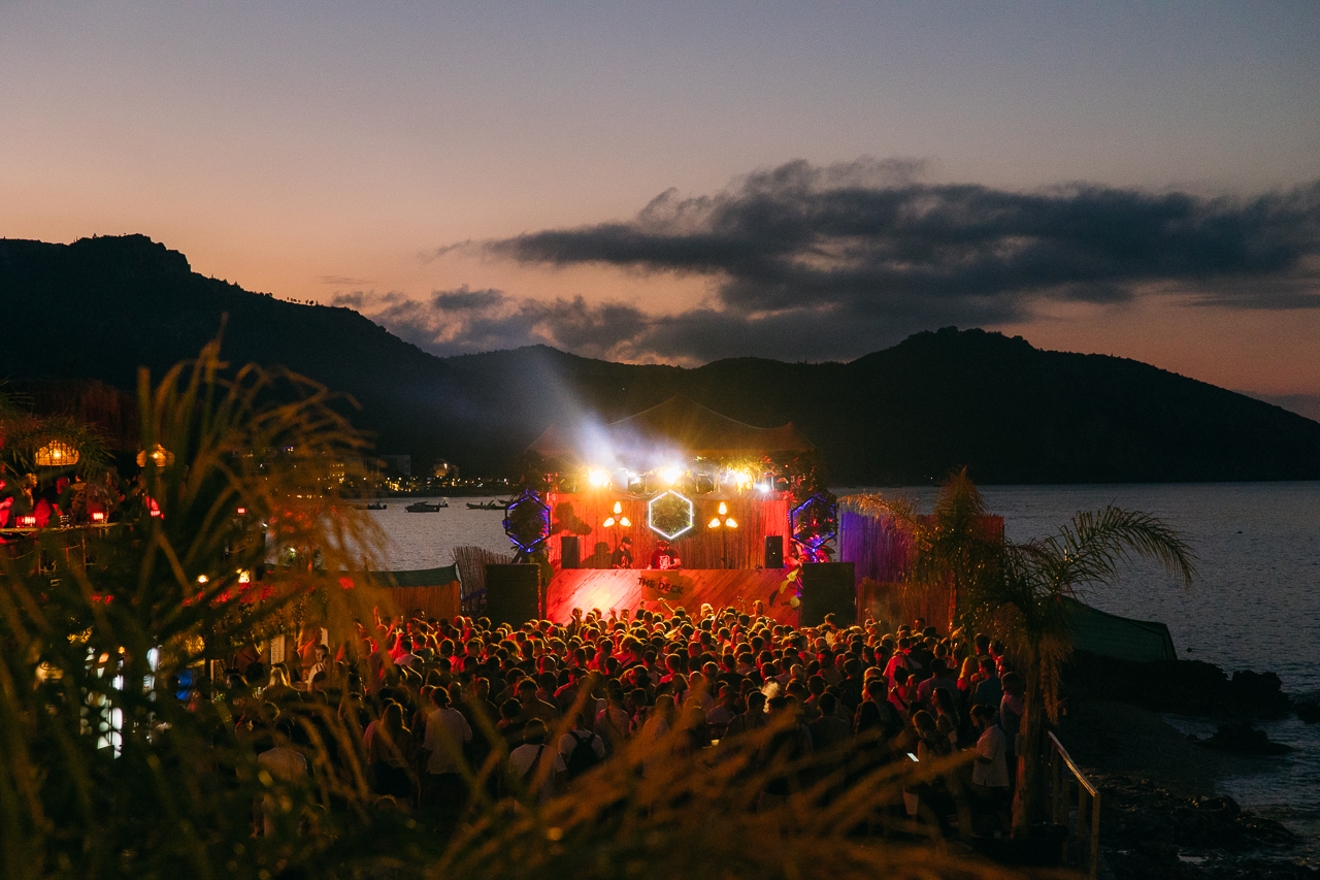 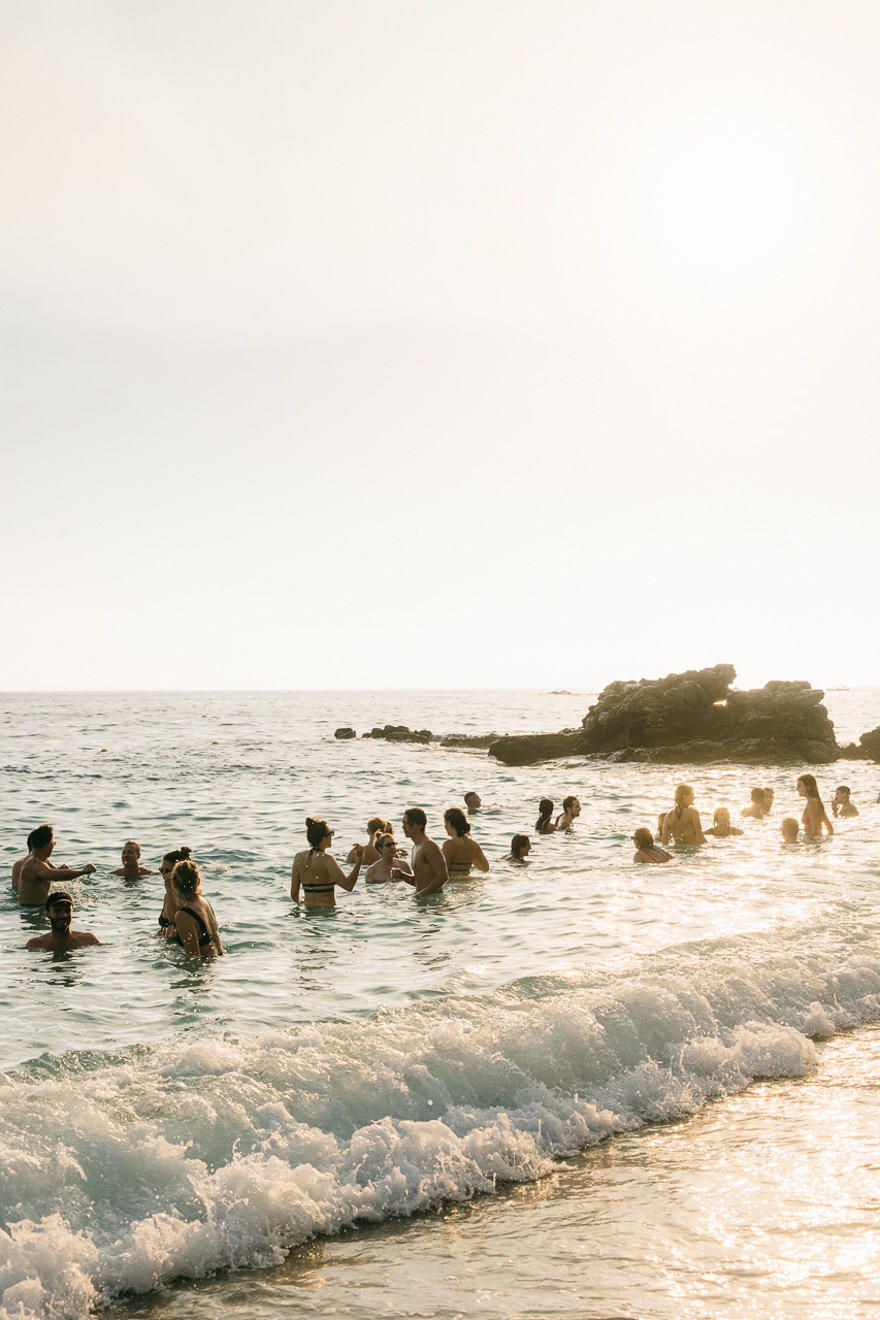 When Saturday rolls around, the tech-leaning offerings make way for a few house, disco, and electro heads — including Dan Shake, Jennifer Cardini, and DJ Stingray 313. There’s a run of techno heavyweights over on the festival’s main stage too, a spacious multi-level area made more impressive by the seascape that backs it. By day, this area plays host to the festival’s wellness programme in an effort to counter the effects of those late-night (or early morning) shenanigans. Punters are invited to take part in hour-long yoga sessions overlooking the beach, or the less frequented "cacao experience" where attendees can try raw cacao, famed for it's natural stimulant properties.

Though this hedonistic week-long paradise is LWE’s first in this location (or abroad, for that matter), it plays to the strengths of the UK-based organisers who handle events at venues including Printworks, Tobacco Dock, and London's Junction 2 festival. This isn’t LWE's first rodeo, director Will Harold tells us as the sun sets over ION. “We thought to ourselves, 'why don’t we try putting Junction 2 abroad?’,” he explains. “We didn’t want it to be Junction 2 as such, because that festival already has its home in that location. But this is essentially what the festival could be when taken overseas." 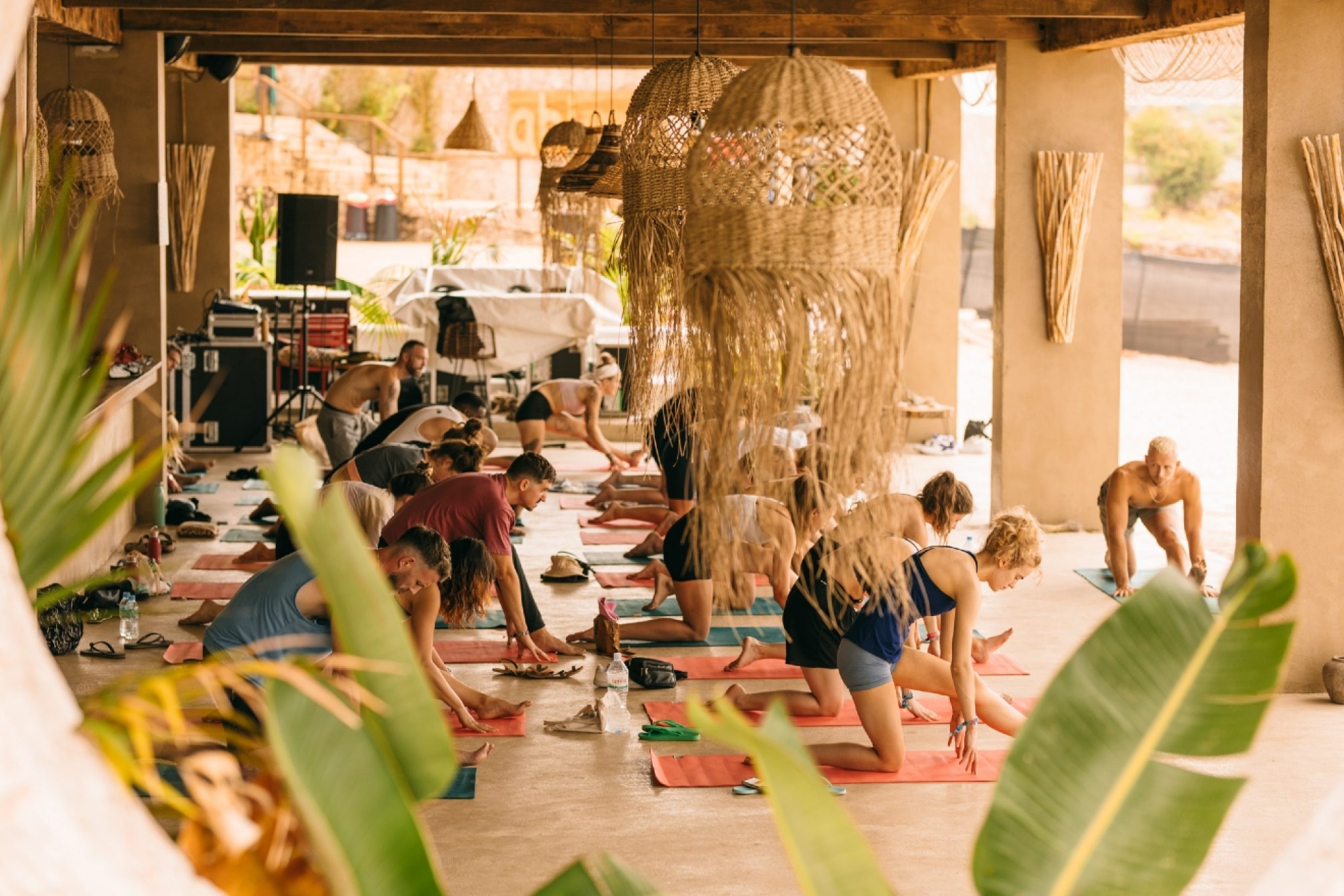 When the conversation turns to location festival sites - think Tisno’s The Garden, Pula’s Fort Punta Christo, and Malta’s UNO - it’s apparent that this quickly evolving area is following suit. “I think that’s where we’re headed,” he says. “The hardest part of this is transport, but with the new airport being built, it’s getting better and we’re in the right place for it. When you fly in, do an hour’s transfer, and get here, it’ll make the experience better and bring more tourists to the area. Locals see the positivity in these festivals because their season is about a month-long here,” he says. On the same site, the increasingly beloved KALA festival takes place annually, as well as a festival from the seminal London record label Anjunadeep, first launching on the 'Albanian Riviera' in 2019.

“These events are bringing international people out for double the usual season, it’s opening things up. The long-term view is that people like us will think in 20 or 30 years, ‘you know what? I might go back to that place for a holiday’,” Harold continues. Though the organisers appear to have brought their crowd with them, a predominantly British mustering, it’s not to say that they aren’t developing tastes across the country, too. Ahead of the event, ION hosted a launch party in Albania’s capital of Tirana featuring local performers, and made sure to employ local staff to create jobs and help develop the area around the festival site. 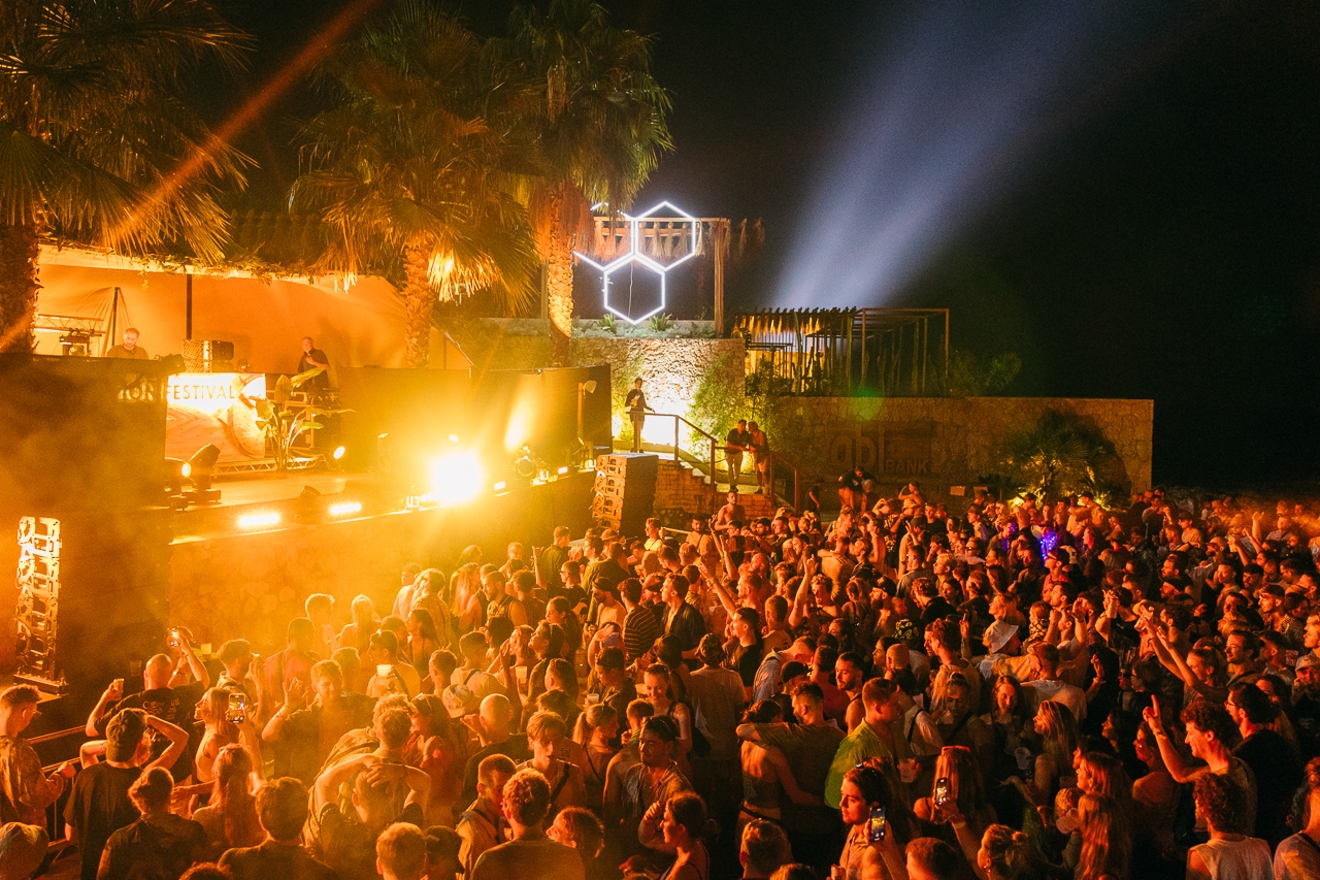 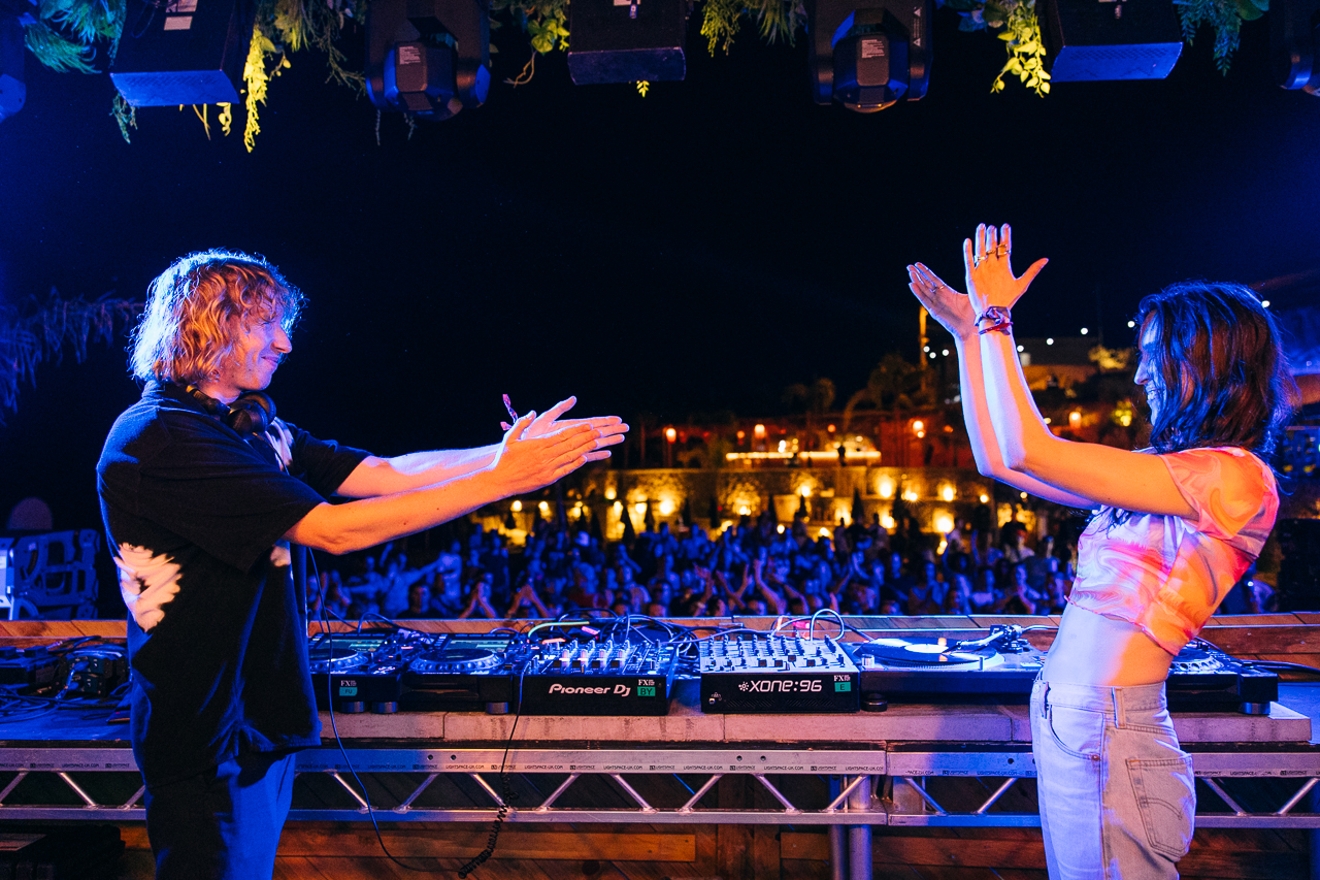 It’s not just the immediate areas that this festival is helping to develop — ION’s two off-site stages offer other local areas a shining light. The Fort, a 19th-century castle on Porto Palermo beach is just a bus ride away from the site and serves as a rustic backdrop to each ticketed event. A stone’s throw in the opposite direction, Gjipe Beach hosts The Canyon stage, nestled between two giant cliff faces off the beach in a stunning cove. This stage requires attendees to travel via a choppy boat ride from site to site.

When Batu arrives at The Canyon on Sunday afternoon to take on a four-hour takeover following KT’s ethereal electro set, the sun beats down hard against the dusty planes. It’s a secluded, isolated spot surrounded by dramatic soaring cliffs — off which the Timedance boss' off-kilter selections bounce through the valley. “Once I got started it was really hot, but I noticed that people were going for a swim to cool down and then coming back later, so it was nice to roll through fairly gentle stuff at first and ease people in,” Batu tells Mixmag following his Canyon showcase. “When the sun went down, people got more focused on the music. It felt like I had a lot of freedom and it was surprisingly hype. I love those surprises, when you're not expecting a crowd to give so much energy.” 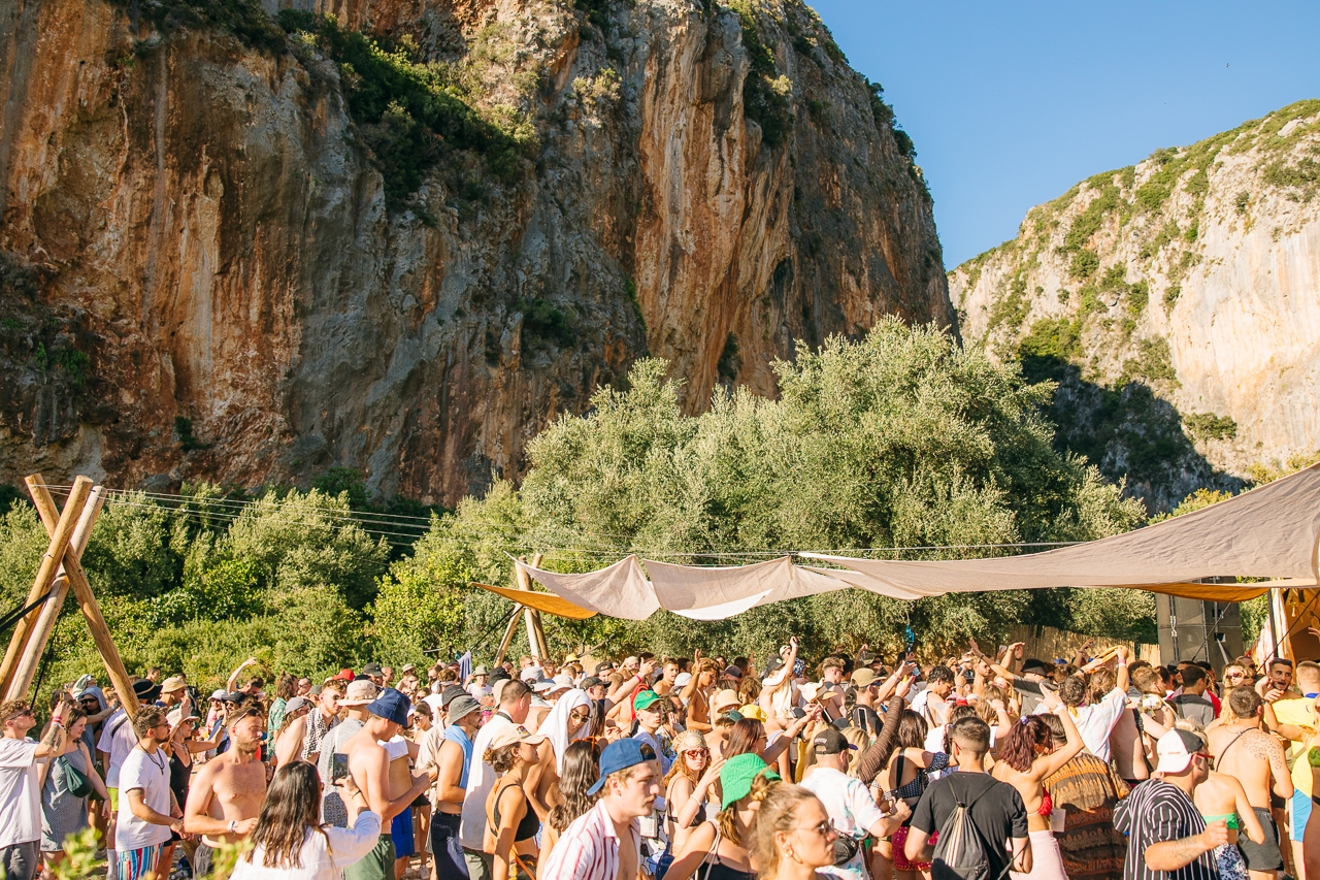 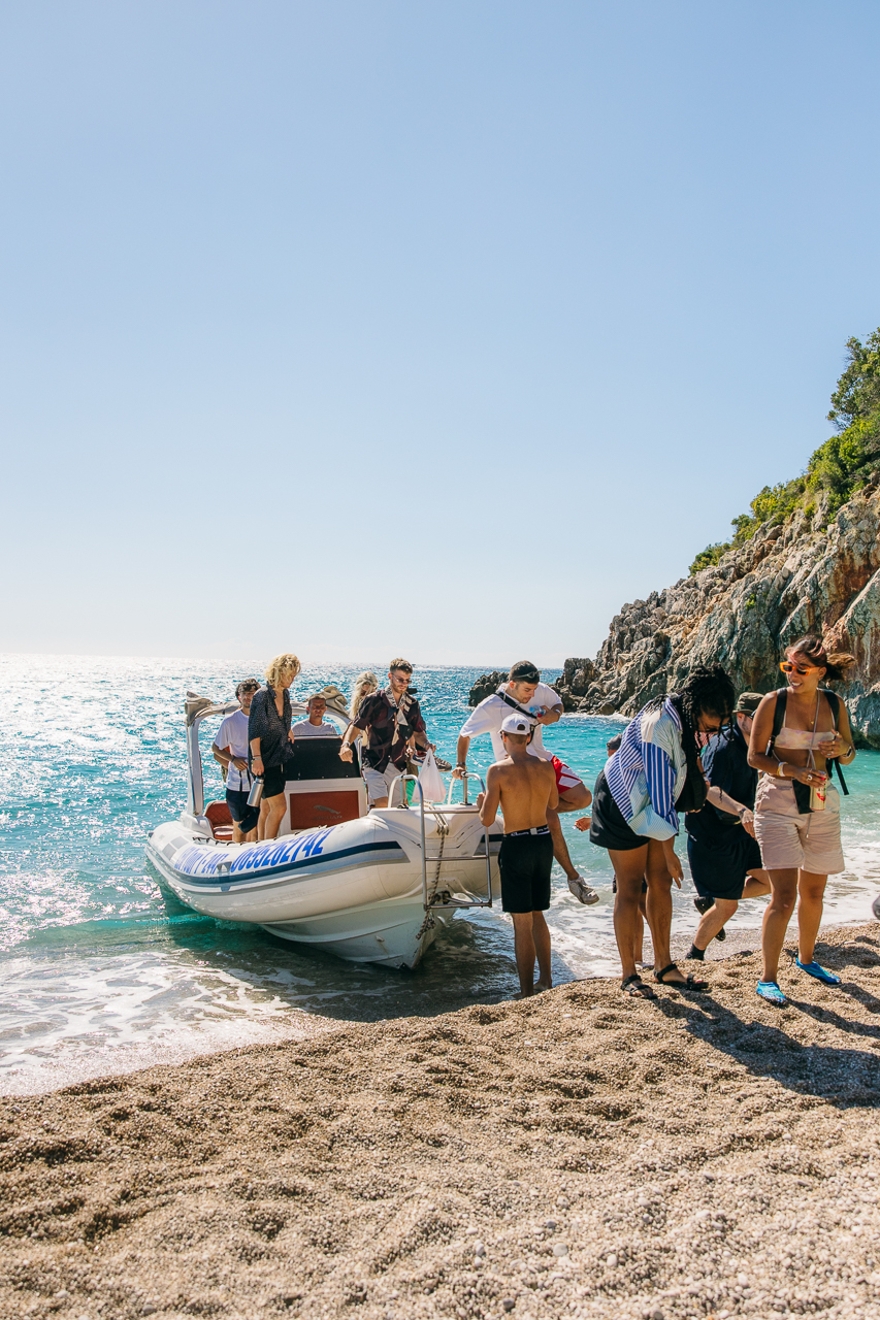 Back on land, the Monday wind-down gets started with a playful set from Manami, who soundtracks the beach with a run of cheeky edits — 'Hollaback Girl' and the 'Macarena' prove particular favourites — before a star-studded evening line-up. It’s the last big night for most, and the energy six nights in continues skyward. The Bunker opens up for one-night-only, ION’s seventh stage featuring a bill of big-league techno favourites including Jeff Mills and Dax J in the throes of an underground car park — a sweatbox, if you’ve ever known one. The party continues sub-surface until 6:AM as the sun rises elsewhere, over the likes of Nicolas Lutz, Bambounou, and Ben UFO.

Read this next: We went to UNUM, the first unrestricted European festival since the pandemic began

ION Festival feels wildly triumphant just one year in, and despite the fact that this is the organiser’s very first attempt at overseas production, there are seemingly few teething problems or hitches that have left it feeling like a novice event. Whether that was helped by the learning curves of its sister festival KALA, or the years of experience from LWE, it's a clear attempt to make something a little different from other established events taking shape in this location.

Perhaps the combination of a scenic location, good crowd, and prestigious warehouse-leaning line-up that helped set apart this year’s festival from Anjunadeep, KALA, and any other beachside festival in Europe for that matter, all made for the perfect storm. What we do know, is that this festival feels like it’s been here many a year already, and in its short tenure, ION could be the organiser’s most promising event yet.