“Sometimes you have to go abroad just to buy the vinyl to make a set.”

Kristi Gega is standing outside Prodjschool Metronom, a music academy specialising in electronic music production and vinyl mixing. This is one of the first DJ schools in Tirana, and Kristi, who mixes under the name Kiki La Rochelle, is the owner and manager.

Tirana, Albania seems like the kind of place travel magazines would tout as the "new Berlin." Communist-era architecture gives downtown a gritty, energetic vibe. Street art covers every available space, and on Friday and Saturday nights, parties can be heard throughout the city.

But techno has been slow to enter Tirana. Barring an occasional festival, weekend line-ups in Albania’s capital skew either mainstream or international, featuring live acts and commercial DJs making the rounds from Ibiza. For the few local DJs who find success, it usually means continuing their careers outside Albania. Kristi belongs to a growing collective of artists, musicians, and DJs fighting to bring electronic music home. 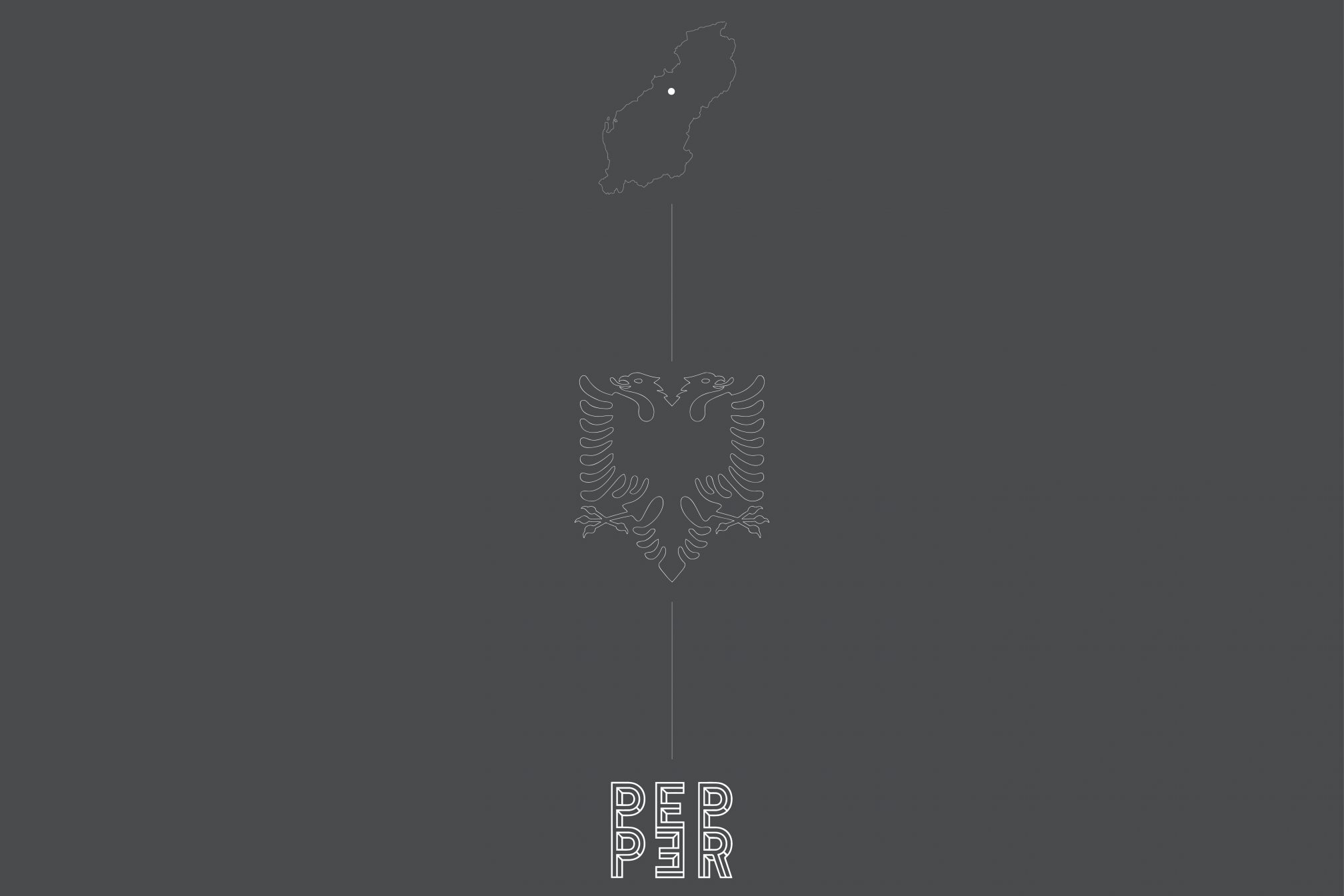 Buses runs from Metronom to Pepper Bar in Tirana’s trendy Blloku district, one of several de facto homes for those seeking electronic music in the city. Primarily a restaurant, Pepper Bar boasts an oddly mixed crowd; seated inside are finely-dressed people eating hors d'oeuvres served by men in pressed white shirts. Outside, a small group wearing black tees smoke cigarettes and nurse glasses of beer, waiting for the DJ to get started upstairs.

This contrast exists throughout Blloku. Once a restricted living area for Albanian Communist party elites, new money has flipped the neighbourhood, plastering formerly brown and tan Communist block housing with neon lights and bright splashes of colour. Rapid construction of restaurants and cafes in the 90s and early 2000s invited a primarily upscale crowd to take up residence. Soon, the district’s life spread to the city’s youth and large student population, and before long, Blloku’s spirit was irresistible. Chic locales like Pepper Bar began to cater to their growing party crowds, transforming the neighbourhood from a collection of eateries into a nightlife hub. Today, bourgeois dinners live next door to grimy student parties, sometimes in the same building.

Despite this growth, ideation from Albania’s Communist past under Hoxha lingers. Banned from most international travel, locals were also acutely aware of their artistic limitations; the 1972 Festivali i Këngës ended with the declaration that organisers were “enemies of the public” bringing undue Western influence to the country. Participants were fired, arrested, or in some cases, killed.

“Every kind of musical material was heavily filtered through controlling institutions,” Rubin Beqo explains. Beqo is one of the co-owners of Tulla Cultural Center, a record store and event space in Tirana. “We never had records, so after Communism, we had very little to build upon. In this sense, our parents didn’t develop or leave us with an intimate relationship with music… I've always seen this as pathological in our development of a local scene, you know, not having had with this relationship.” 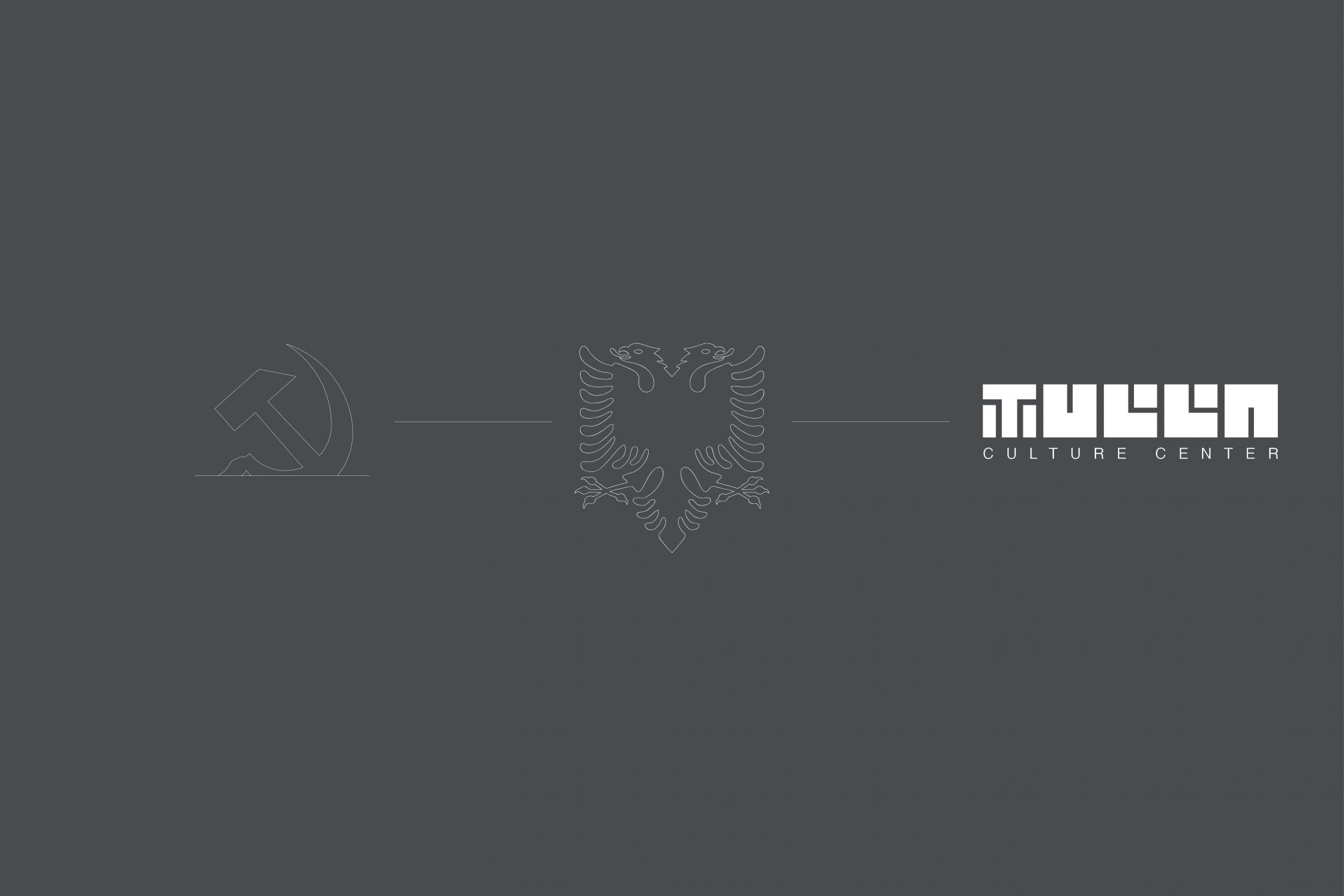 After the fall of Communism in 1991, Albania struggled to regain its already limited footing. While citizens now had access to foreign music and media, the country was plagued with other problems; unemployment skyrocketed, wages sank, and infrastructure ruination became ubiquitous, culminating with the complete collapse of the Albanian government in 1997 due to widespread corruption and investments in pyramid schemes.

The country has since made leaps and bounds. The economy is growing, and with the influx of outside money currently coming into the country, a corresponding rise in former emigrants returning to their homeland has been seen in the nation’s capital. This is where DJs and producers see an opportunity. 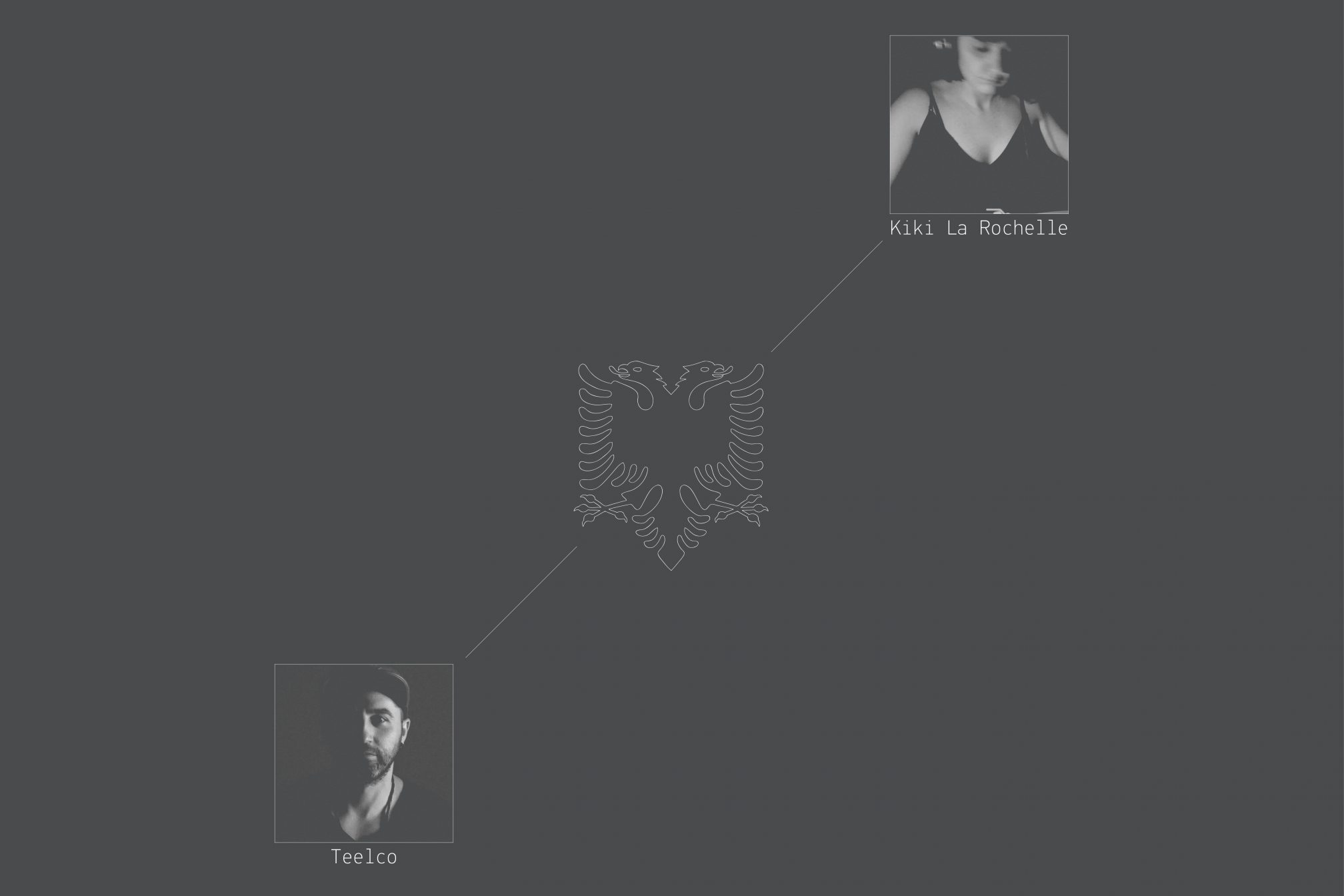 As few dedicated techno or electronic clubs currently exist in Tirana, those who wish to DJ non-commercial electronic music must improvise. Beqo’s latest project takes place in a repurposed underground parking lot, fittingly titled Minus One. Street parties crop up in blocked-off areas of Tirana’s downtown during spring and summer. The city’s recently redesigned New Bazaar has played host to some of these parties, flooding the normally merchant-filled main square with young black-clad steppers celebrating deep into the evening.

Kristi met Teelco, another DJ and producer in Tirana, while he was DJing one of these outdoor events. “I went to Teelco the first time that I saw him and said, ‘Oh my god, where were you before?’ It was totally different from the other music that was playing in Albania… I was really enthusiastic, and he was like, ‘who is this girl?’” Teelco has since joined the team at Metronom, teaching production classes and giving advice on becoming a producer in the city. “Everyone here says they are a DJ because they’ve got a laptop,” he says. “Our goal is to make everything more professional, so they know what being a DJ means.” 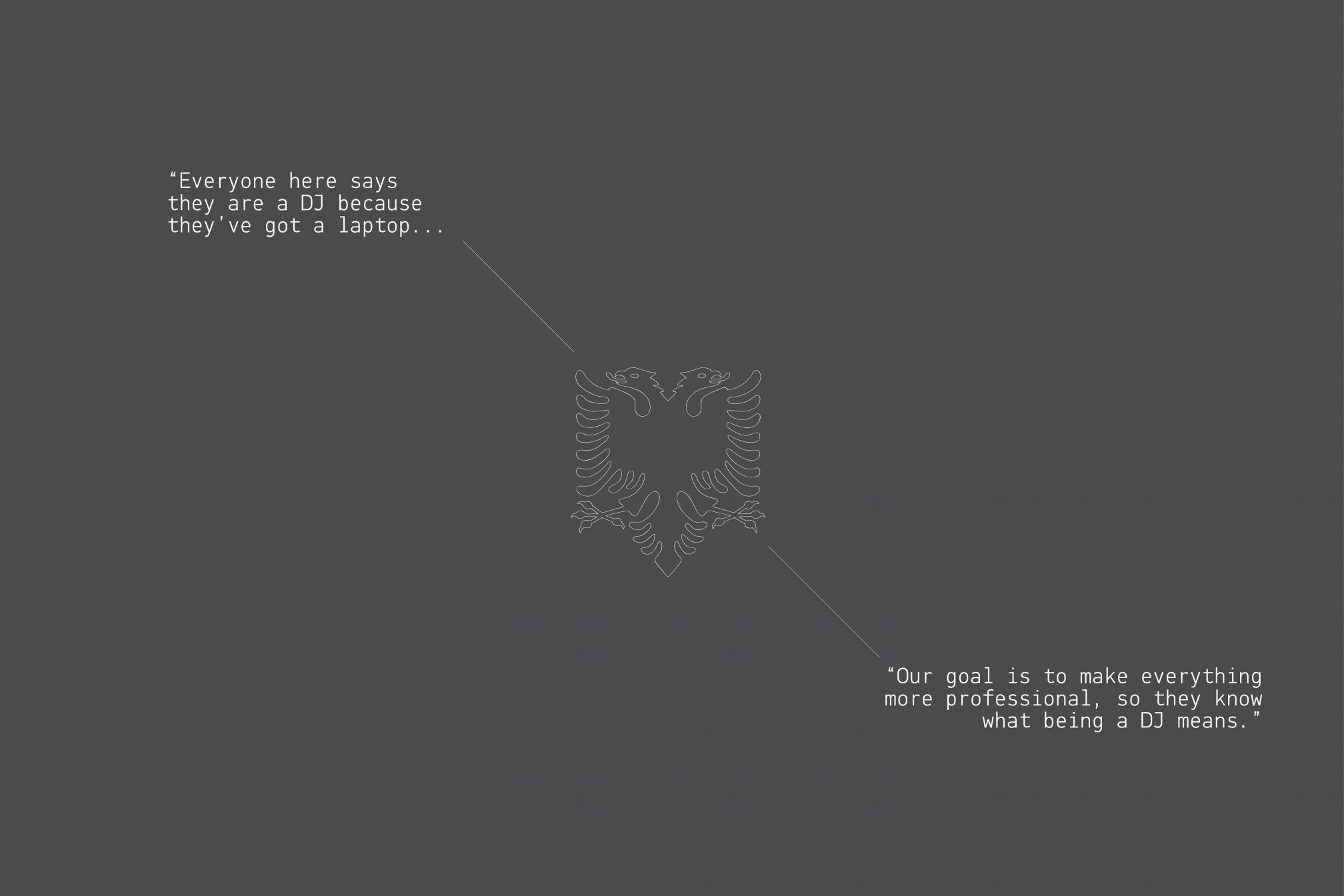 A big part of this education is developing an awareness of vinyl. “The only image we had of turntables was from before the Second World War, so the record player was somehow related to aristocracy,” Beqo explains. The Tulla Cultural Center is trying to combat this thinking, importing popular vinyl and working with local electronics shops to sell low-cost record players. A yearly Record Store Day also now takes place in Tirana. “Things like this should be regular happenings in our town. It’s a forum to invite foreign artists… and, you know, try to make them speak about Albania. In the end, that’s what artists do when they meet other artists, other promoters, [and] when they post on their social media.”

Word about Albania is spreading. Last year, the country hosted a new festival, Kala, in Dhërmi on the southern coast. Despite its peculiar location – getting to Dhërmi means a flight to Corfu then four hours by ferry and bus – the festival was a success, featuring acts like Moodymann, Todd Terje, and members of the Stamp The Wax collective over the course of three days. The upcoming Unum Festival in Shengjin boasts an even more impressive lineup: Ricardo Villalobos, Luciano, Joseph Capriati, and many others, with more to be announced. 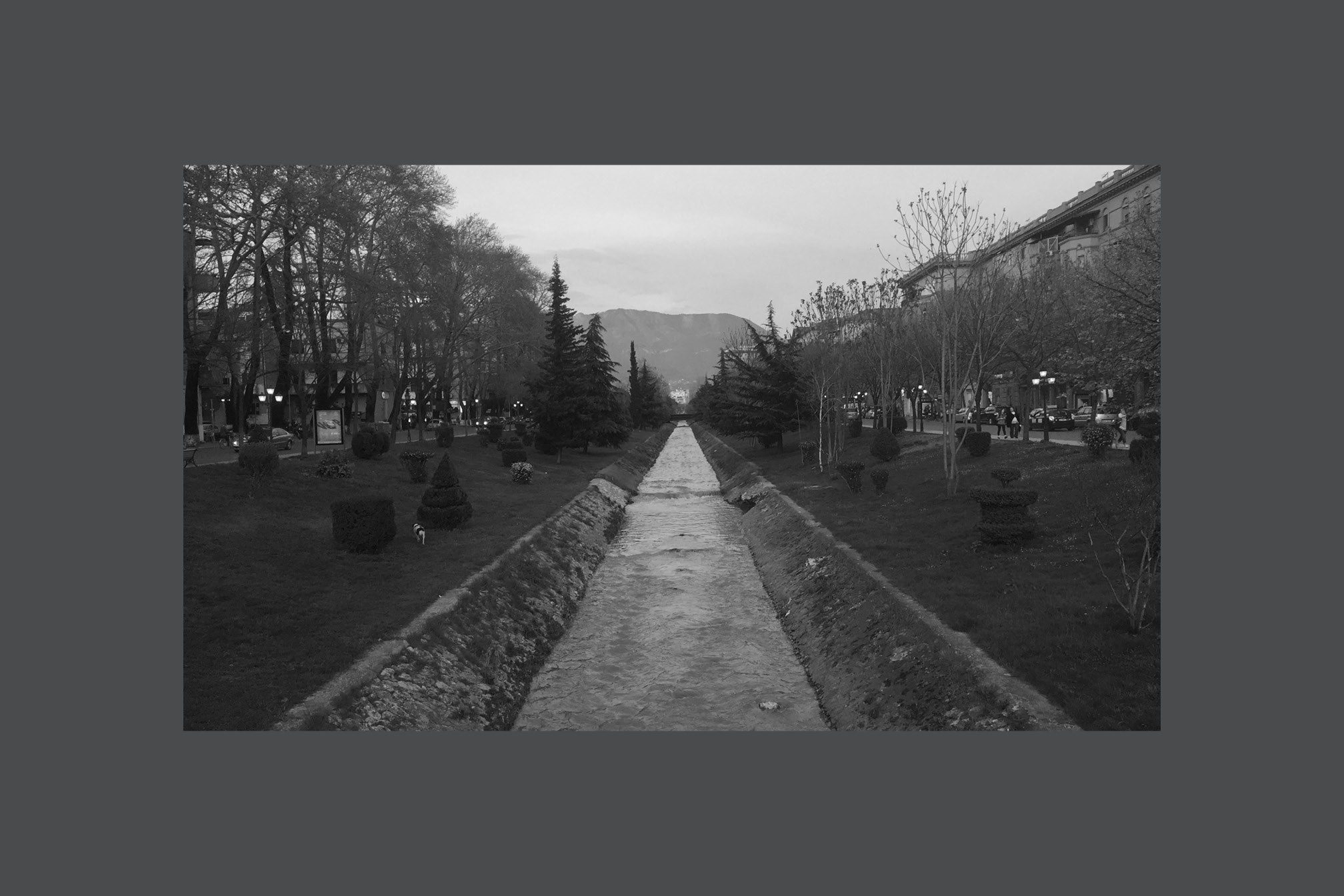 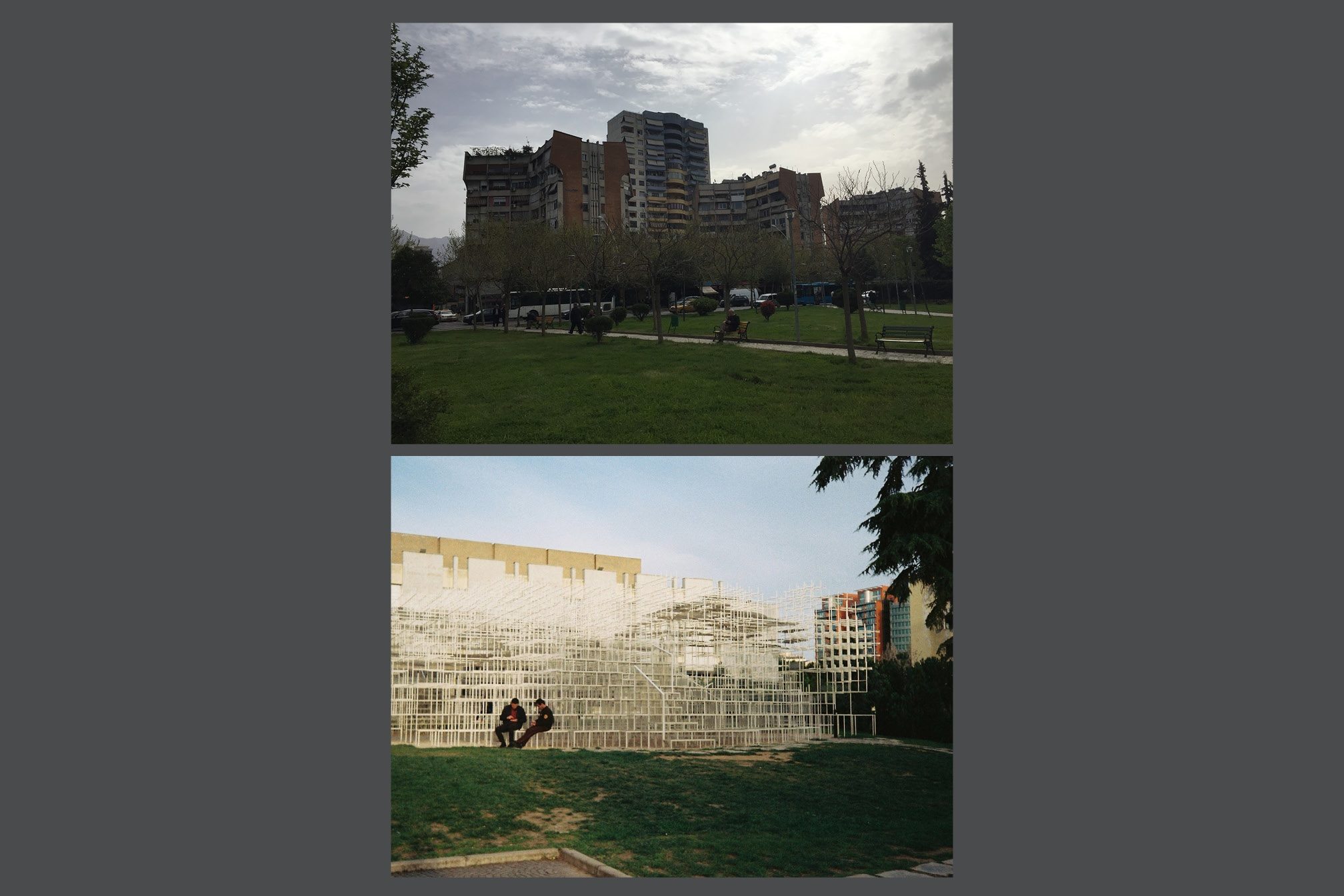 Most weekend nights in Tirana end at Discobox, a dance club within walking distance of Pepper Bar. Discobox draws clear inspiration from clubs in other European capitals – it is understated, hidden behind a gate and tucked underneath the University of Arts. Inside, decoration is minimal: lighting effects, a grid of screens behind the DJ booth, and a trademark disco ball.

The club is empty at 1 AM; by 3, the crowd from Pepper Bar has almost completely migrated over, picking up followers along the way. Dancers start where they left off, and soon, the house is full, bumping up and down to the Balkan-born DJ.

Even with the struggles of being an underground DJ in Tirana, seeing the crowds at Discobox, Teelco is inspired. “The only thing that matters is the passion for the music, and to give that passion to others. It’s not about being an international DJ, or taking the name of Albania outside Albania… I want others to say, ‘I like this guy. I like the way he mixes music.’” Another local DJ, Anascole, agrees: “There are some reasons for stress sometimes… [but] the electronic music scene is growing – what is most important is the love of the music.”

Braden Bjella is a freelance journalist. Visit his website here 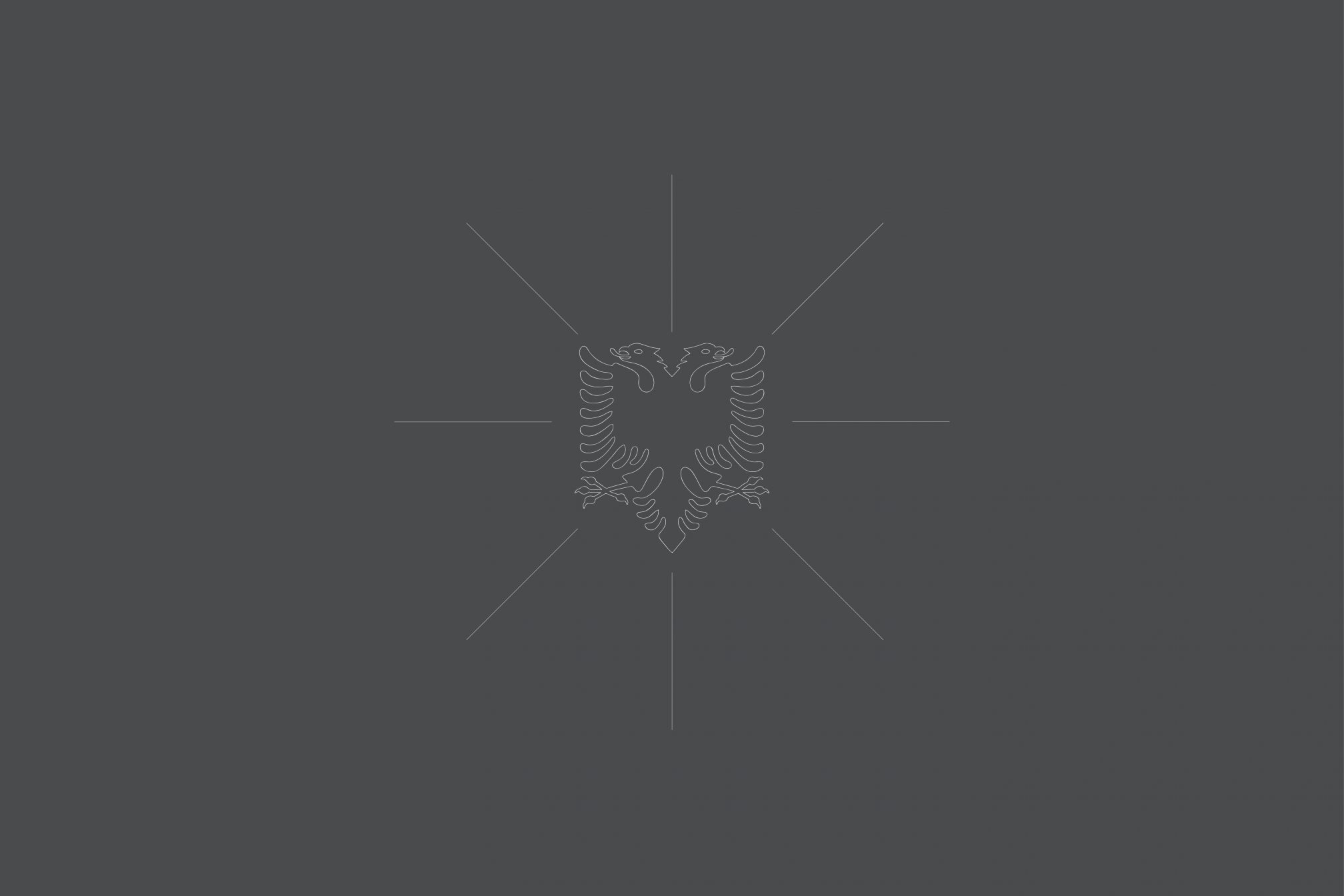