Khatia Tkavashvili, known by her DJ name Lilith., is a rising Central Asian artist and the only woman resident at Georgia’s booming techno haunt Bassiani. Since opening its doors in 2014, Bassiani has surged to fame in the underground and become a sanctuary for the LGBTQ+ community in Tbilisi. Bassiani has almost a cult-like following among Georgian ravers, who use the space to freely express themselves and escape on the dancefloor.

Georgia is a gateway to Central Asia and just a stone’s throw away from Europe. Lilith. grew up in Tbilisi during a period of immense social change after the fall of the Soviet Union, when Georgia was just beginning to define its own path as an independent country.

Despite the country’s close proximity to Europe, walking around parts of Tbilisi can feel like stepping backwards in time by 20 years, with its spiralling turrets and Soviet relics. But there are also many newer and trendier cavities of the city, like the city’s only record store that is always lively with customers, LGBTQ+-friendly bars, and new clubbing institutions like Bassiani that are dedicated to inclusion and progression.

These contrasts in the older and newer parts of Tbilisi almost physically represent Georgia’s generational gap in thinking. Most younger Georgians are keen to embrace the liberalism of Europe, while much of the older generation still hold out-dated conservative views on homosexuality and race.

Often compared to the notorious Berghain, Tbilisi club Bassiani has splashed the headlines over the past year when Georgian authorities threatened to close the club down for reasons related to illegal drug use.

In May last year and in the thick of a happy cohort of dancers, armed police raided the club, rounding up ravers and DJs against a wall as they endeavoured to make the party stop forever. Lilith. and her fellow residents at the club were at the forefront of the closure, and watched as authorities attempted to dismantle the special space that they have worked tirelessly to create for Georgians and international visitors alike. “We dance together, we fight together” - the slogan of the Bassiani protests has now become a famous motto of resistance, and the protests are a very real example of how dance music can help fight violent oppression.

The establishment of Bassiani helped nourish a community of electronic artists in Tbilisi and wider Georgia. Access to this community has helped Lilith. refine her skills to the level they are today - performing at Bassiani on a regular basis as a resident and playing for crowds elsewhere in Georgia and Central Asia.

Despite Bassiani’s prolific reputation in the clubbing sphere, Central Asian artists still receive limited international exposure. Practical issues, such as a weak economy and a lack of an established clubbing culture in Central Asia have contributed to this. But as Bassiani’s notoriety grows, people like Lilith. and other Bassiani residents, such as HVL and Zitto, are having a greater impact on the industry and on how we consume music from this part of the world.

Check out Lilith.'s exclusive mix and Q+A below. 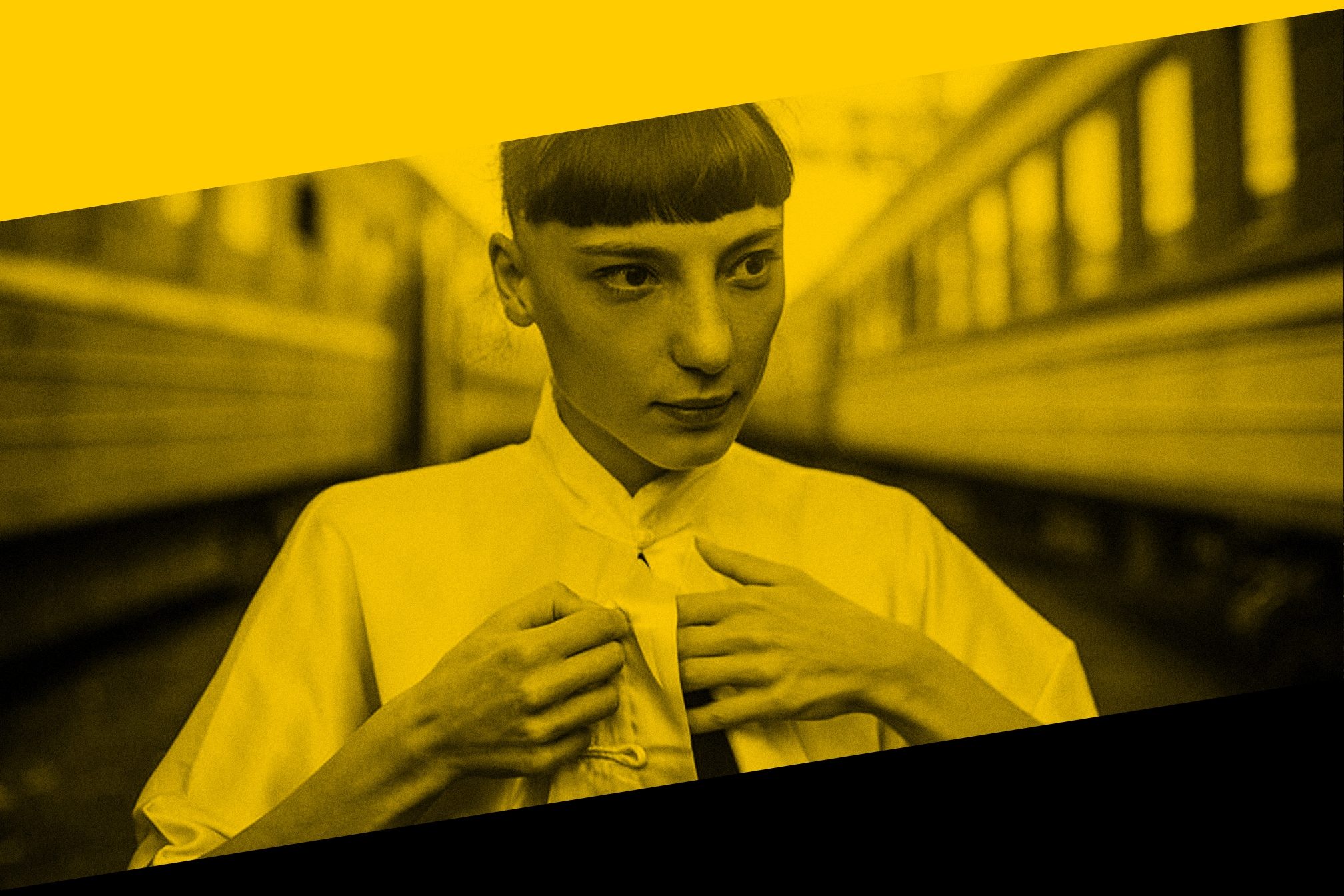 It is mentioned in your Bassiani profile that you draw on a wide range of musical styles as inspiration. What are your earliest memories of electronic music?

My first memories are of my parents’ tape-recorder. Using it, I used to listen to the radio continuously. They also had a record-player and records, and their collection included psychedelic rock, pop, soul, r'n'b and funk. But later when the internet came about, my music taste changed and I delved into genres like industrial, ambient, glitch, post-punk, synth pop, IDM, and much more. Throughout my whole life, music has always played a great role.

Can you describe your experience of growing up in post-Soviet Georgia?

I was born during the revolutionary events and the collapse of the Soviet Union. Because of this and the drastic change in the system that affected the previous generation to such a huge extent, it also shaped my generation and me - we were the people of the transitional stage. I must acknowledge that it’s extremely difficult to live in Tbilisi but exciting at the same time, and even now I witness events and change taking place. The fact that Tbilisi is today going through the processes which most European countries have already experienced makes it really interesting to live through.

For me personally, it’s important to be a part of these processes and participate in them. My generation is making an attempt to act in this country and are determined to change things. For this to happen, it’s vital to always look to the events taking place and aim to understand them clearly so that we can be prepared for any threats to progress.

Within that context, what inspired you to get into DJing? Were you able to build a community that had a similar way of viewing these social changes to you?

I was a frequent visitor to nightclubs at an early age, but if I had to pinpoint a turning point for my relationship with clubbing culture, it would be Kreidler’s live set, which I attended at one of Tbilisi’s clubs. After that, I got really interested in DJing and production. Soon after that I was given an opportunity to learn how to play and I started playing at clubs. At the same moment that I started playing, Georgian electronic music was rapidly developing, and I was in a circle where we were all shaping and creating the scene that’s continuing in Georgia today.

All of the residents at Bassiani have very unique approaches and styles. What emotions or stories do you try to portray in your sets?

All sets are individual and I approach them as if I am crafting a musical composition. I try to bring varied sounds to my listeners. All of my sets have their own stories which start with me, and then at some point during the set, the music becomes independent and can be interpreted individually by the listener.

As my experience continues to grow, my sets tend to change in character and style. In the initial stages of DJing, it’s more difficult to convey the meaning of what you want to say and go with the flow, and it’s impossible to move forward and progress without self-confidence. I have taken so many influences from different genres, but now the shape and direction of my sets is much more distinct than it was four years ago.

Are there specific DJs that have helped you grow in this way or that inspire you?

I have been a loyal visitor to Bassiani since it was opened where I have listened to countless DJ sets. But among those that made an impression on me, I would single out Florian Kupfer, whose dynamic set I still remember vividly, and other artists like Wata Igarashi, Voiski, Blawan, and The Gods Planet.

Besides those, I have many other favourite artists, whose sets I always listen to with admiration and excitement. On 1st January, a Giegling night was held, and as you know, they were playing on the Bassiani stage during the nightclub raid on the 11th of May. That particular set will stick in my memory and has a special importance for me. And I’ll never forget Cadency [also known as Hector Oaks, a Bassiani and Herrensauna resident]’s extremely energetic and long sets performed on the Horoom stage [a room at Bassiani which is more house music-focused] which impacted me greatly. His selections are pretty varied and he merges them all together very harmoniously.

Among local DJs I would single out Zitto, who made a great contribution to the introduction and establishment of the techno sound with his diverse taste and professional attitude to this field. He is interesting and communicates something new to us each time he plays. Also HVL, who has a sophisticated taste and extremely interesting productions. 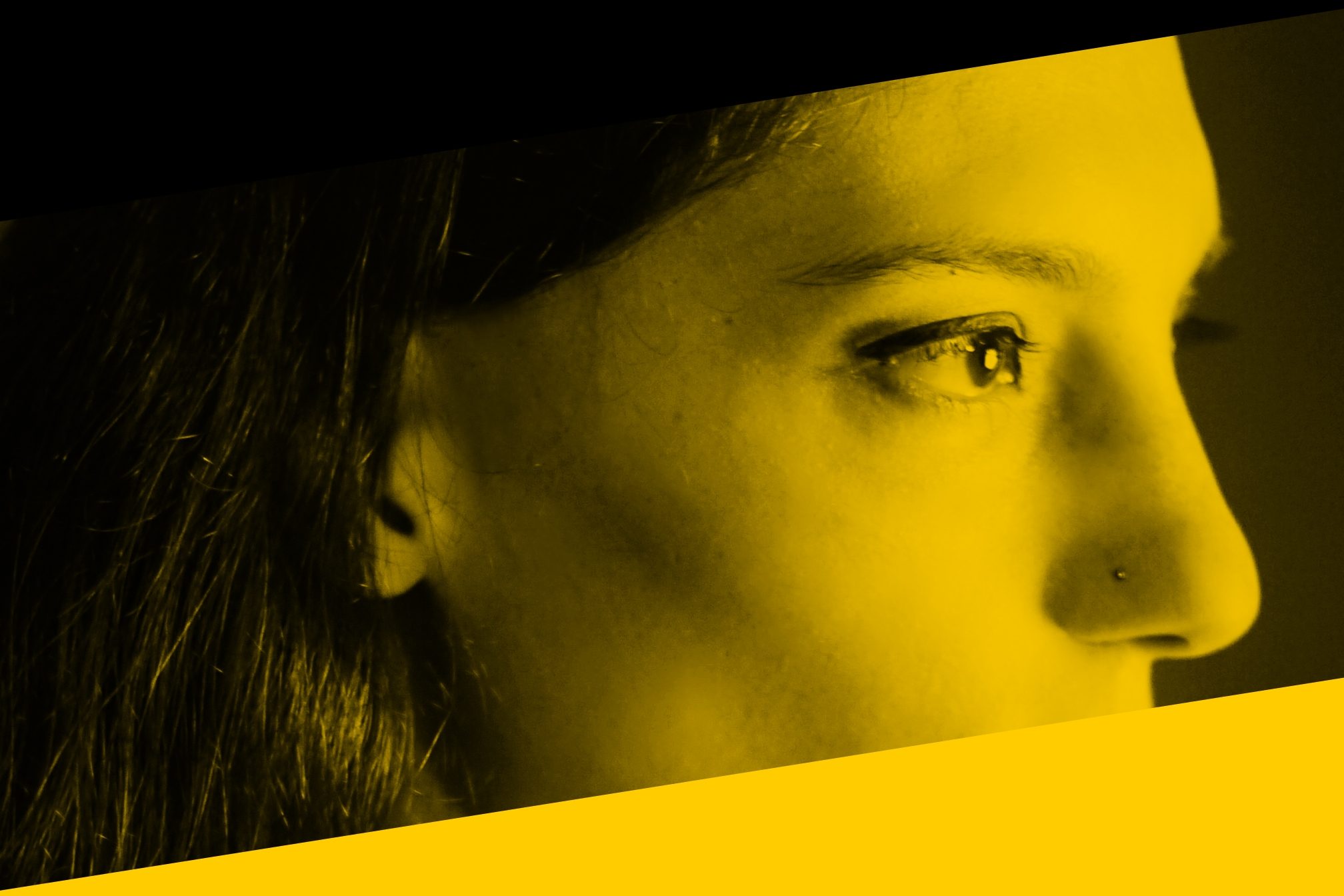 All of these Bassiani artists, and yourself included, have helped transform the club into the world-renowned techno institution that it is today – can you describe how the Georgian scene has evolved in recent years?

Bassiani has had a huge impact on the development of the electronic music in Georgia. Today we have an opportunity to listen to the international artists who influenced the wider global electronic scene, and this has been very important in contributing to the shaping and growth of local artists. And, thanks to this, many Georgian artists are now internationally known.

Georgian people walk a really difficult path because of the economic, social and cultural conditions that they are faced with. Because of that, it’s important for them to have spaces where they have an opportunity to express themselves. They feel they are part of something more important than just visiting a club for entertainment.

How did the threat of shutdown at Bassiani last year affect you and your work?

I remember I was working in the studio on that day getting ready for the next day’s event when my friend called me to tell me what was happening. I couldn’t believe it. I went there immediately and joined the people gathered in front of the club as the raid was going on. I was prepared for events to develop in any direction. There was chaos and confrontation. But then the next day, a large group of people united to defend their own rights.

The Bassiani raid was extremely terrifying. But the different generations learned how to stand together and stand up for their rights. Standing and fighting together made the government realise that the culture we are creating is not so vulnerable and easily destructible, even in the face of confrontation. Nobody accepted the raid and the closure of the club failed.

You mentioned that Bassiani gives Georgians an opportunity to express themselves, and it has become an important LGBTQ+ venue within Tbilisi. But as a post-Soviet country, Georgia is still deeply conservative in many ways. Do you face any challenges working as a female DJ in a male-dominated field in Georgia?

I would say that the dominance of the men in this field is only felt because of the sheer number of men, or lack of women. As for professional aspect, I haven’t felt any difference. Society and my colleagues accept and respect both men and women on an equal footing.

If you look at the world 10 years ago, less women DJs worked in the field than do today. This process is gradually developing on its own. However, in Europe there are a lot more clubs, clubbing culture has a longer history, and there are more opportunities to play. Central Asian artists need to be given more attention.

Within central Asia and other parts of Georgia, are there any clubs or cities that you particularly enjoy playing in and why?

Elsewhere in Georgia, I would single out two of Kutaisi clubs: Reflector and BUDE. Playing for Kutaisi people is always exceptional for me. In Kutaisi, there are amazingly talented people and this city plays a great role in the development of the Georgian electronic music.

Bassiani has been a driving force for clubbing and electronic music in neighbouring countries. Elsewhere in Central Asia at the moment, I would single out the club iN in Baku, Azerbaijan. In Yerevan, Armenia there is also an emerging clubbing scene.

We went to Georgia to investigate the threat to the country's club scene
Georgia's "rave revolution" is explored in a new documentary documentary
The New East: Kazakhstan’s underground is on the map