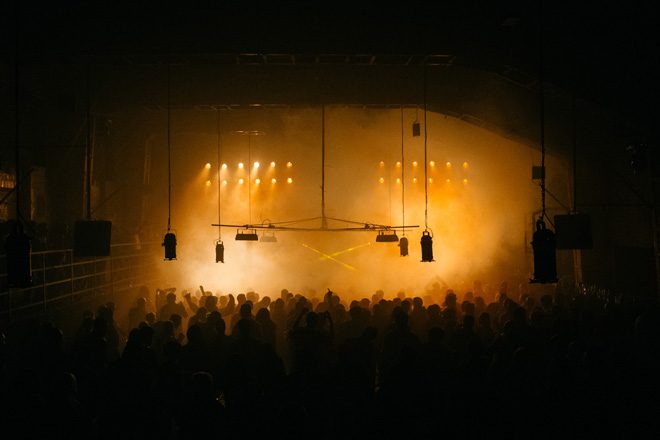 Bassiani has a released a statement on Facebook revealing it may be forced to close under pressure from right-wing political groups.

The nightspot in the Georgian capital of Tbilisi first opened in 2015, and has established itself as one of Europe’s most revered dancing spots.

Georgia is governed by strict drug laws, with Bassiani explaining that "possession of a milligram of the most known substances is punishable by imprisonment for 8 to 20 years or even lifetime", and the venue has faced a struggle against political forces to remain open throughout its short but impressive history.

Over the past three weeks, five young people have died after taking an unknown poisonous substance in their homes. Although these deaths did not occur at Bassiani, the club says right-wing groups are using the deaths to lead a smear campaign into forcing its closure.

In the statement, Bassiani wrote: “BASSIANI / HOROOM is a collective movement that stands at the forefront of the social changes and speaks loudly regarding the inequality in the country, high level of injustice and discrimination. Because of those declared values, the club has been targeted by the right movements, which have in return launched discrediting campaign against the club.”

It adds: “We hereby declare that since the opening of BASSIANI / HOROOM, not a single person’s life has been threatened and none of the tragic deaths have occurred on the territory of the club! Nevertheless, we believe it does not really matter where such substance kills a human being, inside or outside, life should be always protected.

“In addition, we strongly emphasize that BASSIANI / HOROOM has never engaged in any illicit drug trade and each clubgoer is thoroughly searched before entering the club. Furthermore, we do not allow people without ID cards on the grounds of the club and thus only adults can enter.”

Read the full statement below (click 'see more' for the English version).