Surfacing as one of the most prominent freestyle moguls and DJ personalities of this generation over the past 11 years, Kenny Allstar is ingrained in stone as a chieftain for emerging UK talent. Through radio residencies such as his Friday night rap show on BBC 1Xtra and hosting freestyle series such as Mixtape Madness' Mad About Bars, he spotlights the best rising stars in rap to the attentive ears and eyes of millions.

Read this next: The Cover Mix: Kenny Allstar

Last year Kenny also launched his own independent freestyle channel The Generals Corner, built into his personal YouTube channel, where he curates the coldest MCs in the game to showcase their flows in a room digitally rendered to look like an underground bunker, with icy lighting, austere concrete pillars and shallow water rippling at their feet. 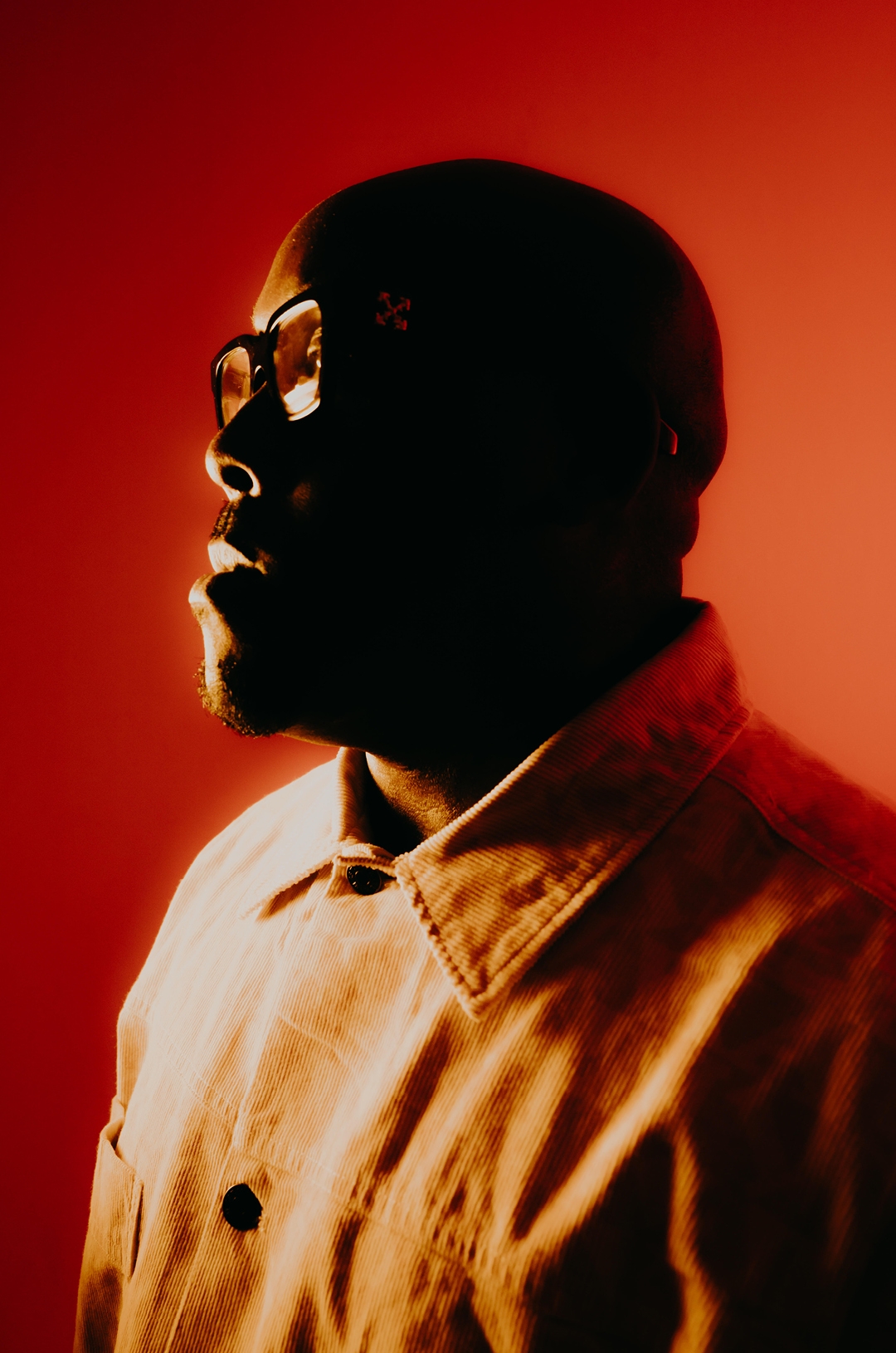 Promptly after our initial greetings over Zoom, I give him his props for last year’s session from a favourite rapper of mine, Clavish. “He's so dope innit,” Kenny asserts, grinning through the screen with a tone of voice filled with essence and urgency. Behind him a collage of plaques is dotted up and down his white painted walls – a clear indicator of his success in the music industry. “I think Clavish will have a career where he will be seen as one of the greatest lyricists and rappers. It won’t even matter whether he’s done the most numbers.”

When Kenny makes predictions like this, he’s usually spot on. That ear for ability and dedication to profiling countless upcoming artists has made the South London DJ a tastemaker to be reckoned with.

Kenny's younger life, however, was not as auspicious as it is today. Born and raised in Lewisham, Kenny dealt with instability and struggle during his early life due to his mother having to work multiple jobs to keep the family afloat. “My come up was a bit challenging because my mum came over while my dad still lived in Nigeria,” he shares. “We're talking about literally like 12 months after my birth, I'm already having to go and stay with aunties because my mum worked multiple jobs.”

“But like all good parents, [my mum] will never make it known that we never had it; she will always try her best to provide. It was hard.” 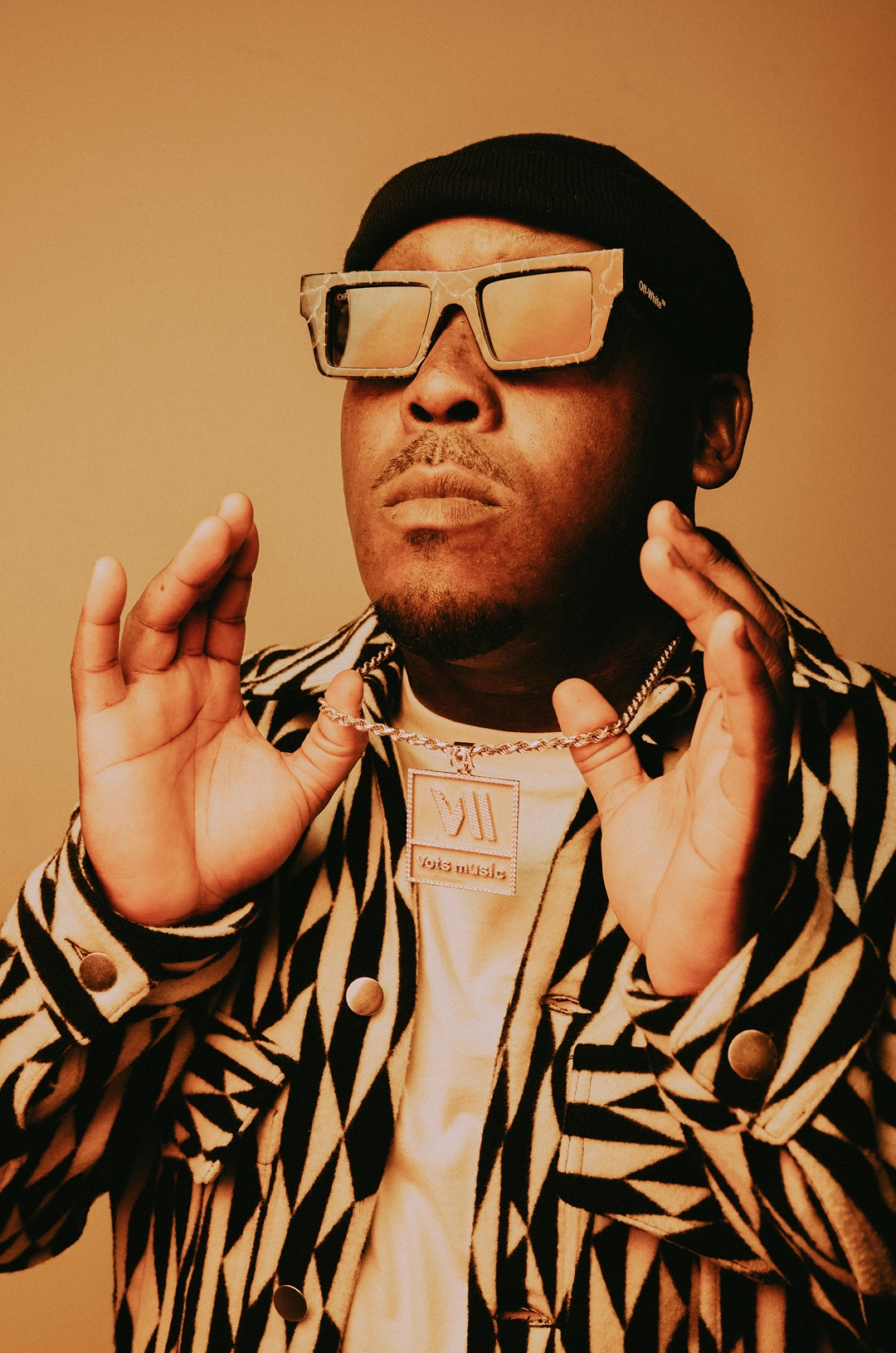 And with his older siblings residing in Nigeria with his dad, Kenny had no other option but to quickly take up the responsibility of piloting his own life, forcing him to become dependent on himself at an early age. “I'm the youngest. But my own older brother,” he says.

Deprivation in his youth, such as a time having no television in the house, saw him develop a deep reverence and love for music through the scarce resources at his disposal. “I knew what the radio frequencies were well before I knew TV channels past Channel 5. Humble beginnings,” he says. “Ontop FM was my favourite pirate radio station because that's when I fell in love with the set culture like grime." 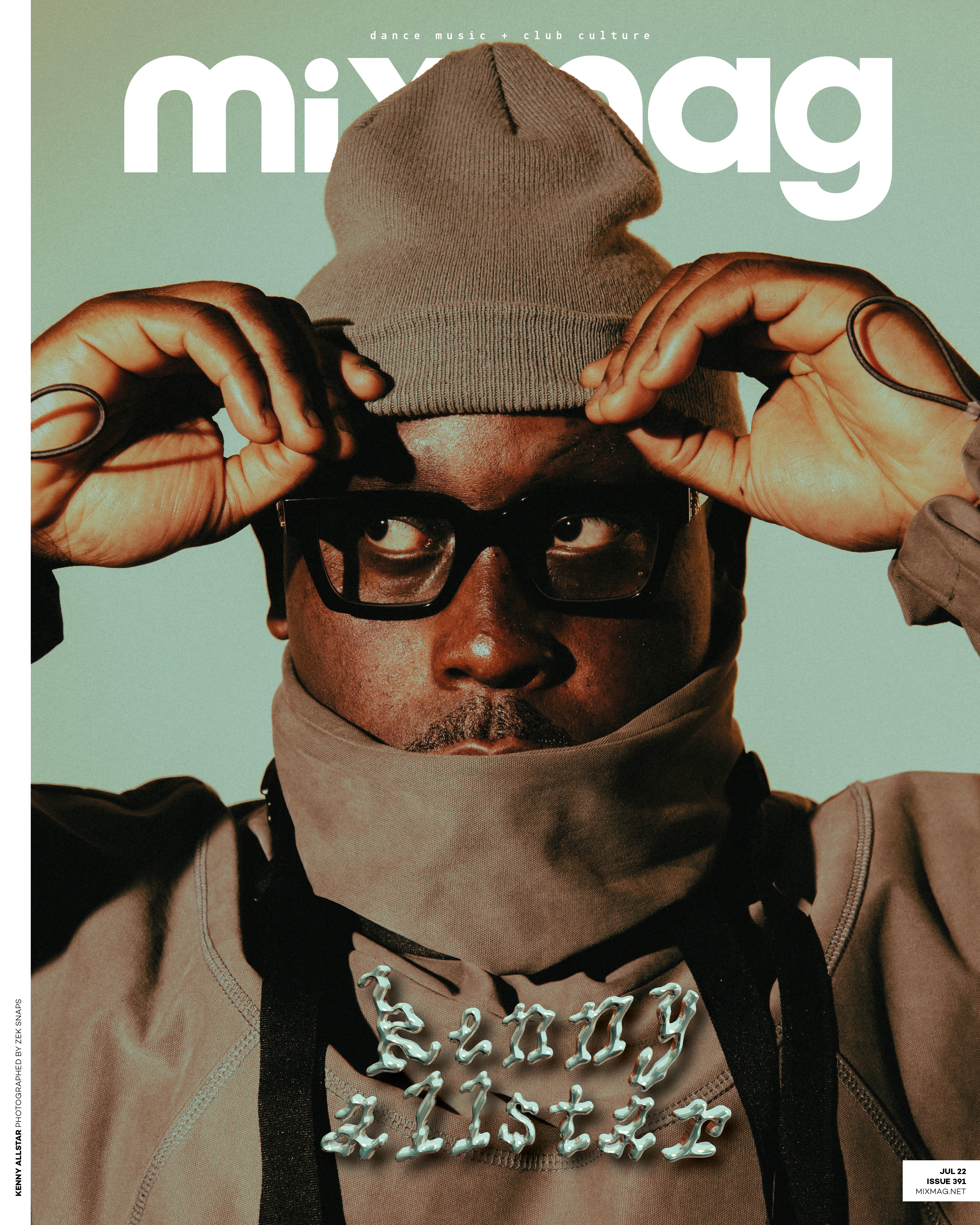 Reflecting on his past, Kenny opens up about how he first fell in love with DJing. “I was a nine-year-old kid at Carnival, and I was too short, so my dad put me on his shoulders to see above the crowd. I saw jerk chicken and different foods, people dancing and big soundsystems. For someone like me who would play the radio from an alarm clock – seeing and hearing these big soundsystems with subs and bass everywhere, how can you not fall in love with that?”

As Kenny matured in age, he found a way to cultivate his DJing talent from a hobby to hustle through hosting parties in his local area. “I did my first house party, and it was lit. I played mainly dancehall music because the dancehall DJs inspired me.”

“I started mashing up house parties all over Lewisham at mad cheap prices,” Kenny recalls, which caused resentment among his peers around him. “Older DJs that used to do house parties would hate me. I would charge around £100 for six hours.” 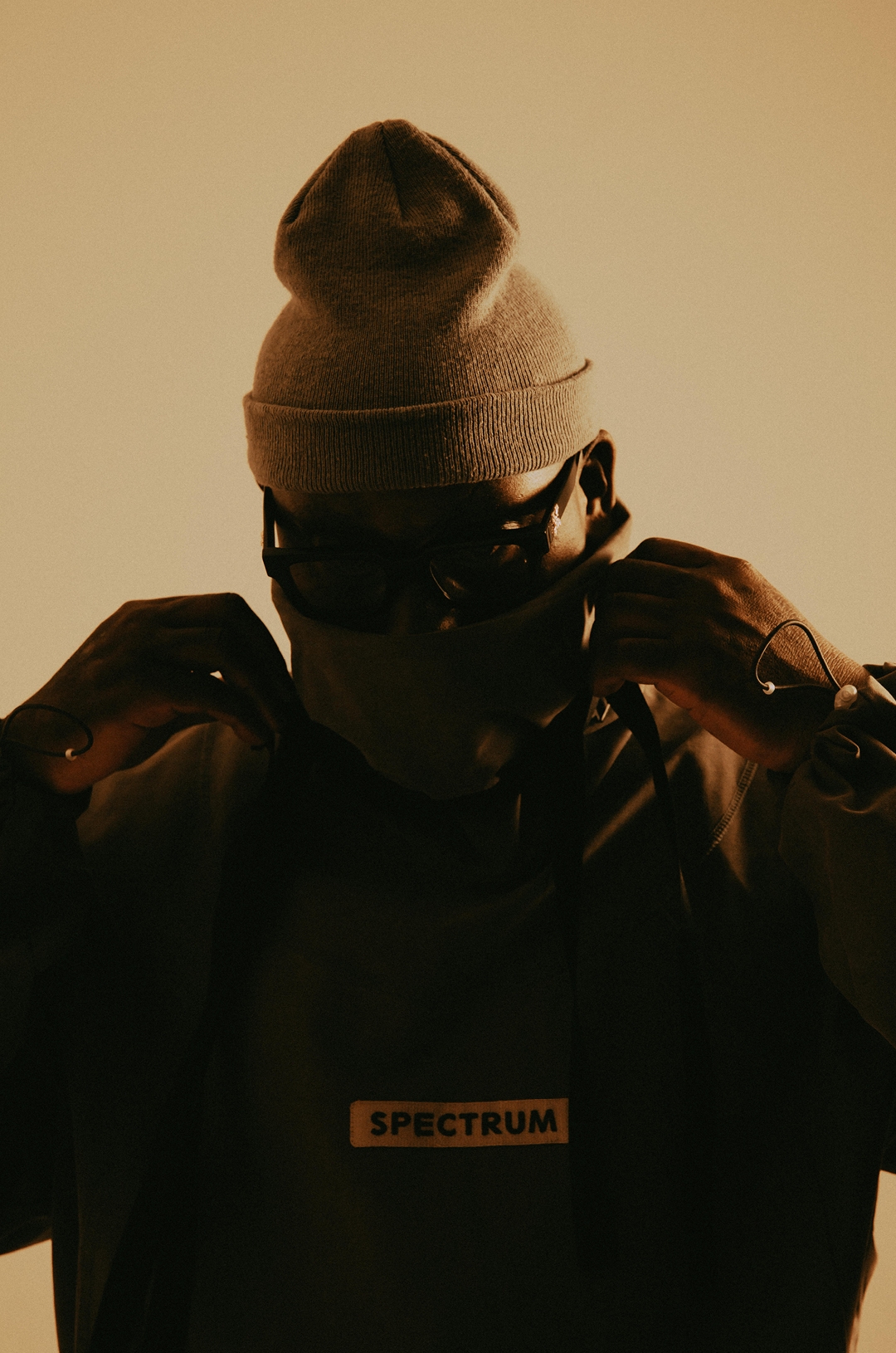 Kenny has since gone on to strive and achieve greatness in the fields of DJing, broadcasting and production. His 2018 debut album ‘Block Diaries’ showcased a snapshot of a flourishing time for the UK music industry, infusing artists from various genres such as drill, grime and Afro swing, featuring reputable rappers such as Headie One, Nafe Smallz, M Huncho, and more. “There were people on that project that you didn't necessarily get along with,” Kenny reflects. “But I think the nice thing about how the album came about is that they all appreciate things I've done in the past for them. So naturally, they wanted to be a part of it.”

Read this next: How UK producers set a new standard for drill

Another accomplishment achieved by Kenny is his aforementioned Mixtape Madness series Mad About Bars, which rapidly picked up flames as one of the most influential freestyle platforms for UK rap since launching in 2015 — collecting over 255 million-plus views in total with instalments from rappers such as Central Cee and Digga D who are now leading the charts and the culture.

“I started with no expectations for Mad About Bars,” Kenny says. “I just wanted to have a platform because I was missing opportunities, and I was getting loads of guys coming through the radio show, and I'd never documented it.”

Using his past struggles in the industry to create a path for new talent, Kenny is ready to continue to deliver authentic, gritty and real rap to our ears through the revival of his Voice of the Streets series on 1Xtra. “The whole mantra of Voice of the Streets is to platform self-proclaimed artists,” he says. “I wanted to drive that mantra because it was hard for me to get on.”

“You'll hear some new names there, and it's not about the numbers.” 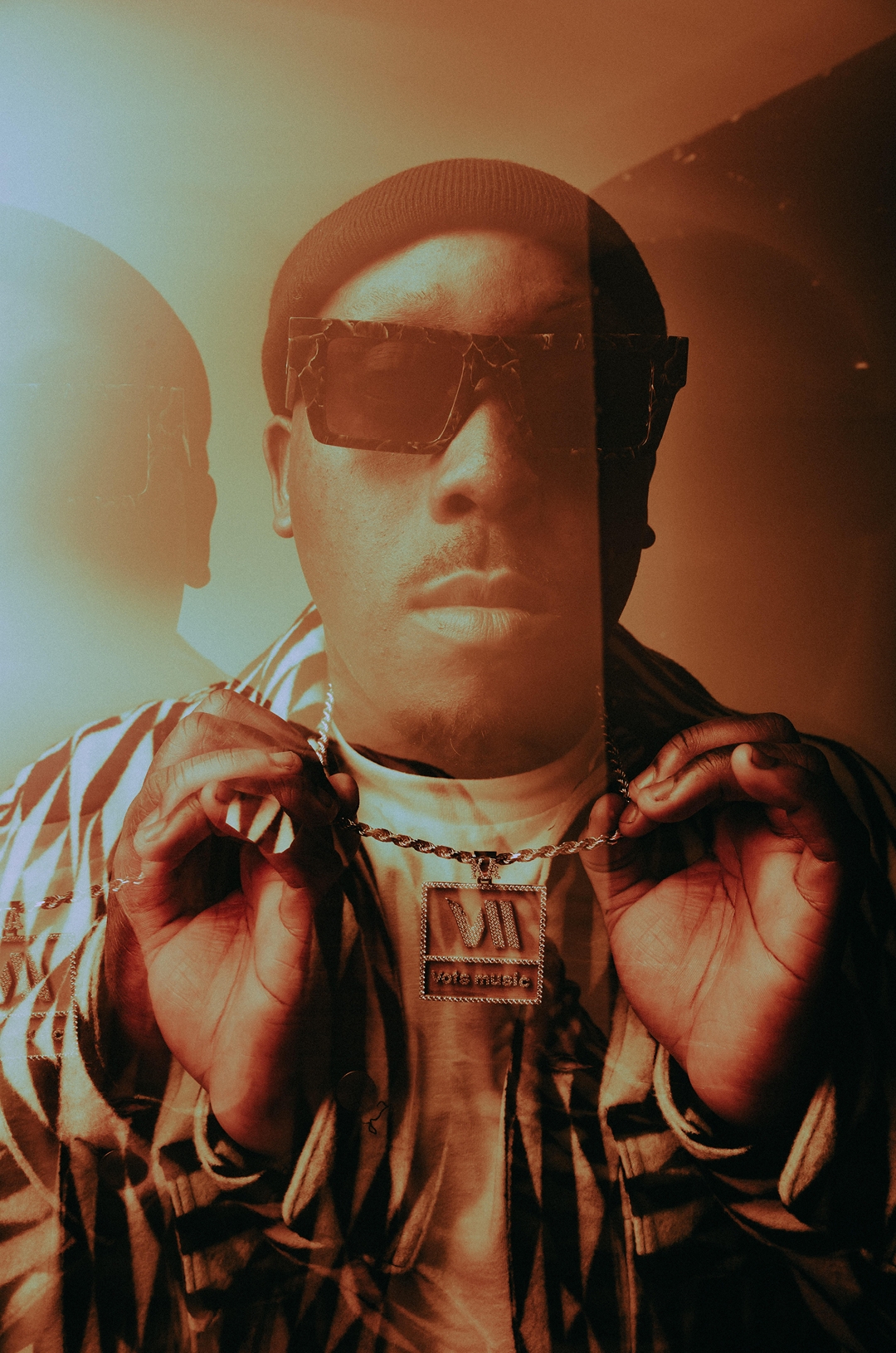 But with drill music being painted as the malevolent source of Britain's ‘knife crime epidemic’, Kenny is ready to rebuke any critics that find a problem with him giving a voice to young, aspiring artists. “I'm not going to be the scapegoat for issues in the Black community that's been going on for decades,” Kenny says with a firm tone. “I've seen people change their lives off a freestyle I've given them. I've seen artists turn away from a life of crime from the back of the music they've made.”

Read this next: The transformative time of UK drill: M1llionz is leading a new rap era

Now, with Kenny opening his brand new VOTS Music studio, he aims for the space to be a melting pot for artists who would otherwise be wary of each other due to postcode affiliations to collectively come together. His future goals are to make these community hubs accessible across the nation for all. “I'm trying to build multiple hubs across the UK where we're not seen as a record label – I want us to be a proper development movement,” he says.

In the meantime, expect to see and hear more from Kenny as he continues to break glass ceilings in the name of the culture. “I'm back in a different element, and this element is one of motivation. I'm going to show the world that I'm going to be at the top of this hip hop DJing thing.”