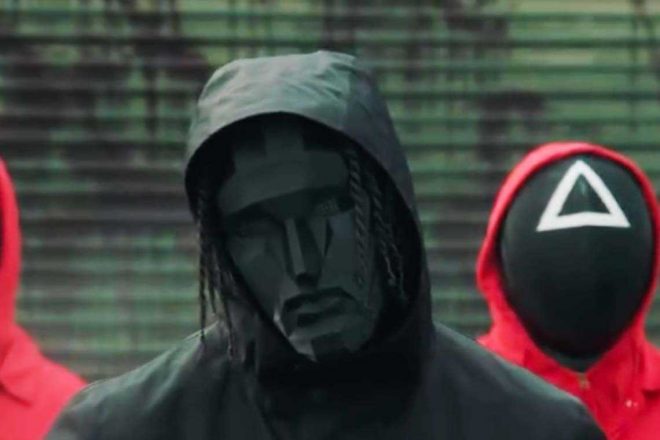 The West London rapper incorporated smartly crafted lyrics relating to his life on the road, alongside a music video based on the hit Netflix show, which has recently become the most-watched series on the streaming service's history.

The dystopian Korean drama is set in a hypothetical game where debt-ridden members of the public have to fight for their survival and for a large cash prize.

The video is based on one of the deadliest “games” in the show, Red Light Green Light.

In the video, we see the rapper dressed as the Front Man character of the "games".

Earlier this week, the rapper shared teasers and clips from the music video on his Instagram page.

Fans on Twitter have been reacting well to the release, with one user saying: "Not gonna lie that Digga D squid game tune is an absolute madness". Another fan said that the track has made them want to watch the show.

The full video is now available on YouTube, check it out below.