M1llionz’s arrival as a rap force has coincided with a transformative time in UK drill. A period where the genre is slowly readapting from its controversial origin of booming sonics and cruddy subject matter – 67’s ‘Let’s Lurk’ and Headie One X RV’s ‘Know Better’ for example - to producing palatable chart-toppers that retain their tough exterior but ready made for mainstream consumption ala Russ and Tion Wayne’s history-making number one single ‘Body’. This isn’t what the authorities who demonised drill wanted, but it rose regardless.

M1llionz has an echo chamber all of his own in this space, in which the grit associated with the movement meets his clever observation, conversational patter, intelligent writing and light humour, designed to entertain while teaching valuable lessons about life, the roads and growth from precarious circumstances. 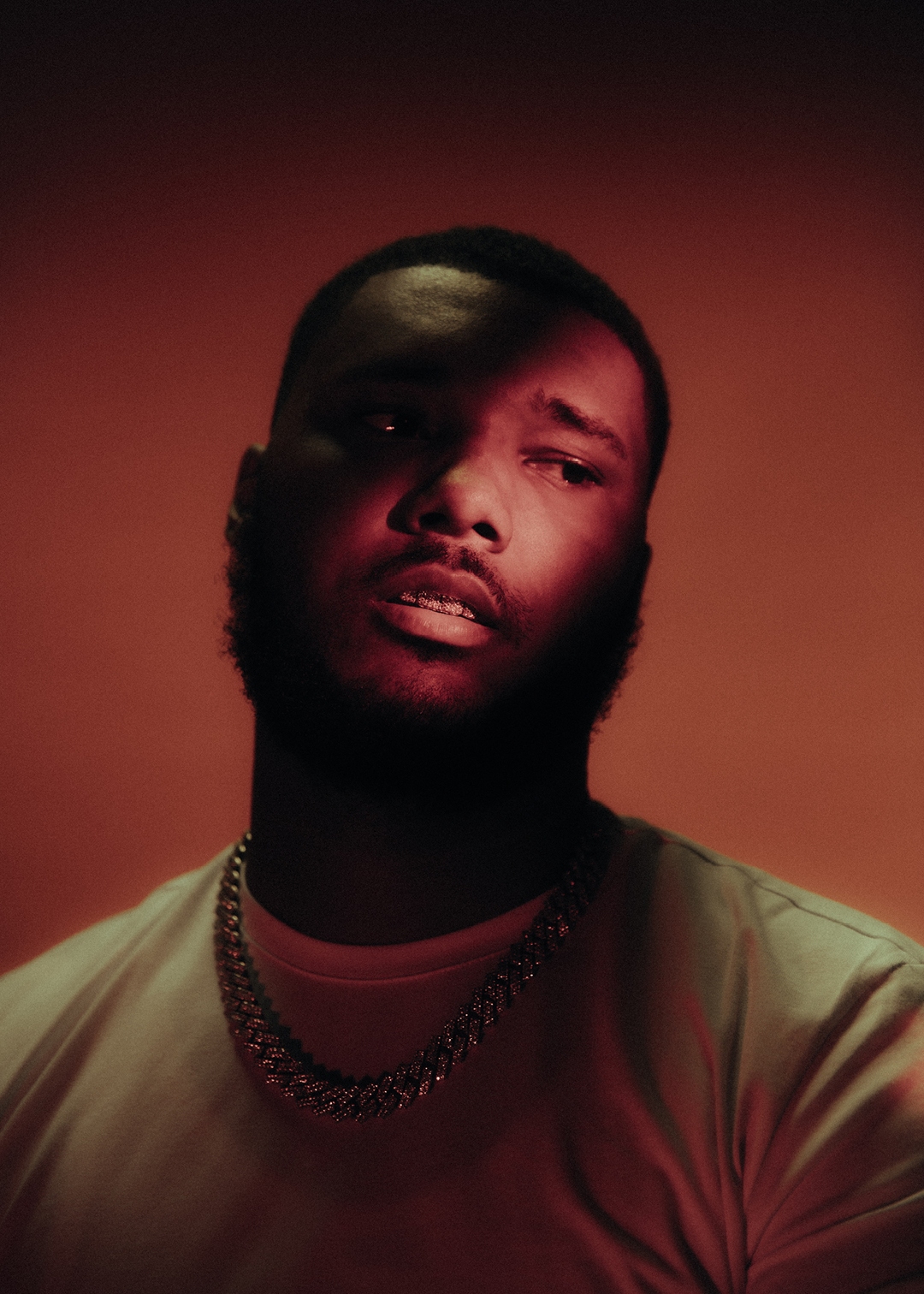 You wouldn’t think the 23-year-old only started rapping in 2019, because he raps and bends words to his will much like a veteran 10 years deep into his career. When I offer this opinion to him, he assuredly retorts: “It’s not something I really learned. If you’re naturally good at describing something you don’t have to learn how to. It’s right in front of you. If a door is white with blue edges, then it’s up to you to emphasise how blue the edges are. Everybody’s got the same paintbrush, it’s just how you paint it.”

On the 'Intro' of his debut project ‘Provisional Licence’, released earlier this year to widespread praise, M1llionz is reflective, seemingly boxing himself into a way of life that is far from positive: “They say the only two outcomes from the street life is dead or in jail, I respond the road ting's bigger than me, it's just bare gun smoke that I inhale.” Playing the cards that have been dealt to him, this ‘product of my environment’ is merely his reality, and he’s been rolling with the punches from early. “I don’t really think of any of my life being traumatic,” he says. “To be able to put it into music, you need to be able to relive some hard times, however deep it is. That’s what differentiates the rappers from the artists.” 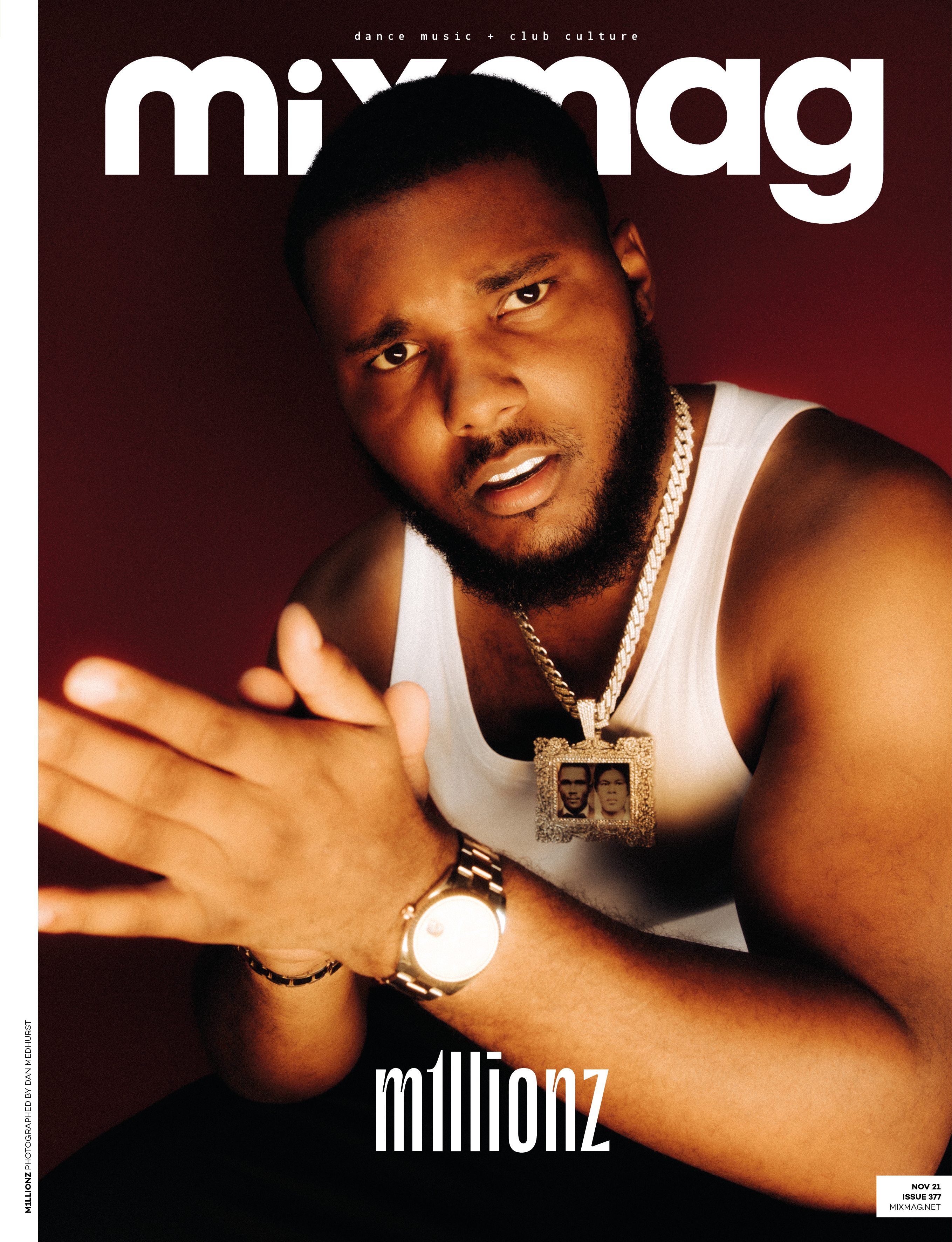 Every bar he raps feels like a news report from the trenches, with M1llionz, often playing the seasoned drug dealer, offering shining authenticity with his crystal-clear imagination of the street life. It’s a style that, when he debuted, had never been heard in the scene. “I’m just in my own lane,” he says. “I’m more saying something than the hardcore drill and everybody else. It might be the same thing that we’re saying but I’m going to make you feel like you were there at the time. If I say in my music ‘I’ve been to jail’, you’re going to know what the cell and the sink looks like, how the control pad feels, how the induction is. To the point where you think ‘rah, I could’ve been there.’”

He later raps on ‘Intro’: “I come from poverty, yeah, I needed monеy, instead of helping me, thеy sent me to prison,” a conscious indictment of life as a young Black man in the UK. From the capital city of London to the country’s second city, Birmingham, where he resides, this existence knows no geographical bounds. His story isn’t one you’ll find in a children’s book, and every element is laid out in vivid detail. From a life without his father to a bid in prison, M1llionz has overcome a lot to get here. 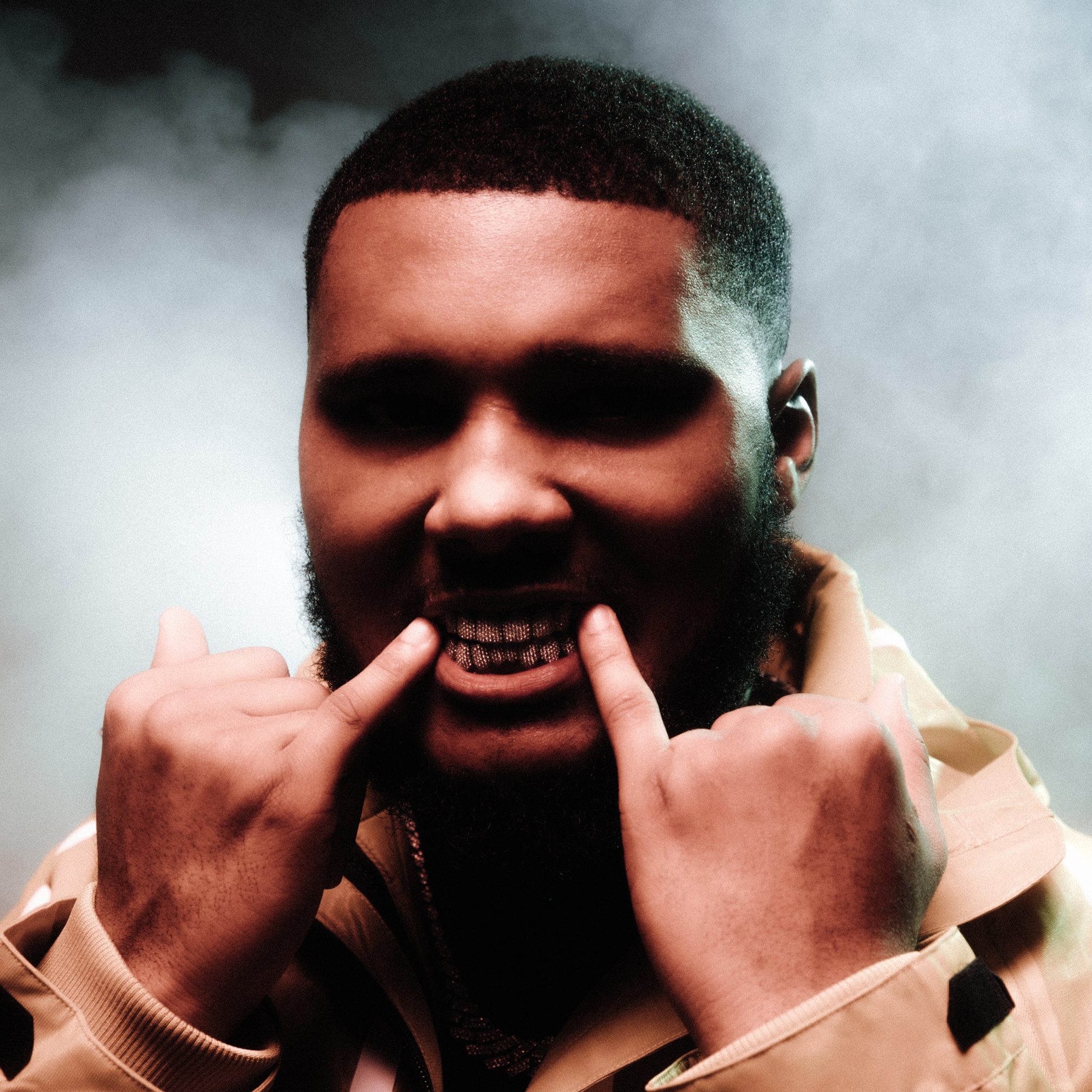 As our Zoom chat begins, he is in a calming mood – his default setting, he later tells me – rubbing his eyes, fatigued by the daily grind of being one of the most exciting artists in the UK. Its warranted, because he has grown into his own as a stalwart of UK drill since his entrance with debut track ‘North West’ in 2019. Today, he can claim a UK Top 10 debut project, partnerships with OG brands such as Clarks and two MOBO Award nominations for ‘Best Drill Act’ and ‘Video of the Year’ to his name.

Read this next: How UK producers set a new standard for drill

Born and raised in North West Birmingham, M1llionz found himself on the edges of society in major ways growing up, from being expelled from school in his final year to being imprisoned for 18 months on a drug charge. ‘Jail Brain’, taken from ‘Provisional Licence’, encapsulates his anguish from behind his cell, unable to leave it for days on end and the loneliness that can ensue. When he spits, “You ever been ghost on a visit, paranoid thinking that everyone’s laughing,” it almost feels like a punch to the gut to compound his solemn situation. “[Jail] taught me not to get complacent because things can change at the click of a finger,” he says. “Not that you should prepare to take losses but when it happens, you keep going in your stride and hopefully it won’t affect you as much.” 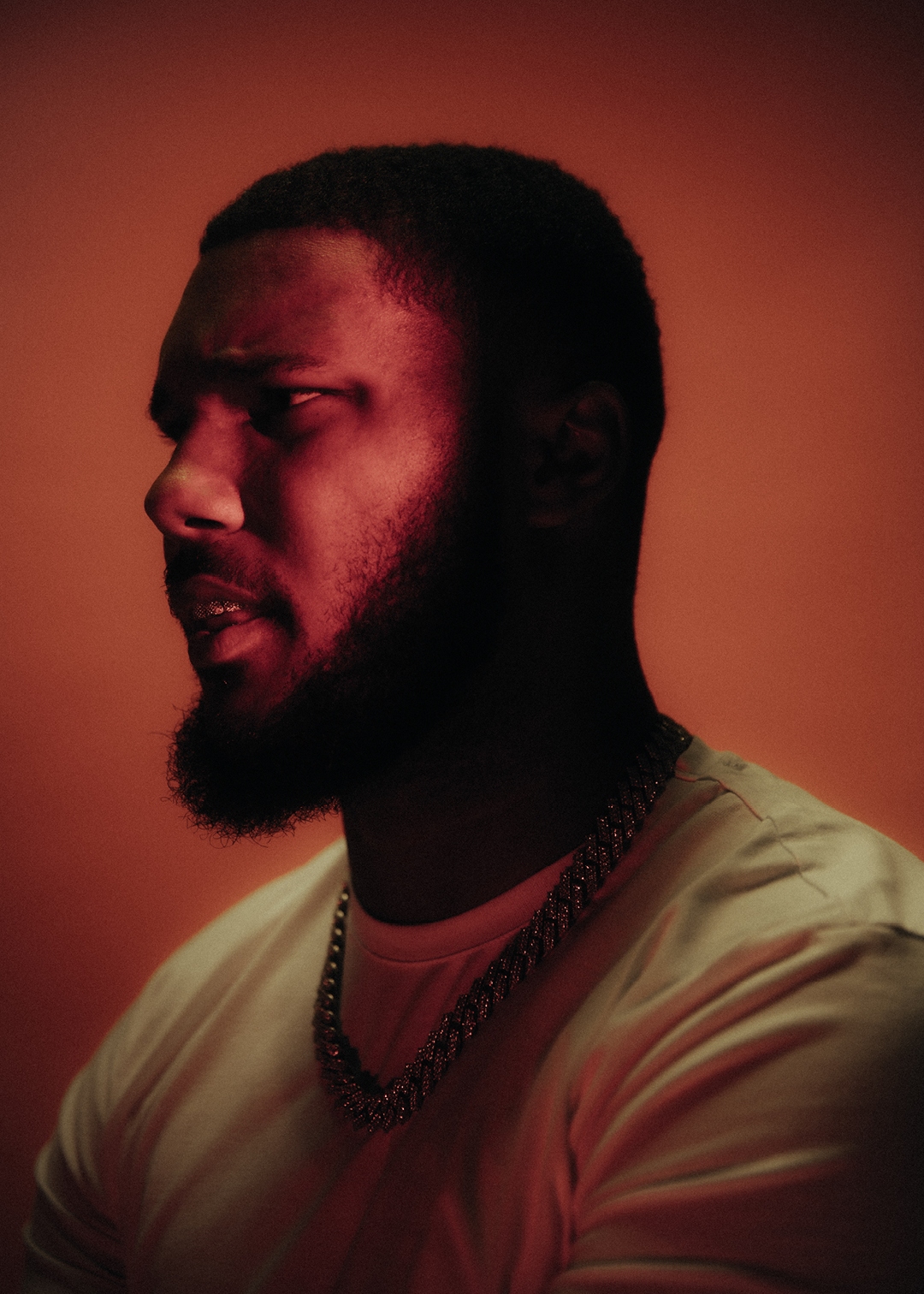 Back on the outside, rap would find him one day at the studio, compelling him to record, with the resulting song catching fire in his group chat, giving him the confidence to fully pursue music. A wave of creativity has followed with a string of addictive singles that marked M1llionz as one to watch, including ‘B1llionz,’ ‘Lagga,’ ‘Badnis’ and ‘How Many Times,’ each with their own take on the drill sound via meshes with UK garage, funky and Afroswing.

Signed to independent Birmingham-based label and management company Ten Percent Music, he has positioned himself as their star attraction and hit factory, notching up notable collaborations with Headie One, AJ Tracey, SL, Pa Salieu and, more recently, American drill pioneer G Herbo. All the signs will indicate the journey is working but, in a moment of transparency, he admits to having days in which he doubted his grind and how far he could take it. “That’s what I thought at the start,” he reflects. “I still think that sometimes, that second guessing when you release a tune and it doesn’t do as well as you thought. But in the back of my mind, I know that one day, it’s gonna work and that’s what keeps me going.”

Keeping going has proven fruitful. The long-awaited ‘Provisional Licence’ sees M1llionz blossoming to display real artistic intent. Thematically grounded by a car journey up the motorway with a woman and a suspicious package, pivoted by a run-in with the law, the tape is segmented by some of the most thrilling music the UK has seen this year.

Read this next: “It's in my blood to build”: Why Pa Salieu is in his own lane in the UK music scene

Balance is key in his world; for every gun-slinging, block spinning anthem like ‘Badnis’ is a light-hearted ode to the trap in ‘Bando Spot’ - an interpolation of the legendary 50 Cent’s 2005 smash ‘Candy Shop’ - or his best Michael Jackson impression in ‘Mobbin’, his comedic chops shining even in the midst of gang business. Even the patches of patois interspersed throughout, to reinforce his fierce Jamaican pride, add an air of unpredictability to proceedings. 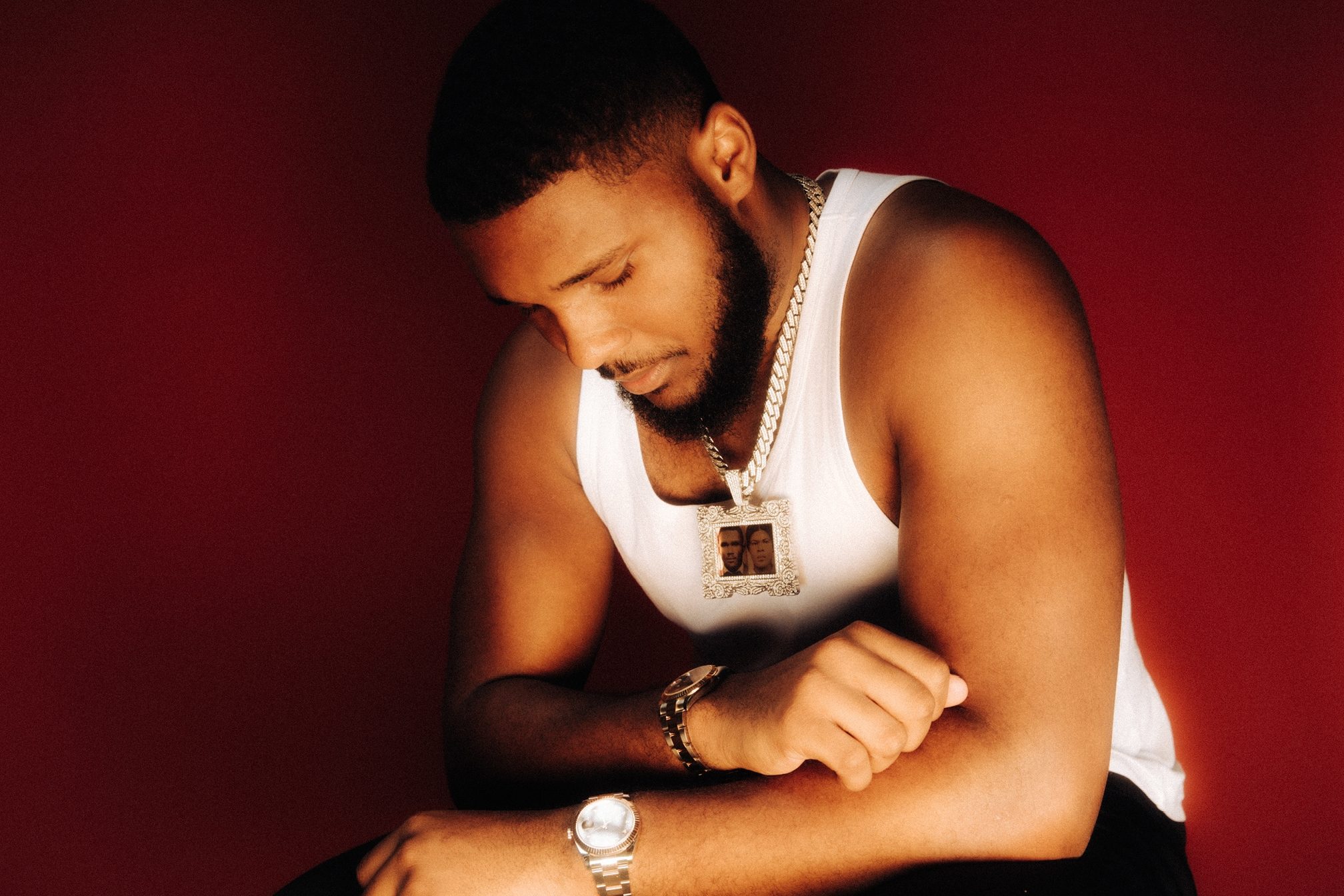 M1llionz also opens up, lamenting the loss that comes with life on the roads. The project’s final track, ‘Hometown’, is heart-wrenching in its detail of losing friends to death, eating jail food and the downward spiral of the roads as a replacement for more legitimate dreams of making something of yourself: “I never had no money for a train, couldn't go football, mummy couldn't afford it.”

He credits this openness to wanting to reveal another layer of himself. “I wanted to show a bit more depth [than on the singles], more of a storyline and narrative,” he says. “The tape was laid out this way for a reason and a purpose, to tell you more of a story about me as a person. It’s all good and well to have singles that are doing good on the streets or whatever, but then when you do a body of work it’s completely different; people want to hear different things. I learnt a lot about why things are where they are on a tape. Everything is vital.” 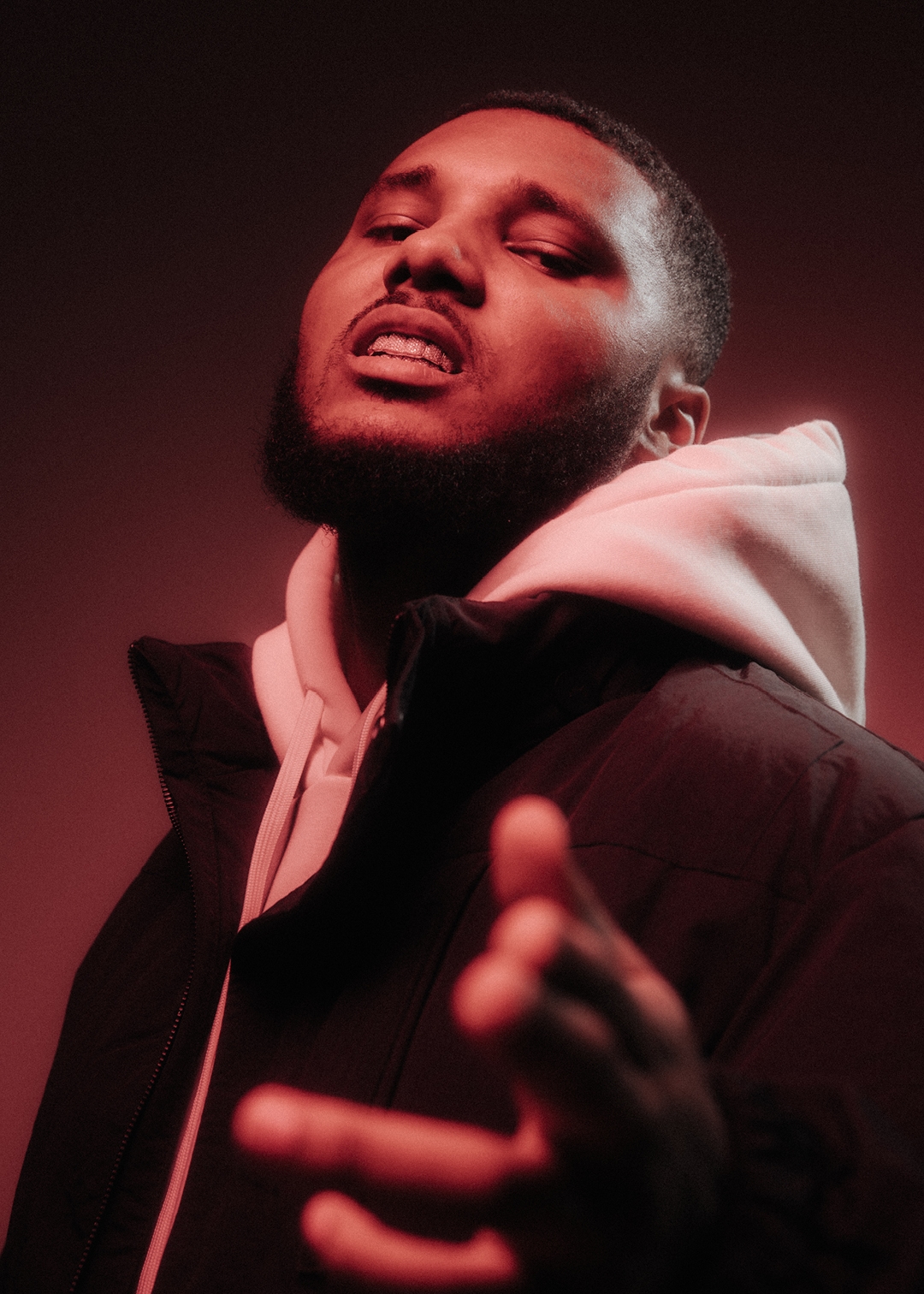 Now seeing upward mobility, music is fast becoming an avenue for M1llionz to affect real change for those around him. While taking advantage of music’s transformative effect on his life, M1llionz remains humble and driven to become a legend, ordained by his will to survive and the faith of his city. “There’s rappers in Brum now that are only doing it because of me,” he declares, the vindication that through him, others can eat. This resolve goes beyond his hometown; he recently travelled to Ghana to work with and donate food and toys to orphaned children. “I’m just trying to be a leader and bring my people in,” he explains. “Get my family patterned and put all of my friends on, help other people. I don’t want much else.”

As his audience grows, his messages will continue to endear and inspire and if you ask him, his train to greatness is right on schedule. “My time hasn’t come yet but I’m going to be the best in the game, definitely,” he remarks. “I’m headed to the top. I don’t know what it’s going to look like, but I’ll face that when I get there.”