We're surveying 2017 across a series of features. Here we explore the sound of UK drill music

The urban sound of London has long since evolved beyond grime’s frantic claps and gliding squarewaves. The sound of UK Drill truly dominated the streets of the inner city in 2017 – and as every music historian knows, whatever’s big in the inner city is usually only a few years away from being big everywhere.

Drill occupies a space that grime once did; it’s an MC-led mutation of US hip hop that’s predominantly (but not exclusively) made by working class black teens. It’s full of slang designed to be impenetrable to outsiders, it’s packed with violent imagery and gang terminology, it can turn a rave into a mosh pit in seconds, and the police hate it.

The sound first came from America around five years ago, with nihilistic Chicago rappers such as Chief Keef picking up a cult following in London for cold hearted lyrics delivered over 60–70 bpm beats crafted from chest-boxing 808s and murky snare hits. When America passed on from its fleeting mainstream flirtation with the sound, a bunch of crews in South and East London ran with it, introducing the faster, ticking percussion of grime to the menacing slow paced beats, and adding urgency with the naturally kinetic flows of British MCing. 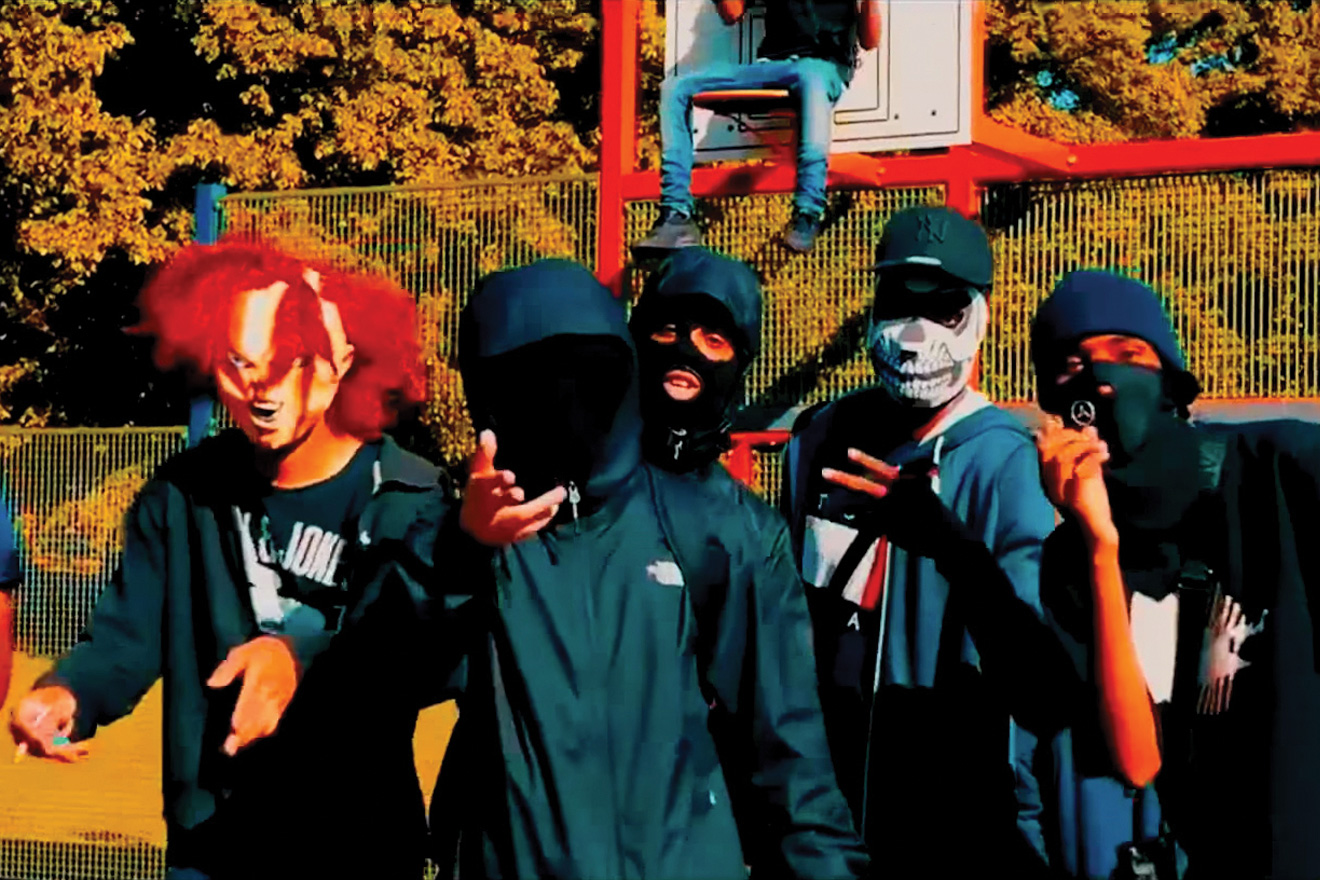 Now there is a flourishing, and almost entirely self-contained scene. Multiple crews have sprung up with anonymous un-Googleable names based on their area codes – 67, 410, 150, 814, 1011 have all released wildly popular homemade videos on YouTube over the last year, generally using one of the handful of channels dedicated to the scene (with Link Up TV, Press Play and GRM Daily having the biggest subscriber base). The scene thrives on immediacy; a song can be recorded on Monday, shot and edited by Wednesday, uploaded by Thursday and hit over 100,000 views by the weekend.

67 have had the most visible success, and have that most 2017 of awards, a co-sign from Drake to their name. Elsewhere the crews – often nebulous groups with rotating memberships – are being distilled into more recognisable stars. Skendo & AM have emerged from 410, and Loski is making waves outside of fan favourites Harlem Spartans. ‘Proper’ singles are edging onto Spotify and it seems certain that next year drill will start picking up more mainstream attention. But with the sound actively discriminated against by hostile police forces (and many of the artists walking a very thin line between rapping about hood life and living hood life), it’ll probably take the decade or so grime did before you can expect any live shows coming to a town near you…

This feature is taken from the January issue of Mixmag