Sebastian Devaud, aka Agoria, should probably look more worried. The last-minute change of location for the video shoot for ‘Call Of The Wild’, a hip hop-infused single from his upcoming record, ‘Drift’, had to change location at the last minute, from the Eagle Rock area of north-east LA to Anaheim, a 54km trek that can take as little as 50 minutes or as long as two hours. The risk that he could miss his flight back to Paris would have most traffic-paranoid locals in a state of near panic.

But nestled comfortably on a couch under a black-and-white framed portrait of Robert Downey Jr, in an open-air restaurant hidden in the back of the Sunset Marquis hotel, Devaud smiles and shrugs, enjoying the hotel’s idyllic surroundings (and a fairly substantial glass of Pinot Noir) and beaming about seeing Lady Gaga the day before. The DJ/composer/producer’s eyes light up when he recalls the previous few days’ work. Pulling out his iPhone, he proudly scrolls through photos from from the shoot. Sporting thin-rimmed gold glasses, an all-black ensemble including a sweatshirt with an Undercover Astronautical Agency logo and white-and-green Adidas trainers, there’s something of the hip academic about the 43-year-old – apt, given his deep interest in artificial intelligence and the space program. Sipping from his wine glass and putting his feet up on a nearby coffee table, his eyes get bigger and his gestures more animated as he describes the changes that have occurred in recent years – especially the personal and professional tribulations that could have derailed his career.

Though his early work can be found on countless ‘French Touch’ compilations, Devaud was never part of that scene.
A proud citizen of Lyon who came up through the city’s rave scene (at one point he breaks into local team Olympique’s anthem “Qui ne saute pas n’est pas Lyonnais!”), he was more inspired by Detroit techno than the filter house and disco samples of what he describes as “a brand that focused on the image of Parisian artists.”

“I wasn’t part of that crew for geographic reasons,” he says. “Also, I was artistically closer to the Detroit sound than the electro, distorted French sound of that time.

“I started to organise parties with my collective, Bande Sonore, in 1994, organising raves in all kind of locations, from warehouse to virgin fields. I had various troubles with the authorities to make it happen, and that forged my spirit and soul. I was a militant, a fighter; we made things happen at a time nothing was possible. [Even now] I always believe in the fact everything is possible if you truly want it.”

At first, tracks like Inner City’s ‘Good Life’ were what stood out to him. But when he saw Jeff Mills do a DJ set in Lyon, techno became his passion. Devaud released a few 12”s on his own and then on Pias Records, before his debut album, ‘Blossom’, in 2003. His stage name comes from the Greek word ‘agora’ (meeting place’), the name he and his friends gave to their parties and gatherings around his DJ sets. 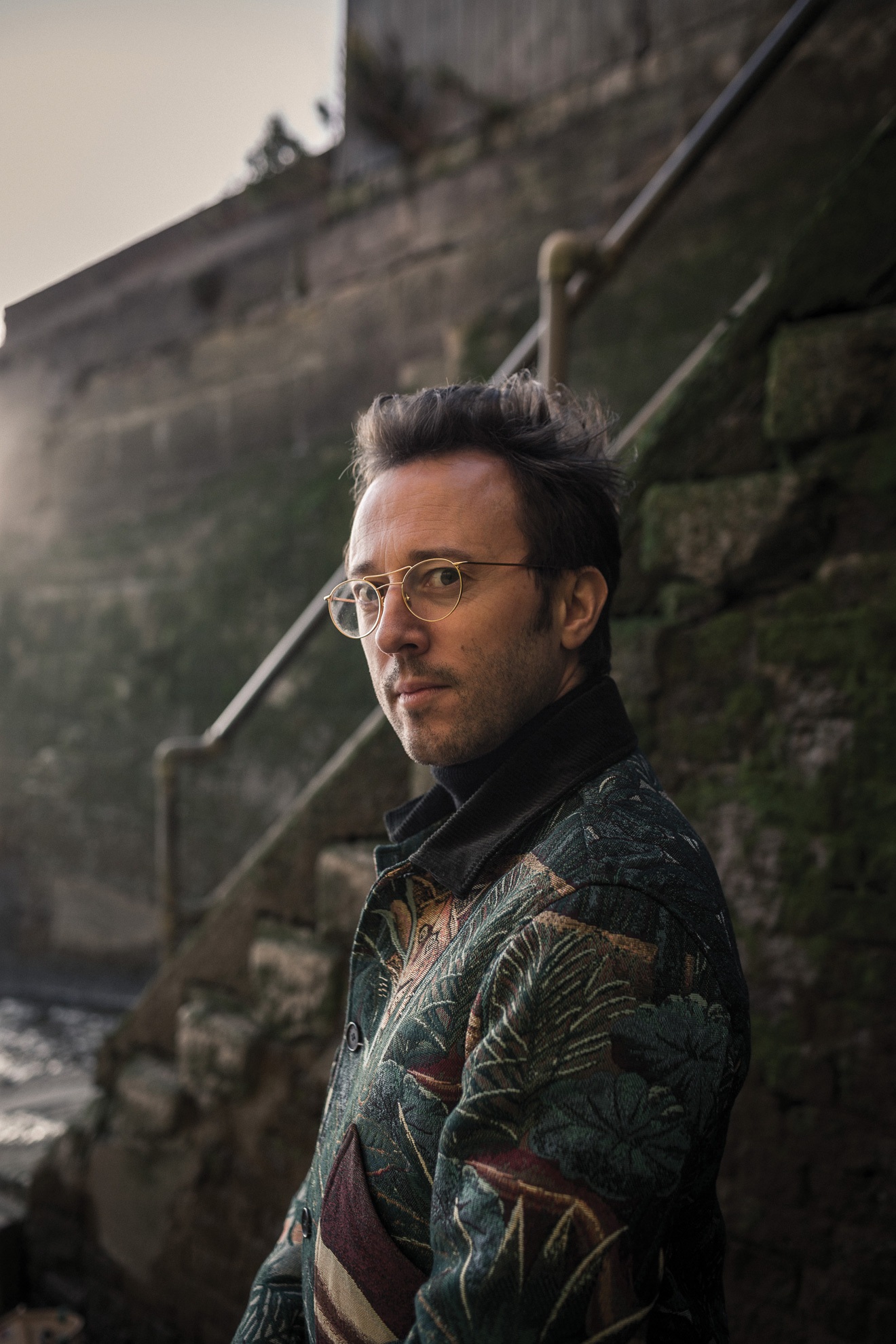 Devaud is known as much for his entrepreneurial spirit as for his own music. He discovered the pianist Francesco Tristano, known for incredible piano versions of house and techno classics, and started the French record label Infiné with Alexandre Cazac and Yannick Matray. He’s also one of the founders of the biggest event in Lyon’s club calendar, Les Nuits Sonores. The multi-day, multi-venue Lyon festival started in 2003, having grown out of a conversation about techno with friends at Devaud’s kitchen table.


“I wrote the whole vision and development of the festival in my kitchen,” he recalls. “Most of all, I gave the ‘spirit guidelines’: deciding the dispatch of days and nights events, the ‘free day’, the involvement of the local scene, how I wanted the festival to happen in all kind of places. I wanted it to be defended by the whole city, from the mayor to any bar manager, from the city hall to the dirty warehouse.”

He also booked talent during his 10 years with the festival. Once things became more settled and Les Nuits Sonores more prominent, he stepped away from it, in 2013. “My purpose had never been to own a festival or to be a booker,” he says. “I guess I’m closer to an architect. Would an architect keep living in any building he built? I also thought a festival needs to refresh the team each generation with new kids. Not as trainees, but as real managers.”

LIGHT IN THE DARK

Though techno has been the foundation of his sound since those early, pre-2000 releases, Devaud has always been interested in other genres. But it was a personal crisis that proved the spur for him to broaden his pallette. In 2014, three years after the release of his fourth album, ‘Impermanence’, his life was in tumult.

Living in Milan, a divorce from his then-wife forced a sudden move back to Paris. There, he decided to finish the album he’d started work on in Italy. But he didn’t back up his sessions (“No artist does,” he says) and after a technological meltdown, all his work was gone. After trying everything he could to try to recover it, including summoning a friend at 2AM, Devaud finally accepted the loss of years of work – and decided to turn it into an opportunity. “I saw it as a chance,” he says. “When you have a totally erased moment, you have the opportunity for a clean start – despite how painful it may have been at the time, when I was desperate.” He’s spent the better part of the years since creating what would become ‘Drift’, 40 album-worthy tracks that vastly differed from one another. “I went from very sad to the experience of being in a box, shaking that box and seeing what comes [out of] it,” he says. “When I left the studio, I was super happy about the music. I was very happy about [the whole] process, and that was the best moment of this.” 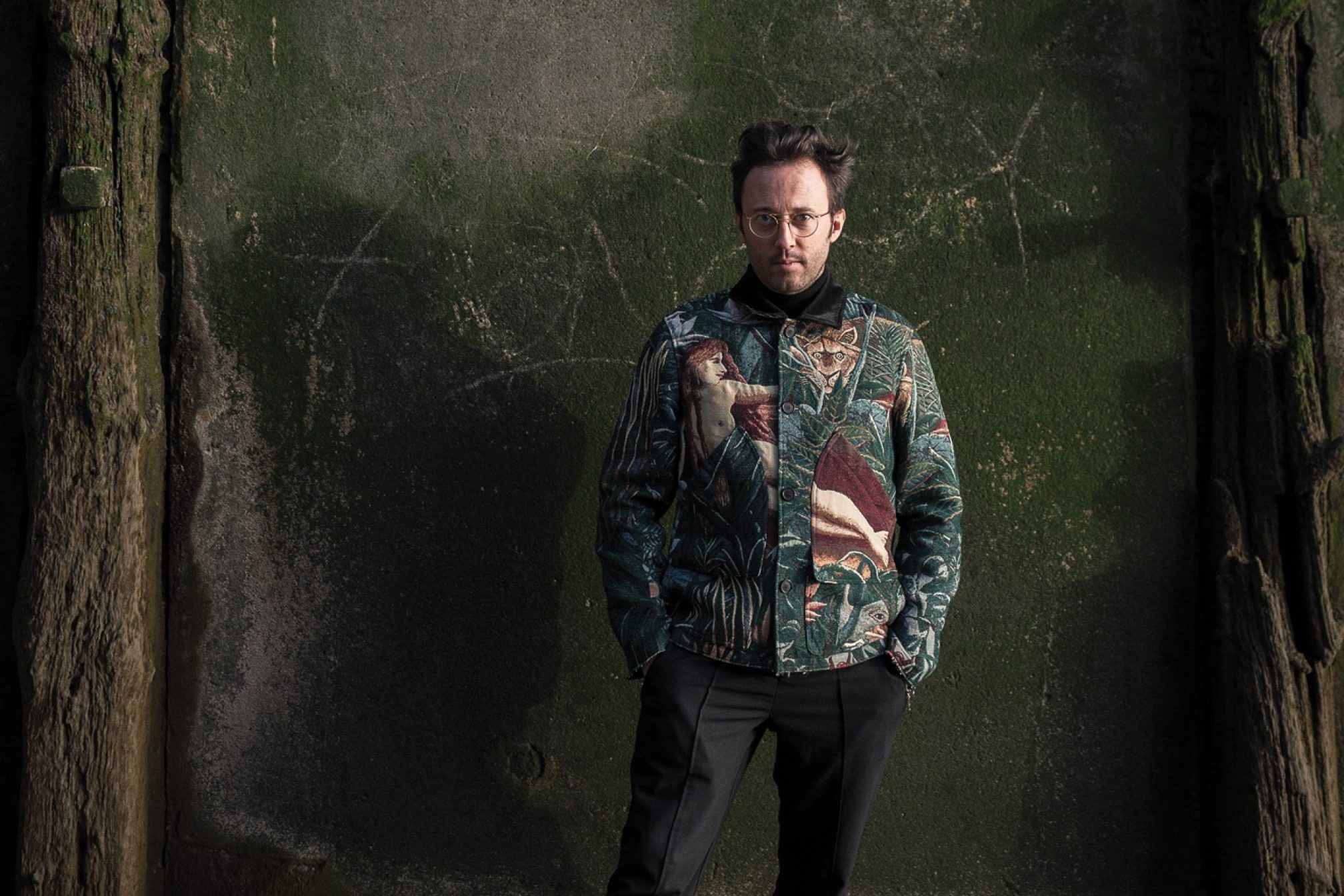 Unlike his previous work, ‘Drift’ twists, turns, and drifts fluidly through various genres. Retaining the same melodic DNA of his earlier material, he’s embraced a bolder, wider sound. The same goes for the collaborative nature of this record. “Sometimes I’m a bit bored of being alone in the studio,” he admits. “The loneliness of an artist touring... sometimes you need to hang out and see people. This time, I did things with other artists, which I think was better than just being with my computer. You still have to go through the process of production, because I still produce better when I’m alone. But in terms of creation, it’s been amazing to be with other artists because of the challenges, and improvising.”


It’s a departure that’s surprised even the friends he’s played the tracks to: Devaud says many were hesitant to embrace the pronounced difference from his past work. His belief in the material, however, was strong enough to brush doubt or skepticism away. In fact, Devaud sees failure to progress artistically as a potential death knell. “It’s scary to see that the music I was listening to twenty years has not evolved that much,” he says. “The thing is, I need to be attuned to myself to keep me interested in playing records and making electronic music. Some artists [make] the same record in one niche, and do the same thing all the time. It’s fine, but for me, I couldn’t. Most of the time, people try to define themselves by one genre since it’s easier to simplify who you are. But it’s dangerous to do the same thing over and over. My DNA is very different, and I like stepping out of this comfort [zone] and doing what’s not supposed to fit together, because that’s a challenge.”


Devaud decided to take the music out for a test drive last year, and 2018 was the first time where he performed a proper live set at a big event – specifically Barcelona’s Sónar, where he closed a day at SonarHall. In the run-up to that performance he tested his set at other events, though a Spinal Tap-style experience at the III Points festival led him to wonder whether performing an ambitious live set was really a good idea. 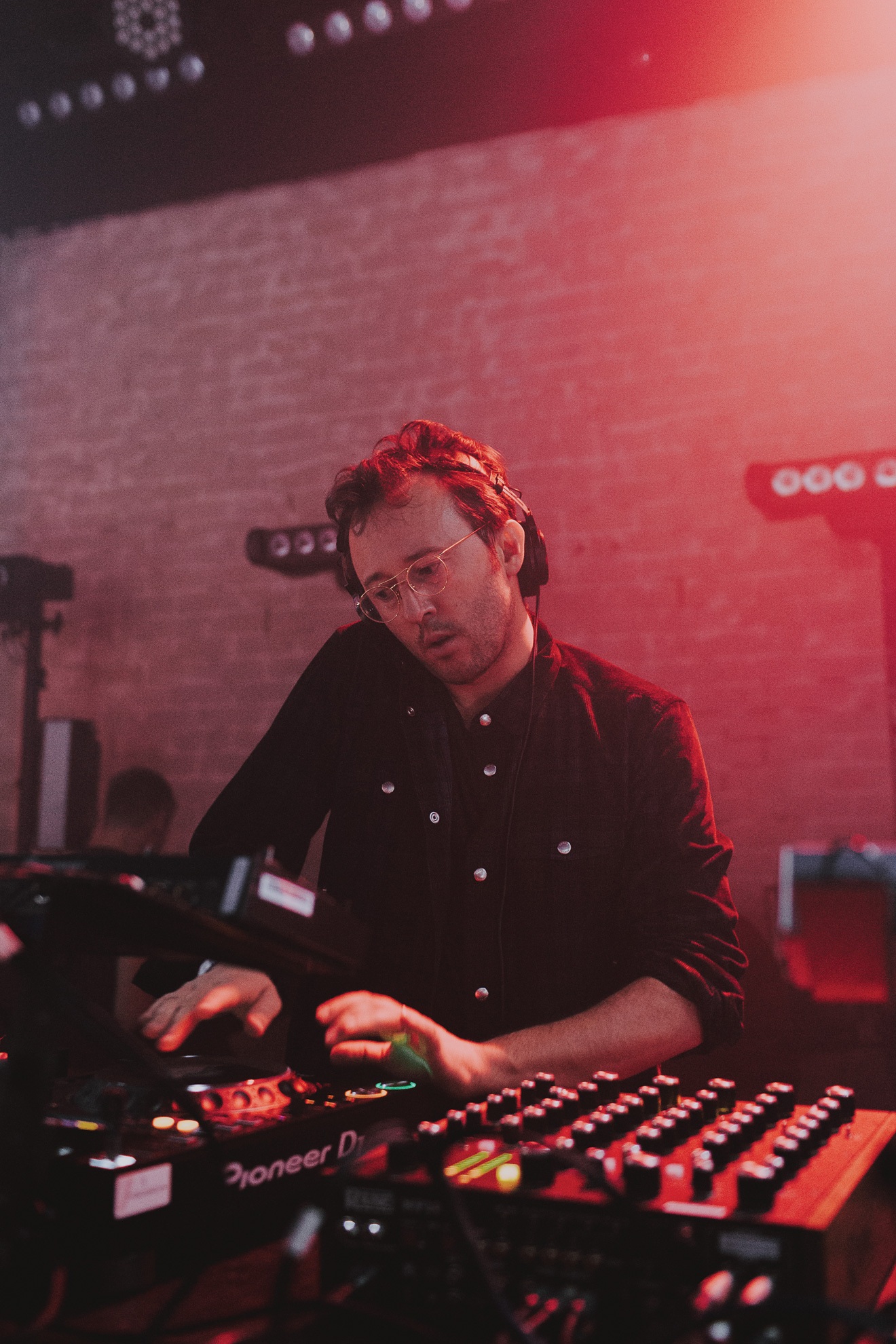 “I was not secure at all, I was fucking stressed,” he admits. “The III Points festival was a [personal] disaster. My lights guy missed his train, the sound was terrible. We had so many struggles with that set and I was desperate. Let’s just say that going into Sónar I was not very confident.” Once he hit the stage in Barcelona, though, things vastly improved. The set, which included a mesmerising space-themed backdrop (Devaud was also part of Sónar’s project with NASA to transmit music into outer space), was one of the most memorable of the weekend. It was also the first time he’d played many of the tracks from ‘Drift’ to a new audience – and they dug what they heard.

Proving that the crowd’s approval at Sónar wasn’t a fluke, the reception for ‘Drift’s first two singles, the melodic ‘You Are Not Alone’ and the luscious ‘Embrace’, have been positive – and widening his sound has also brought a wider potential audience. He’s secured a number of high-profile festival dates, including Coachella, Primavera Sound, Lowlands and Tomorrowland. Ambitious, cinematic videos (including the stunning video for ‘Embrace’, shot in Lebanon by award-winning director Jessy Moussallem using real soldiers as actors and weapons supplied by the military), and a spot on Pete Tong’s Radio 1 Essential mix (short-listed for Essential Mix of the Year) have helped, too. “Most of the time, people see mainstream records as terrible,” he says. “Which is, most of the time, true. I wanted mine to be elegant, and I think it’s the most difficult thing to achieve. Even if I’m coming from an underground scene, this is exactly the music that I wanted to do.”

In addition to composing film scores and promoting ‘Drift’ he’s enjoying life with a new girlfriend, and says he’d like to have children. Out of catastrophe has come a new lease of life, personally and creatively. “It was the best thing to happen to me,” he says. “The best thing for me was to move to Paris at the moment when I did, as it was booming. I had a chance to meet great, creative people – casting directors, other artists – and it was so much fun.” Devaud finishes his wine, glances at his phone and realises that it’s time to go. He still doesn’t look worried. Not at all.

‘Drift’ is out April 26 on Sapiens Recordings/Virgin EMI


Back from the dead: Paris's club scene has a new beating heart
An essential city guide to Paris
Agoria: Mixmag & W Amsterdam Sessions