“I’ve always lived by [the motto] ‘Less talk, more action’,” says Cinthie Christl when we meet in Berlin one December afternoon. And in a city more powered by hedonism than any other in Europe, her accomplishments certainly back that up. “Here, when you make an appointment you don’t really turn up,” she laughs. “At the club, people are always talking – ‘We should do this, we should collaborate’. But the next day I’ll call them, and they’ll be like, ‘Oh this is too fast!’”

Sporting a black sweatshirt bearing the logo of Crystal Grooves, one of her many record labels, we meet among the white Ikea shelves of Elevate Records. Opened last year with her Beste Modus label mates, it’s one of a few spots in the city integral to Cinthie’s career trajectory. Others include the studio just to the North that she renovated, taking tips from techno luminaries like Ben Klock and Rødhåd, and Watergate, the club where she had a weekly residency for four years until last October.

As well as having a hand in running five labels, a record shop and studio, the 38-year-old is a prolific producer and has played gigs in cities like Paris, Barcelona, New York and Stockholm nearly every weekend last year. Both in business and in her productions, she relies on a gut-level intuition. “If I have a good feeling about a project, and I believe in it, I’ll just do it,” she says, standing below images of Korg synths and a Roland 303 superimposed on chequered backgrounds by photographer Kat Jarude. And it’s those instincts that led her to launch Elevate and to start the vinyl label Beste Modus with Diego Krause, Stevn.aint.leavn, Ed Herbst and Albert Vogt after meeting in 2012. It’s also what drives her propulsive and heartfelt old-skool house grooves, both in the studio and behind the decks.

Although she was born in this district, Cinthie’s family moved to Saarbrücken (a city near the French border) shortly after the fall of the Berlin Wall. Her adolescent memories include travelling around Germany as a ‘rave tourist’, and learning to DJ while working at Humpty Records in her home city. “I remember spinning records in front of all the ‘cool techno dudes’ who seemed to have been spinning records for a hundred years already,” she laughs. 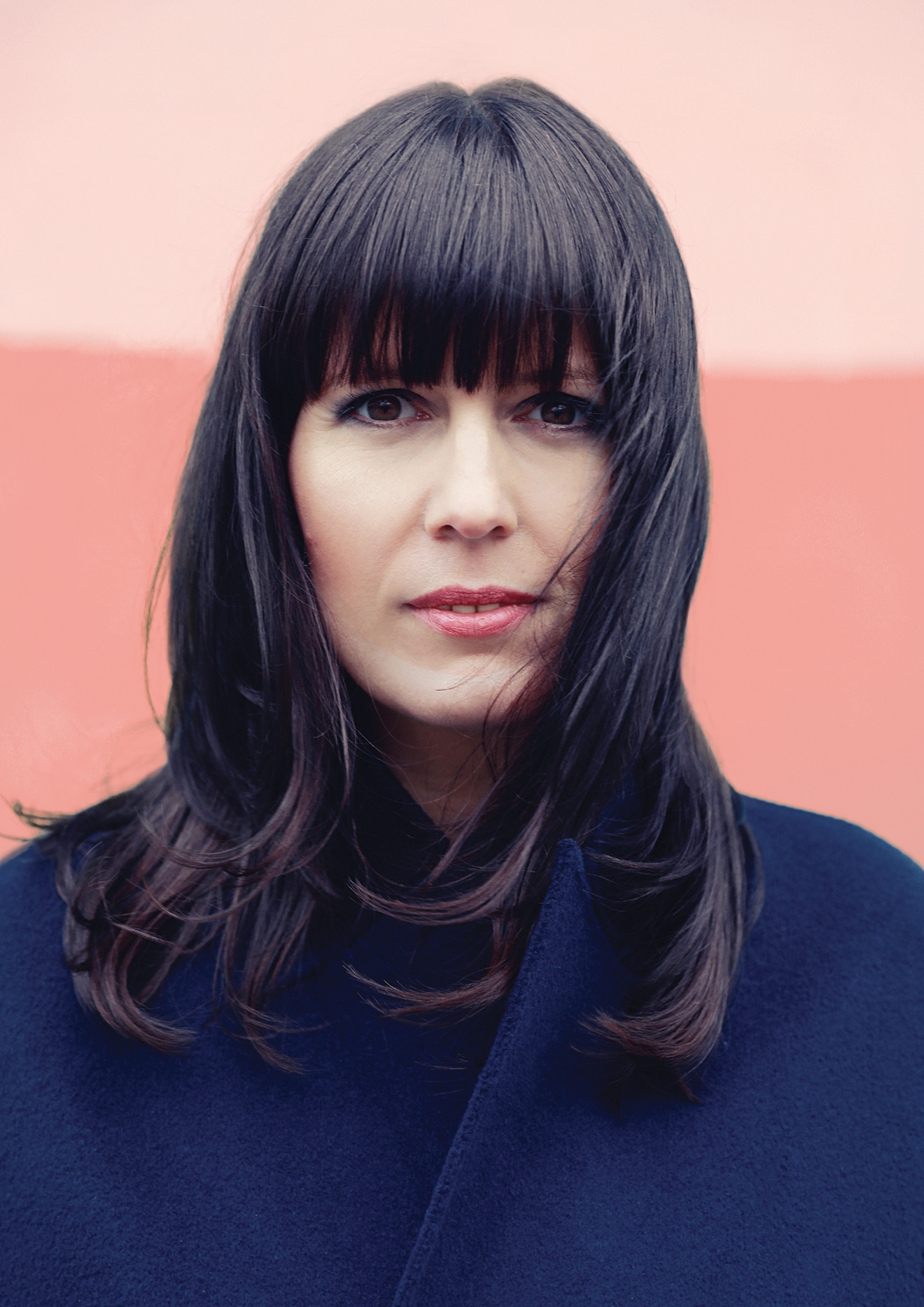 By 1997 Cinthie was a weekend resident at Flash, just outside Frankfurt. She had a regular slot playing broken beats and electro for over a year as a 16/17-year-old, until one day, the owners caught on. Tall for her age, people had always assumed she was older. “They were like, ‘Oh shit, you’re not allowed to play here until you’re 18!’ So I had to stop for three months,” she recalls.

At Flash she crossed paths with Westbam, head of the commercial techno label Low Spirit (formerly Electric Kingdom), who booked her to play with him at a New Year’s Eve party and then signed her to his label in 1999, on which she released her first series of electro singles under the moniker Vinyl Princess. Although it opened the doors to far-flung gigs in Japan and Mexico, she eventually started to feel that her taste didn’t completely gel with the label’s, as she wanted to pursue less mainstream interests. She moved back to Berlin in 2001, and left the label two years later. It wasn’t until she partnered with a punk friend and began throwing illegal parties across the city that she began to rediscover her own path.

“We had a friend who worked at a mattress shop, so we got old mattresses and put them all on the ceiling,” she says, remembering the sheer DIY ingenuity behind one particular rave in a disused coin factory. “We worked really hard for a week and made it soundproof.”

The idea to put on nights sprang from an unassuming birthday event in 2004 that quickly descended into chaos when 300 people arrived unannounced. Named Rafgier, after a 1960s German terrorist group, the site of the first event was just around the corner from where the Elevate shop is now. Taking place in venues including an abandoned power plant, a slaughterhouse, and various Berlin squats, the music was distinctive: live bands “for the metal kids” on one floor, while Cinthie played minimal house and techno on another.

Despite building a name for herself across Berlin, in 2010 her confidence faltered. She’d just given birth to her daughter, Marlene, and was nearly ready to retire from the dancefloor. But then she met the compatriots who would become her Beste Modus label mates in 2012, and they began exchanging unreleased tracks and hatching plans. “If I hadn’t met them, I think I’d just be a happy mom,” she tells us; “maybe had another kid.” 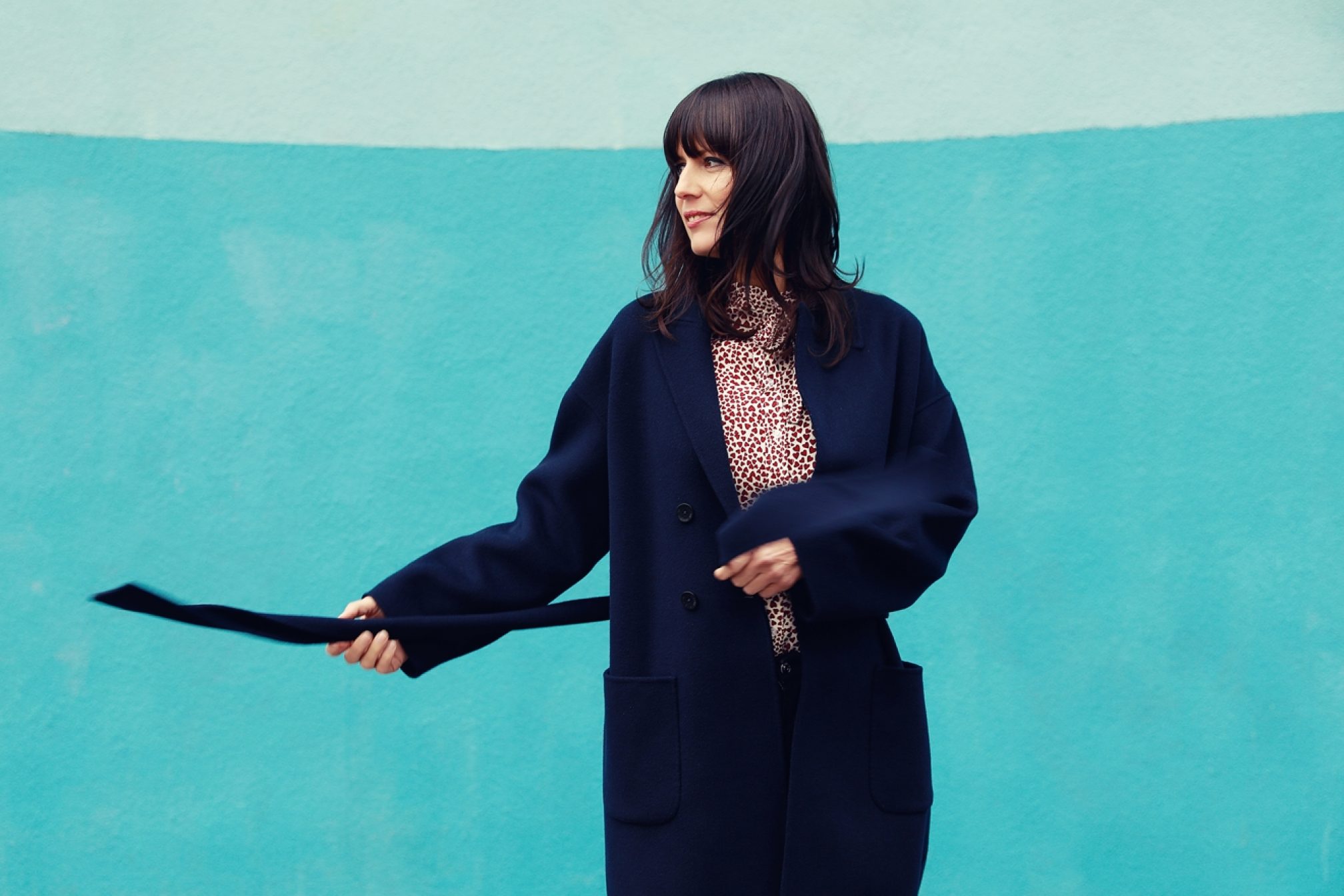 Then, in 2014, her life turned upside down. She had just made the decision to commit full-time to music when her mother, from whom Cinthie caught the record-digging bug, died unexpectedly from a heart attack at the age of 53. As her mother lay in a coma in hospital for a week, Cinthie recalls overwhelming stress wracking her own body. “I was losing loads of hair,” she says. “I tried to sleep, but every time I lay down I felt like I was going to die too.” At the same time, she was raising her daughter, who was a toddler, and dealing with a rapidly dissolving marriage. After burying her mother, she came home to find traces of her now ex-husband’s infidelity. “I felt like I was already on the floor and he was kicking me,” she says. Five years on, though, she considers the discovery a warped stroke of luck: “Finally I had a reason to split up with him,” she tells us.

Suddenly a single mum, Cinthie carried the full financial responsibility of succeeding in a notoriously capricious industry. When she confronted her fear of failure, she thought of her parents’ unfulfilled dream of holidaying in Porto Maurizio, Italy. “You never know when [life] will all be over, so you should try things at least once,” she told herself.

So Cinthie pored over Ableton video tutorials as her daughter slept, aiming to refine her production techniques, purchased new gear for her studio, and jammed with label mates. And she disregarded the naysayers who initially questioned her decision to sign on with Watergate’s agency and residency. The club still veered towards minimal in 2014, but Cinthie welcomed the challenge, asking, “Why not? It’s good to bring a fresh breeze in there.” Over her four-year tenure, she played alongside Kerri Chandler and Omar-S and invited a roster of guests to join her Wednesday ‘Cinthie Invites…’ nights.

Since forgoing the Watergate residency Cinthie’s got more time to play around the city and further afield, and tonight she jets from our interview to play Paloma Bar in Kreuzberg. The intimate, house-leaning venue looks remarkably like a high-end steam room inside, with orange and blue LED lights playing across the ceiling. In the booth the colourful tattoos on Cinthie arms (Marlene’s name and birth date, a mermaid, a message in a bottle, an anchor, a lighthouse, and a woman waving to a ship) turn into dark splotches in the dimness. As she rifles through her record bag, her brunette fringe casts shadows across her face.

Cinthie eases the crowd into classic, disco-tinged house before exploring the full light/deep continuum. She’ll fly towards 90s garage house and just as quickly coax in soulful grooves. Some punters on the floor throw their hair back, while others, like Imad Nowshari, gather at the side of the booth and survey Cinthie’s selection.

Imad’s been a regular at Cinthie’s nights for a while. He smiles as he recalls seeing her spin at Griessmuehle for the first time, in December 2017. “The tracks that Cinthie plays, the times that she plays them, the way that she plays them, is like…” he shouts over the music, unzipping his vintage Adidas windbreaker to reveal a Beste Modus T-shirt underneath. “It just feels like it’s kicking your body down!”

Cinthie is as self-possessed as ever tonight. Mid-way through her set she plays the New Jack City track ‘Gimme That Chance’ – a favourite of hers right now – and lush vocals fill the room: “It’s not easy out here trying to be a single woman, but I gotta do what I gotta do.”