The time has come, as it does annually, every March. A pilgrimage of culture leaders from music, tech, film, gaming and beyond head to Austin, Texas for the rowdy meeting of minds known as South by Southwest, more often abbreviated as SXSW or referred to as South By.

Whether you're a first-timer or a seasoned veteran, the hectic SXSW programming and party schedule can be one of the most overwhelming planning efforts of your year. In between saunters through East 6th and Rainey street, there's so much to see - sometimes, it might feel like too much. With a generous variety of genres (ranging from hip-hop to pop to electronica), industries and even formats of sessions (panels to interactive pop-ups), the Mixmag squad has narrowed down some of the must see top talks, premieres and interactive sessions across SXSW for 2019.

The world premiere of Jordan Peele's 'Us'

The anticipation for Jordan Peele's follow-up to his brilliant and shocking Academy Award-winning film debut Get Out has been building for quite some time now. The world premiere of Peele’s new movie Us will show as SXSW's Opening Night film on Friday, March 8. The movie is about an ordinary American family that are pitted against "a terrifying and uncanny opponent: doppelgängers of themselves." Watch the trailer above.

Dancing to Algorithms: How to Algorave 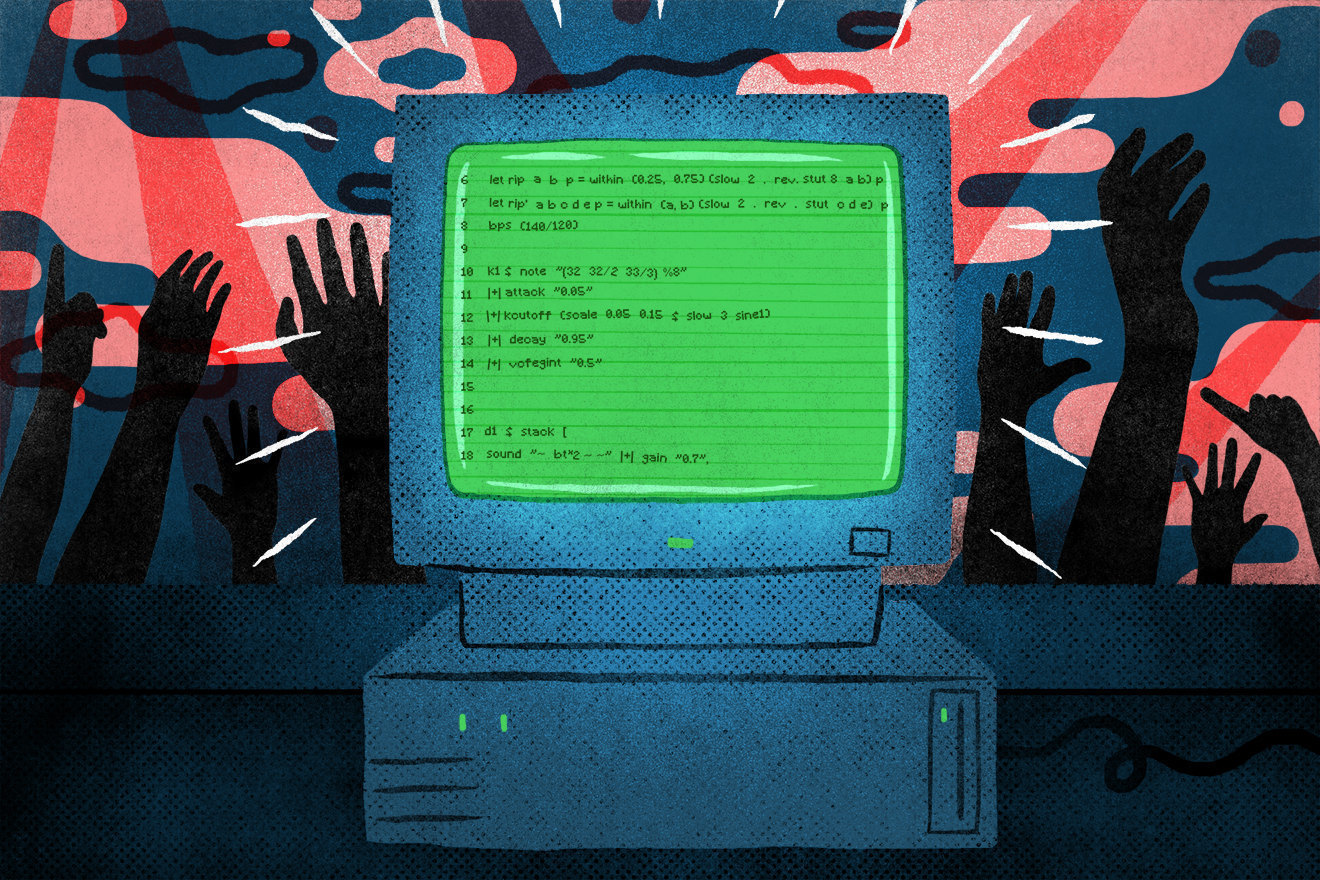 During the past 7 years a new gathering has taken place revolving around creating dance music through writing and editing algorithms. Today the trend of Algoraves continues to grow around the world, after first emerging in the UK. Discover the unique nature of this community and the sounds they showcase by linking with the leading performers. 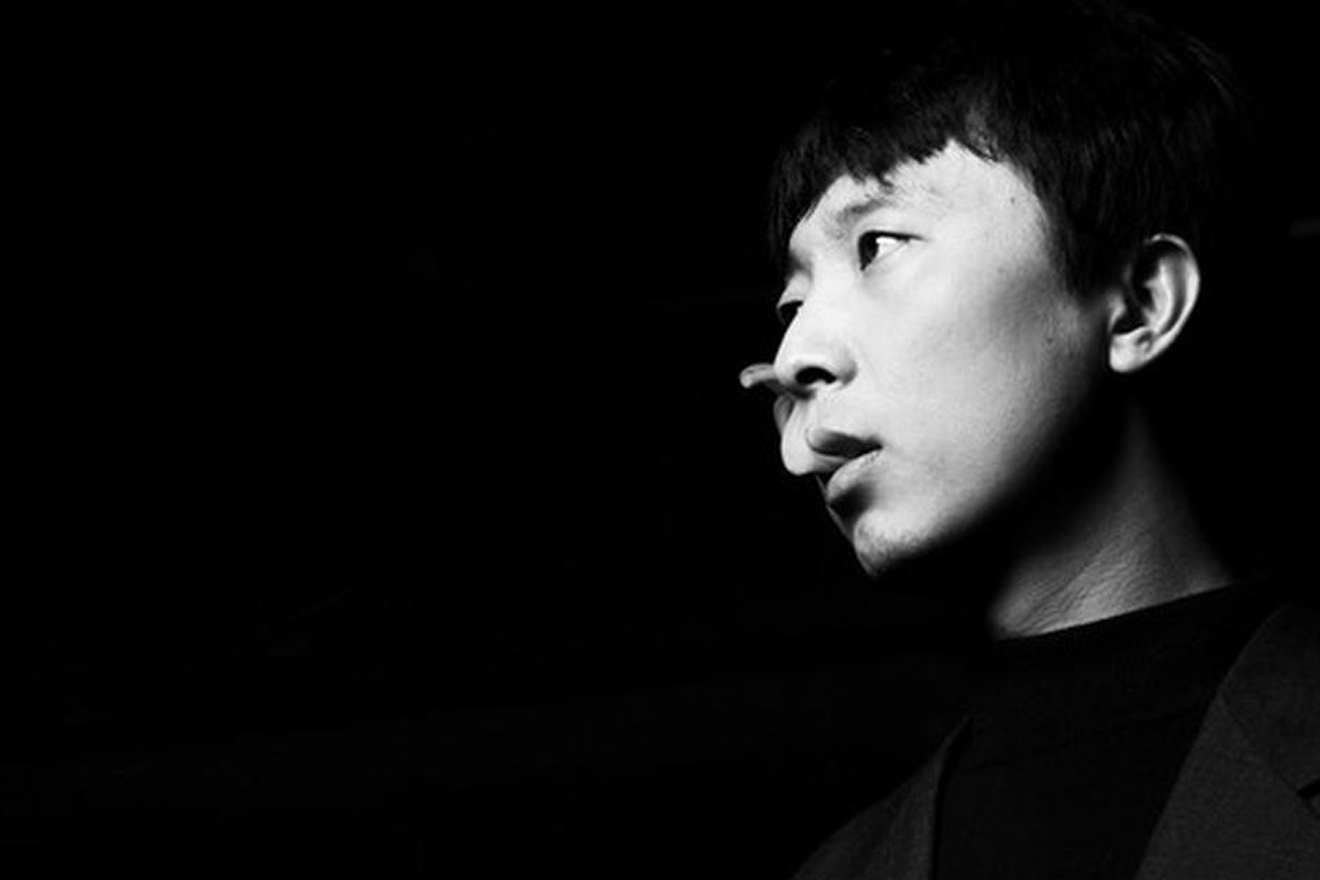 One of the most exciting techno talents to come out of China in recent memory, Shao Yanpeng aka SHAO (previously known under the alias Dead J) is bringing his colossal sound to the city of Austin. He is the first Chinese artist to be signed to the legendary Berlin imprint Tresor Records, and his unique sound design is making serious waves in the electronic music community. 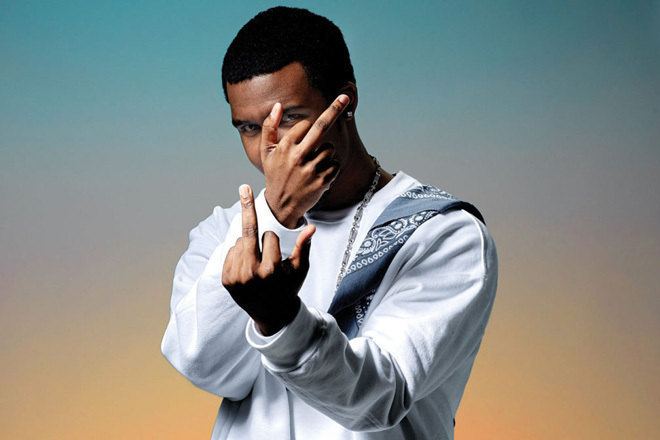 Grime sensation and former Mixmag cover star, Novelist, will grace the stage for three different showcases at the 2019 edition of SXSW. One of the UK's most respected MCs, grime's poster boy will bring a raw slice of British lyricism to the city of Austin - a rare but noteworthy occurrence indeed. 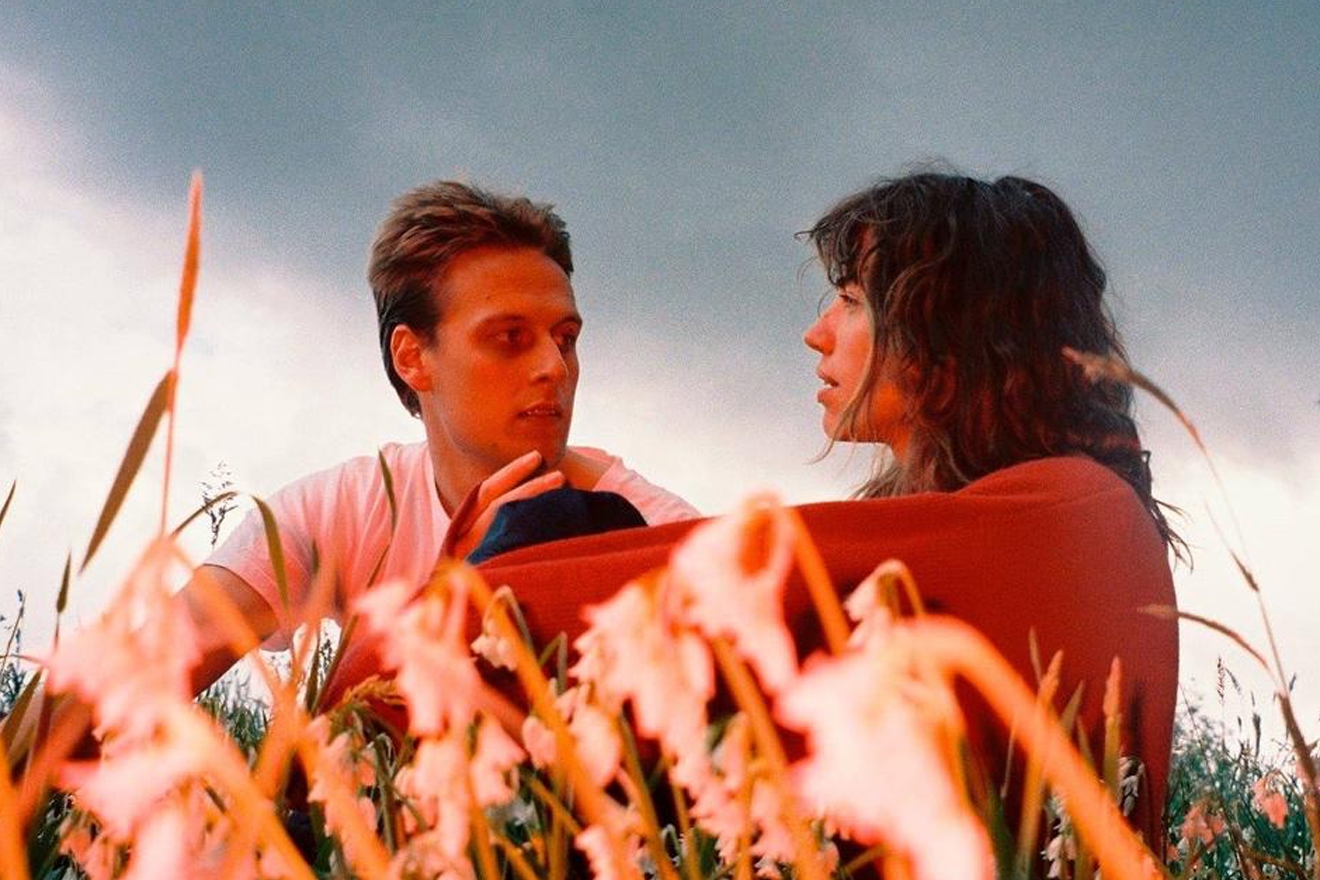 Melbourne-based duo Two People, who released their intimate and touching debut album 'First Body' back in January via Terrible Records, make their first trip to the US to play four shows at the 2019 edition of SXSW Conference. A new and promising pairing that puts one in mind of groups like Darkside or Weval, check out their breathtaking sound here. 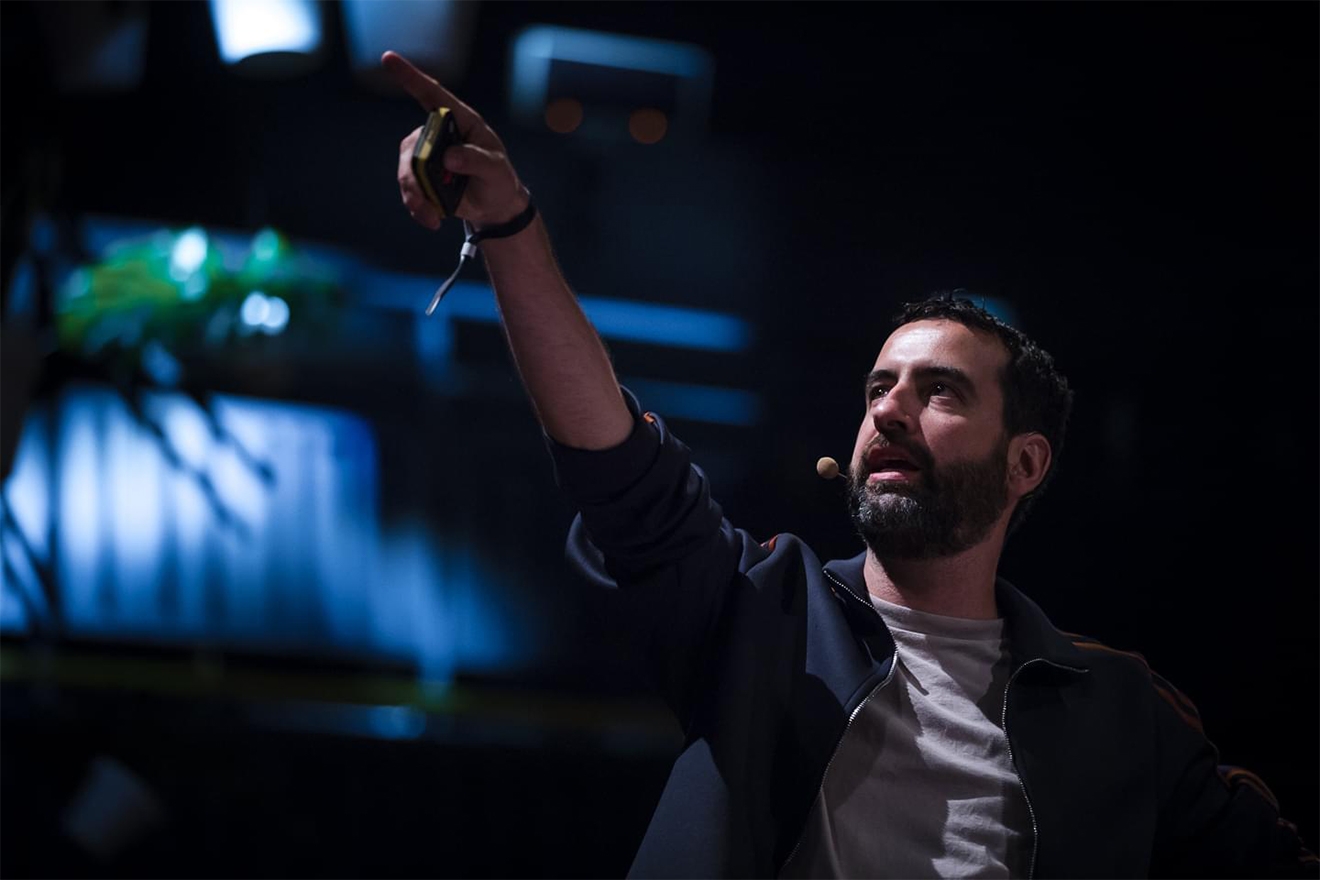 Join Amsterdam's beloved Night Mayor, Mirik Milan, and a whole host of other panelists as they discuss how global cities improve life after dark. Milan and others will discuss how city governments, urban planners and designers, nighttime businesses, performers and communities can work together to create a sustainable, innovative and safe nightlife economies in cities across Europe and the US. 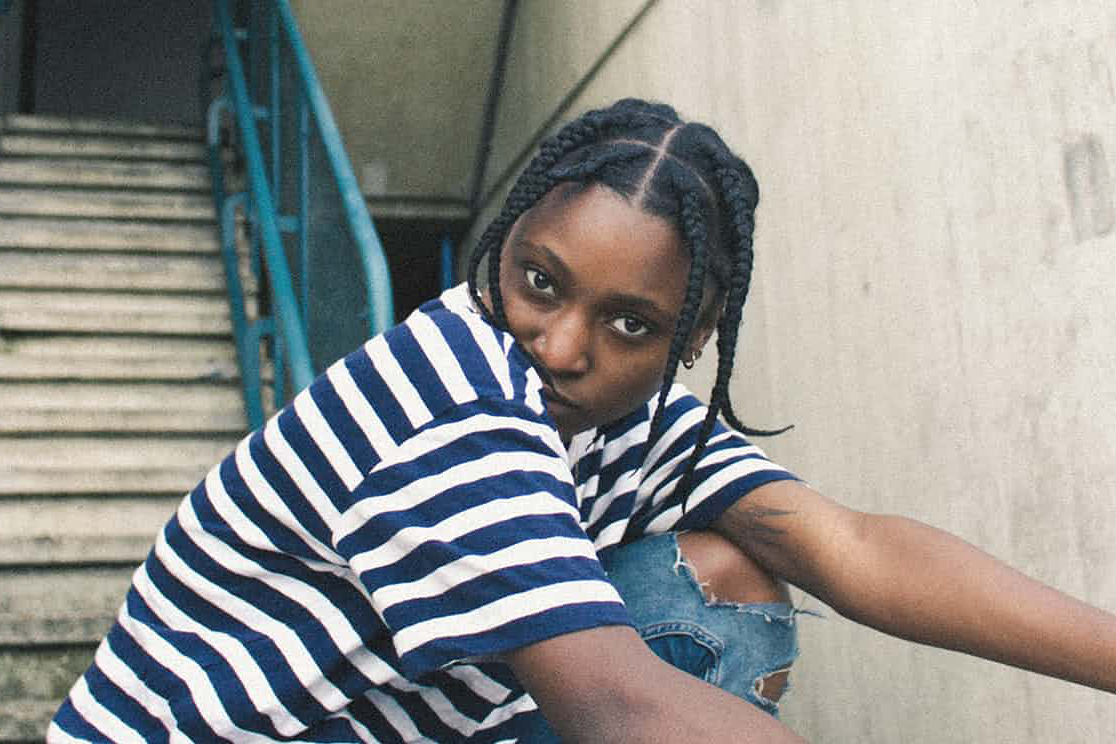 Tearing up the rap game rule book, Flohio’s effortless sound and flow references traits from across the electronic music scene. Working with the likes of God Colony, L-Vis 1990 and ‘Watchout’ producer HLMNSRA, the South London artist has established herself as a significant force in the UK game. 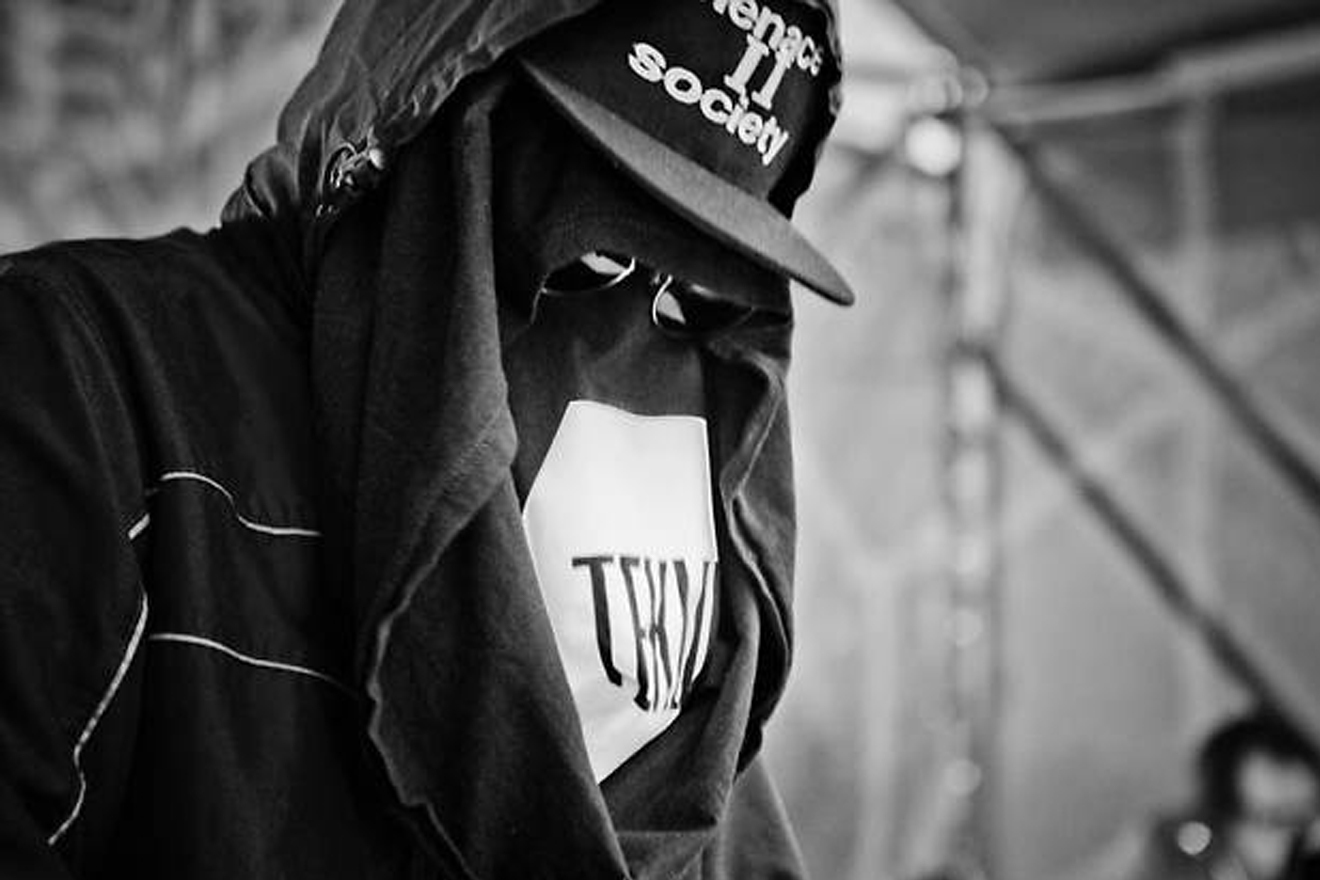 Teklife affiliate DJ Paypal is one of the leading artists pushing the footwork sound into the future. Today he's ushering in new fusions with the rapid paced genre, from his soul and disco work with LuckyMe to the emotive synth work on hiw own label Mall Music Inc. 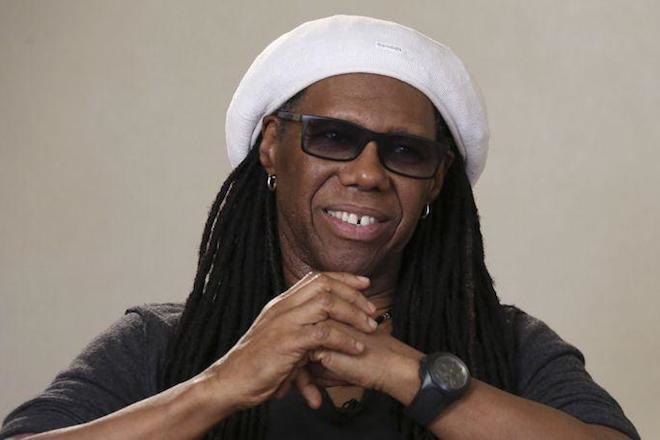 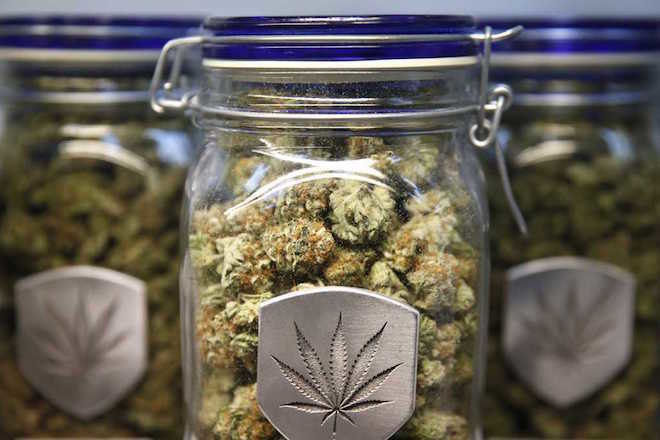 The legalization of cannabis continues to spread throughout the US. Now new partnerships are being made between the cannabis and music industries that are providing what the cannabis industry might look like in the future. This panel will dive deep into how these partnerships work together by bringing on some of the biggest brands in cannabis including Willie's Reserve, Rebelution, 2 Chainz, The Game, Dirty Heads, Broken Lizard and more. 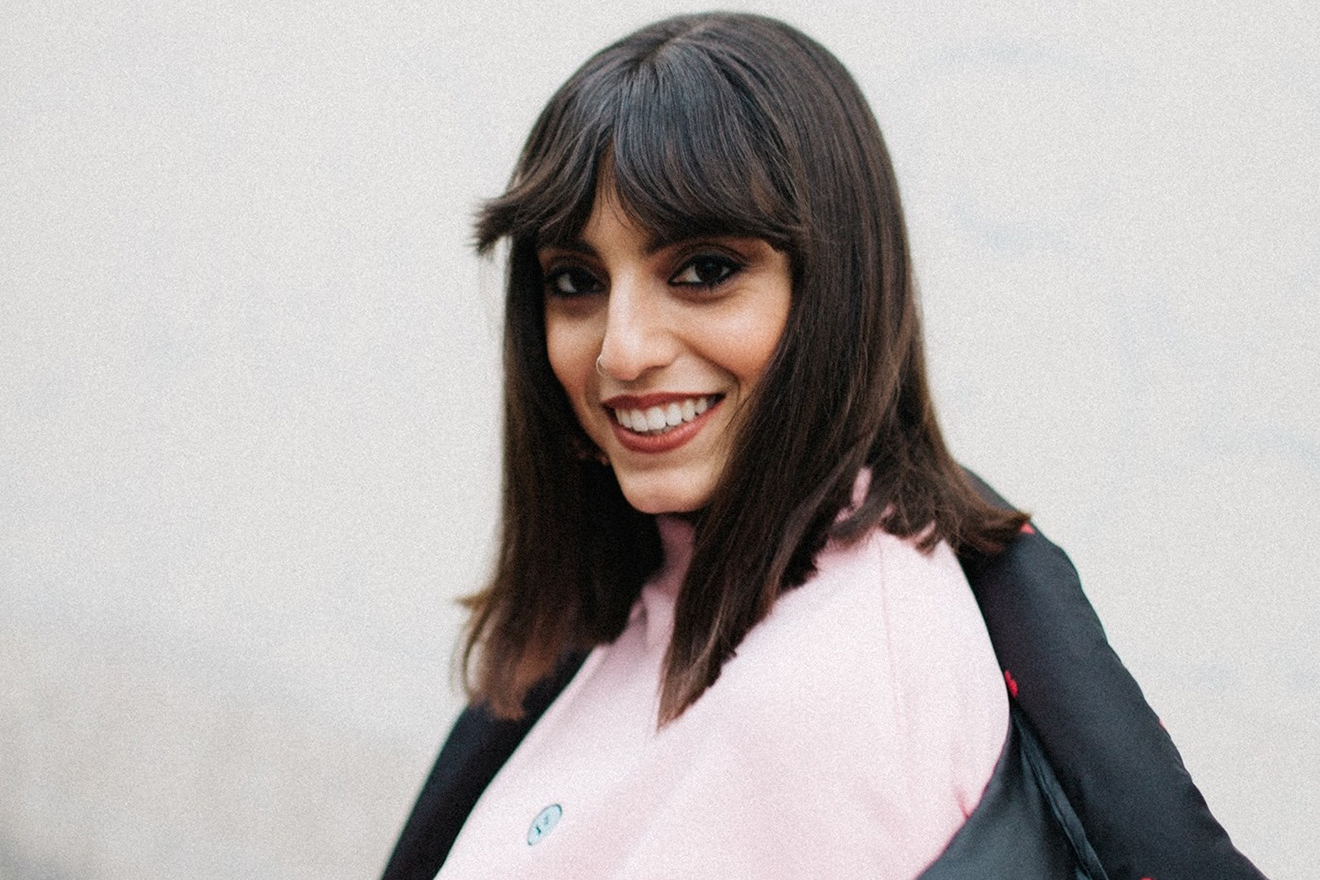 UK artist Madam X is one of bass music's most dynamic and innovative talents today. She's an accomplished DJ, label owner and event organizer with her KAIZEN brand offering up a platform for herself and her peers to deliver the darker sounds of UK bass-driven techno. Her for a late night session at Scratchouse is not to be missed! 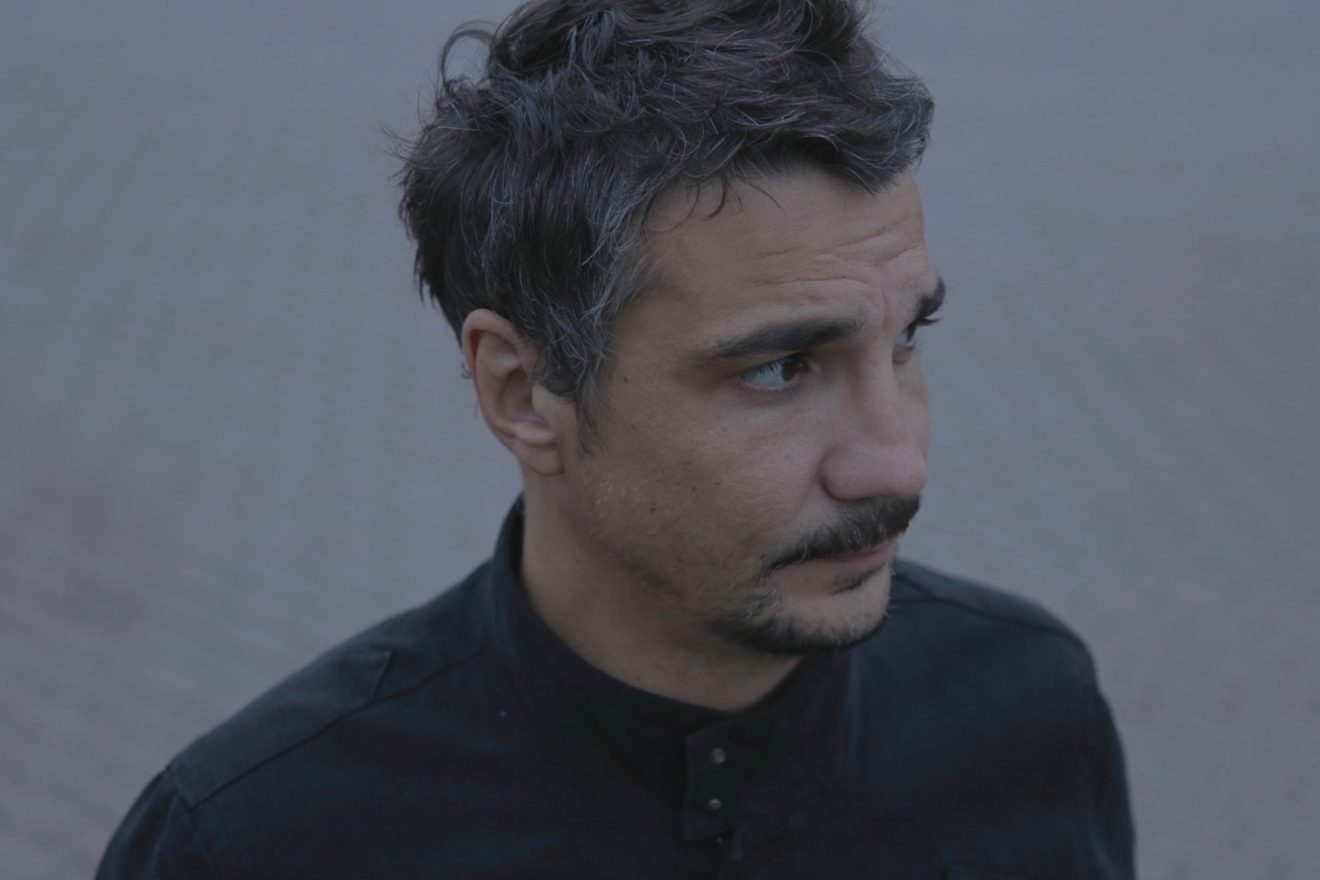 French minimal techno artist DoubtingThomas will bring is textural and nuanced club sounds to The Drafting Room in Austin Texas for a free showcase alongside rising US talents such as Robert Roman, CHKLTE, Diego Santana and more. 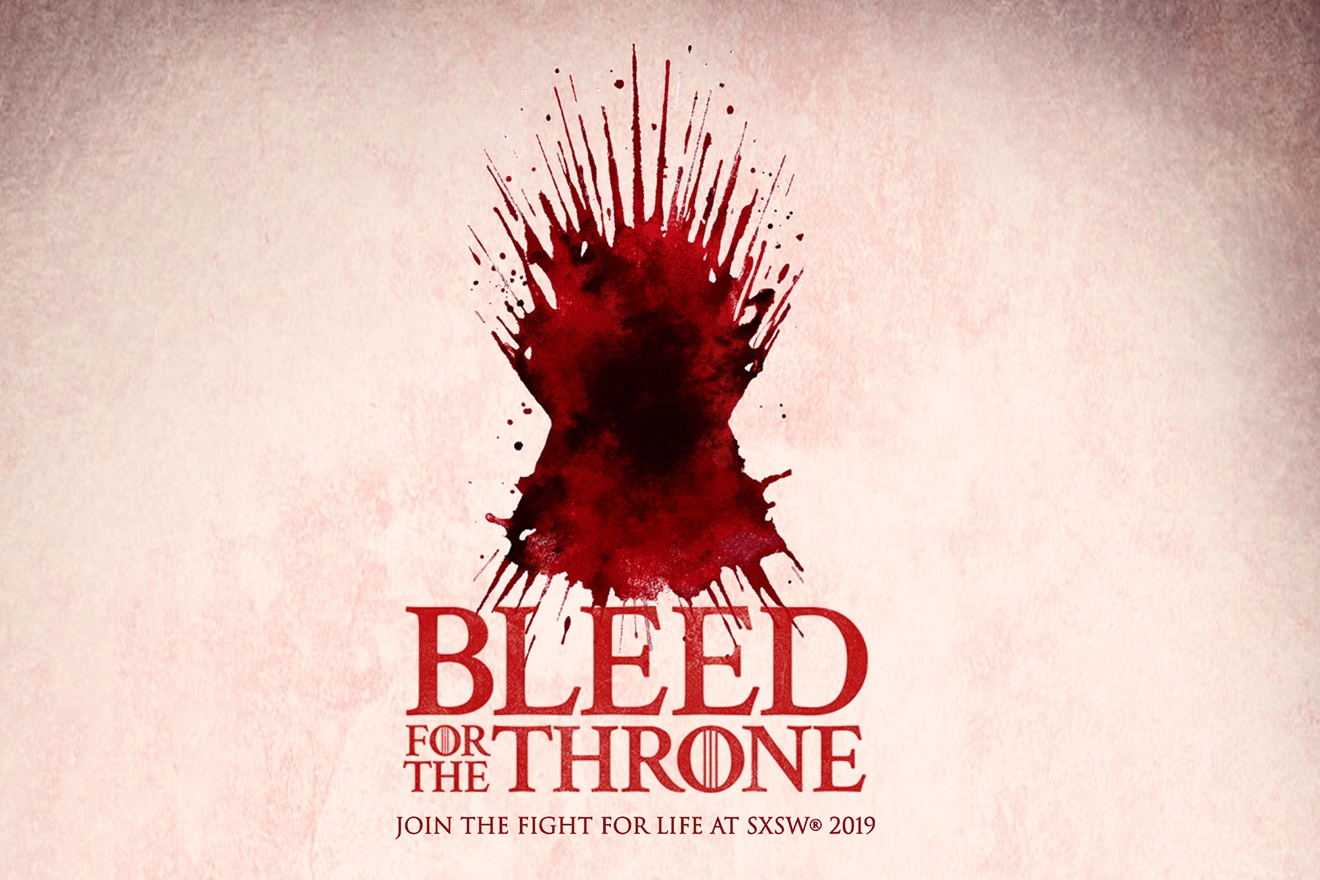 Following the absolutely epic new trailer for season eight of Game of Thrones, everybody’s favorite HBO show heads to SXSW for a creative campaign dubbed Bleed for the Throne. In partnership with the American Red Cross, Bleed for the Throne invites fans to come together for a good cause to donate blood and experience an immersive project themed around Game of Thrones. (However, those interested in attending without donating blood will still be allowed). 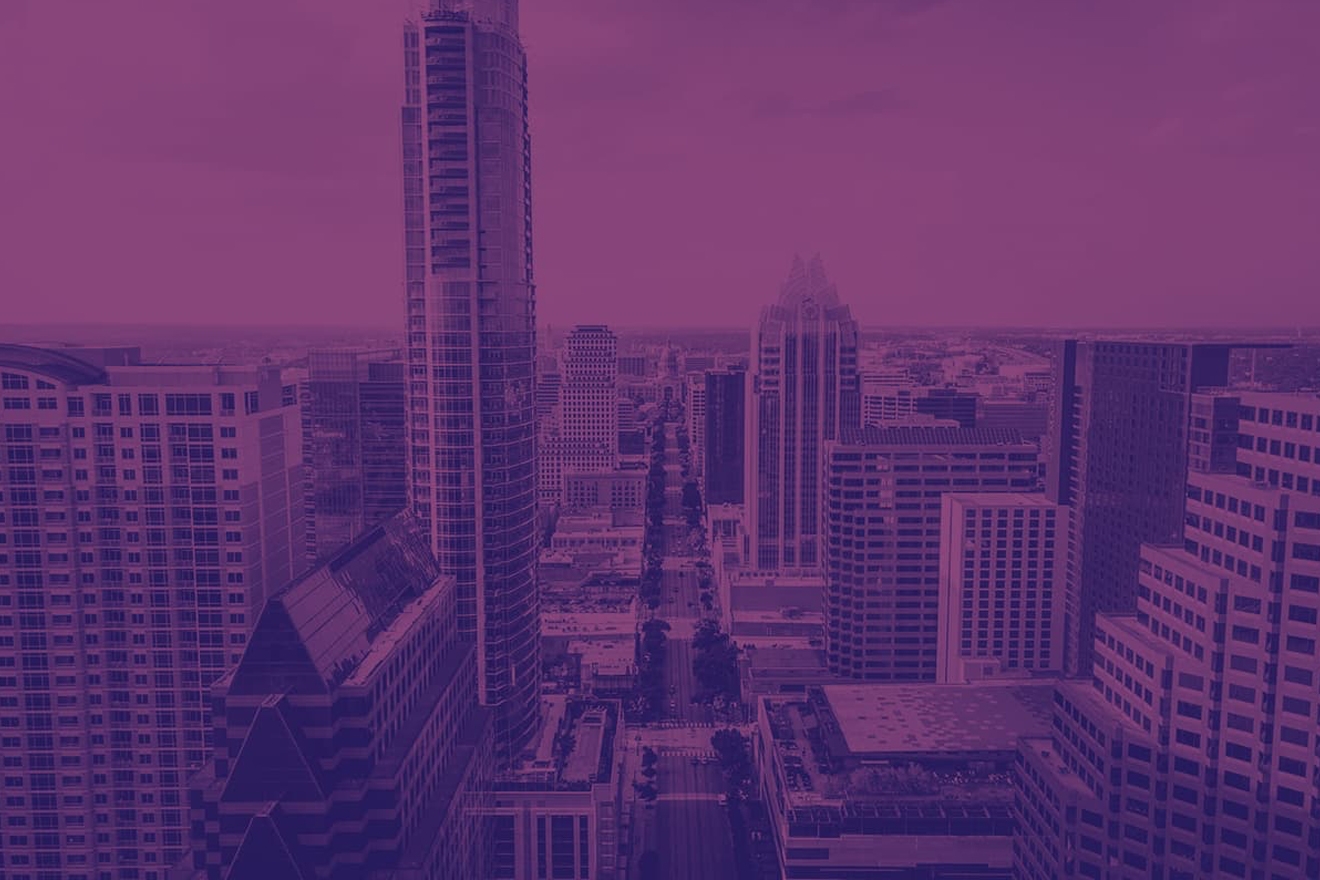 It should come as no surprise that leaders of the blockchain movement have flocked to SXSW, taking over much of the event’s tech interests. For those curious - no matter what your experience with blockchain technologies is - there’s no better destination than the Blockchain House. Powered by blockchain software Consensys, for four days, the House will host a number of informative sessions: ones for absolute beginners hoping to learn the lingo, highlighting the work of Black Girls Code and discussing the future of blockchain in industries like fashion, health, music, and beyond. For breakout sessions, head to the House’s Lounge, where snacks and happy hours will be hosted.

Find the full schedule for the Blockchain House here. 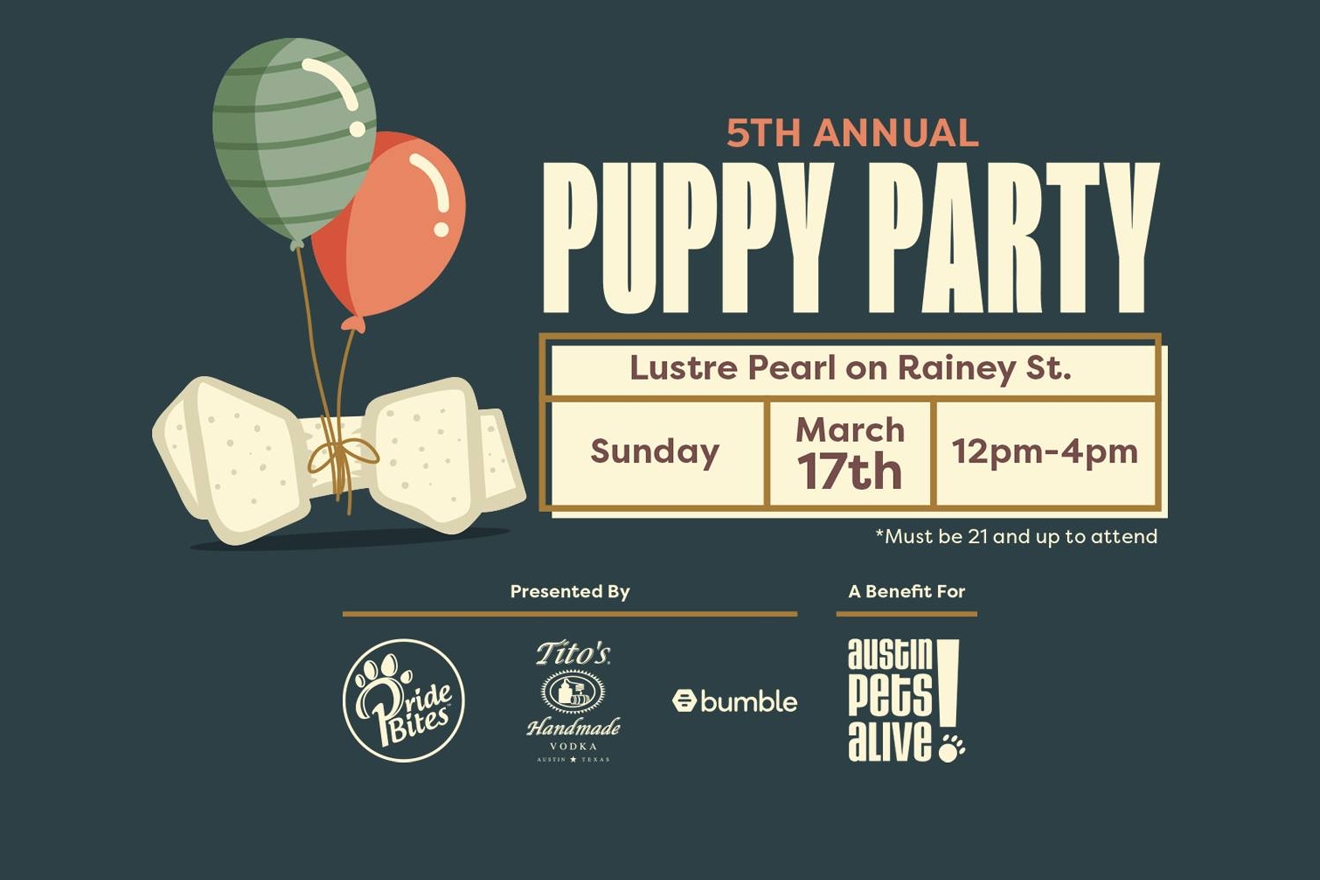 SXSW might look like a party, but there’s no doubt that it can get hectic and stressful, fast. What better way to decompress than at the premier Puppy Party of SXSW? Sponsored by a slew of brands, there perhaps is no more important than Austin’s very own Austin Pets Alive, who will also be bringing very cute and very adoptable puppies to the party. On March 17th, be sure to schedule in some time (if not the entire duration) to check out the party, which will also feature doggy photo booths, complimentary doggie snack samples for your own pup and very pettable puppies.