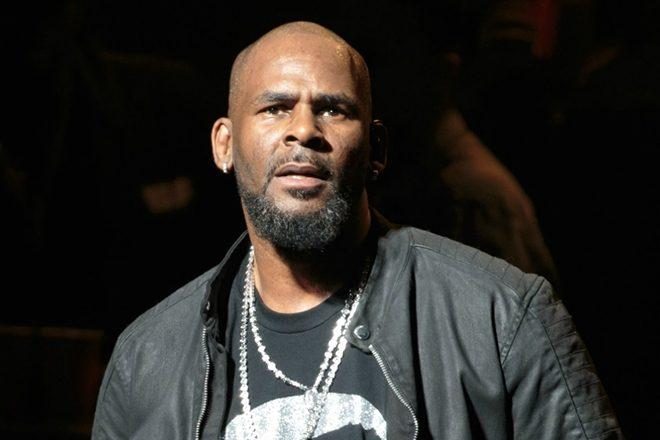 An R. Kelly (pictured) associate has pleaded guilty to trying to bribe a witness in order for her to drop claims towards the singer.

Richard Arline Jr. was charged last year of offering $500,000 to a woman, in order for her to reverse allegations that R. Kelly entered a relationship with her when she was 17-years-old. R. Kelly is currently on trial for allegedly running a sex ring of involving underage girls.

The witness recorded phone calls she had with Arline Jr. and someone else between May and June last year, according to Courthouse News. Arline Jr. alluded to the fact he had access to R. Kelly's funds, but the woman reportedly said she “wouldn’t go for half a million,” according to Arline Jr.'s indictment. It also states the woman said she would need $1,000,000 to refuse to testify and would need a transfer within 24 hours.

Arline Jr. was allegedly offering her the money to stop her from sharing videos she had of R. Kelly, with Arline Jr. reported to have said “they just want that to disappear. You know what I’m saying?”

There are also other recordings - separate to phone calls with the witness - of Arline Jr. saying “[s]he got too much. She got too much," referring to evidence.

Arline Jr. pleaded guilty on Tuesday (February 2) via a video call from Brooklyn, New York. He'll be sentenced in June.

R. Kelly's manager Donnell Russell has also been charged for allegedly threatening to leak photos of victims. In January 2019, he is alleged to have wrote to a victim: “Pull the plug or you will be exposed." With the message, he shared nude photos with the accuser partially cropped out.

R. Kelly is currently awaiting trial while incarcerated at Metropolitan Correctional Center in Chicago. He was charged with 10 counts of aggravated sexual criminal abuse in 2019. Another accusation of sexual abuse with a minor was put forward in February 2020. In April last year he asked for an early release due to the coronavirus.

Artists such as Lady Gaga and Chance The Rapper have apologised for working with the 'I Believe I Can Fly' singer.