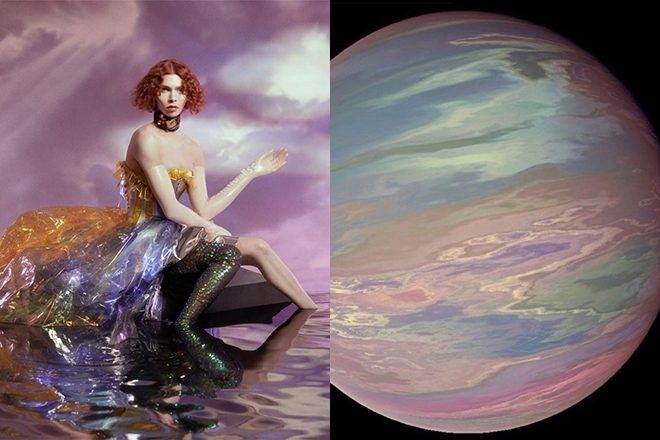 A petition for NASA to name the planet ‘TOI 1338 b’ after SOPHIE has gained more than 55,000 signatures.

The circumbinary exoplanet was discovered in January 2020 by high school student Wolf Cukier who was doing an internship at NASA’s Goddard Space Flight Center research laboratory.

Artist renditions of the planet bear a striking resemblance to the purply dreamscape that SOPHIE inhabits on the cover artwork of debut album ‘OIL OF EVERY PEARL’S UN-INSIDES’, which was nominated for a GRAMMY.

The petition was started by Christian Arroyo, who wrote “many fans noticed the similarities between the interpretations and the aesthetic sense of SOPHIE’s visual work, specifically the cover for her 2018 album ‘OIL OF EVERY PEARL’S UN-INSIDES’.

“I am requesting, at the discretion of the incredible scientists who discovered the planet, that TOI 1338 b be named in honor of the great LGBT+ influence, SOPHIE. Her fans would love to pay homage by having her name be remembered in this way and for her influence to continue to flourish for years to come.”

Arroyo also wrote: “Sophie Xeon, known mononymously as SOPHIE, was a highly influential singer, songwriter, and producer who was a great inspiration to the LGBTQIA+ community. Her messages, actions, and music left an insurmountable impression on many LGBTQIA+ individuals. She always pushed a message of individuality and expressing your true self which resonated throughout everything she did.”