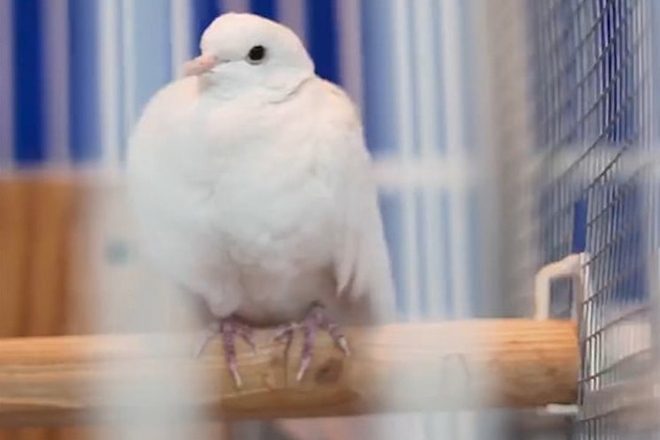 Divinity, who Prince adopted alongside a male dove called Majesty, passed away due to old age. She was 28-years-old, as confirmed by Prince's estate.

Alan Seiffert, the executive director of the estate, said: “She was one of the enduring links to Prince for thousands of fans. She will be missed."

Read this next: Check out these previously unreleased photos of Daft Punk, David Bowie, Prince and more

Divinity lived at Prince's Paisley Park home in Minnesota and greeted visitors when it was turned into a museum in 2016 after the singer's death.

Fans of Prince, who passed away in 2016, will know he had a number one hit called 'When Doves Cry' in 1984, the video of which featured Prince with cameo appearances from doves.

Read this next: Prince's catalogue is widely available on streaming platforms for the first time

In August last year an unreleased Prince track called 'Cosmic Day' came out as part of a 'Sign O' The Times' reissue. A Prince memoir, The Beautiful Ones, also came out in 2019.

In 2018 a former pressing plant employee revealed he had rare Prince album, The Black Album, dubbed the "most expensive album of all time".