Mount Kimbie return next month with their searingly brilliant third album ‘Love What Survives’. It’s the duo's first LP since 2013’s ‘Cold Spring Fault Less Youth’ and they’ve been building up to the release in fine fashion.

In April, they dropped a surprise collaboration with James Blake called ‘We Go Home Together’ that we described as a “welcome addition” to the “emotional bass banger” genre, and this summer they've been relentlessly touring with stops at Mysteryland and Pukkelpop.

Mixmag met Kai and Dom over pints in a sunny London beer garden to find out exactly what we can expect from their first album in four years. 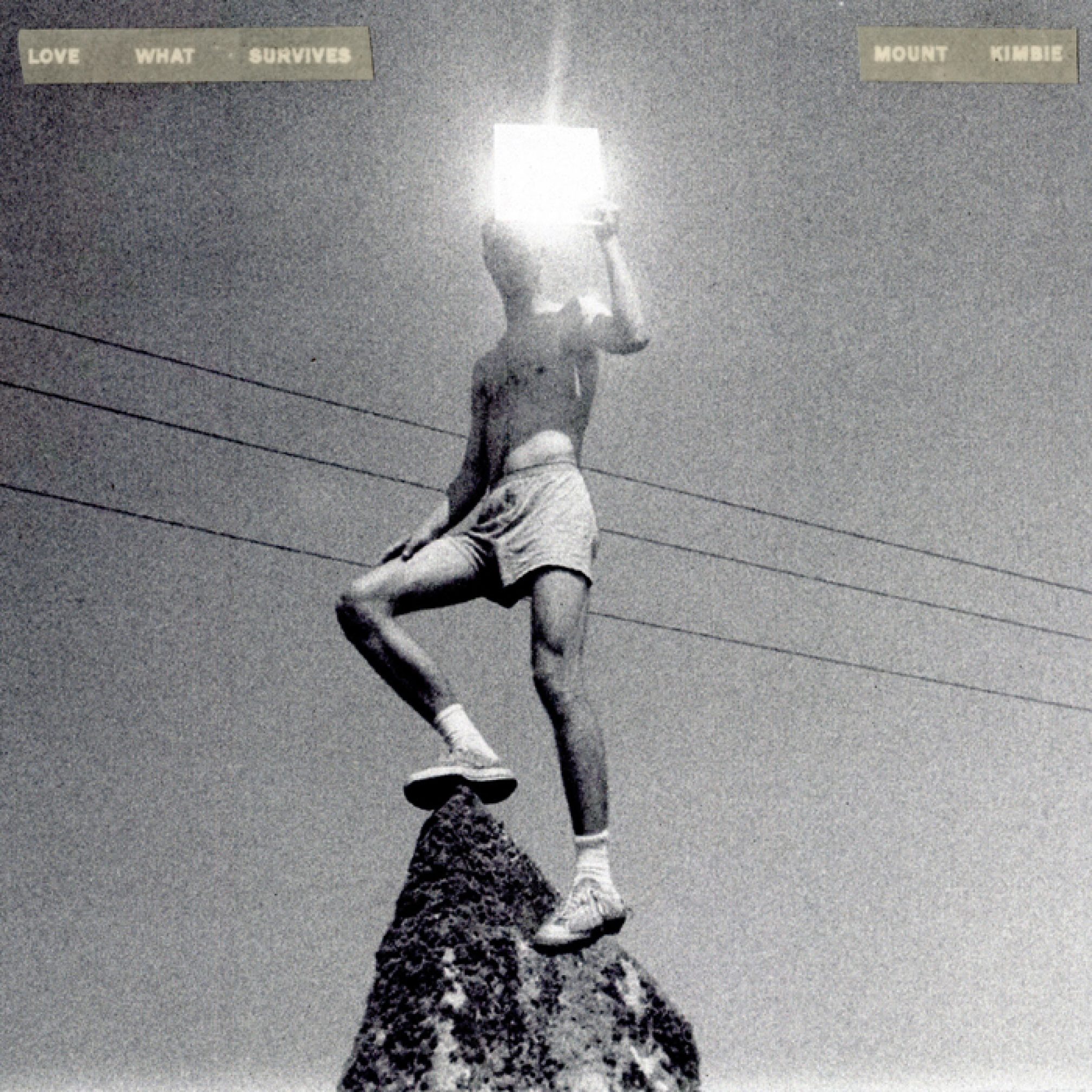 1 King Krule is back!

For anyone who fell in love with Kimbie’s second album ‘Cold Spring Fault Less Youth’, much of its appeal came from the London duo swapping the gentle soulfulness of debut album ‘Crooks & Lovers’ for the primal snarl of King Krule’s vocals. Well, the good news is that KK, aka Peckham boy Archy Marshall, is back for round two, appearing on the rousing ‘Blue Train Lines’ on the new record.

“The great thing about Archy is that even though he’s an incredible frontman, he’s always completely in service to the song,” explains Kai Campos. “I remember when we first heard him. What he did wasn’t similar to us but we just thought, ‘Fuck, there’s something about this guy that will work with us’. I almost wish we’d poached him and formed a band before he got too many ideas about doing his own thing!”

When Mixmag asks what they were listening to while working on the record, we get a passionate eulogy on the joy of vintage drum machines.

“There was definitely a moment on the last album where we got really interested in drum machines,” explains Kai. “We recorded in Press Play Studios in Bermondsey with Andy Ramsay, who’s a collector, and he got us interested. But rather than just getting really geeky about the gear, it took us down the route of seeking out music that used these little idiosyncratic boxes. We ended up listening to loads of soul music that used these very primitive boxes: Timmy Thomas and Sly Stone and loads of Krautrock. Very human music, but made with these machine drummers, and I think you can hear that influence on the record.”

“Mica’s actually one of the biggest influences on how I approach the band,” explains Kai of the London musician who has composed film scores for Under The Skin and Jackie and who provides vocals for the beautifully simple ‘Marilyn’ on the new album.

“I remember playing the first Micachu And The Shapes album loads,” Kai says. “She’s an absolute idol to me. I’d bump into her a lot and just end up saying dumb shit because I was so in awe of her music, but she’d always be generous and say she’d be up for doing something.”

We’re just glad Kai got over his fanboy worship and finally put in the call.

4 They’ve shaken off their inhibitions

“In many ways this is a record that feels more free and uninhibited than anything we’ve done before – which is a state it’s taken us a while to get to,” explains Dom. “Sometimes, we’d have an idea and say, ‘Oh, I don’t think this could be on a Mount Kimbie album - but that voice kept getting quieter and quieter.”

When Mount Kimbie began, they regularly found themselves sandwiched between DJs on a line-up.

“It would always be like Joy Orbison followed by Mount Kimbie in a club and we’d be setting up our live equipment and everyone would be looking a bit confused,” explains Dom. “Then we had some experiences of playing festivals and seeing bands like Kindness, Wu Lyf and even Archy’s live show and thinking, ‘Fuck, I want a bit of that’.”

Their live set-up now consists of the duo plus Parisian singer and vocalist Andrea Balency (who also appears on the album), and a drummer. “We’ve got a really good foundation that’s not too rigid and can incorporate different things,” explains Dom. “But it can also function as a pretty conventional four-piece if you want it to.”

“The live show might even be a better representation of what we were trying to do with the record,” adds Kai. “It’s a different thing, but the energy between the people on stage is incredible at the moment.”

6 ...And they want to win over the young and the old

“I’d really like this record to connect with a broad range of people,” says Kai, between sips of pale ale. “It’s really easy just to keep playing to your peer group and the kind of people you’d expect to like Mount Kimbie, but I always really like it when you’re playing a festival somewhere and a load of 50-year-olds turn up and bring their kids and they all get into it. You see a 50-year-old guy getting into something down the front and you think ‘Fuck, that’s guy’s heard a lot of music in his life.” 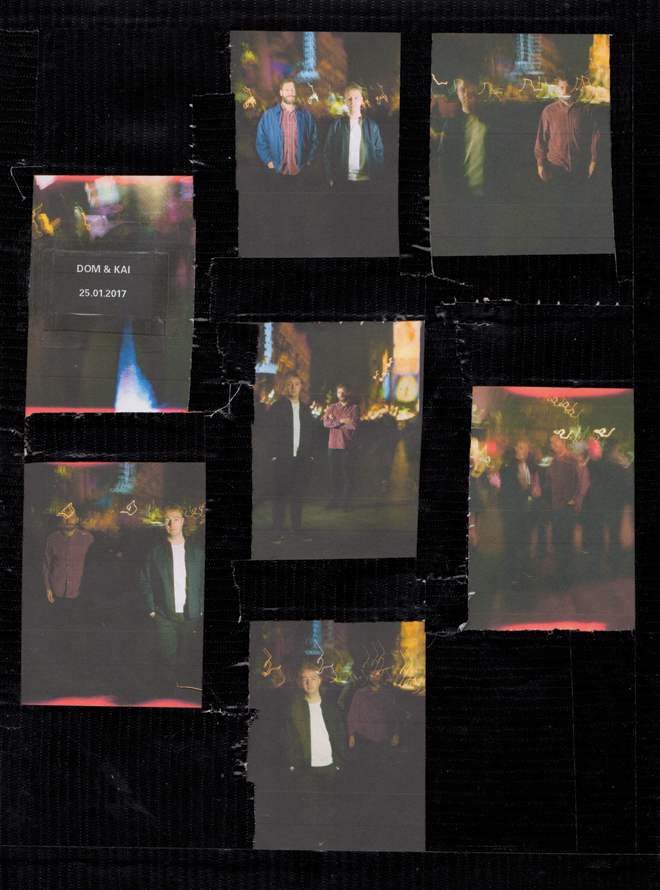 When Mount Kimbie first emerged in 2010 they were quickly lumped in with a bunch of artists who were making music loosely influenced by the then thriving UK dubstep scene, but that didn’t necessarily sound massively like it. Artists ranging from James Blake to Joy Orbison to SBTRKT all got placed under the umbrella. And seven years in, they’re still getting it.

“That tag has been phased out so slowly!” laughs Dom. “We were playing a festival in Holland last week, and I don’t know why it is, but they always have a festival announcer in Holland. Anyway, we’re about to come on and all you hear is Dutch words you don’t understand and then the words ‘post-dubstep party’!”

“When we began we were very inspired by dubstep and slipstreamed a lot of the energy coming from that scene,” explains Kai “And that term completely made sense then. But it was a very short space of time where it made sense as a term. Dubstep means something completely different now, so it’s difficult to use that term with any accuracy.”


This feature is from the September issue of Mixmag