Warp 30: "Every time there's an anniversary, we subvert the idea of patting ourselves on the back" - Cover stars - Mixmag
Home Latest News Menu

Warp occupies a truly unique position in the electronic music world. Founded in Sheffield in 1989 as an offshoot of the FON (‘Fuck Off Nazis’) studio and record shop, it revolutionised music several times in quick succession. First it was the lynchpin of ‘bleep and bass’, cementing a uniquely UK techno sound and introducing the sub-bass that would underpin hardcore, jungle and everything after that. With LFO and Nightmares On Wax, it provided the model for dance music artists building careers around albums, too. Then, with its Artificial Intelligence LP series, it effectively launched electronica as a home listening genre, kicking off decades-long relationships with Aphex Twin, Autechre, Plaid and more into the bargain. And all that was within just its first five years. 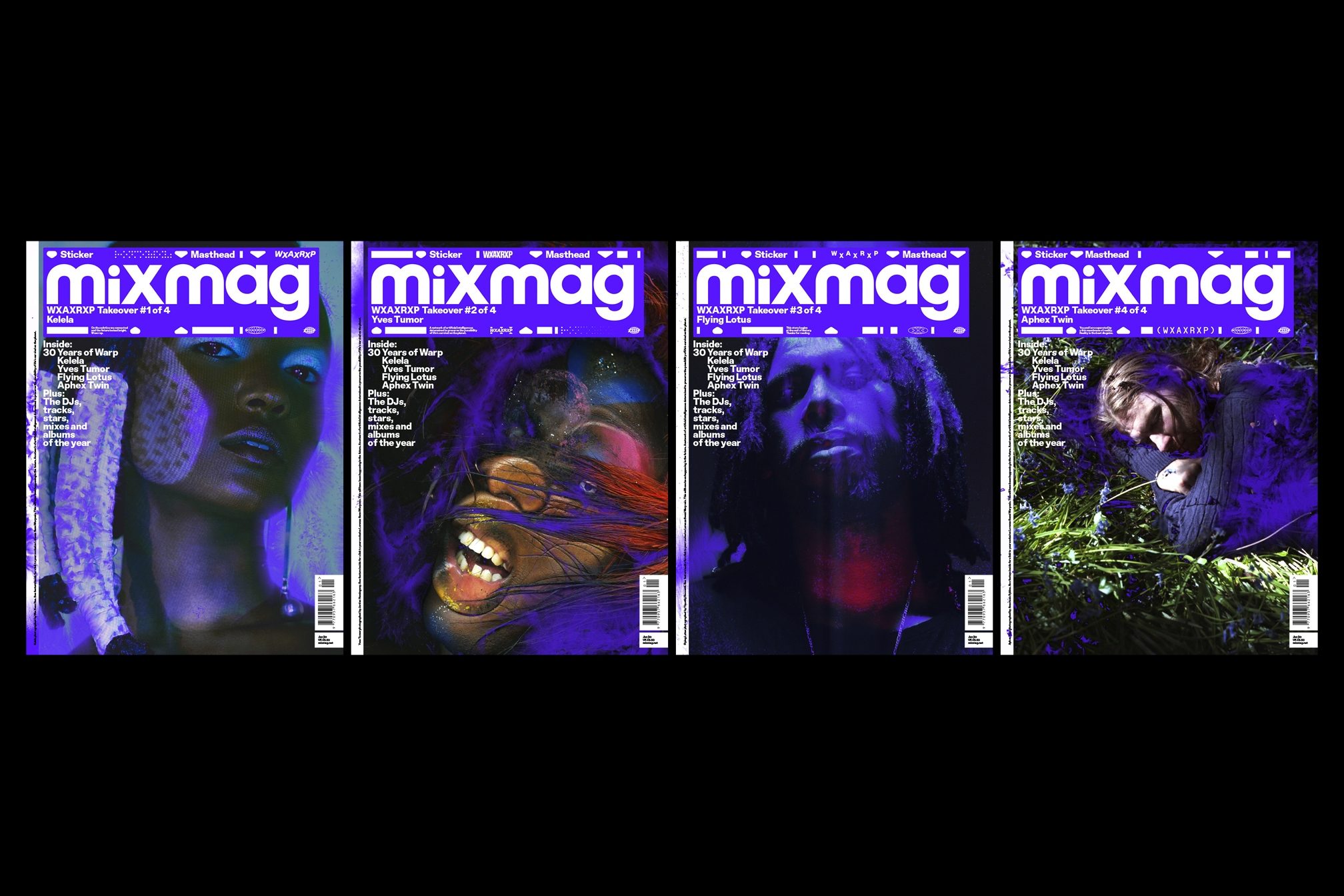 Since then, Warp has expanded in all directions, both literally – relocating its HQ to London in 2000 and later opening NYC and LA offices – and creatively: from psychedelic rock and post-punk via arty ambient and r’n’b to arena-rocking, mind-bending rave and hip hop. It supported its early artists in becoming global leftfield superstars, and has signed many more vital names since, with Flying Lotus, Danny Brown, Hudson Mohawke, Oneohtrix Point Never, Yves Tumor and Kelela added to the classic roll-call of names like Squarepusher, Boards Of Canada and Broadcast, not to mention books, films and art installations and collaborations with stars like Björk, Kanye and Kendrick Lamar to build an unassailable – and still growing – catalogue.

Of the label’s three founders, the maverick studio engineer Rob Gordon split in the early days, Rob Mitchell passed away in 2001, and Steve Beckett is now in semi-retirement – so how much continuity is there from its foundational period? To discuss the label’s 30th anniversary, Mixmag headed to the pleasingly minimalist conference room of the label’s London offices to meet up with label manager James Burton, part of the original Sheffield team and someone who has been with Warp for 22 years, and Stephen Christian, a midwesterner who joined Warp US 15 years ago and is now the label’s overall creative director. The intense but drily funny Christian, with his cropped hair and Alien Workshop skatewear, seems most obviously ‘Warp-ish’ at first, but in fact the laconic, constantly smiley Burton, despite his more formal office attire, is clearly a vital connection to the no-nonsense Yorkshire approach that launched the label – and both radiate a genuine sense of fandom for the label they help steer. 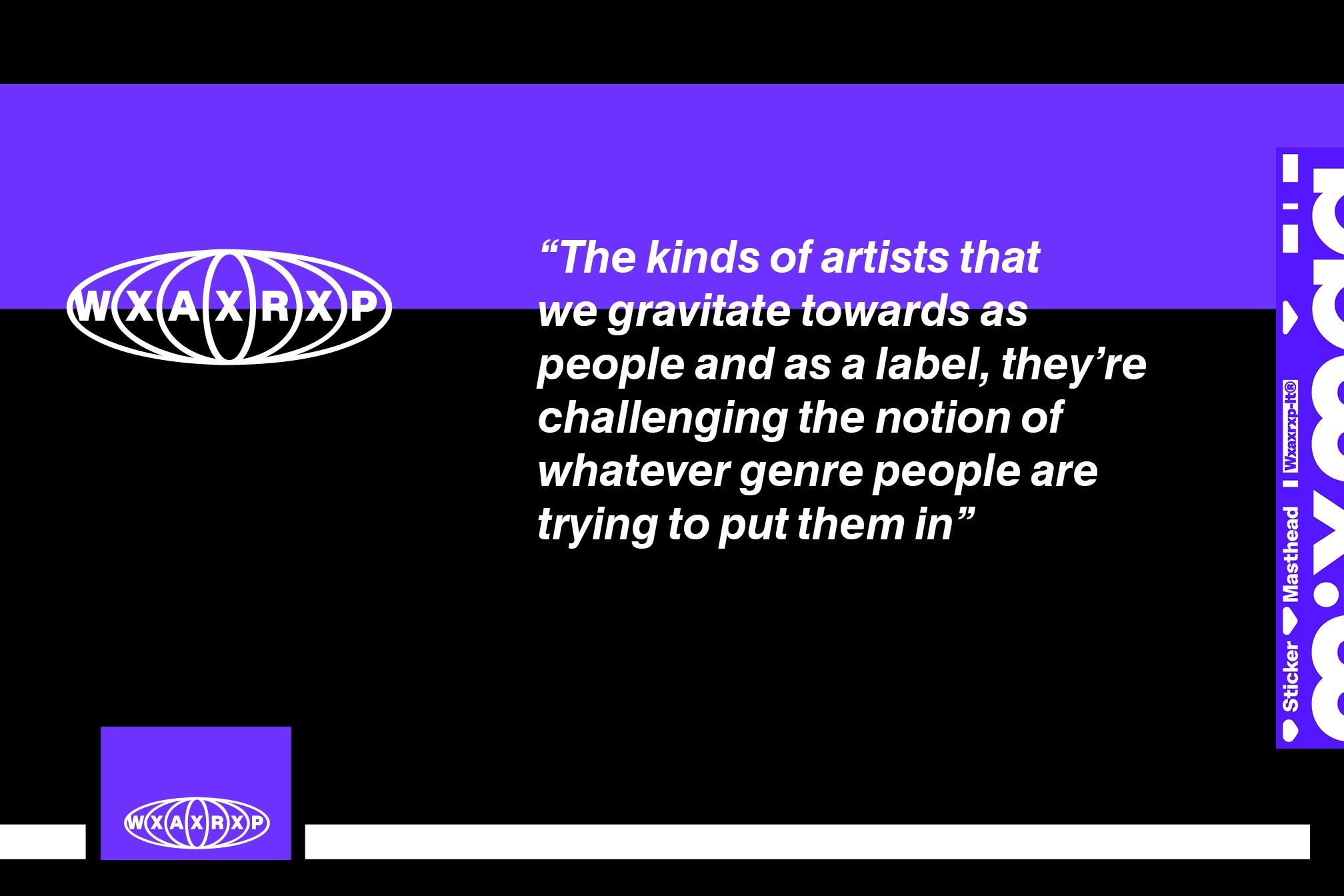 ‘Help’ is the operative word here: constantly, throughout the conversation, the pair talk about Warp as if it is something with a personality of its own. The company may change and adapt, and individuals may make decisions, but, says Christian, “While it’s not as literal as saying there are house rules or a Warp manifesto, I think for me, you can trace a broad philosophy from Aphex Twin through to Danny Brown to whoever, in terms of the kind of artist who’s a Warp artist.” Burton talks about “a real sense of pride at having people who’ve had twenty, thirty-year careers, and grown along with the label. That’s definitely a part of who we are, so whatever we do now is informed by that. Not that we want to be over reverent to the past – quite the opposite in many respects – but you’re always going to be aware of that continuity.” 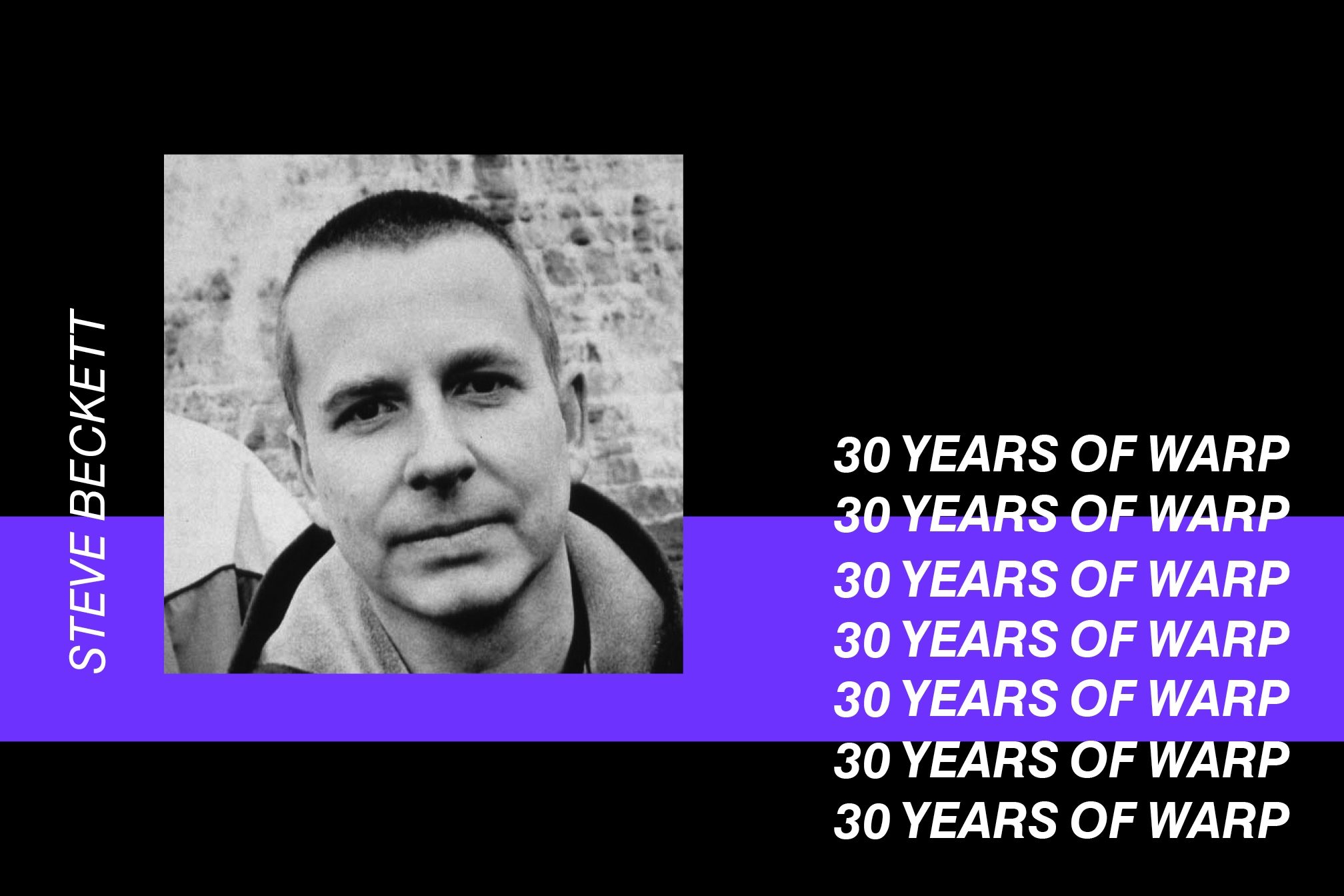 The type of artist that might be a Warp artist can be defined in a pretty straightforward, if paradoxical, way: they fit in because they don’t fit in. “I think it’s not restricted to aesthetic or style or genre,” says Christian. “It’s much more that the kinds of artists that we gravitate towards as people and as a label, they’re challenging the notion of whatever genre people are trying to put them in. I think that’s the unifying thread.” It rather suggests, Mixmag ventures, that the use in the old days of Warp as an acronym for ‘We Are Reasonable People’ was ironic: Warp artists are pretty much unreasonable people in terms of their refusal to fit in anywhere else. “Exactly,” smiles Burton; “they’re outsider voices within the style that they work in... and with a singular vision in terms of both the music and how it’s represented visually, too.” “Right,” agrees Christian; “we’re about artists who build their own world.”

If stylistic changes are tricky to trace through Warp’s 21st-century adventures, you can much more easily chart increasing ambition, commercially and in the wider cultural world. With the latter, it really seems to be a matter of feeling their way. From classic 90s videos by Jarvis Cocker and Chris Cunningham through the 2004 Ether Festival, where Squarepusher, Mira Calix and Jamie Lidell teamed up with the London Sinfonietta – presaging the current wave of electronic/orchestral collaborations – to Oneohtrix Point Never’s recent sculpture/installation/‘concertscape’ MYRIAD, the label has regularly trampled into the realms of the art establishment. 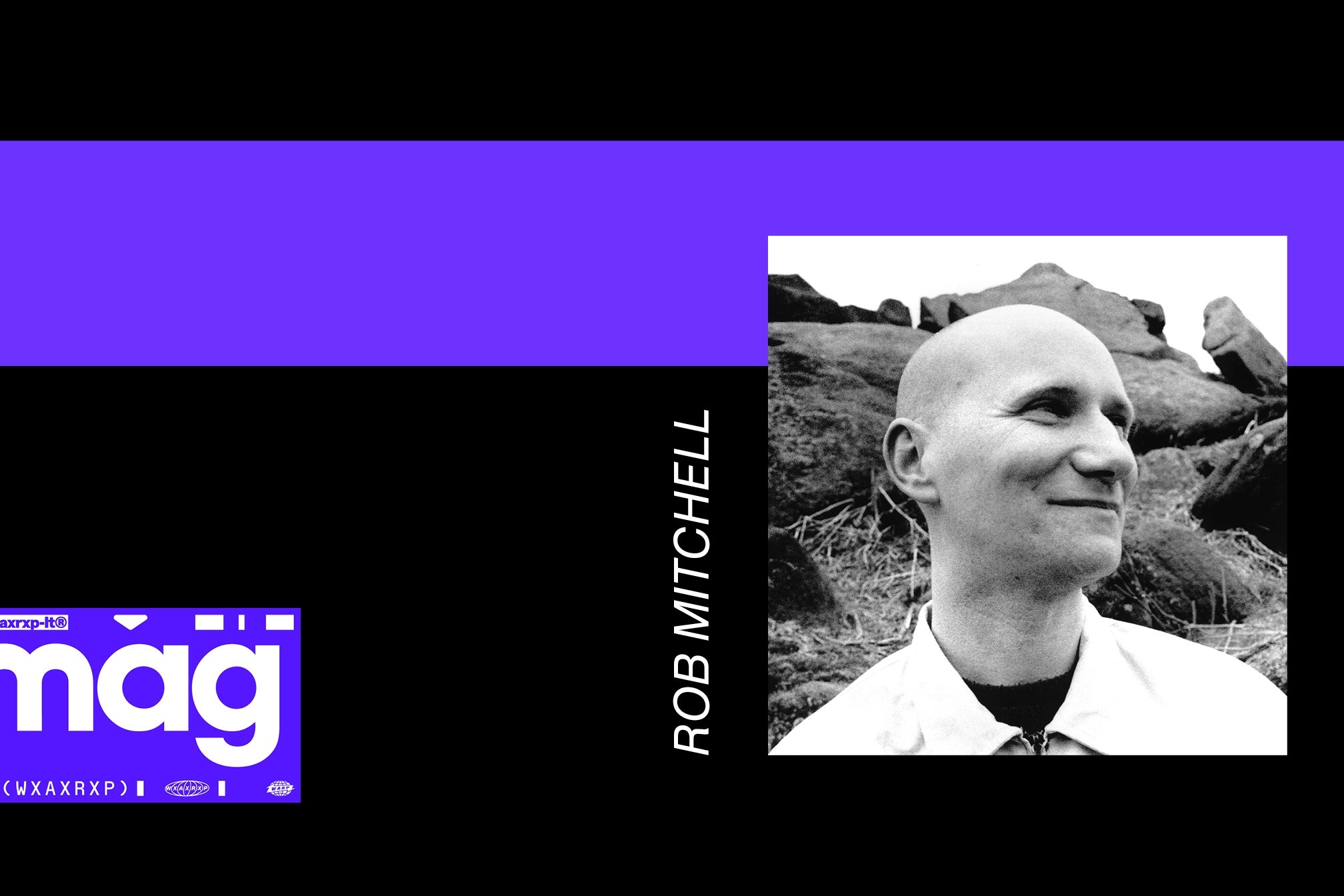 “I think,” says Christian, “that we probably exist more in the contemporary art world in just about any of our label peers – completely unintentionally, just because of the people we work with, be it video directors or designers or visual artists. Because we put such an emphasis on the visual side of things, if you look at a list of people we’ve worked with so many of them are represented heavily in the contemporary art world.” But Warp has never been firmly planted within that world, nor has it been a complete outsider. “We approach every project and every collaboration as new,” says Burton. “I think you have to; it’s such a broad church. if you just plonk a DJ in a gallery without offering context it can be meaningless.” “It falls flat if the two worlds aren’t in dialogue,” agrees Christian, “but whether you’re working with an artist, a brand, an institution or whatever, if you’re creating something that couldn’t have happened otherwise there’s the potential for it to be greater than the sum of its parts.

When it comes to commercial ambition – though it might come as a surprise to those who see it as being about weird or out-there music – the label is extremely comfortable with crossing over. But then it has never been underground for the sake of it; its fifth release, after all, was LFO’s ‘LFO’ single which hit the UK charts and sold well over 100,000 copies, while Aphex Twin, Nightmares On Wax and others have reached huge audiences. “If there’s one mission statement,” says Christian, “it’s to translate ideas that aren’t mainstream to a mainstream audience.” Already this decade Warp has nurtured the wonky, trippy beats of Flying Lotus and Hudson Mohawke even as they were working with Kendrick and Kanye. And of the newer generation of signings, the smoky r’n’b of Kelela and the dazzlingly ambitious, Radiohead-ish songs of Yves Tumor’s ‘Safe In The Hands Of Love’ album are easily reaching mainstream radio. Could Warp support a breakout pop hit? “Abso-fuckin-lutely,” says Christian, “It’s the same as Aphex playing bigger stages: you support their ambition as it’s growing, and just hope that you can facilitate that quickly and sensitively enough. All of it is about seeing what you can get away with!” 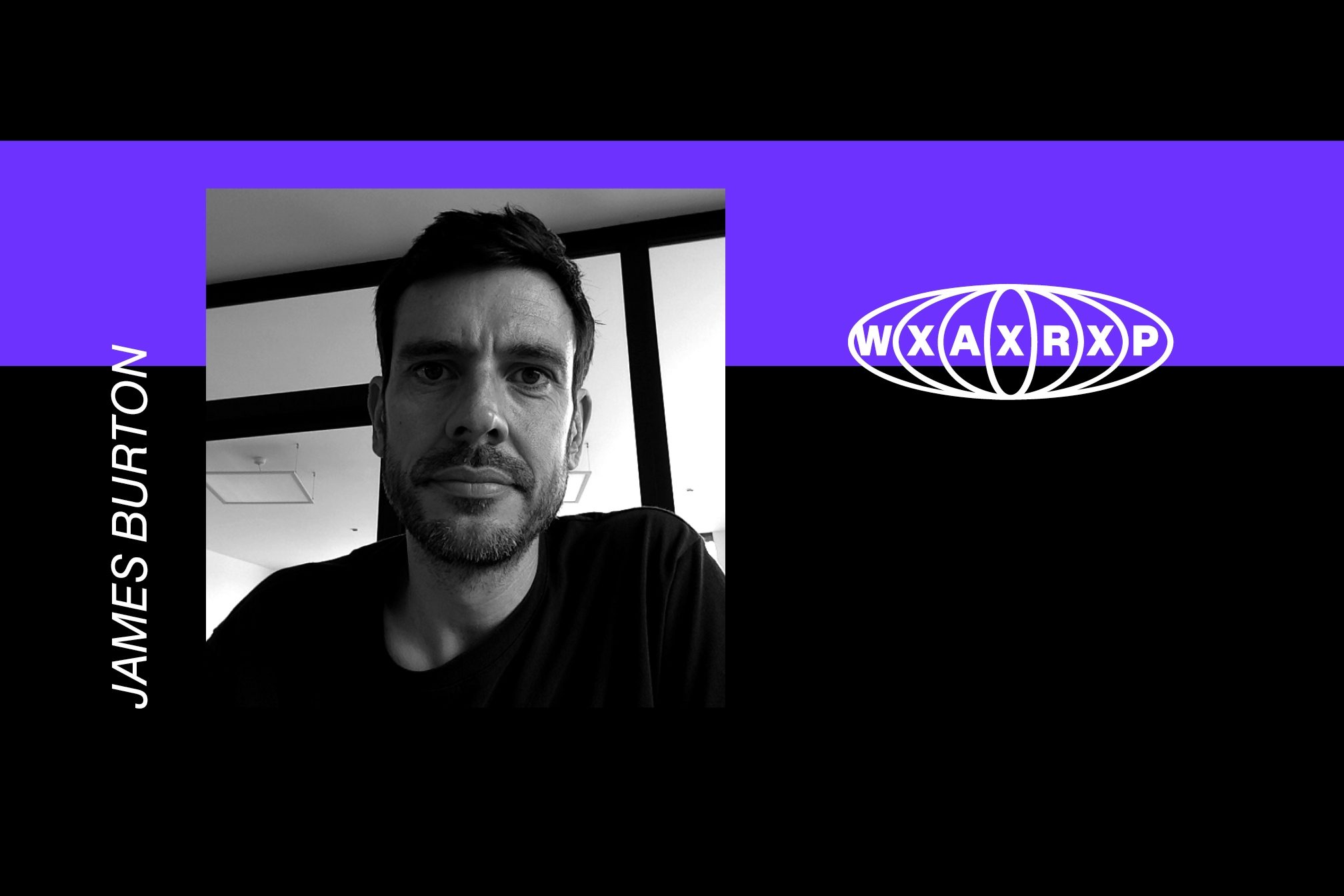 And so, at 30, the overwhelming feeling with WARP is of confidence. It’s very clear that they’re as comfortable now with their neither-outsider-nor-mainstream status as they were in their first decade (Burton laughingly recalls one of his earliest experiences at Warp, back in ‘97, of fans accusing Squarepusher of selling out for having catchy synth melodies in his ‘Big Loada’ EP). More than anything, the birthday milestone is being treated simply as an excuse to do more good stuff: notably the weekend-long NTS Radio takeover earlier this year, and the box set that has followed. “Every time there’s an anniversary,” says Christian, “the question is how we subvert the idea of navel-gazing or patting ourselves on the back. It’s quite a dry thing really, so we have to come up with something creatively rich and artistically rewarding – otherwise you’d never be able to persuade the artists into it!”

“If there’s one thing the anniversary does,” continues Burton, “it’s create the chance for everyone to talk about the label, talk about what it does, and just strengthen some of those links. That’s what the NTS takeover did – we were getting emails from artists saying how much more aware they were of what other artists were doing, it sparked collaborations, that kind of thing.” But it doesn’t even need an anniversary for this to happen. From the label taking over the Tate with Jeremy Deller to Autechre releasing 28 hours of live audio in one go to Mira Calix soundtracking kinetic light sculptures in the West End of London, Warp is always pushing beyond just being a record label. It’s done that since the start, which is why it remains a beacon for electronic and leftfield music, showing what can be achieved with the right mix of dedication and bloody-mindedness. 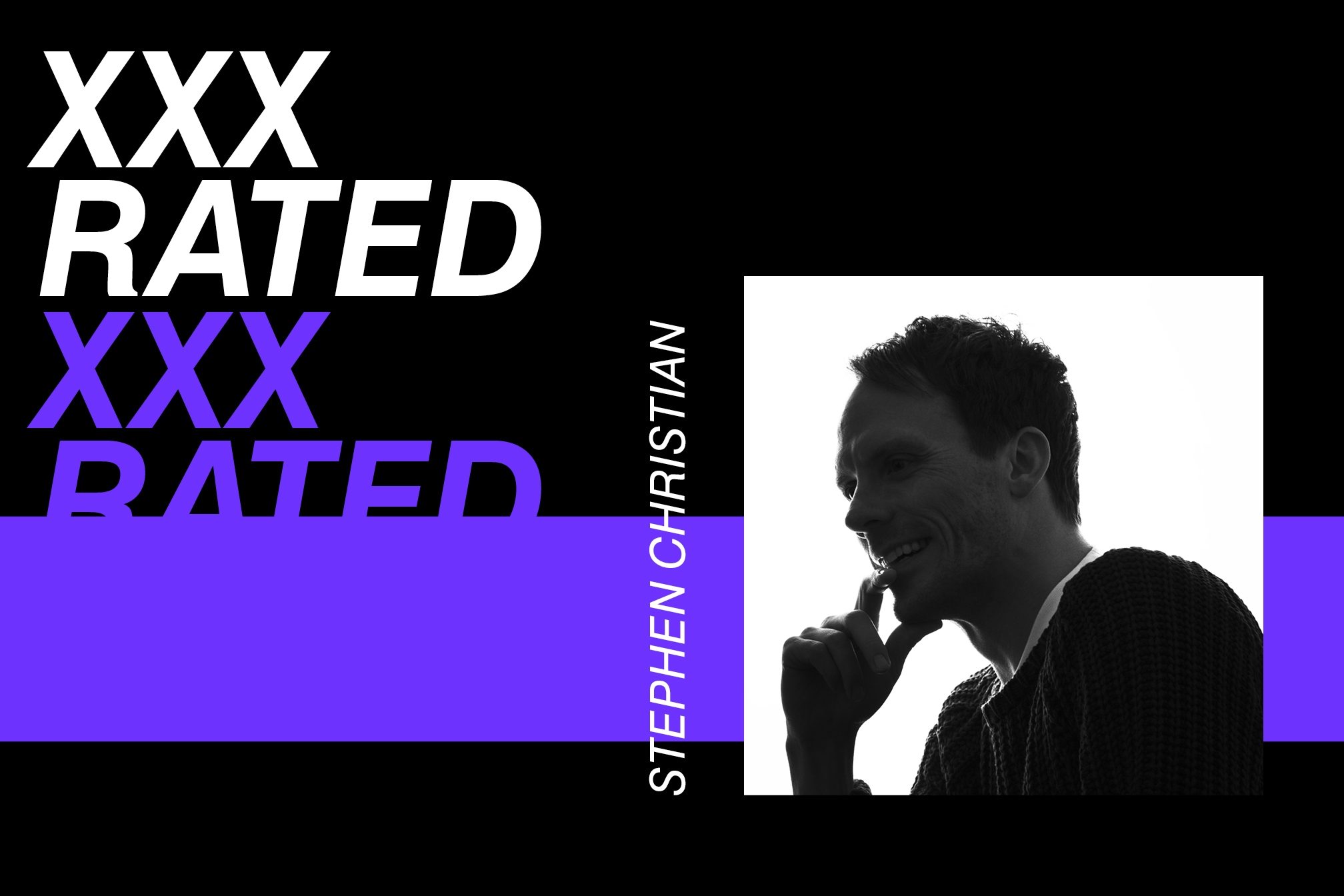