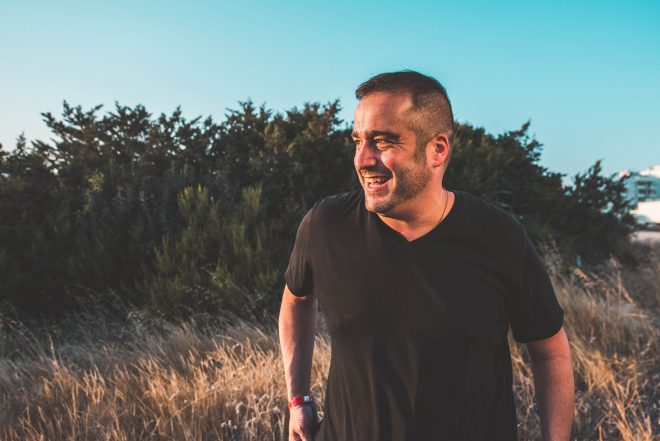 Todd Edwards about his experiences with depression and insecurity during his 20s in a new interview with the Guardian.

Despite Edwards’ music blowing up in the UK in the 90s, the New Jersey-hailing DJ spoke about how he wasn’t in a fit mental state to be able to cross the pond and reap the rewards.

Read this next: Todd Edwards Picks His 10 Favourite Garage Tracks

“I wish I had been strong enough and in a better place to take advantage of it, but I was a mess in my 20s, dealing with depression and insecurity, social issues,” he said. “I was insecure, stage-fright-based, vulnerable. It’s funny, because I’m a very talkative person and I’ll talk to anyone now, but back then … I was going through so much. So here I am being successful and I couldn’t really fully enjoy it. It’s nothing to pity – this is sometimes how it works.”

“A lot of people thought I was a Black English guy,” he added, talking about the aura of mystique that surrounded his non-appearance in UK clubs.

When he did make it over to the UK in 2003 to play at 4by4 in Romford, it produced one of the most legendary rave clips of all time, with a heaving crowd absolutely losing it as Edwards looks on in a mixture of excitement and shock.

“The American DJ was kind of cool, calm, collected, it was like this sombre thing,” he said to the Guardian’s Alexis Petridis. “I mean, I didn’t know what a rewind was. I didn’t know they had MCs chanting and getting the crowd riled up and stuff. The communication between the audience and the DJ was like nothing I’d seen before. Which gave me a new admiration for what DJing was in the first place.”

Edwards, who worked with Daft Punk on 2001 hit ‘Face to Face’ as a producer and vocalist, also spoke about being too depressed to return calls to the French duo requesting he perform with them at their legendary Coachella gig in 2006.

He said: “It was almost like the yin and yang scene in a movie – like you see them doing well and here I am, bottoming out and embarrassed, no energy to do this. There was no money coming in; I had a house for a little while and I ended up selling that. It was like I was going backwards. You feel frustrated – it’s emasculating to a certain extent. I had to move back into my parents’ place. I was getting bad advice from counselling – so many negative things.

He revealed he eventually got back in touch with Daft Punk after reaching out to congratulate them on the release of their Tron:Legacy soundtrack.

He reveals Thomas Bangalter responded saying: “‘You were one of our favourites to work with, but we lost touch with you.’ I’m like, well, you could have just emailed me, and he goes: ‘No, we felt it would be better to make the Tron soundtrack to get your attention.’”

They linked up again on Daft Punk’s final album ‘Random Access Memories', which came out in 2013 and won a GRAMMY.